Accessibility links
Reporter Katy Tur Shares Her 'Front-Row' View Of The Trump Campaign Tur was at a rally in South Carolina when Trump called her name and pointed at her from the podium. Then, she says, "The entire place turns and they roar as one ... like a giant, unchained animal." 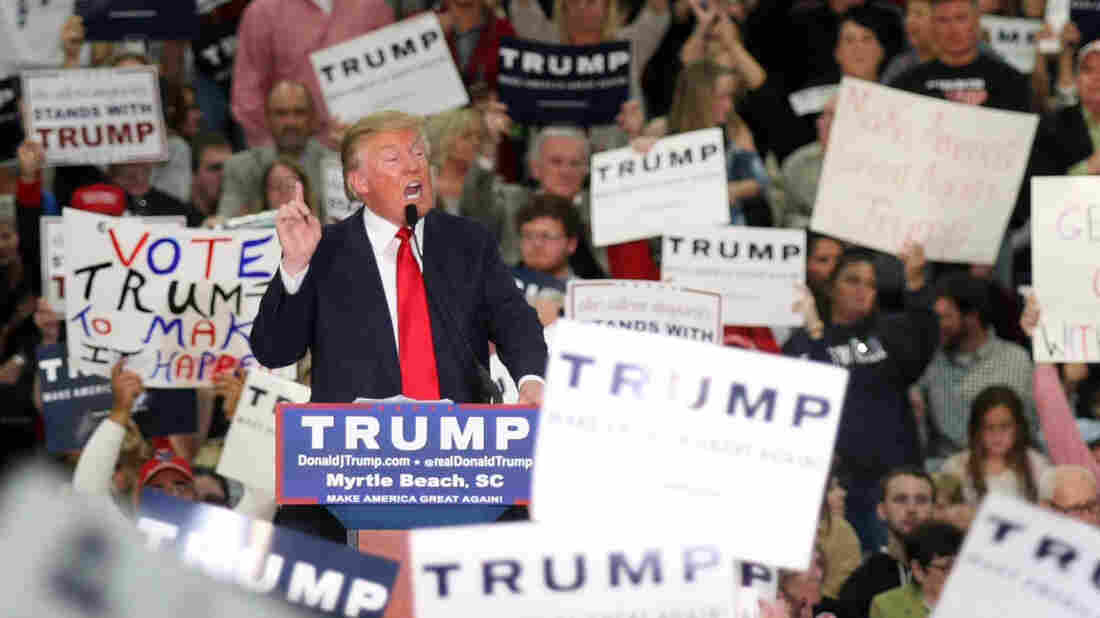 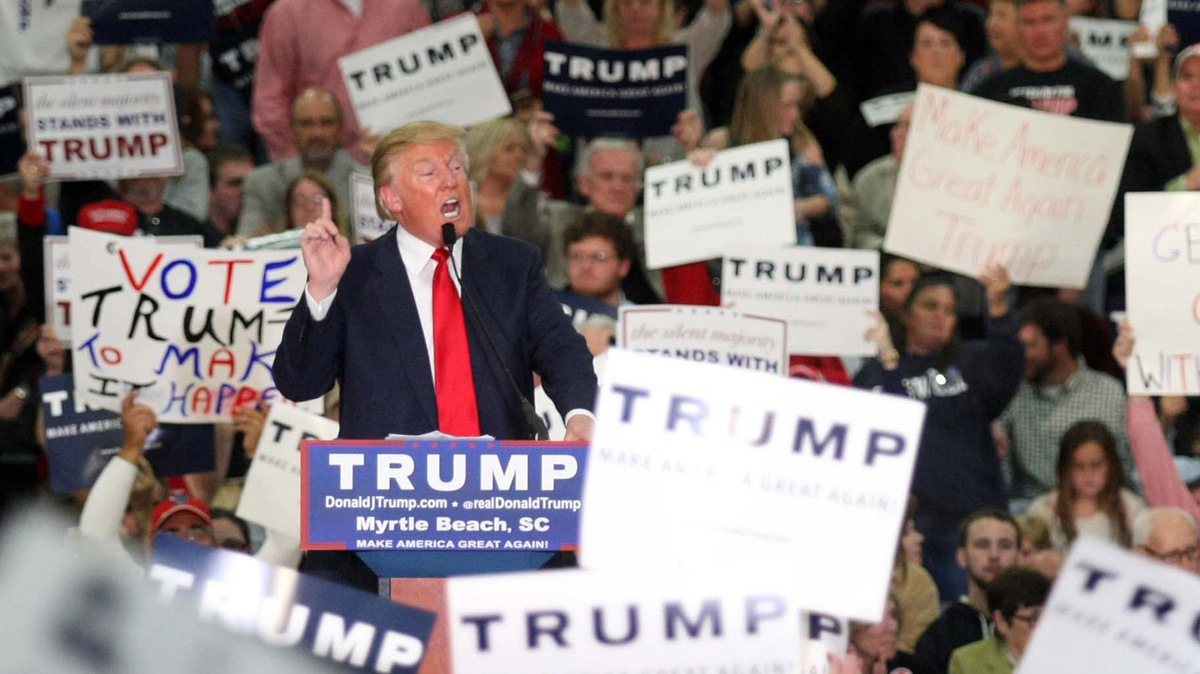 During Donald Trump's campaign for president, there were times at his rallies when he singled out one reporter for criticism. Katy Tur, who covered the Trump campaign for NBC News and MSNBC, remembers those instances vividly.

Then, Tur says, "The entire place turns and they roar as one ... like a giant, unchained animal." Men stood on chairs to yell at her, and she began to fear for her safety. She smiled and waved in an effort to defuse the situation. Later, the Secret Service escorted her to her car.

As the first network news reporter assigned to the Trump campaign full time, Tur became accustomed to jeers and threats from Trump supporters. Now she has written a memoir about her experiences on the campaign trail, called Unbelievable: My Front-Row Seat to the Craziest Campaign in American History.

On feeling afraid of the crowd at the rally in Mount Pleasant, S.C., after Donald Trump called her out by name 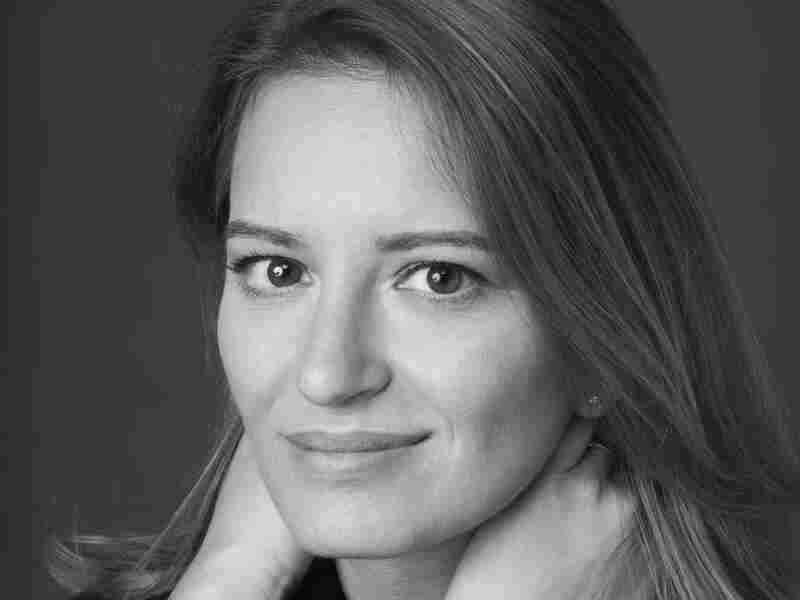 Katy Tur is now an anchor for MSNBC and a reporter for NBC News. Elena Seibert/Harper Collins hide caption 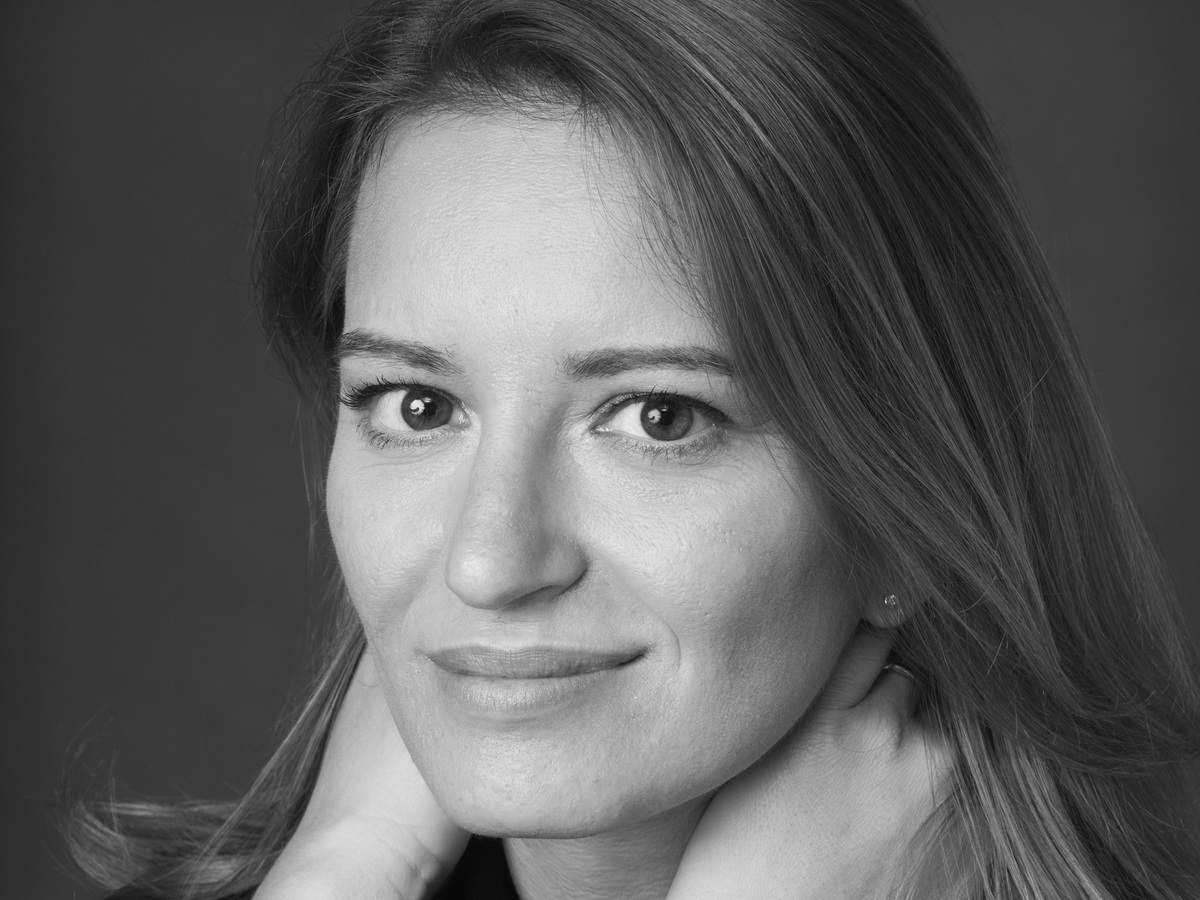 Katy Tur is now an anchor for MSNBC and a reporter for NBC News.

I just remember thinking, "smile and wave." Because if you smile at them and you wave, I had learned up to this point, then you diminish the tension, you defuse the situation, you mitigate it. Because if you look intimidated, if you look scared, people will take advantage, and people will push hard. ... I had felt uneasy before then, here and there, but that day I thought, "This is taking it too far."

I'm 5'2", 5'3" on a good day. ... Marco Rubio [whom Trump calls "Little Marco"] is quite tall. I am much shorter than Marco Rubio. I think he means it not only in a physically demeaning way, but as an intimidation tactic: You're little, you're young and you're inexperienced and you can be pushed around. You're not a political heavyweight. You're not one of the big guns. I presume that's sort of how he means it, but he's also a very literal guy. When he sees someone who is little, and I am little, I think he is apt to say just that, that person is a little person. 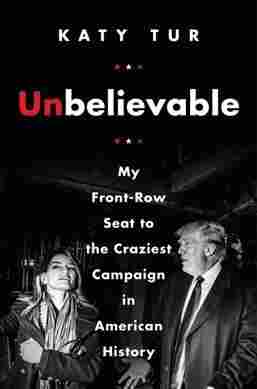 My Front-Row Seat to the Craziest Campaign in American History

This was New Hampshire, and it was early on in the campaign, I think it was Nov. 11, 2015. It was right after the Milwaukee Republican debate, and I am there in New Hampshire, I had just done a hit on Morning Joe, and the question that Mika Brzezinski asked me was about why Donald Trump was changing his tone, because he was nicer in that debate that he had been in the past. ...

And so I was talking about his tone and I guess I came off as relatively generous toward Donald Trump, compared to my previous reporting, because Donald Trump walks in, and he barrels in and the first thing he sees is me standing off to the side, and he comes right up to me, and he kisses me on the cheek. Just puts his hands on my shoulders and pulls me in. ...

I was powerless. I just stood there frozen thinking, "Oh my God, what is this man doing? He's not my friend. He's not my business partner. He's not my social acquaintance. He's not a family member of mine. This is somebody I am covering." This is a presidential candidate; I am the reporter assigned on this beat — it just crosses a huge line. It's so unprofessional and so inappropriate given the circumstances.

I remember being horrified that a camera caught it and that my bosses back in New York would see it, and they would think that I was not a serious reporter and that I was too close to the campaign and I couldn't report accurately or fairly about him or that viewers might think that. I panicked. I went and I found one of our senior producers for Morning Joe and I asked, "Did you catch that on camera?" And he said, "No, we didn't." And I remember breathing a sigh of relief and then hearing Donald Trump brag about it on the air with Joe Scarborough and Mika Brzezinski.

[The interview] put me onto the political scene in a significant way. It was a really contentious and tense interview. I didn't realize how angry he was in the moment while I was interviewing him. I presumed it was all a part of his shtick, it was all part of this show that he has. He's a reality TV show host, he's known for the catchphrase, "You're fired." He's known for getting in people's faces, so I just thought this was him being TV's Donald Trump.

When I watched it on the air, alongside Chuck Todd [NBC's political director and moderator of Meet the Press] ... I couldn't believe how angry [Trump] actually was. He was seething. He never smiled. He was glaring at me the whole time. It was very clear that he had anticipated a much easier interview.

On her parents, who created the Los Angeles News Service, specializing in helicopter footage

They found O.J. [Simpson] on the slow-speed pursuit. They covered the 1992 LA riots and the beating, infamously, of Reginald Denny, a gravel-truck driver who happened to stop at the wrong intersection at the wrong time. They covered almost every police pursuit that you saw in Los Angeles in the 1990s, Malibu wildfires, Madonna and Sean Penn getting married — Madonna ended up flipping my dad the bird — and in one instance a terrible crash at LAX where two planes collided on the tarmac and burst into flames. ...

My mom would hang out over the skids of the helicopter, just strapped in with a harness with a 50-, 70-pound (something like that) Betacam on her shoulder recording the news 100 feet, 200 feet, 500 feet below her. ...

My parents covered police pursuits and it was in many ways the beginnings of reality show TV in this captivating story that was a lot of flash, but not all that much substance. So when they popularized it and made it must-see television in the '90s, you couldn't tear yourself away from a police pursuit; there was cheeky talk, which obviously had a grain of truth to it, that they were responsible for diminishing the seriousness of the nightly broadcast of news. I have mixed feelings about it now, because they covered a lot of really serious stories.

Sam Briger and Mooj Zadie produced and edited the audio of this interview. Bridget Bentz, Molly Seavy-Nesper and Martina Stewart adapted it for the Web.