Accessibility links
With Power Out, Many Florida Gas Stations Remain Closed A lot of people evacuated from Florida in anticipation of Hurricane Irma. Now they desperately want to come home, but the lack of fuel is making that tough. 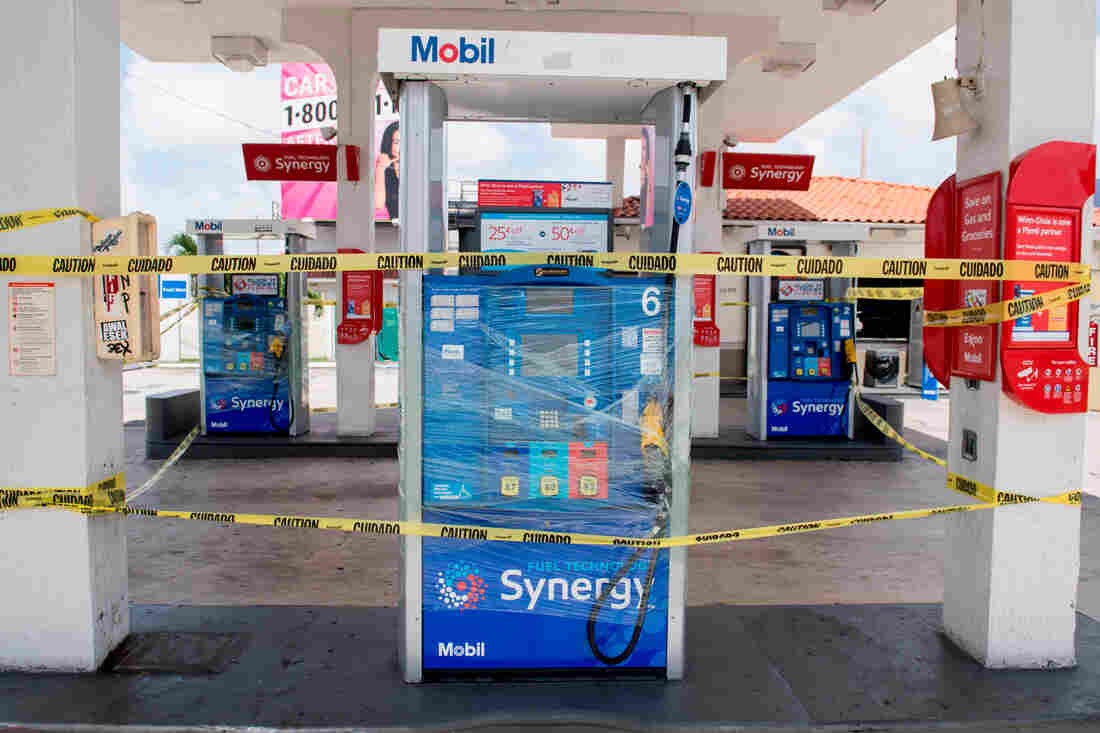 Empty pumps are surrounded by tape at a Mobil gas station in Miami on Friday. Saul Loeb/AFP/Getty Images hide caption 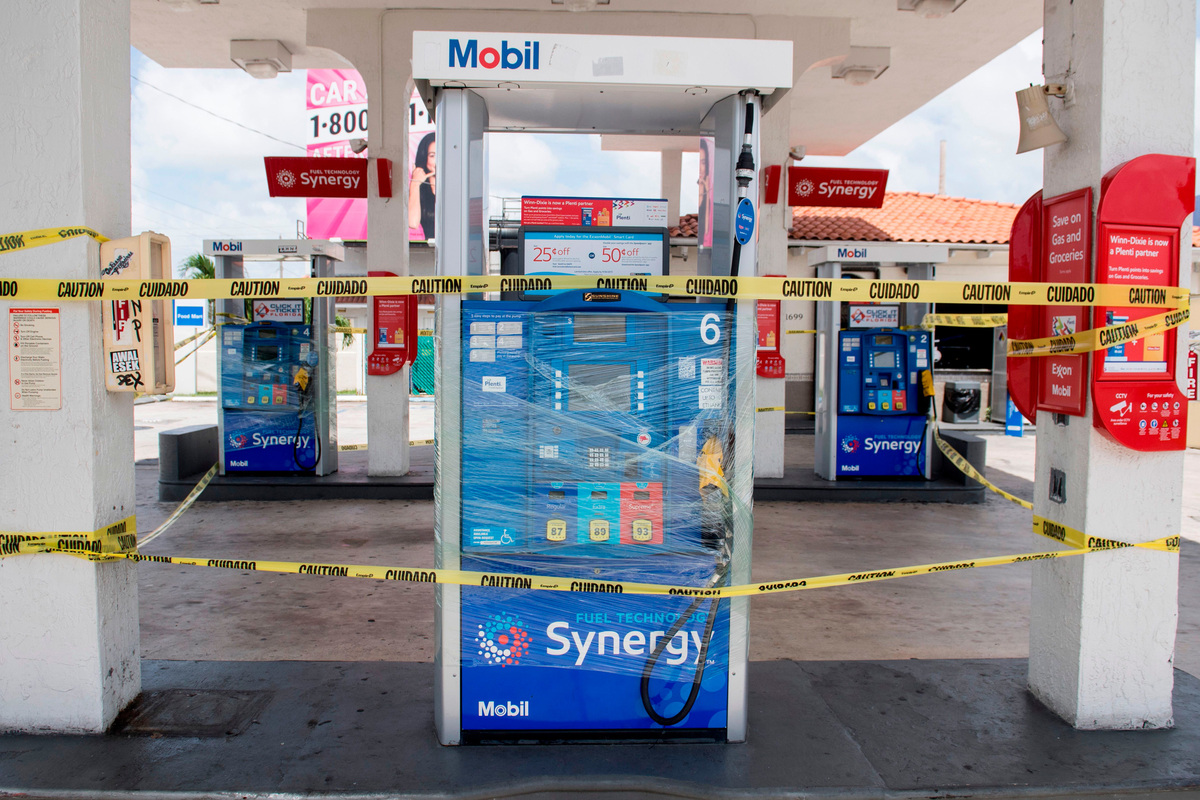 Empty pumps are surrounded by tape at a Mobil gas station in Miami on Friday.

Now that Hurricane Irma has left Florida, gasoline supplies are slowly coming back into the state. But thousands of gas stations remain closed anyway.

That's because with electricity out throughout the peninsula, even stations that have access to gas have no way to get it into people's vehicles.

"Power is the issue. Most of these gas stations don't have backup generation that can allow the pumps to work," says John Kilduff, founding partner of Again Capital, an energy investment firm.

About 40 percent of gas stations remained closed in Florida, and the number was as high as 65 percent in some places, says Patrick DeHaan, senior petroleum analyst at the crowdsourcing website Gasbuddy.com.

A lot of stations ran out of fuel last week as millions of Floridians began to evacuate in anticipation of the storm and rushed to fill their tanks. Many of those who remained behind also bought gas just to be on the safe side.

Although the storm is gone, many of those stations are still closed, says Tampa resident Matthew Kemp, who has been tracking fuel supplies on a smartphone app.

"People are posting, desperately in some cases, 'Is anything open? Is anything open?' One person ... said she had basically driven all around south Tampa today and every single establishment that is a chain was closed," said Kemp, who owns a small Internet marketing company.

A lot of people who left the state in anticipation of Irma want to come home but are worried they won't find fuel along the way, he says.

"They feel paralyzed, and they cannot return from their evacuation, because no one wants to get in their car and go south on I-95 or south on I-75 and make it 300 miles [and] run out of gas on the side of the road," he says.

After Superstorm Sandy, New York and New Jersey began requiring gas stations to have backup generators, but Florida has no such law, Kilduff says.

As a result, stations have to wait for utility crews to restore electricity, he says.

At a 7-Eleven near Fort Myers, plastic bags covered the gasoline tanks to indicate no fuel was available.

Andrew Haltunnen had driven around searching for gasoline without any luck, so he was standing outside the store siphoning gas from his father's car.

"I'm trying to get to Miami, and Alligator Alley's a long stretch," he said, referring to the interstate highway that crosses the Everglades. "I looked on the app, went to many stations. All out. No power in this area."

Devan Rios, who stopped at the store to buy snacks for his son, said he had passed as many as 50 closed stations on the way south from Tampa.

"It's crazy. I mean, obviously, a hurricane just passed, so it's understandable," he said. "But we're not used to this."

Anyone who can do so should probably just stay home, he noted.

"I recommend just stay inside your house and don't even bother looking, 'cause there's nothing around here."

As Hurricane Irma Nears, Gasoline Is In Short Supply For Floridians