Accessibility links
Florida Businesses Struggle To Reopen Without Power After Hurricane Irma Many are without power or phone service. Their ability to reopen depends on the restoration of electricity, but also on whether employees can get to work through blocked roads and downed power lines. 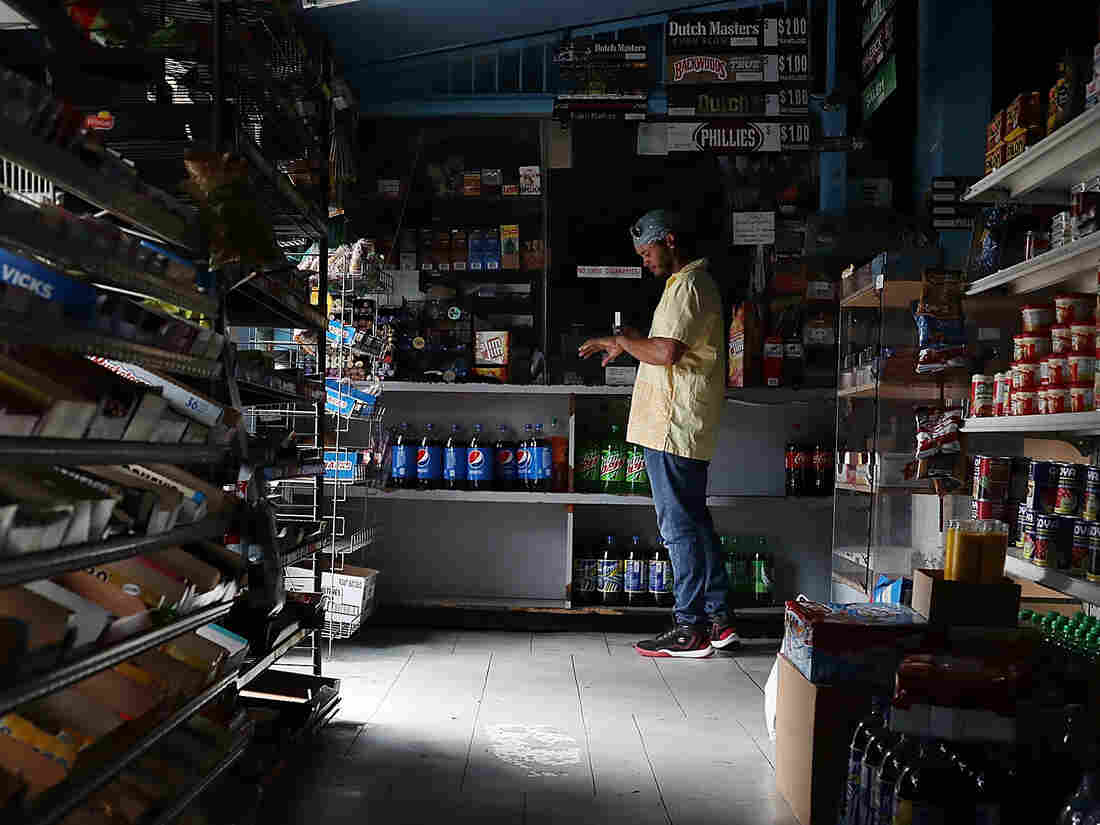 A person visits a Miami store that doesn't have electricity on Tuesday. Much of Florida was without power two days after Hurricane Irma battered the state. Joe Raedle/Getty Images hide caption 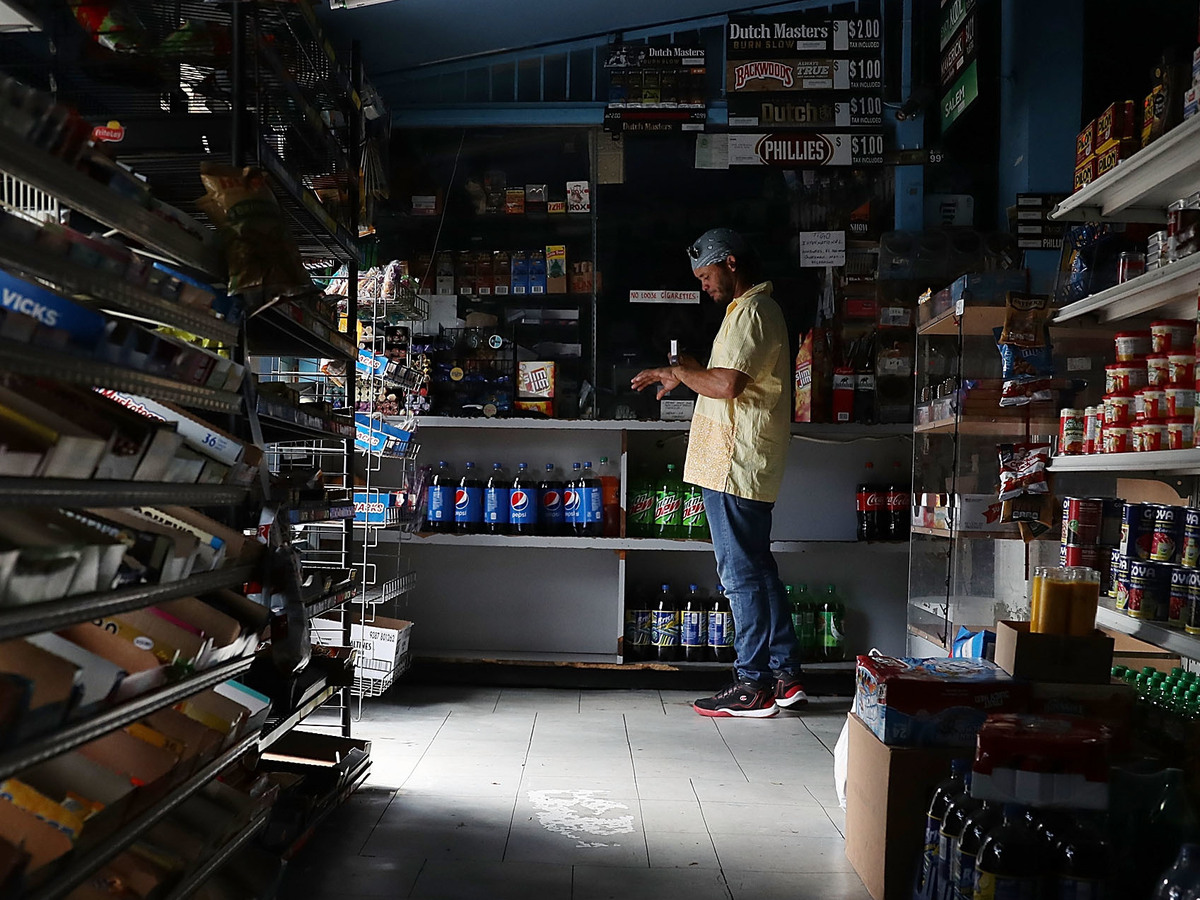 A person visits a Miami store that doesn't have electricity on Tuesday. Much of Florida was without power two days after Hurricane Irma battered the state.

Roughly half of Florida's homes and businesses remained without electricity on Tuesday, two days after Hurricane Irma plowed through the state. A lot of the business recovery efforts there will depend on how quickly power can be restored.

On her way to work Tuesday morning, Carol McDaniel, vice president of human resources for the Johns Hopkins All Children's Hospital in St. Petersburg, made her way through darkened neighborhoods.

"It's going to be probably many more days before they can even assess and turn it back on because there's a lot of lines down in the streets with trees on them," she said.

The hospital generates its own power and has its own water well, so it remained open. But McDaniel said she does not know yet how many employees' homes and cars have been damaged.

Some stores, including some small ones, had also reopened to sell critical supplies for cash, because their credit card machines were not yet operating.

In heavily damaged areas like Naples and Fort Myers, calls would not go through. Others left greetings asking people to call back after the businesses could reopen.

Overall, Irma's late turn up the less populated western side of Florida, and its rapid loss of strength, helped limit the economic damage. Moody's Analytics chief economist Mark Zandi estimates losses from Irma, in terms of lost business and property damage, will total between $60 billion and $90 billion, which is less than half the damage of Hurricane Katrina.

"The economic hit is temporary," he said. "Rebuilding will kick in quickly and a year or two down the road, these economies should be up and running in full strength."

The vast majority of lost business will be made up, says PNC Financial chief economist Gus Faucher. He expects hurricanes Irma and Harvey will take about a half a percent off the national economic growth rate for the quarter, not as bad an outcome as some had feared.

"It's not going to be a complete rebuilding project," he said.

Joyce Chastain, an employment law consultant in Tallahassee, has clients around the state. She said most of those businesses would remain closed through at least Tuesday. Larger businesses have the resources and staffing, she said, that will help them rebuild relatively quickly.

"Smaller businesses, they just don't have that kind of infrastructure, and some of them won't come back," Chastain said.

One of the bigger obstacles for employers is maintaining payrolls: how to keep workers earning their pay — and actually getting payments to them because power is out. Business shutdowns also have a big impact on hourly employees, who may have to go without pay.

"There will be many employers who just simply will not be in a financial position to continue to pay for several weeks, when they can't be open to generate revenue," Chastain said.

Meanwhile, in Houston, Paula Harvey is still dealing with the effects of the hurricane that shared her surname. She said some orders for her business, Schulte Building Systems, are delayed, though none so far have canceled. A bigger long-term concern is whether the handful of employees who lost their homes and cars will remain.

"What happens during these types of things is, some people just say, 'forget it' and leave because they've lost everything, and then they go somewhere else and start over again," Harvey said. So far, that's happened with one employee, who simply did not report back to work.