Accessibility links
It All Began With 'Adam And Eve' In his new book, Stephen Greenblatt argues that the world wouldn't be the same without the story of Adam and Eve — the primal narrative that shapes how we think about almost everything. 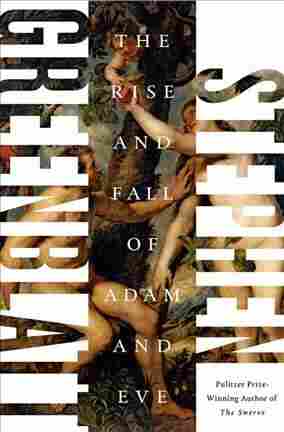 The Rise and Fall of Adam and Eve

"Humans cannot live without stories," writes Stephen Greenblatt in his new book, The Rise and Fall of Adam and Eve. "We surround ourselves with them; we make them up in our sleep; we tell them to our children; we pay to have them told to us." There's a reason storytelling has endured as a medium — the best stories are never just that; they connect us to something deeper, they explain our most deeply held beliefs. As Joan Didion once wrote, "We tell ourselves stories in order to live."

The story of Adam and Eve, one of the first in the book of Genesis, is one of the most globally recognized tales of all time. It's told to many children before they're old enough to read, and it's inspired some of the most iconic artwork in history. In this fascinating new book, Stephen Greenblatt attempts to trace the story to its beginning, and explains how the tale has affected history and art in surprising and dramatic ways.

Greenblatt argues that the world as we know it wouldn't be the same without the famous tale of the first humans, the conniving serpent and the fruit of the forbidden tree. "Whether we believe in the story of Adam and Eve or regard it as an absurd fiction, we have been made in its image," he writes. "Over many centuries, the story has shaped the way we think about crime and punishment, moral responsibility, death, pain, work, leisure, companionship, marriage, gender, curiosity, sexuality, and our shared humanness."

It's a bold claim, but Greenblatt has done his research. He traces the origin of the story to the Babylonian exile, when King Nebuchadnezzar II deported the Judahites to Babylonia, where they were essentially held prisoner. The Jews were exposed to the Babylonian creation myth, the Enûma Eliš, which Greenblatt surmises spurred them to create an origin story of their very own. "The Genesis storyteller was in effect burying a hated past," he writes.

Greenblatt believes, like many on both the secular and religious sides, that the Adam and Eve story is a myth, an allegory, "fiction at its most fictional, a story that revels in the delights of make-believe." That so many people have taken, and continue to take the story literally is the legacy of the early Christian philosopher Augustine of Hippo, Greenblatt argues, who insisted on placing the blame squarely on Eve — supposedly the first to take a bite of the forbidden fruit.

Augustine's interpretation "opened the floodgates to a current of misogyny that swirled for centuries around the figure of the first woman," he writes. "Everyone had to understand that whatever authority women wielded was strictly constrained by limits that were traced back to the sin of the first woman." His argument might not sit well with those who hold to the story's literal truth, but it's an important observation about how deeply rooted misogyny is, and has been for centuries.

Greenblatt's history of the story is engaging because of the twists and turns he takes. He writes about the Pre-Adamites, who believed that Adam and Eve existed but weren't actually the first humans. He meditates beautifully on the art that the myth has inspired, from frescoes in Roman catacombs to 20th-century German expressionist Max Beckmann's portrayal of the duo. And he considers the influence of Paradise Lost, John Milton's epic poem about the Creation of Man.

Greenblatt argues that the world as we know it wouldn't be the same without the famous tale of the first humans, the conniving serpent and the fruit of the forbidden tree.

Literal belief in the Adam and Eve story fell out of favor in the 18th and 19th centuries, and Greenblatt credits Voltaire and Charles Darwin, along with the discovery of ancient fossils, with the now-popular belief that the story is an allegory. "Dinosaurs helped to destroy the Garden of Eden," he writes. "Paradise was not lost; it had never existed."

The Rise and Fall of Adam and Eve is almost dizzying in its scope; Greenblatt draws from history, religion, art and science, and he writes about all of these fields with infectious enthusiasm. It's a strikingly intelligent book, but it's also accessible; he's a clear, unpretentious writer who can hardly hide his fascination with the subject.

And while he doesn't believe in the literal truth of the Genesis creation story, he still considers it, as we all should, as an integral part of our culture, for better or for worse. "Our existence would in fact be diminished without [Adam and Eve]," he writes. "They remain a powerful, even indispensable, way to think about innocence, temptation, and moral choice, about cleaving to a beloved partner, about work and sex and death. ... They hold open the dream of a return somehow, someday, to a bliss that has been lost. They have the life — the peculiar, intense, magical reality — of literature."