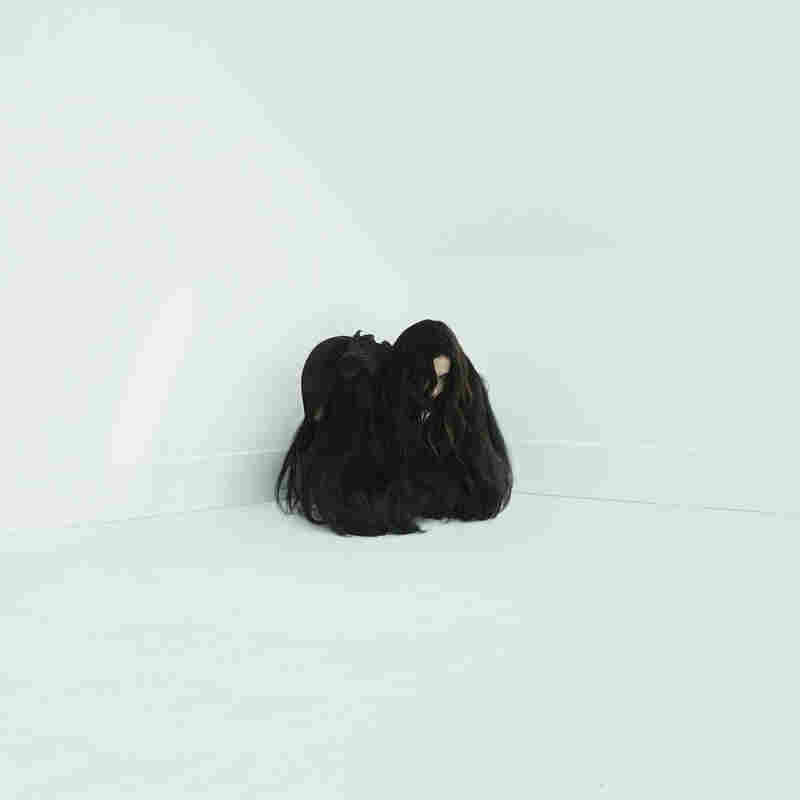 If Chelsea Wolfe's 2015 album Abyss dipped its toes in metallic waters, then Hiss Spun is the Gothic singer-songwriter's dark baptism. It's been a long time coming: Ever since 2011's head-turning Apokalypsis, Wolfe's stylistically diverse discography has grown increasingly heavier, but unlike the metal-leaning songs from Abyss that played with crushing textures via depth-defying electronics and sweeping noise, the heft is now explicit.

The one-two-three punch that opens Hiss Spun is formidable, a direct challenge to any other sludge metal band that dares sludge. That's due, in part, to Jess Gowrie. The drummer and Wolfe were in a band together over a decade ago, reconnected in recent years and have since been working on music with Wolfe's longtime collaborator Ben Chisholm. The new material is markedly heavier, buoyed by Gowrie's annihilating, yet purposeful percussion. It also doesn't hurt that guitarist Troy Van Leeuwen (Queens Of The Stone Age, Failure) adds his own bent sense of melody to the exquisite mayhem on these three tracks. Even as "Spun" heaves at a toxic snail's pace, Wolfe grasps at beastly love with a siren's call: "I slept desperate, trying to reach you / You leave me reckless, you leave me sick / I destroy myself and then I want it again." It's followed by the chilling "16 Psyche," doom that swings for outer space and hits an asteroid, and the swarming "Vex," featuring roaring guest vocals by Aaron Turner of Isis, Sumac and Old Man Gloom.

This being a Chelsea Wolfe record, there is no one sonic through-line — rather a maze shrouded in barbed wire and velvet. Where the album's opening was relentless in its distortion and pummeling drums, tracks like "The Culling," "Twin Fawn" and "Static Hum" build atmosphere through ambient guitar work that floats like a dark fairy tale before dealing the grisly blow. "Static Hum," in particular, with its soaring (and coincidentally Hum-like) space-rock is striking territory for Wolfe, who flexes her undulating Gothic diva voice all over Hiss Spun, but rarely grinds into a single note for an extended howl.

From her tape-noise beginnings and an early cover of the definitely problematic Burzum (the racist black-metal artist she's since disowned as a fan) to acoustic dirges and Gothic raves to the metallic lift of recent years, Chelsea Wolfe's music has always acted as an emotional expulsion that dances on a blade's edge. Her lyrics reach in as much as they reach out, and her presentation flourishes in noir couture that expresses beauty lurking in the shadows (but she might want take an appropriation lesson from Beyoncé and lose the bindi). More than ever, Hiss Spun portrays Chelsea Wolfe's inner struggles and hopes with resolute force, engulfed in heavy metal melodrama.