Accessibility links
Stream Josh Ritter's New Album, 'Gathering' Ritter's ninth album rose out of a prolific songwriting binge, and it shows in the breadth of sounds and stories on display. 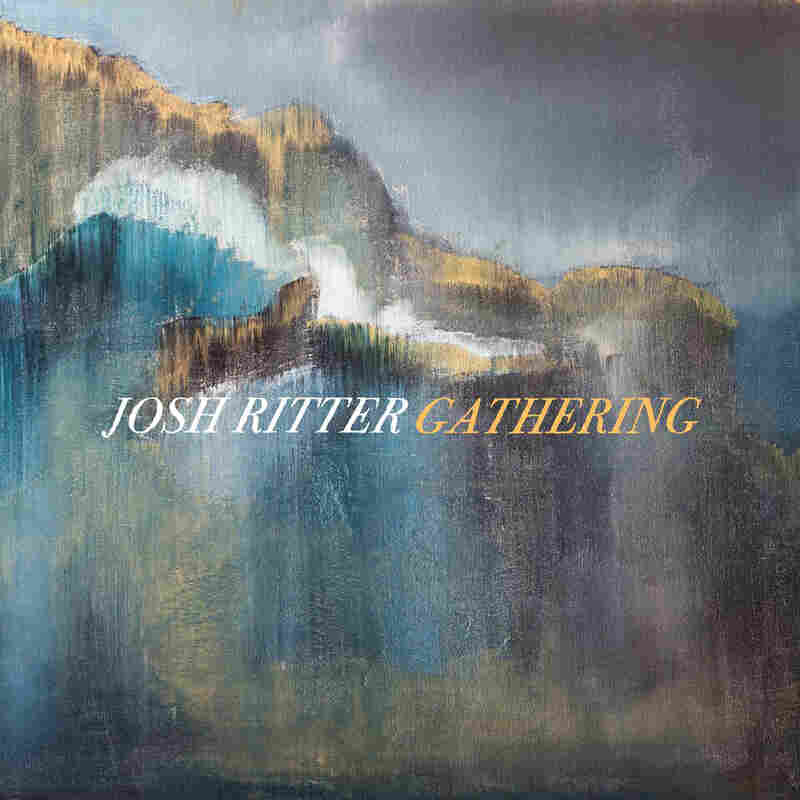 Josh Ritter has been a prolific singer-songwriter for 20 years, and he's hasn't begun to run low on ideas. Gathering is his ninth official album, and the first eight don't exactly want for ambition, whether he's untangling the aftermath of a divorce in The Beast In Its Tracks or unspooling nearly 10 minutes of profound and cinematic imagery in 2006's masterful "Thin Blue Flame." So it's to Ritter's immense credit that Gathering again brings a striking abundance of songs — vivid, messy, occasionally weighty things that add up to a grand outpouring.

Gathering rose out of a prolific songwriting binge, and it shows in the breadth of sounds and stories on display. "Showboat" and "Friendamine" find Ritter in his finest motormouth-rambler mode, while his ruminative side surfaces elsewhere — including in "When Will I Be Changed?" a duet with the Grateful Dead's Bob Weir. Last year, the two released an album together under Weir's name, an experience Ritter credits with the surge of creative energy that fed Gathering. Spurred on with the help of his Royal City Band, his new album just keeps hurtling in rewarding and unexpected directions, like the one he explores in the haunted "Dreams," which echoes and murmurs beautifully as Ritter fills the air with ominous words.

For all his stylistic wandering, Ritter gives some of his best signature moves a workout throughout Gathering: Few singers possess such a gift for the sly folk-rock ramble, and few remain as adept at road-trip-friendly laments like "Thunderbolt's Goodnight," which oozes alienation from every note. In short, Josh Ritter remains at the top of his game two decades into a highlight-strewn career. He'd be forgiven for loosening his grip, but his hand has never felt surer.