Accessibility links
Sarah Elizabeth Charles' 'Change To Come' Meditates On The Loss Of Innocence Inspired by the death of Eric Garner, the jazz singer asks an essential question in the spacious track, featuring trumpeter Christian Scott aTunde Adjuah: "What is needed for the change to come?" 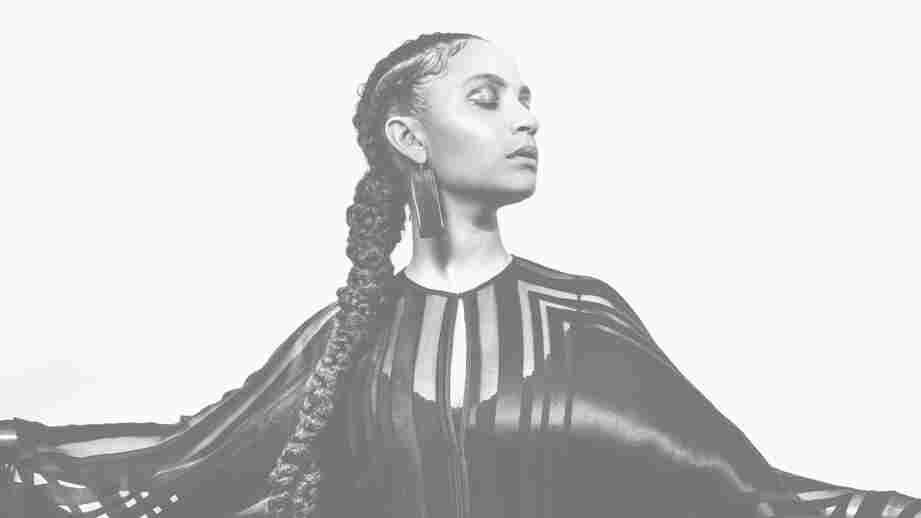 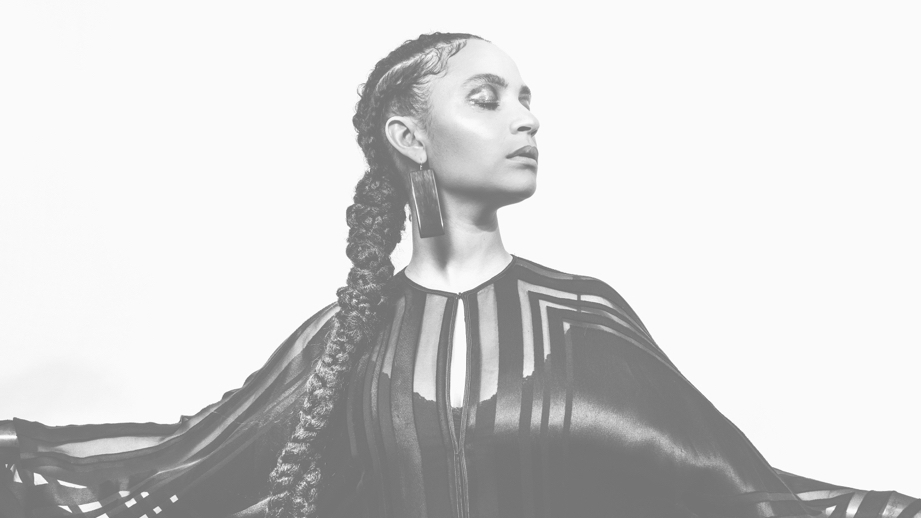 Matthew Pandolfe/Courtesy of the artist

Sarah Elizabeth Charles is a teaching artist. That means she's an artist who happens to teach — at Carnegie Hall's Musical Connections program within the Sing Sing Correctional Facility, and at Rise2shine, an early childhood education nonprofit in Haiti. But it also means that her work as a teacher has become more and more inextricable from her work as a composer and artist. That connection, she says, is now the strongest it's ever been.

"Three or four years ago, that work started to become much more a part of my creative process and much more of a direct inspiration for my composition," she tells NPR. Her last album, Inner Dialogue, was about revealing her internal world. But for her newest record, Free Of Form, she says "it just made sense for me to look outward."

With "Change to Come," that meant examining a long history of racialized violence. "The most zoomed-out version," she says of the song, "is just general resistance to violence," Charles says. "Then if you go a little bit narrower, it's speaking to race relations and the issues that have existed because of the nature of the history and formation of this country." But at its most specific, she says, the song is about Eric Garner. She began writing it in the fall of 2014, in the wake of his death.

The arrangement begins with lots of space. The drums, deliberate and somber, set the emotional tone, along with a set of striking lyrics. There's one line that keeps returning to me: "Innocence means nothing anymore." She sings it with no doubt in her voice, giving every syllable time to sink in.

"It's a pretty piercing lyric, and it stands out ... in relationship to anything else I've written," she says. "I remember when I was in the process of re-writing that song, thinking, 'Huh, what effect do I want this to have? Do I want to shift this? Or do I want to change it or soften it?' And I chose to keep it. And I'm glad I did, because I think it is that moment of frustration and anger really coming out."

That frustration built as Charles watched not only the deaths of Eric Garner, Sandra Bland, Trayvon Martin, Mike Brown and others, but also the effects of institutional indifference on lives of her students in the criminal justice system and in Haiti.

The piece builds to its essential question, which Charles asks in the lyric "What is needed for the change to come?" The answer, she says, is delivered in part through the arrangement of the track in its dynamic middle section. She loops and layers her vocals, and she made a horn section of Christian Scott aTunde Adjuah's trumpet (who also co-produced the album with Charles). The use of looping is meant to convey a theory of change: "Essentially, for any of what I'm saying in the song — especially in that section — for any of it to actually take hold or have a lasting effect, it's going to have to be generational," she says.

Towards the song's end, you'll hear the sounds of breathing, a dedication to Garner. "I'm echoing and meaning to pay homage to his life via the sounds in the very last moments of the track," Charles says. The gasps recall a tragedy. They also sound like an ongoing struggle.

Free Of Form comes out Oct. 6 via Stretch Music / Ropeadope, and performances are scheduled for this fall.