Accessibility links
Amid Cancer Treatment, McCain Releases Battle Cry For A Functional Congress Sen. John McCain, R-Ariz., has been managing debate this week on the annual defense bill, giving him a chance to champion the military and a Senate operating through open legislative procedures. 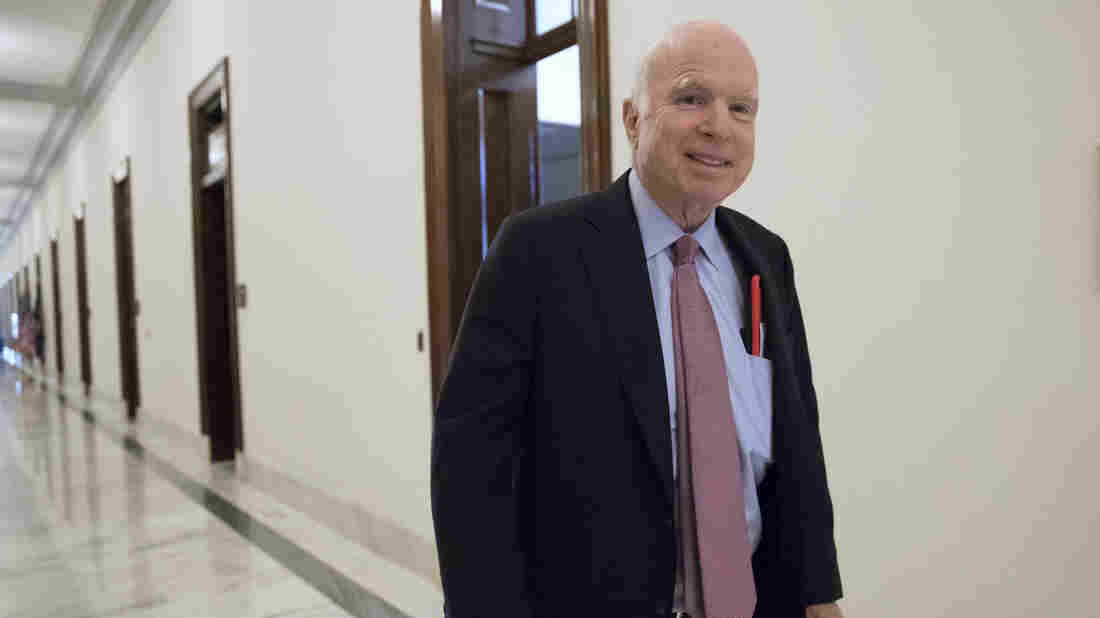 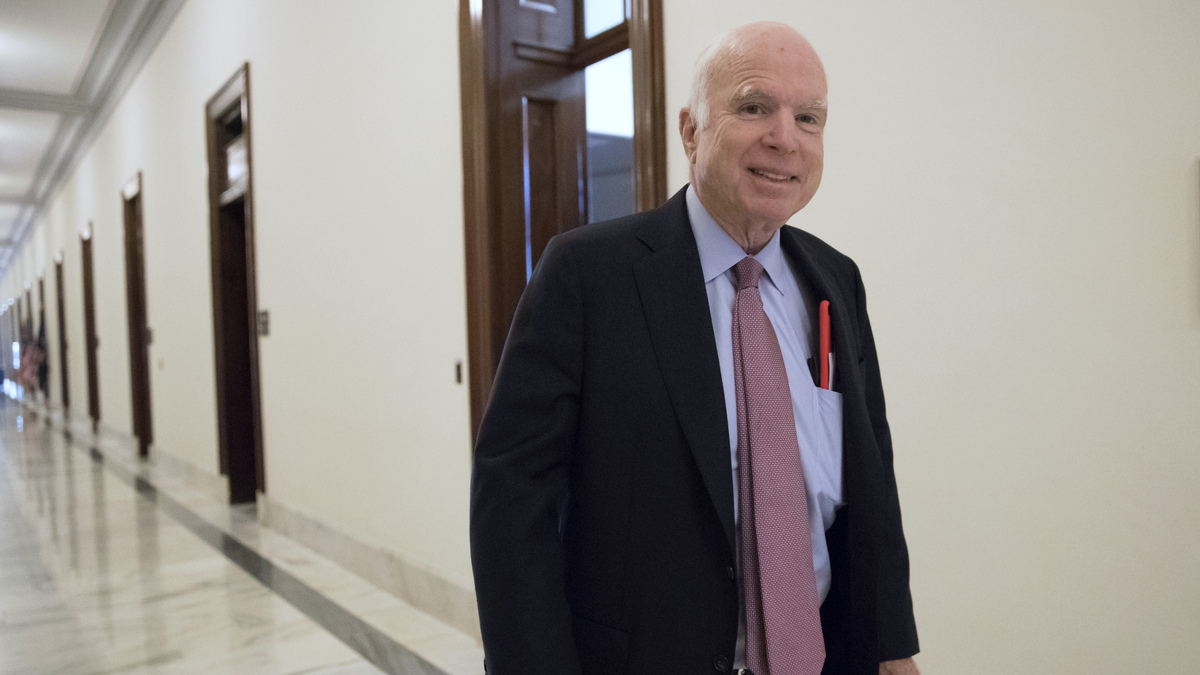 Sen. John McCain, R-Ariz., is undergoing treatment for a deadly form of brain cancer, but you would never know it by watching his management of the Senate floor this week.

As the chairman of the Armed Services Committee, McCain controls the debate on the National Defense Authorization Act, the annual defense bill that sets the priorities for the Pentagon. It's expected to receive final passage in the Senate on Monday after advancing on a procedural vote Thursday, 84-9.

The annual defense bill gives McCain a chance to do two things he enjoys the most: boost the U.S. military and chastise his fellow senators about how the chamber should operate.

"For too long, partisanship and politics have triumphed over principle and policy," McCain said on the floor this week. "This legislation is an opportunity for us to reverse that trend and restore regular order in the United States Senate."

McCain has made "regular order" his battle cry in recent months, ever since he cast a decisive vote in late July that effectively derailed his party's effort to undo the Affordable Care Act.

McCain said that of that bill's many offenses, it ran afoul of regular order in the Senate. Instead of being produced through an open process with public hearings in Senate committees and debate over amendments, it was written in secret by a small group of GOP leaders.

The health care vote came just days after his brain cancer diagnosis. Ever since, McCain has been hounding his colleagues to do better at legislating. With the defense bill on the floor, it's been a week of McCain literally pounding the lectern with this message.

He got animated speaking on the floor when he drove home his point: "This is the way the United States Senate should conduct business."

The way, for McCain, means moving bills through the committees and with buy-in from the Democratic minority. The result in this case is a national defense bill that passed unanimously out of the Armed Services Committee, 27-0, and incorporated 277 amendments from committee members in both parties. He and the ranking Democrat on the committee, Sen. Jack Reed, D-R.I., are on track to incorporate over 100 more amendments into the bill when it comes up for a floor vote on Monday.

"We fought and we argued and we are still mad at each other, but we came up with a bill that all of us could support," McCain told CNN.

And on the other side of what they see as a productive argument, Reed has had plenty of praise for his Republican counterpart.

"I don't think any of this would have been done without the leadership of the chairman and his insistence that we adhere not only to regular order, but that we don't forget this is ultimately about the men and women who serve us overseas," Reed said.

But it hasn't all been kumbaya moments.

One of McCain's longtime sparring partners on foreign policy, Sen. Rand Paul, R-Ky., used delay tactics to try to force a vote on his amendment to repeal the 2001 and 2003 war authorizations that have been used to legally justify military actions ever since. Paul's approach to foreign policy fits his libertarian philosophy and is often described by his critics as isolationist, though Paul rejects that label.

"These wars are costing trillions of dollars. They're unauthorized. We have not voted on them," Paul said on the Senate floor. "And I say, 'Look, let's pay attention to problems we've got here at home.'"

McCain, of course, opposed Paul. "I cannot support anything that fails to provide our men and women in uniform with everything they need, including the legal authority to keep our nation safe," McCain said.

To no surprise, the amendment was scuttled with a procedural vote. Even under regular order, chairmen still usually get their way.

As for McCain's health, a recent MRI concluded that additional treatment with radiation and chemotherapy is needed.

McCain's office says the senator will undergo treatment at the National Institutes of Health in the Washington, D.C., area, instead of in Arizona. That way he can maintain a regular work schedule in the Senate.