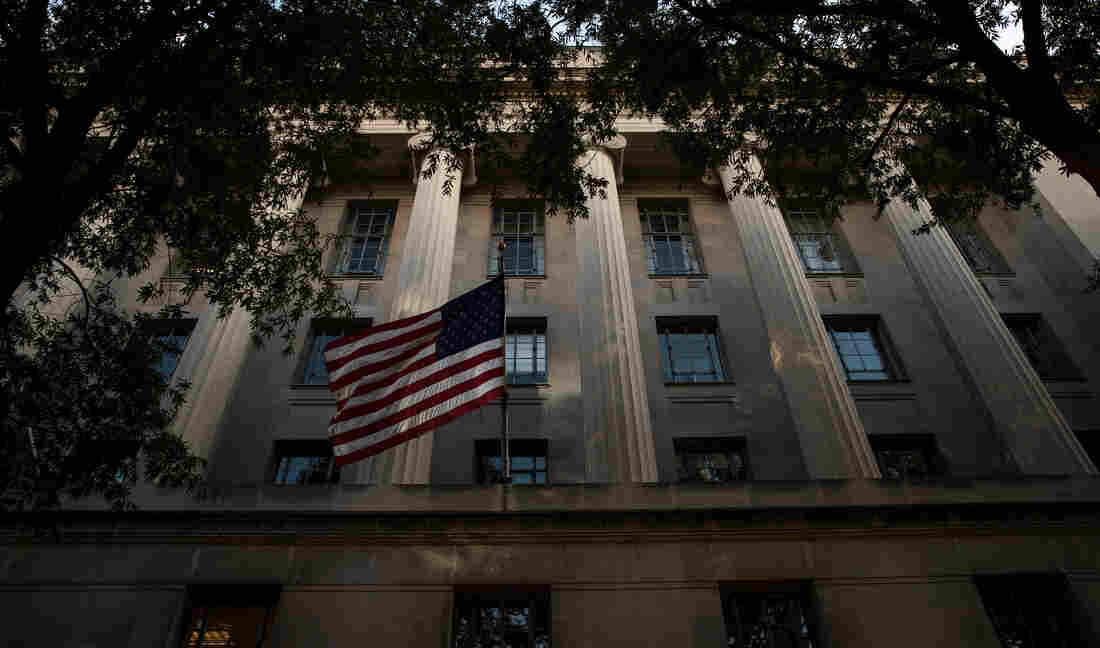 An exterior view of the U.S. Department of Justice headquarters in Washington, D.C., in July. Members of the DOJ were among those who attended a roundtable on Thursday about the criminal justice system and helping ex-inmates re-enter into society. Drew Angerer/Getty Images hide caption 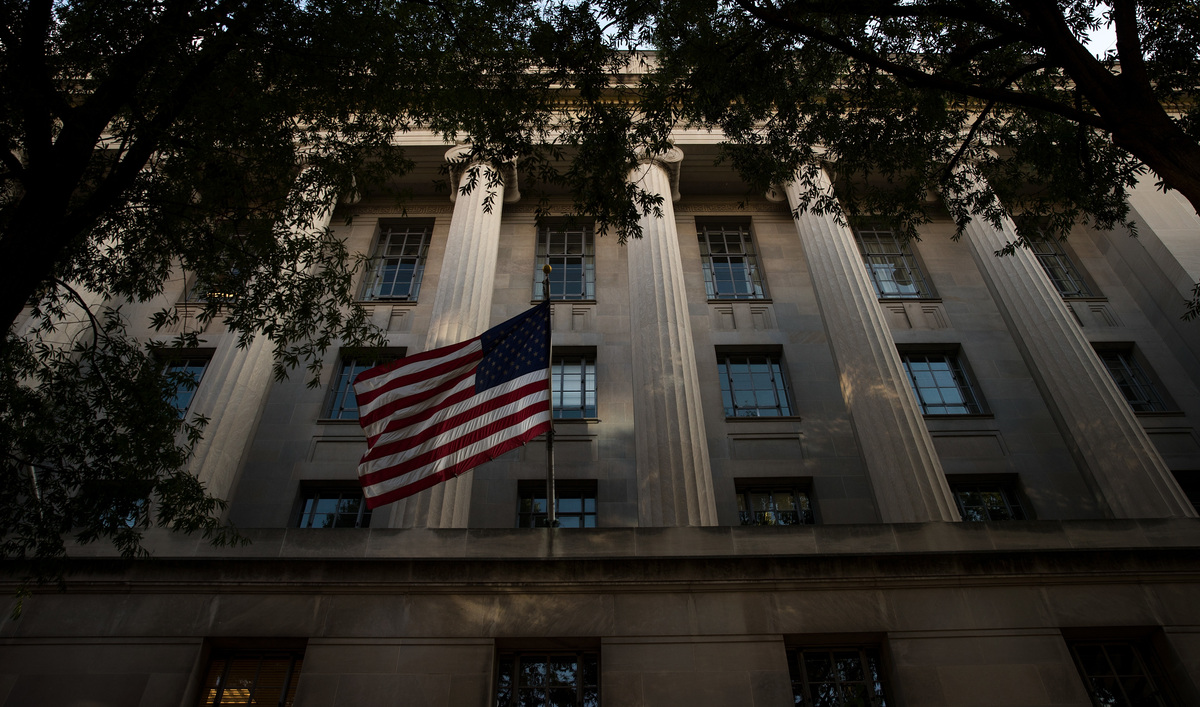 An exterior view of the U.S. Department of Justice headquarters in Washington, D.C., in July. Members of the DOJ were among those who attended a roundtable on Thursday about the criminal justice system and helping ex-inmates re-enter into society.

Earlier this year, Trump promised to crack down on "American carnage" and decried the "public safety crisis" facing many American cities. His attorney general, Jeff Sessions, has directed federal prosecutors to take a tough approach to drug criminals, seeking mandatory-minimum prison terms for them.

But Thursday, a different attitude was on display as the White House Office of American Innovation welcomed a bipartisan group of elected officials, nonprofit groups and faith leaders to discuss how to help former inmates return to their communities and other elements of the criminal justice system.

Sessions and his top deputy did not attend the afternoon meeting, but other representatives from the Justice Department did. President Trump was visiting hurricane-damaged areas in Florida.

For supporters of changes to the current approach to crime and punishment, the problem is clear: Many people with a criminal record have a rough time finding jobs, housing and education after they're freed from prisons or halfway houses. A White House spokesman said 84 percent of people who are released before age 25 will be rearrested within five years of their release. Easing re-entry into society, he said, could reduce crime and save taxpayer money.

Jared Kushner, a White House adviser who is leading the Office of American Innovation and is Trump's son-in-law, has made the issue one of his priorities. Kushner has an intimate connection to the struggle, since his father spent time in a federal prison camp in Alabama.

Mark Holden, the general counsel for Koch Industries, has been pushing for change at the federal and the state level for several years. At the meeting, Holden talked about why he backs the "ban the box" initiative, which calls on employers to remove a question on job forms about prospective workers' criminal histories.

"It is the morally right thing to do and also makes smart business sense," he told NPR.

Holden is a leading member of a bipartisan coalition to get "smart on crime," by focusing law enforcement resources on the most dangerous offenders and making life easier for people who are released.

In the final years of his tenure, President Barack Obama pressed Congress to pass legislation that would reduce penalties for drug offenses and provide more support for inmates before their release. The bill included both Republican and Democratic sponsors, but it died without action.

Obama imposed a clemency program for drug criminals who would have received shorter sentences today than during the 1980s and the 1990s. Ultimately, before he left office, he made 1,928 clemency grants. That included shortening the prison terms of 1,716 people.

But a new analysis of that program by the nonpartisan U.S. Sentencing Commission raises questions about whether the clemency program succeeded in its goals. The study found 2,687 people incarcerated for drug trafficking crimes who appeared to meet all the criteria for the Obama initiative. But only 92 of them, fewer than 4 percent, received clemency.

Rachel Barkow, a law professor at New York University, said the data "lends urgency to calls that the clemency system be fixed." Barkow said the White House should launch a commission to study clemency, move the process outside of the Justice Department, and make recommendations on re-entry issues that came up at the roundtable in Washington on Thursday.

"With a federal prison population hovering at 200,000," Barkow said, "we cannot continue to address those needs on an ad hoc basis, and the clemency initiative is a perfect example of how trying to put a band-aid on it will fall short."