Accessibility links
President Trump Stands By Original Charlottesville Remarks The president was heavily criticized when he said counterprotesters in Charlottesville, Va., were to blame right along with white supremacists. Now he says more people are seeing it his way. 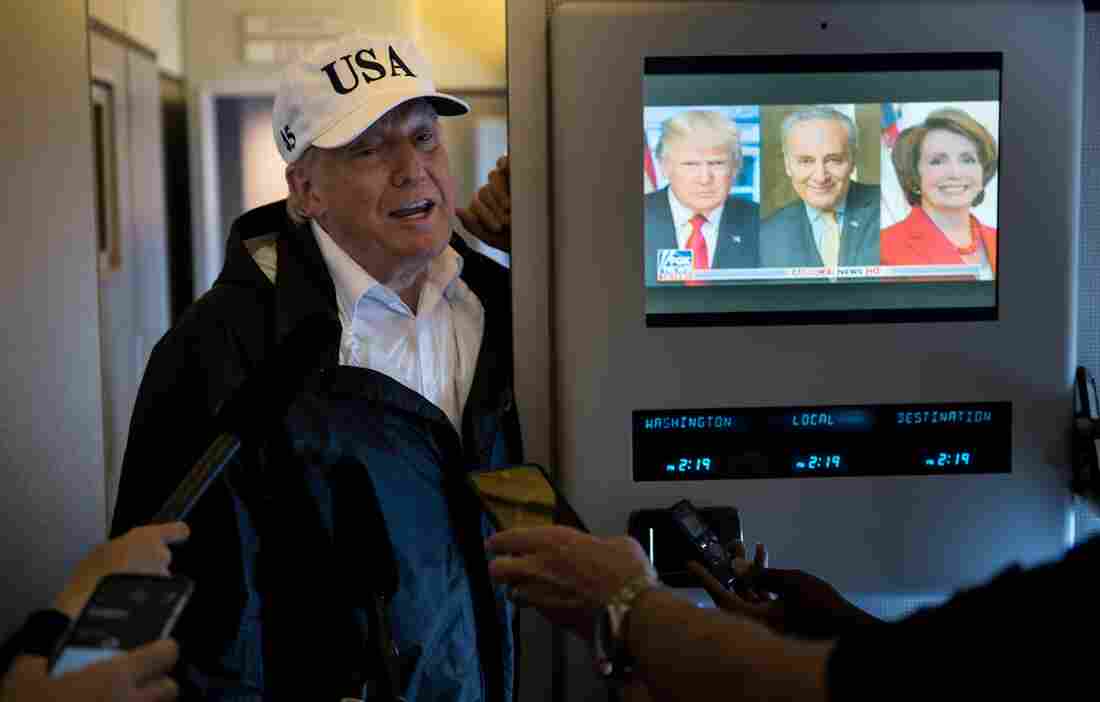 President Trump speaks to the press onboard Air Force One while flying back to Andrews Air Force Base from Florida on Thursday. Brendan Smialowski/AFP/Getty Images hide caption 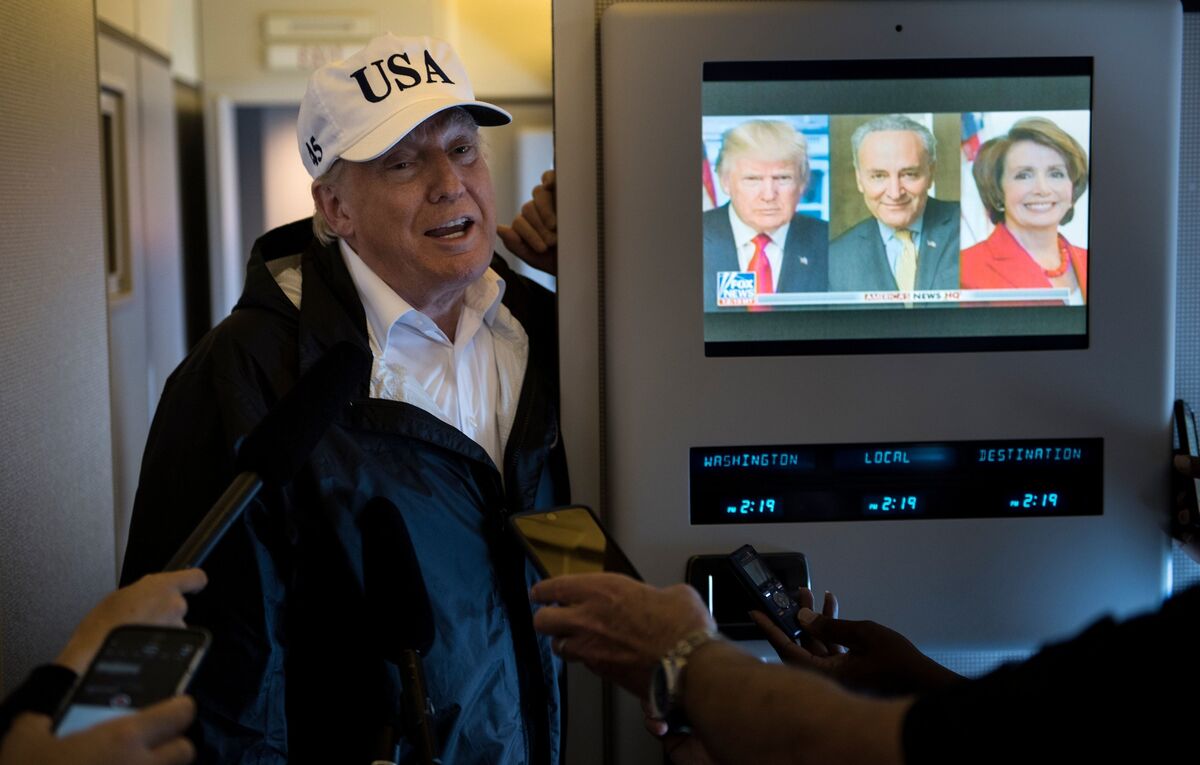 President Trump speaks to the press onboard Air Force One while flying back to Andrews Air Force Base from Florida on Thursday.

A day after meeting with Sen. Tim Scott, R-S.C., to discuss improving race relations, policy issues of specific concern to communities of color and Scott's pointed criticism of President Trump after his comments in response to the violence in Charlottesville, Va., Trump is standing by those remarks.

Trump's assertion post-Charlottesville that there was "blame on both sides" was roundly criticized for giving comfort to white supremacists and the KKK — including by Scott, the only black Republican currently serving in the Senate.

Trump, traveling on Air Force One Thursday, was asked about his meeting with Scott and quickly returned to his criticism of protesters who took to the streets to counter KKK and white supremacist marchers in Charlottesville in August.

"We had a great talk yesterday," Trump said of his meeting with Scott. "I think especially in light of the advent of antifa, if you look at what's going on there, you know, you have some pretty bad dudes on the other side also. And essentially that's what I said."

Antifa is an anti-fascist protest movement that sometimes uses violent tactics to resist neo-Nazis and white supremacists and has gotten a lot of attention, especially from conservative media, following the violence in Charlottesville.

In comments to reporters, Trump implied that he had been right all along.

In response to Trump's new remarks, Scott's office put out a statement that said in part: "Rome wasn't built in a day and to expect the President's rhetoric to change based on one 30 minute conversation is unrealistic. Antifa is bad and should be condemned, yes, but white supremacists have been killing and tormenting black Americans for centuries. There is no realistic comparison. Period."

Or, in other words, Scott isn't one of the people saying, "Gee, Trump might have a point."

Scott's office says in the meeting with the president on Wednesday, the senator was "very very clear about the brutal history surrounding the white supremacist movement and their horrific treatment of black and other minority groups."

And speaking to CBS News Wednesday after meeting with Trump, Scott had said Trump "obviously reflected on what he has said [about Charlottesville], on his intentions and the perception of those comments." Scott added, "I'll let him discuss how he feels about it, but he was certainly very clear that the perception that he received on his comments was not exactly what he intended with those comments."

The Anti-Defamation League's CEO, Jonathan Greenblatt, said in a statement Thursday that "It is sad that the President seems not to have learned from his conversation with Senator Scott or from the unanimous vote from Congress condemning the neo-Nazis and white supremacists in Charlottesville." Greenblatt added, "If he is not going to provide the moral leadership the country needs on this issue, we are glad that leaders from both parties are stepping up and doing so."

Later Thursday the White House announced that the president had signed S.J. Res. 49, the resolution passed this week by Congress that condemns white nationalists, neo-Nazis, the KKK and other hate groups. The resolution also urges the president and his administration to speak out against hate groups that espouse racism, extremism, xenophobia, anti-Semitism and white supremacy and to devote resources to combating hate groups in the U.S.

"Today, I am pleased to sign S.J. Res. 49. As Americans, we condemn the recent violence in Charlottesville and oppose hatred, bigotry, and racism in all forms," Trump said in a statement. "No matter the color of our skin or our ethnic heritage, we all live under the same laws, we all salute the same great flag, and we are all made by the same almighty God. We are a Nation founded on the truth that all of us are created equal. As one people, let us move forward to rediscover the bonds of love and loyalty that bring us together as Americans."