Who Are The Juggalos And Why Are They Marching In Washington, D.C.?

Who Are The Juggalos And Why Are They Marching In Washington, D.C.? 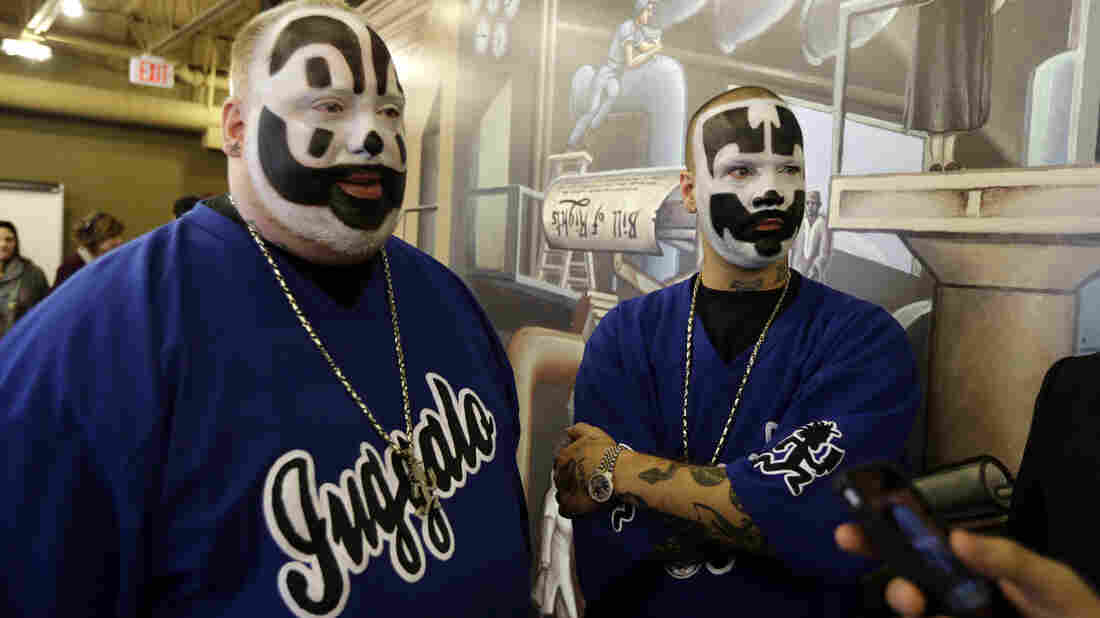 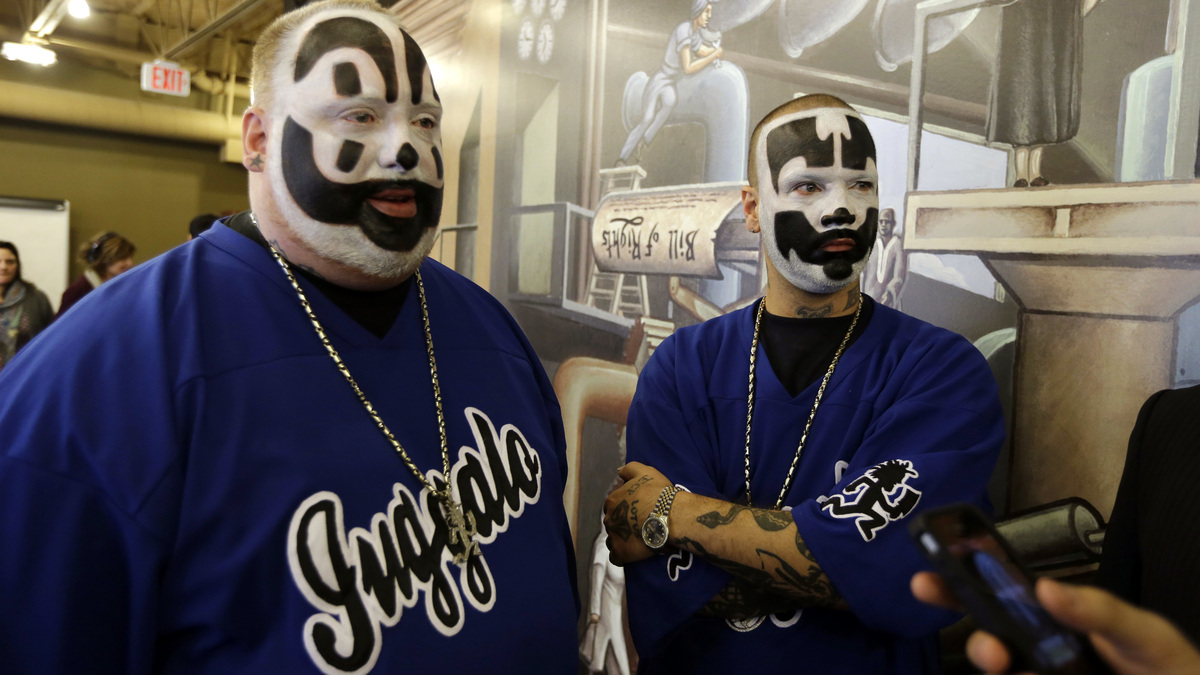 This weekend is expected to be a busy one for protesting in the nation's capital, with the Mother of All Rallies, a pro-Trump group that says it wants to preserve American culture; the March to Protect American Democracy, a group that wants the Trump administration to "defend our democracy from Russian interference" and "protect America from future attacks on our elections"; and the Juggalo March.

Not sure who the Juggalos are or why they're protesting? Here's what you should know:

The Juggalos are fans of Insane Clown Posse, a rap group that calls itself "the most hated band in the world." The name stems from a 1992 ICP song, "The Juggla," and, according to journalist Patrick Flanary, is a "term of endearment among the fans."

"In fact, it was a rallying call from the stage by the frontman, Violent J, several years ago," Flanary told NPR's Rachel Martin in 2014.

Well, yes and no. A 2010 Wired magazine piece about the band and its fans described Juggalos as such:

"Despite a sizable population of female fans (dubbed Juggalettes), ICP's following is made up mostly of young white men from working-class backgrounds. They tend to feel that they've been misunderstood outsiders their whole lives, whether for being overweight, looking weird, being poor, or even for just liking ICP in the first place. It's a world where man boobs are on proud display, where long-hairs and pink-hairs mingle, where nobody makes fun of the fat kid toweling off."

Juggalos often paint their faces to look like clowns, and some sport tattoos of "hatchetman," the logo for Psychopathic Records, ICP's recording label. There is an annual festival called the Gathering of the Juggalos, sponsored by Psychopathic and featuring its artists as well as other musicians. This was the 18th year for the Gathering.

There's even a book about their fandom, You Don't Know Me But You Don't Like Me. The author, Nathan Rabin, told NPR back in 2013 that "for 360 days, being a Juggalo makes them an outcast and makes them reviled and makes them a pariah. But four or five days of the year, being a Juggalo makes them the king of the world and everybody loves them and Insane Clown Posse is the most popular group in the world. It's this alternate universe they can escape into from the dreariness and the mundanity of everyday life."

3. Are they a political group?

No, just fans of Insane Clown Posse. But back in 2011, the Justice Department's National Gang Intelligence Center decided the Juggalos were a "loosely organized hybrid gang," like the Crips, Bloods and MS-13. The annual Gang Threat Assessment report said they engaged in criminal activity and violence.

"Crimes committed by Juggalos are sporadic, disorganized, individualistic, and often involve simple assault, personal drug use and possession, petty theft, and vandalism. However, open source reporting suggests that a small number of Juggalos are forming more organized subsets and engaging in more gang-like criminal activity, such as felony assaults, thefts, robberies, and drug sales. Social networking websites are a popular conveyance for Juggalo sub-culture to communicate and expand."

And, there have been at least two instances where Juggalos have been violent. Earlier this year, a Wisconsin man was sentenced to 3 1/2 years in prison for using a machete to cut off a woman's pinky finger and drinking her blood. This was all to honor a Juggalo who had died. In 2014, two men tried to carve and burn a tattoo from their housemate's arm because they thought he had disrespected the fan group.

4. What does Insane Clown Posse think about all of this?

The band sued the Justice Department and FBI over the gang classification in January 2014, saying it had adversely affected Juggalos. The lawsuit demands that the Juggalos be removed from the Gang Threat Assessment list.

As Patrick Flanary explained to NPR, "there were only two crimes that were cited by the FBI study back in 2011. One had to do with a violent home invasion, where a Juggalo was suspected and later convicted; and there was another violent crime associated in 2012. But as lawyers pointed out, this doesn't apply to every person who claims he or she is a Juggalo. It isn't fair just because this group depicts violent images, talks about very crude murder scenarios."

The ACLU filed the lawsuit on the band's behalf and in a statement announcing it, Michael J. Steinberg, ACLU of Michigan legal director, said:

"The Juggalos are fighting for the basic American right to freely express who they are, to gather and share their appreciation of music, and to discuss issues that are important to them without fear of being unfairly targeted and harassed by police. Branding hundreds of thousands of music fans as gang members based on the acts of a few individuals defies logic and violates our most cherished of constitutional rights."

A judge dismissed the lawsuit initially saying the case was problematic because "the report did not directly order police and other officials to any particular action against the Juggalos," according to The Hollywood Reporter. A federal appeals court reinstated the case in 2015.

5. Why are they are protesting?

It's related to the gang classification and lawsuit. The website announcing the Juggalo March says its goal is to "make a collective statement from the Juggalo Family to the world about what we are and what we are not."

"The Juggalo Family must truly shine and show America and the world that we are not a gang, public menace, cult, or any of the other untrue labels they have attempted to slap on us throughout the years. We must collectively show them that we truly are a family that is united by a shared love of music and fellowship."

A previous version of this story referred to a 2011 Wired article. The article actually came out in 2010.