Accessibility links
The Man Who Protects America's Secrets William Evanina, head of U.S. counterintelligence, is the country's top spy catcher, in charge of finding moles in our midst. 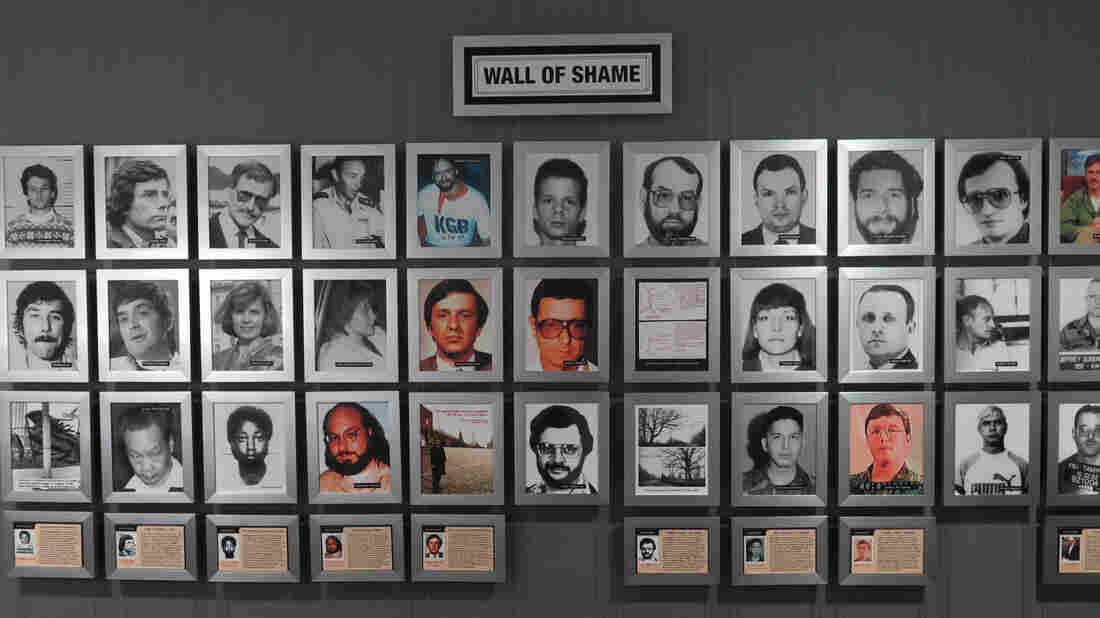 The "Wall of Shame" at the National Counterintelligence and Security Center. It displays photos of double agents and leakers who've been caught. Gail Austin/NPR hide caption 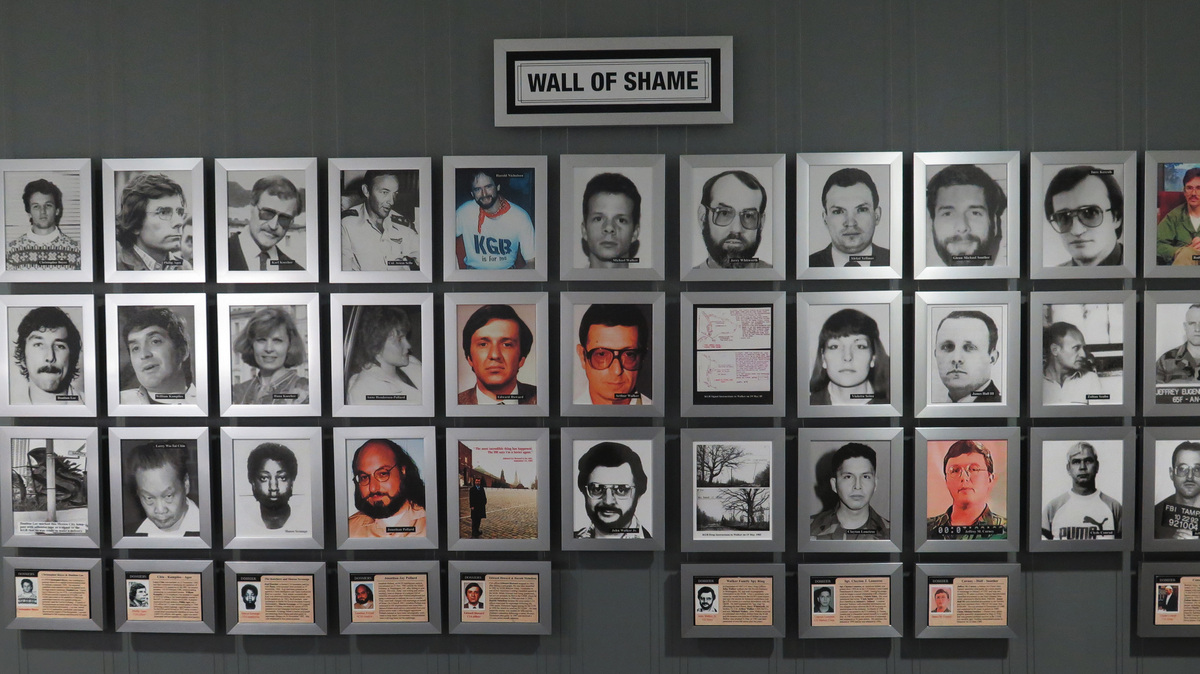 The "Wall of Shame" at the National Counterintelligence and Security Center. It displays photos of double agents and leakers who've been caught.

It's called the "Wall of Shame."

Tucked away in the hall of an office building outside the nation's capital in Bethesda, Md., the wall features the portraits of double agents, traitors, leakers and saboteurs.

It's not a display most Americans will ever see. In fact, it requires a top-secret security clearance to ride the elevator up to the floor it's on.

The wall include photos and dossiers of Robert Hannsen, Aldrich Ames, Jonathan Pollard — among others — who all pleaded guilty to revealing America's secrets. 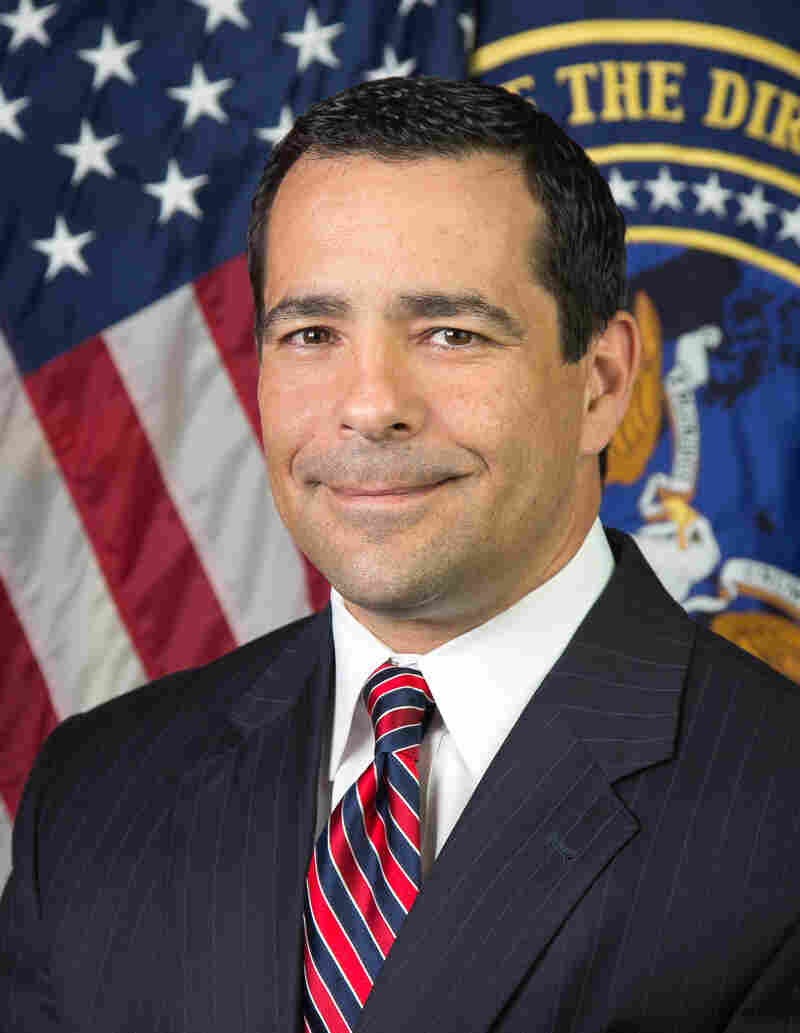 William Evanina, the head of U.S. counterintelligence. Office of the Director of National Intelligence hide caption

toggle caption
Office of the Director of National Intelligence 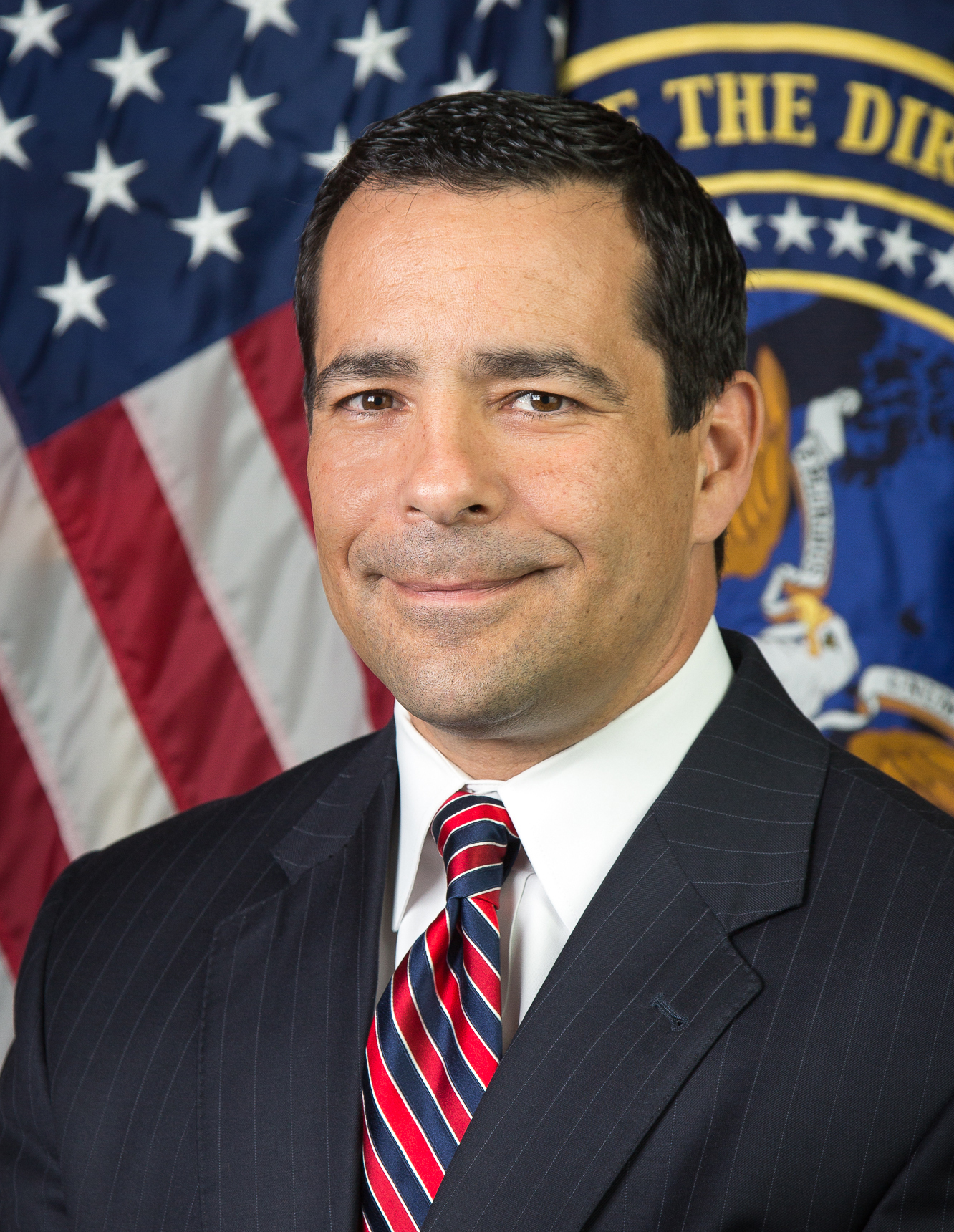 Office of the Director of National Intelligence

"This is a reminder for our employees: this is why we do what we do," says William Evanina, head of U.S counterintelligence — the nation's spy-catcher in chief. This is his office building, the National Counterintelligence and Security Center.

Evanina gave NPR's Mary Louise Kelly a tour of the wall and sat down for a wide-ranging interview that included Russia's meddling in the 2016 election.

Evanina does not play a role in the ongoing investigations into Russian meddling in the election, but he does in figuring out how to prevent it from happening again. While he thinks the U.S. can take steps to prevent a reprise of last year, he says it's the unknown that probably gives him the biggest pause.

"I don't know if I can be confident in Russia not doing anything in the future, or any other country, because technology will change," Evanina says. "And as we look towards providing mitigation steps to what happened last time, we're not even aware where technology is three years from now."

Evanina says it's a cat-and-mouse game that's been going on for decades.

And then, there's Facebook. The company recently announced $100,000 in election ads were sold to Russian-linked accounts last year.

Evanina says while the government needs to work more effectively with the private-sector, including Facebook, trying to block such activity may not be the best use of resources. Instead, he says you need to understand what happened, be able to articulate the danger and then adapt.

"Does that mean we don't follow intelligence officers around anymore, that we spend more time on Twitter and Facebook and social media? And if that is the case, we have to train our personnel accordingly," he says.

Another priority for Evanina is confronting the "insider threat." That includes people within the intelligence community leaking information to the outside.

"I don't think we could ever stop someone who is intent on stealing a document," Evanina says. "Where we have succeeded significantly, and I will say some of the recent cases have shown this, is the ability to stop the bleeding once it occurs."

Evanina credits that to security measures put in place after Edward Snowden's extensive leak of classified information. "I don't think we're going to see someone get away with 1.5 million documents anymore."

Earlier this year, government contractor Reality Winner was indicted for allegedly leaking a classified report to an online news outlet. While Evanina wouldn't talk about that particular case, he again noted that Snowden had leaked more than a million documents.

"I think a lot of the reform efforts were set forth to prevent that from happening [again]," he says.

Preventing Leaks to the News Media

Last month, Attorney General Jeff Sessions announced the government intends to crack down on leaks to journalists. Evanina was at his side for the press conference and says the government needs to convince government employees and contractors that these leaks do damage.

"We need to get back to basics about what we do and why we do it," Evanina says. "I'm saying, 'Listen, you went through a lot of work your entire life to get to a point in your life where you have been bestowed the right to protect these secrets. Don't violate that.' "

Meanwhile, a new government memo written by National Security Advisor H.R. McMaster directs agencies across the federal bureaucracy to hold training sessions focused on the importance of protecting sensitive information. Included in the training materials is a video featuring Evanina.

How do we know this? The memo was leaked.