Accessibility links
California Seeks More Influence In 2020 Presidential Race The state legislature is considering moving up the date of the presidential primary to March from June in order to have more sway over who becomes the Democratic Party's nominee. 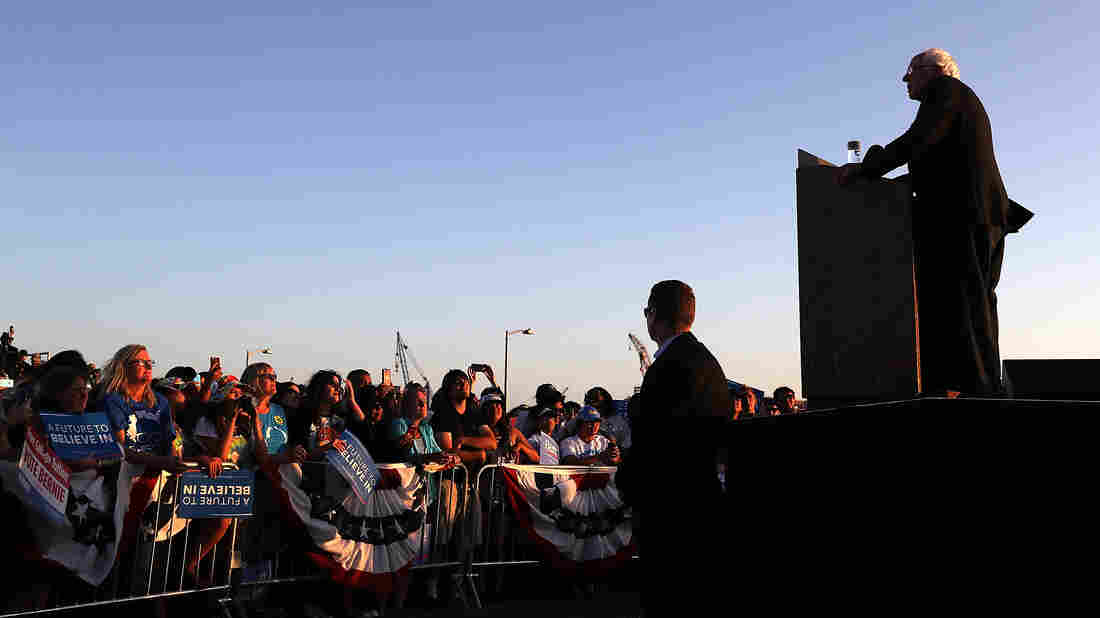 Sen. Bernie Sanders during a campaign stop in Vallejo, Calif. ahead of California's June 2016 presidential primary. The state legislature is considering a bill to move the 2020 primary to March. Justin Sullivan/Getty Images hide caption 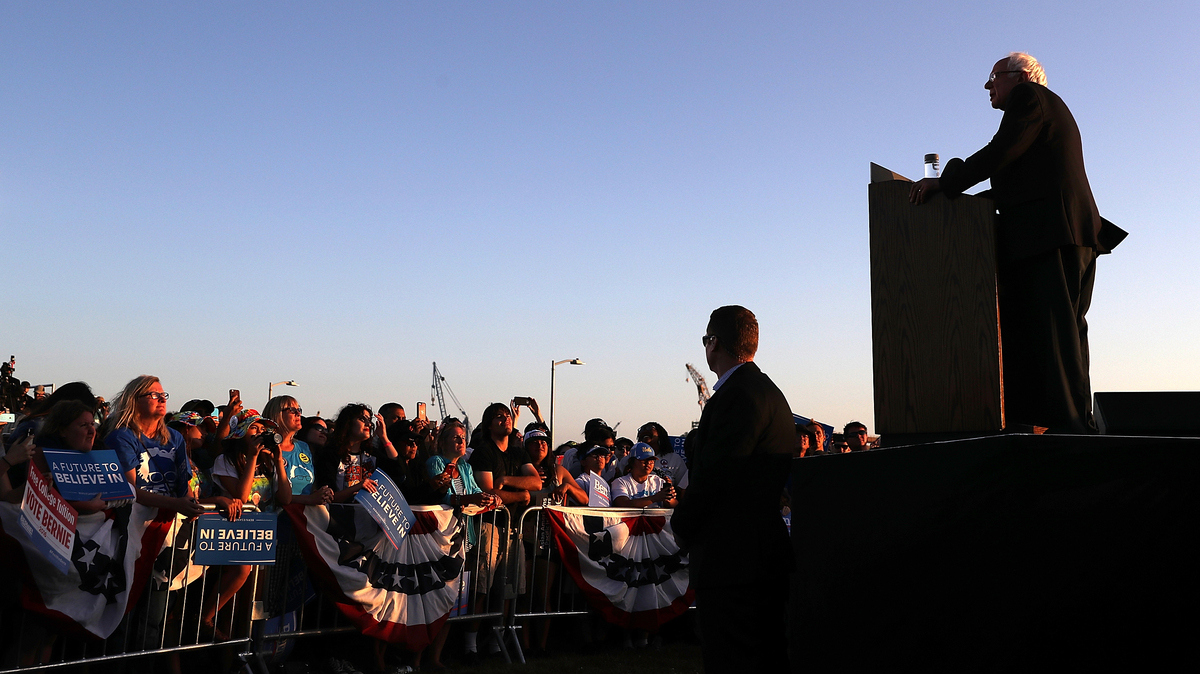 Sen. Bernie Sanders during a campaign stop in Vallejo, Calif. ahead of California's June 2016 presidential primary. The state legislature is considering a bill to move the 2020 primary to March.

By springtime of 2016, it looked like California might have a decisive role in choosing the presidential nominee for a major party for the first time in several generations.

But by the time voters actually went to the polls, Clinton and Trump had already secured the nomination. For the sixth time in seven presidential campaigns, the nation's largest state wasn't relevant to the outcome of the primary.

"Our voters sit on the sidelines, almost every presidential election, and it's really disappointing," says Kim Alexander of the non-profit California Voter Foundation.

A proposal by Secretary of State Alex Padilla and authored by state Sen. Ricardo Lara, both Democrats, looks to change that. It would move California's primary from June to March, giving voters a head start in selecting nominees for president in 2020. It could also set off an arms race among states over which will vote earliest.

This is not a novel idea in California. The state has moved its primary to March, in 1996, 2000 and 2004, always for similar reasons. In 2008, the state held its presidential primary in February.

"It will encourage presidential candidates to campaign here and to debate and discuss issues and policies important to our people," former state Sen. Ron Calderon said in 2007, advocating for his bill to move the primary.

California Republican Party chair Jim Brulte says there are downsides to moving up — one reason the state has always come back to its traditional June election slot.

Brulte also suggested moving the state's primary to March could benefit Sen. Kamala Harris, the state's junior U.S. senator who's been mentioned as a potential candidate.

Under the 2007 measure, California held two primaries the following year—the presidential primary in February, and then state races in June. Holding an extra election cost nearly $100 million more, and turnout in June was abysmal.

Still, on balance, Brulte also supports a single, consolidated early primary and as a member of the state legislature, he voted for it.

"You don't want a candidate just doing a drive by campaign in your state," Brulte says.

The last times California has moved its primaries, it did not have the effect lawmakers desired, says political scientist Josh Putnam, who writes the blog FrontloadingHQ about presidential party rules and primary elections.

"The times in the past where they have moved up, it's been a super-crowded week," Putnam says.

Smaller states have moved up their primaries so they don't get left behind —and then Putnam says candidates still avoid California.

"You know, it's not a situation where you can just drop-in on California in a week's time and campaign across a very big area, and a very diverse and populous state on top of that," Putnam says. "It's expensive to do that."

Should the California measure become law, Putnam expects a new round of jockeying among states for the right to go ahead.

Kim Alexander, the voter advocate, says even so, the state has little choice but to shift its primary.

"It's no guarantee, but if we keep our primary in June, we are guaranteed that we're not going to have a voice," she says.

The measure is expected to come up for final votes before the Legislature adjourns for the year on Friday.