Accessibility links
No Apology, No Explanation: Fox News And The Seth Rich Story Several months after Fox News retracted its story about the death of Seth Rich, the network has done nothing to explain what went wrong. 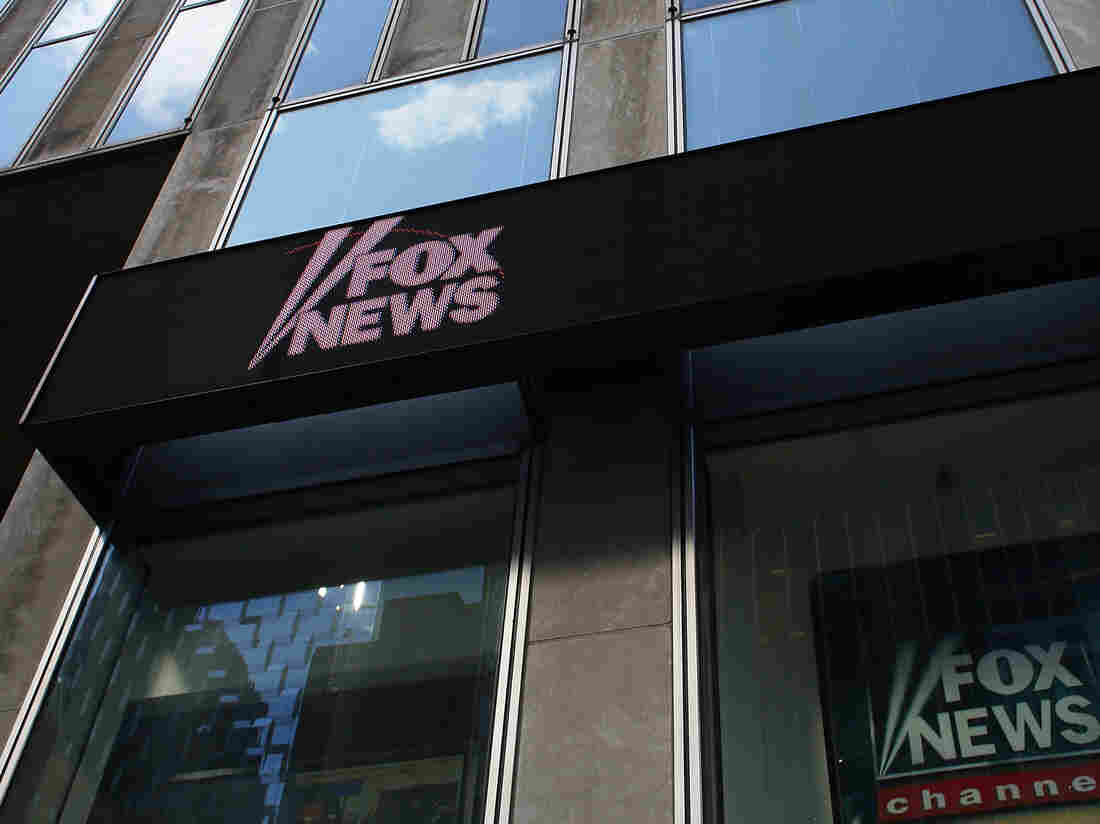 Several months after Fox News retracted its story about the death of Seth Rich, the network has done nothing to explain what went wrong. Spencer Platt/Getty Images hide caption 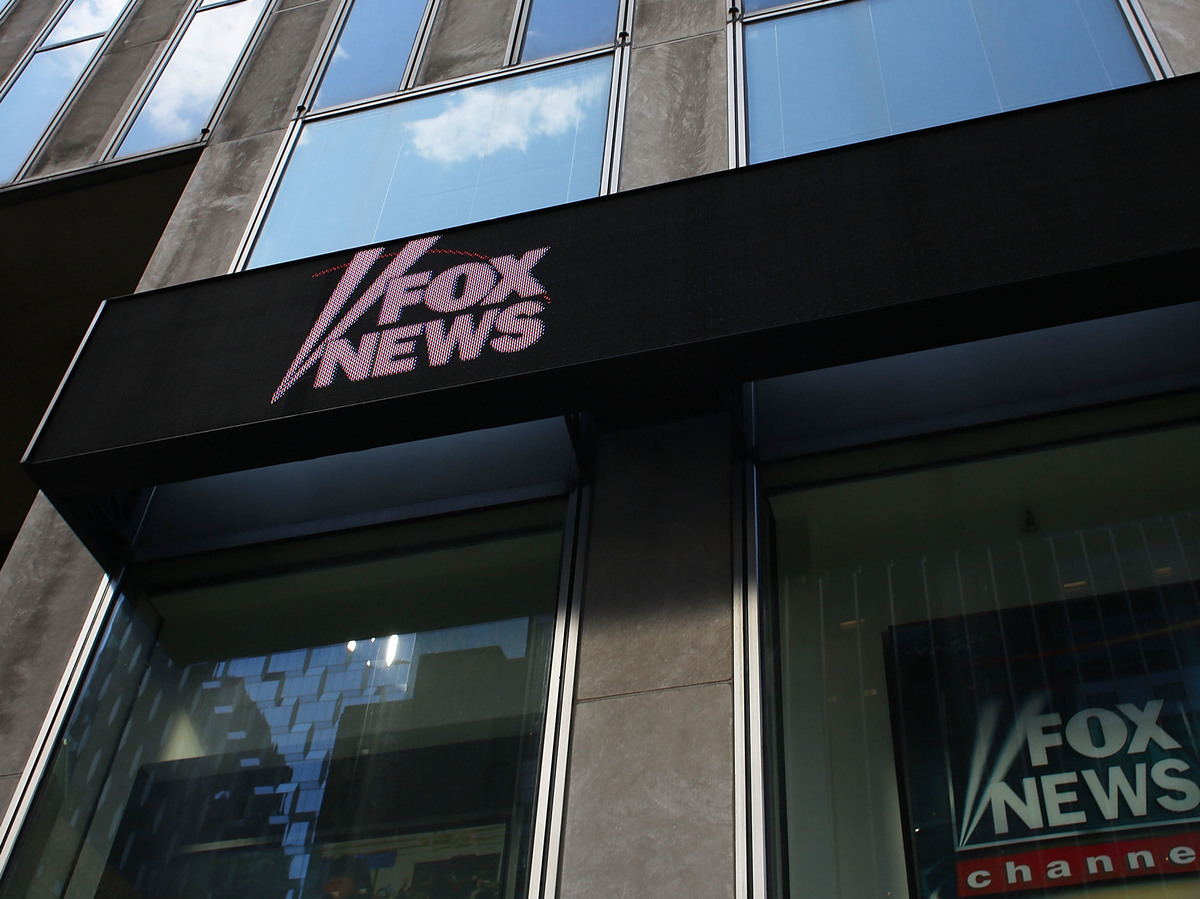 Several months after Fox News retracted its story about the death of Seth Rich, the network has done nothing to explain what went wrong.

On Monday, lawyers for Fox News must submit court filings addressing how the network mishandled a story about the unsolved killing of a young Democratic Party staffer named Seth Rich.

Assuming Fox answers those questions in any detail, it would be the first time the network has done so publicly.

Fox News was compelled to retract the story, which involved presidential politics, international intrigue and a man's murder.

When a story of this scale crumbles, most news organizations feel obligated to explain what happened and why.

Not so far at Fox, which stands apart journalistically from its competitors in many ways. Unlike the other networks or major newspapers, for example, Fox has no office or executive dedicated to standards and practices. That falls within the larger portfolio of the network's general counsel, Dianne Brandi.

And that gap is reflected in the response to the Rich story as well. In the four months since its retraction, Fox News has not apologized for what it reported. Nor has it explained what went wrong.

So let's try to derive our own lessons about what happened — not as a legal matter, but as a journalistic one.

Lesson No. 1: Investigative reports should be ironclad.

An investigative piece on a tragedy that caused such anguish for a family not used to being in the public eye, doubly so.

"With a family at stake, the journalistic rule, like the medical rule, is first, do no harm," said Tom Bettag, the former executive producer of CBS Evening News and ABC's Nightline during the Ted Koppel era.

Rich's parents say the Fox piece devastated them. "It was like burying Seth all over again," Mary Rich, his mother, tells NPR. "And we need to stay focused on finding his murderers."

On the morning of May 16, Fox News posted a story on its website by Malia Zimmerman, one of its investigative reporters. She reported that evidence showed Seth Rich had secretly shared the emails of Democratic Party leaders with WikiLeaks at the height of last year's presidential campaign. Those emails knocked Hillary Clinton's campaign off stride.

Zimmerman's story was amplified by popular Fox News shows, such as Fox & Friends, as well as prime-time programs led by Fox's Sean Hannity and Fox Business' Lou Dobbs. Several personalities called Zimmerman's report a bombshell. The Fox story revived conspiracy theories that whipped through more extreme conservative media outlets that sought to discredit growing suspicions the Russians were behind the hack of the DNC.

But those conspiracy theories remained as groundless after the Fox story as before it.

Lesson No. 2: Make sure your sources are saying what you think they're saying.

In this case there was just one named source: Rod Wheeler, a private eye who had been hired on behalf of Rich's family to investigate his death.

Before the story ran, Zimmerman sent Wheeler a draft with quotes she intended to attribute to him. NPR has seen a transcript of the texts from Zimmerman calling his attention to that email. But there's zero evidence Wheeler ever said those words or gave permission for her to use them.

And if Zimmerman did invent the quotes, that's a big problem — regardless of whether Wheeler gave her the green light.

"It's very easy to lead a witness," Bettag says. "It's a dirty rotten thing to do. You can get people into a lot of trouble saying things they didn't mean to say."

Lesson No. 3: Make sure each of your sources can stand on its own.

A Dallas investment manager and Trump supporter named Ed Butowsky helped to orchestrate the Fox News story. Butowsky was the one who suggested to the Riches that they should hire a private investigator. He picked Wheeler to work for the Riches. Butowsky paid Wheeler too.

Both Butowsky and Wheeler were longtime Fox News commentators. (Butowsky was unpaid; Wheeler was paid per appearance.)

And Butowsky fed tips to Wheeler and Zimmerman, the Fox reporter, as he sought to link the dead man to the leaked emails instead of hackers working on behalf of the Russians. It was all part of an effort, as he confided to others in conversations captured on tape and emails, to defend President Trump, whose ties to the Russians are under federal investigation.

In defending its lawsuit, Fox News may well point to words Wheeler did speak the night before its story ran.

Wheeler told a reporter for the Fox-owned local station in Washington, D.C., that a law enforcement source had verified Rich's involvement with WikiLeaks: "Absolutely. That's confirmed."

But Wheeler said in his lawsuit that source wasn't his at all. He alleged he first heard about the source days earlier from Butowsky and Zimmerman. It was their source, not his, he said.

In a three-way taped conversation that took place a few hours after the Rich story ran, Butowsky and Zimmerman conceded Wheeler had never said what her story claimed.

And that leads us to lesson No. 4:

"Transparency and trust are the absolute lifeblood of any mainstream media organization," says media lawyer Charles Glasser. A former top lawyer and ombudsman (or in-house critic) for Bloomberg News, as a young attorney he once helped successfully defend Rupert Murdoch's New York Post in a case. Fox News is part of Murdoch's larger media empire, and the mogul personally oversees the network.

Fox withheld Butowsky's various roles in the story from its audiences — he blurred lines between benefactor, source, player and, possibly, even reporter.

And Glasser says Fox News failed to offer transparency after the fact as well.

Zimmerman's story cited one other key source: an unnamed law enforcement investigator, who described an FBI forensic report about Rich's computer and offered a detailed characterization of Rich's interactions with WikiLeaks.

Yet the FBI tells NPR the agency has not participated in investigating the Rich case.

Since the story, Fox hasn't mentioned that source again. For months, the network declined to say whether it stands by the source — or whether it has confirmed his existence.

Fox now says it cannot comment for this story because of Wheeler's lawsuit.

"There is a critical role that newspapers and publishers and broadcasters have to clean up the record," Glasser says. "And they have an ethical responsibility as a pillar of democracy."

The late Fox News Chairman Roger Ailes used to boast (incorrectly) that the network had never had to retract a story.

Ailes told colleagues he saw corrections as a sign of weakness rather than a duty. He was forced out more than a year ago during a building sexual harassment scandal.

Fox News' behavior this year, in the months after the Rich story, has little recent parallel among major news organizations — especially for a story with these stakes. No apology. No explanation. And no known consequences.

Yet Fox's choices turn out to have repercussions for the network.

The British culture minister this week put the brakes on a $15 billion deal sought by Murdoch and his family. The Cabinet secretary, Karen Bradley, questioned whether Fox News and the Murdochs adhere to standards of fairness and accuracy.

Murdoch directly controls Fox News. And the Rich story was one of the major developments influencing her decision.

One final coda: In its retraction and limited public statements, Fox News treated the story as though it only appeared on the website — as though the site were a distant cousin, hardly on speaking terms. And it characterized the story as though several million viewers had not seen it rehashed on some of Fox News' most popular shows. It was a slight, but intended, corporate sleight of hand to conceal the magnitude of the mishandling of the memory of a dead young man.