Accessibility links
Watchdogs Try To Get Mar-A-Lago Answers, Mostly Turn Up More Questions Two groups are attempting to get more information about President Trump's guests at his private Florida resort Mar-a-Lago. For the most part, the inquiries have generated more questions than answers. 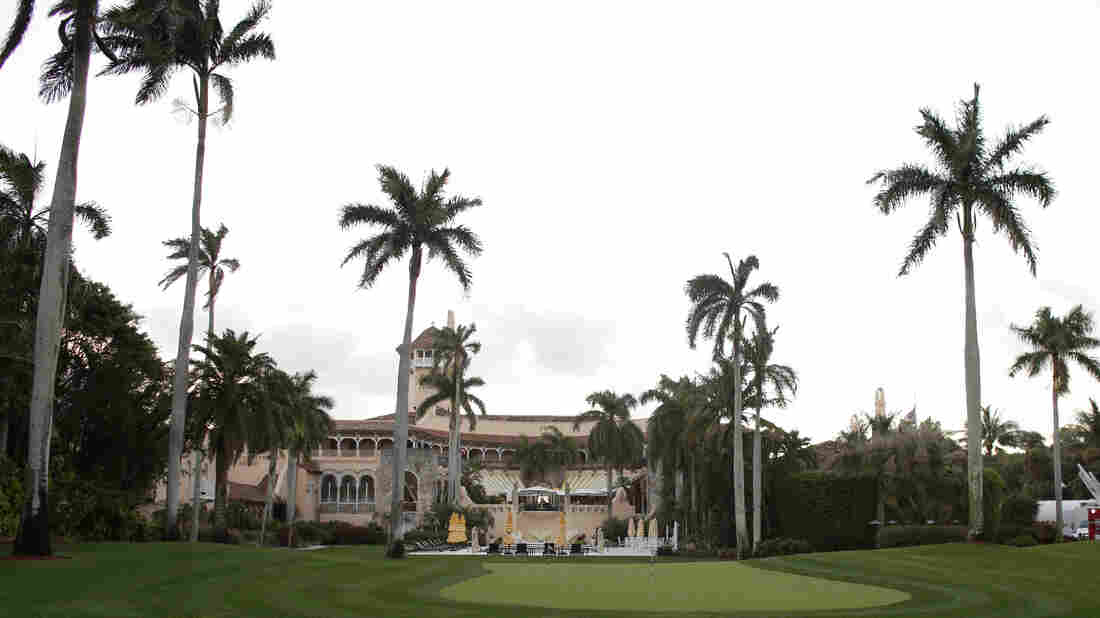 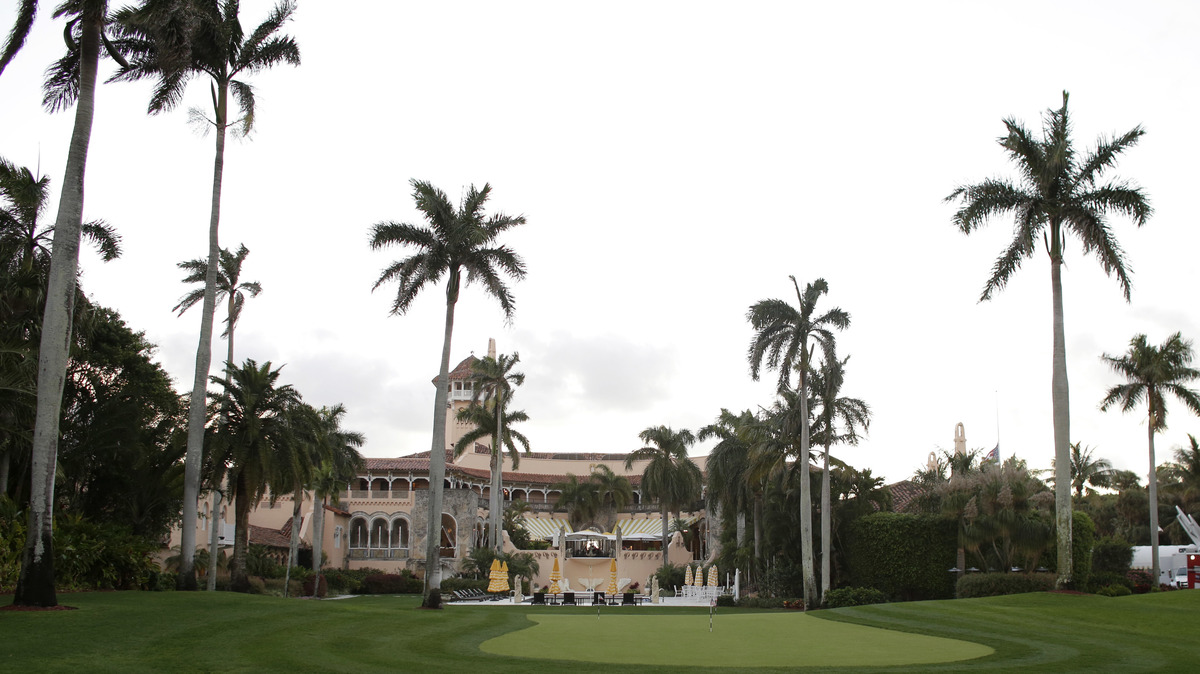 Two Freedom of Information Act requests are raising questions about President Trump's private Mar-a-Lago resort in Florida: Who stayed there, how much they did they pay and who received the profits?

In one FOIA action, Citizens for Responsibility and Ethics in Washington, an advocacy group, requested the visitors log for Mar-a-Lago. Such records would potentially show who met with or accompanied the president from January through March this year.

What CREW got from the Justice Department was a list of 22 names of people who accompanied Japanese Prime Minister Shinzo Abe to Mar-a-Lago in February. The list included Abe's butler and the van driver.

"The remaining records that the Secret Service has processed in response to the Mar-a-Lago request contain, reflect, or otherwise relate to the President's schedules," wrote Chad Readler, the acting assistant attorney general, and Joon Kim, the acting U.S. attorney for the Southern District of New York, in a letter to CREW.

Readler and Kim said the government believes that presidential schedule information is not subject to FOIA.

CREW Executive Director Noah Bookbinder says his organization vehemently disagrees with the government's stand. "This was spitting in the eye of transparency," he said.

"We'll be fighting this in court," he added.

Another advocacy group, Property of the People, had more luck with its FOIA request looking into U.S. Coast Guard records on expenses surrounding Trump properties. The Coast Guard turned up a receipt for $1,092 for a two-night stay in early March for an unidentified guest at Mar-a-Lago.

The receipt shows the National Security Council was charged the full rate of $546 per night. The government — by extension, the taxpayers — paid the bill. The full rate, presumably, builds in a profit for the property.

Critics say this violates the Domestic Emoluments Clause of the U.S. Constitution, which bans the president from receiving payments from state or federal governments beyond his salary.

Property of the People also obtained receipts showing payments by the U.S. Embassy to Trump's hotel in Panama, along with documentation of payments by unnamed federal employees to the president's hotels in Washington, D.C., and Las Vegas. The payments were all made on government credit cards.

"These documents represent perhaps the clearest evidence yet that President Trump has violated the Domestic Emoluments Clause of the U.S. Constitution," says Ryan Shapiro, director of Property of the People. "The likely constitutional violation here belongs in any forthcoming articles of impeachment. Due to his glaring refusal to divest from his sprawling business empire, the President has no one to blame but himself."

Trump's lawyer earlier this year took the position that these types of payments do not violate the Constitution.

"No one would have thought, when the Constitution was written, that paying your hotel bill was an emolument," Sheri Dillon said at a news conference in January. "Instead, it would have been thought of as a value-for-value exchange. Not a gift. Not a title. And not an emolument."

In ongoing but separate litigation, the Justice Department has agreed with Dillon and argued that hotel transactions are business transactions unrelated to the president's office and thus not emoluments.

A previous version of this story misspelled Sheri Dillon's first name as Sherri and also misspelled Dillon as Dillion in one reference. Additionally, the original reference to Citizens for Responsibility and Ethics in Washington omitted the words in Washington.