Accessibility links
'School For Good And Evil' Is A Kids' Fantasy Series For The Fake News Era "Good and evil — they mix in the world," says author Soman Chainani. "Both sides claim to be good, both sides claim to be telling the truth." His latest in the series is called Quests for Glory. 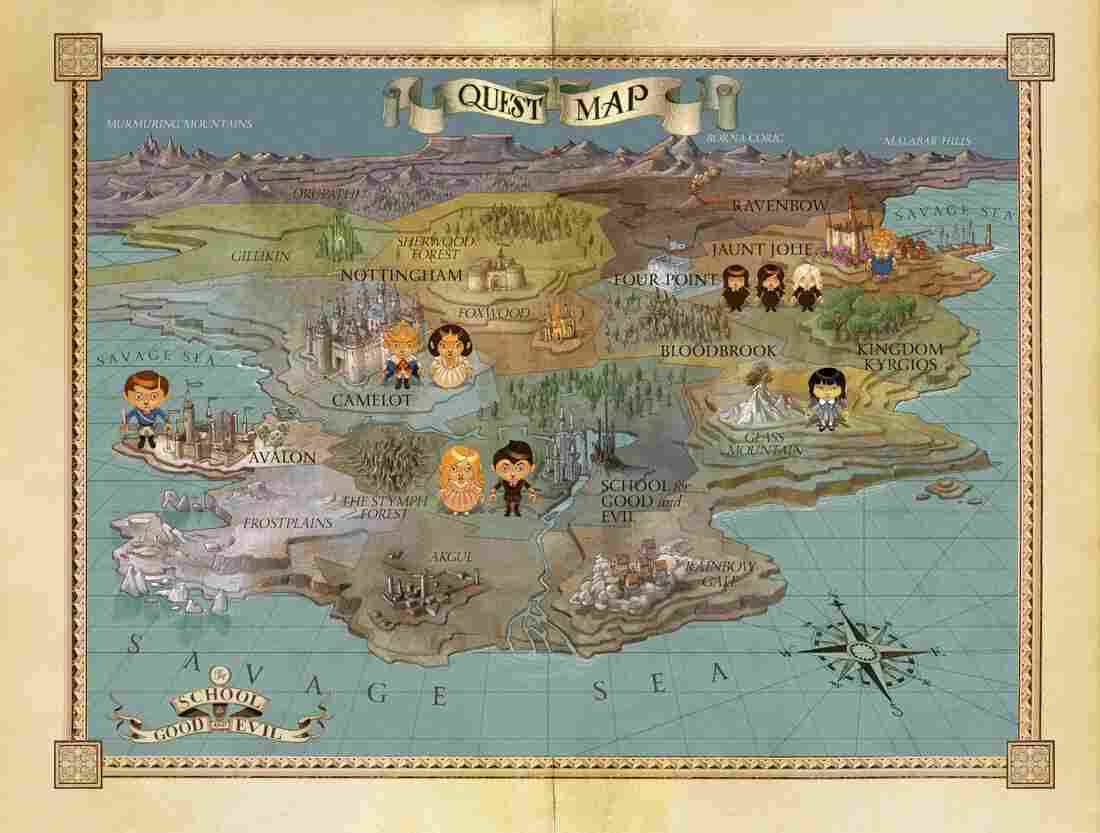 This map appears at the beginning of Soman Chainani's latest book in "The School for Good and Evil" series, Quests for Glory. © 2017 by Iacopo Bruno/Harper Collins hide caption

"The School for Good and Evil" isn't just a fantasy novel series for middle-grade readers.

It's a low-key empire.

There's a YouTube channel, an interactive website with t-shirt giveaways and character contests, Instagrams, dramatic book trailers. Universal Pictures bought the rights to the series pretty much as soon as the first book was published. 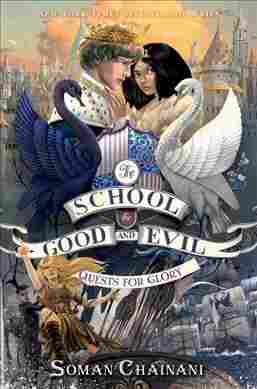 Perhaps it's not surprising, then, that the man behind "The School for Good and Evil" empire, Soman Chainani, grew up idealizing Madonna not for her music, but for her "business sense."

Chainani is a dashing young guy, whose Crossfit skills you can follow on Twitter, along with excerpts of the new book.

Growing up in Miami in the 1980s, when he wasn't idealizing Madonna-as-entrepreneur, he was binging on animated movies. "I watched Disney movies almost Clockwork Orange-style with my eyes pried open being completely brainwashed by Disney," he says. "My life was Disney. Everything I knew about the world, about story structure or about narrative came from Disney. And then I went to college and my first class at Harvard was this seminar on fairy tales."

He says that reading the original, much darker, much more complicated stories the Disney movies were based on made him feel like he'd been cheated.

"That's where I think 'The School for Good and Evil' came from," he says. "It was this desire to reclaim fairy tales and give kids an alternative to Disney set in a similar fairy tale world that looked like Disney but ultimately break it all down. And show them a way of thinking beyond the Disney good and evil matrix, which I am convinced is corrupting so much of the way kids think."

The first breakdown of the good-evil Disney matrix comes right when the series begins. The School for Good and Evil is where good kids learn to be fairy tale heroes and bad kids learn to be villains and murderers and monsters. In the first book, Sophie — a blond, gorgeous girl who always felt she was destined to be a princess — gets dropped off at the School for Evil, while Agatha — her witchy best friend who lives in a graveyard — ends up at the School for Good.

In the Endless Woods that surround the school, you come across some familiar characters like Merlin, Robin Hood, Captain Hook, but the students are at the center. "We are generating a new sort of era of fairy characters that are going to be relevant for the modern world," Chainani says. "These are kids who are going to be able to look at the past fairy tales and then live out their own."

There's also a very important magic pen called the Storian. The pen has a will of its own and drafts the official version of new fairy tales as they unfold in a grand blank storybook. Halfway through the fourth book we learn — spoiler alert — that there's another pen just like it drafting the same story with the same character but from a totally different perspective. 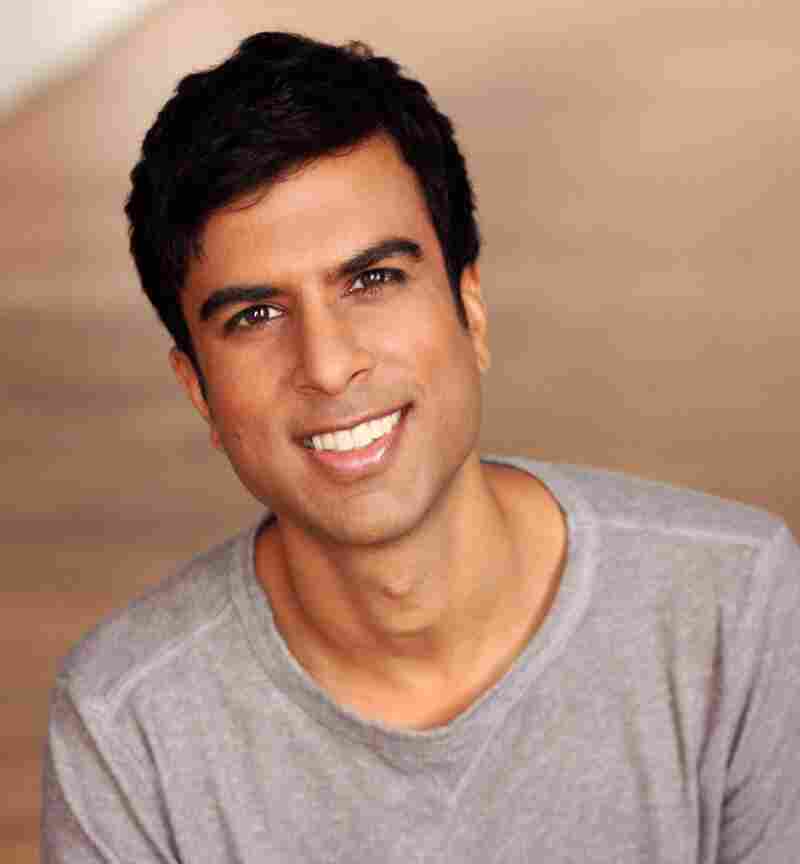 Soman Chainani is the author of "The School for Good and Evil series. He lives in New York City. David J. Martin/Harper Collins hide caption 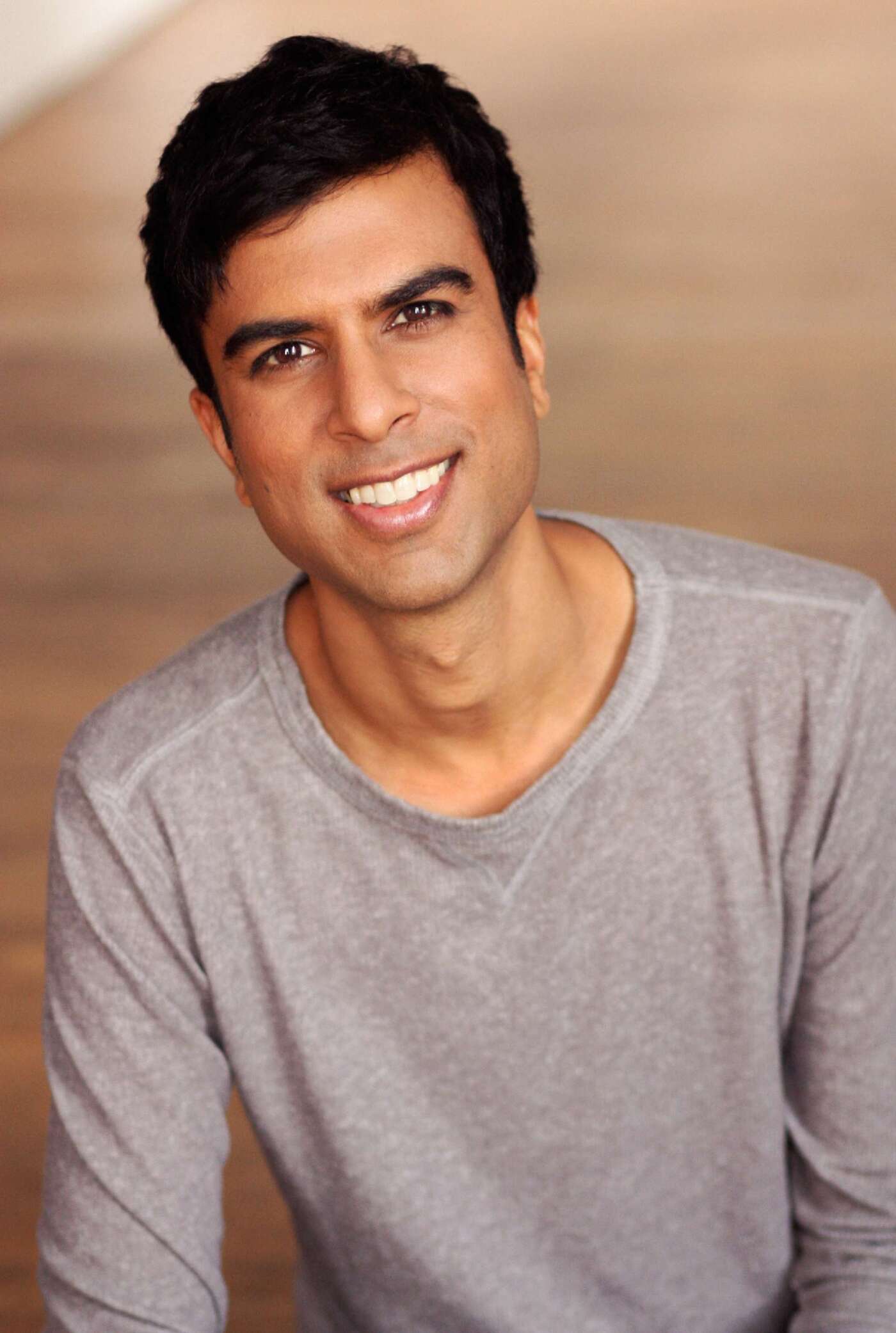 Soman Chainani is the author of "The School for Good and Evil series. He lives in New York City.

Chainani wrote the book in the winter and spring after last November's presidential election. He's aware that day-to-day politics doesn't age well, but there are themes that readers in 2017 will recognize.

The power of a lie that feels true and drives people's behavior is at the heart of the book — a theme that feels very now.

Reading these books, it's hard not to think about Harry Potter. There's magic, there's school, there's some PG romance. Chainani says he's a fan, but with his books, he tried to move away from the warm safety of the Harry Potter books.

"There was no way that series was going to end with Harry in a pool of blood and Voldemort kicking his heels into the sunset, right? Because it just had such a strong kind of moral spine to it," he says. "I thought kids needed something that felt more unstable and that reflected that uncertainty, not just of the world, but of junior high and high school where kids lie all the time and bad kids win all the time. I wanted all the readers to feel slightly uneasy the entire way through."

This is a big book — 576 pages. Your reward for making it to the end is a crazy plot twist. It's so unexpected it'll keep you hooked for books five and six ... plus the film version, and whatever worlds Soman Chainani comes up with next.