Accessibility links
Is There A 'Better Way' To Handle Campus Sexual Assault? Education Secretary Betsy DeVos may be using some compromise plans devised by outside groups as a model for balancing the rights of alleged victims and accused students. 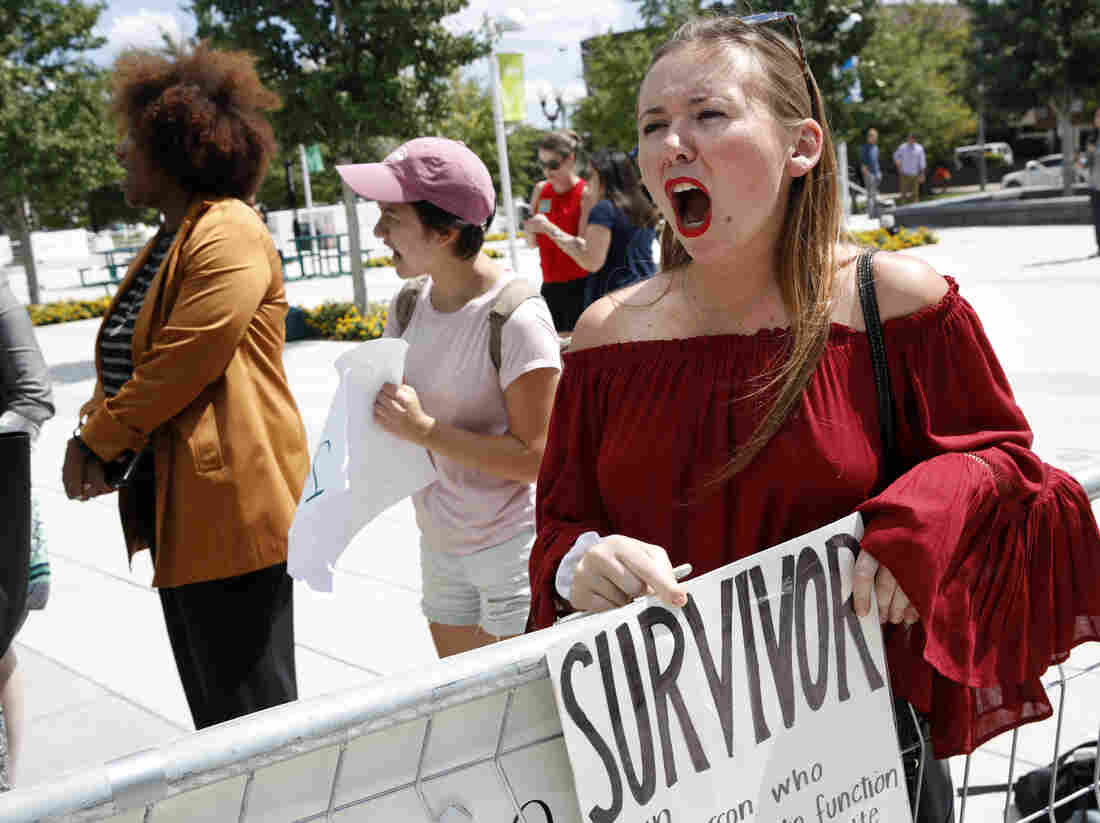 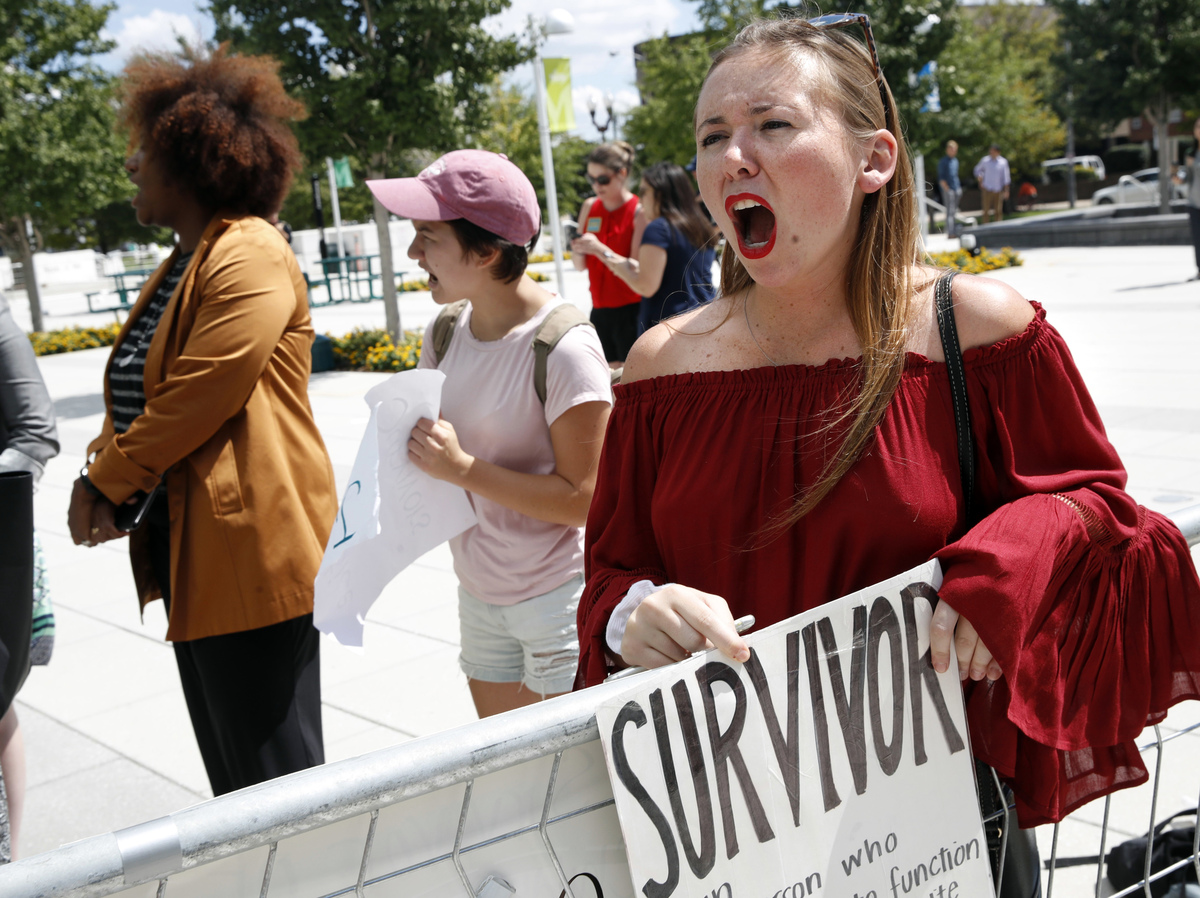 Secretary of Education Betsy DeVos insisted about 10 times during her recent policy address that there's a "better way" for colleges handle campus sexual assault. Now, as officials begin work to find it, they may well be taking a cue a few groups that DeVos says has already "made progress on these difficult issues." Here's a look at the recommendation of those groups.

DeVos cited a task force of the American Bar Association, and another by the American College of Trial Lawyers, both of which managed to find consensus on how to make the current system more fair to accused students.

1. Decision makers must be convinced by the evidence

The ABA's Criminal Justice Section Task Force on College Due Process Rights and Victim Protections issued its recommendations last spring, hashed out by a diverse group of advocates and lawyers holed up together in a conference room for eight hours at a time.

"Walking in, I was very wary," says one participant, Laura Dunn, who founded the victim advocacy group "SurvJustice" in 2014, about decade after she says she was raped at college. "There was apprehension on all sides that it would be challenging and hard and frustrating and possibly resulting in zero agreement at all," she recalls. 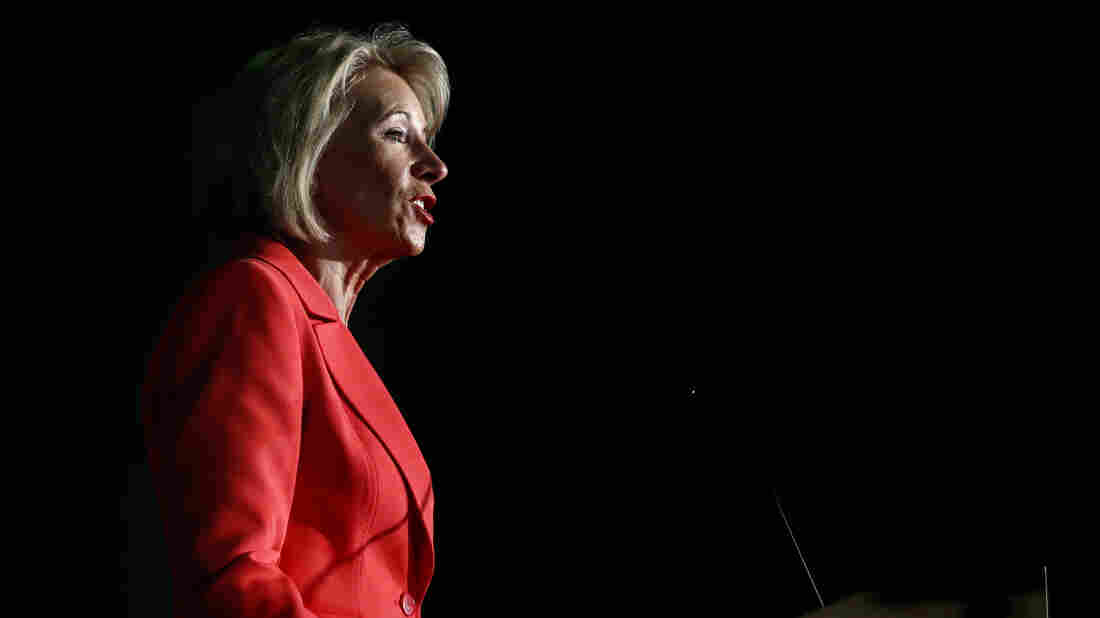 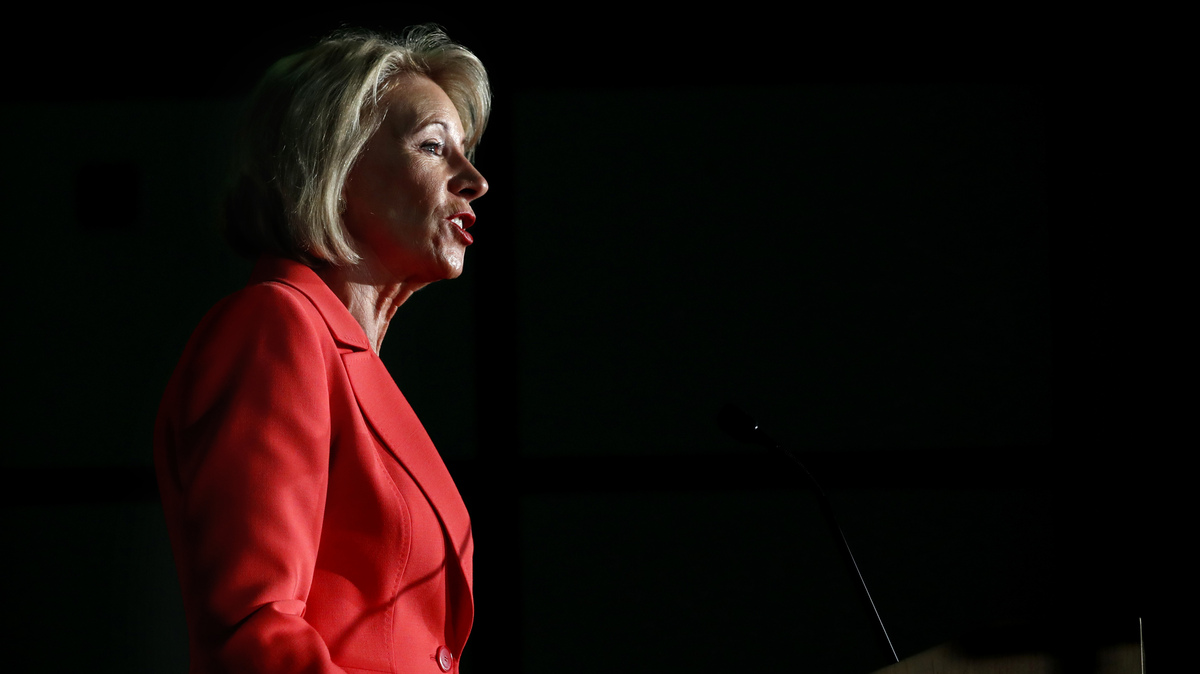 But over lots of coffee, emotion, and pressure to listen more and bend further, Dunn and the others got to a set of rules they could all live with.

"Nobody gets everything they want," says another participant, Cynthia Garrett, co-president of the group Families Advocating for Campus Equality, which represents the interests of accused students. "I understood I had to compromise just like everyone other person in the room did."

One biggie for everyone was how much evidence should be required to prove a sexual assault.

Like many others, Garrett saw the current "preponderance of the evidence" standard as too flimsy, and she wanted to raise it to require "clear and convincing" evidence.

But for Dunn, that was a deal-breaker.

Ultimately, their compromise began to take shape, as participants started agreeing to a bunch of other protections. For example, the task force decided that students should have attorneys who can actually speak during hearings. Students should also see all the evidence being considered, the task force said, and both sides should be able to do some cross-examination through written questions. The task force recommended against the so-called "single investigator model," in which the investigator is also the person rendering judgement. And members said cases should be judged by a panel that would have to be unanimous, rather than by any single person.

"That was kind of a 'give' to assure people who were concerned about rights of accused," says Dunn. "We were ensuring that campuses [would be] really sure when they made this decision."

After all that was hashed out, the issue of evidence got easier.

As long as all those other protections are in place, members agreed, a lower standard is OK. Otherwise, they concluded, the evidence bar should be higher.

Garrett says consensus also became easier after the group decided to ditch all the baggage that comes with the legal labels like "preponderance of the evidence" or "clear and convincing." Instead, they just spelled out exactly what they had in mind.

"We wrote out that the decision makers must be convinced," says Garrett. "They have to actually believe the evidence. There's no more guessing. That's how I reached the point at which I said OK."

Both Garrett and Dunn say they've taken some flack for compromising from their own respective sides, which only underscores how hard it may be for DeVos to get any kind of broad buy-in from all the warring factions: those incensed by what they see as government overreach and a virtual witch hunt, and those outraged by an administration they see as hostile to victims.

Indeed, even before DeVos started laying out her position on the issue, many were already expressing outrage.

"We do not trust this administration," longtime activist Lisalyn Jacobs said during a protest rally outside DeVos' recent speech. "The administration is headed by someone who talked about grabbing women by a word that I will not use," she said.

2. Raising the standard for evidence

Some want DeVos to convene a diverse committee to help hash out new rules, as the ABA task force and The American College of Trial Lawyers did.

But there is even disagreement in what those groups concluded; the ACTL recommended that the standard of evidence should be raised. ACTL President Bart Dalton says a new framework is needed to stop the accused from being "railroaded" and improve a process that leaves everyone "shortchanged."

But, he says, the ACTL and ABA recommendations are more similar than they might appear. If the ACTL had delved into as much detail as the ABA on other issues like the right to cross examination, "we might be willing to go to a lower standard," Dalton says. "These things push and pull on each other. The more other protections you have, the more reasonable it is to go to a preponderance standard. The fewer protections you offer, the more you need to have a clear and convincing standard."

He agrees, the current political climate will make consensus difficult. People may see the ACTL recommendation to raise the evidentiary standard as "anti-victim," but "that's complete nonsense," says Dalton, who has been representing victims of sexual abuse for decades. "You don't do any justice for a victim if whatever happens is a result of a system that is not viewed as fair."

He insists a broader consensus is possible as long as cooler heads prevail.

"It can absolutely be done," Dalton says. "There's always an emotional element to this but we came to consensus fairly quickly."

3. Outsourcing to the experts

In her address, DeVos also pointed to one other "promising" idea that would simply get campuses out of the business of adjudicating cases of sexual assault, and outsource the job to experts. The idea is to set up regional centers where professionally trained specialists would investigate and adjudicate allegations. It's been promoted by two former prosecutors, who've spent decades going after sexual assault, as well as legal experts and some schools. They say the regional centers would be better equipped to ensure fairness and inspire confidence, and, as DeVos put it, allow "educators to focus on what they do best: educate."