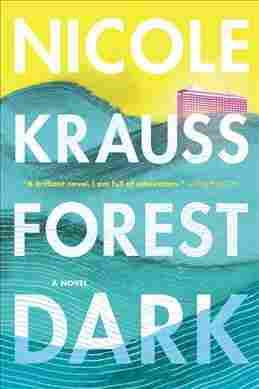 Fall is when the publishing industry gets serious, when it leaves beach books in the sand and turns to weightier topics. And what could be weightier than the greatest question of all: the meaning of life. Two new books — one a novel; one a (sort of) memoir — tackle that ultimate question through experimental forms of writing.

I know, I know: "Experimental writing" is surely one of the least enticing literary terms. But don't be put off, because both of these odd new books offer something special, something that more "broken in" forms of writing can't provide.

Nicole Krauss doesn't need to be oversold: Her novels have garnered plenty of awards and she enjoys a celebrity off the page. (She and her ex-husband, Jonathan Safran Foer, were once Brooklyn's reigning literary couple).

Like Foer — whose recent novel, Here I Am, was about a disintegrating marriage — Krauss partly draws on their divorce as material for her new novel, Forest Dark. The title derives from Dante's Divine Comedy: "Midway upon the journey of our life/I found myself within a forest dark/for the straightforward pathway had been lost."

Krauss' marriage-breakdown plot features the self-conscious device of a first-person narrator named Nicole who impulsively leaves her husband in Brooklyn to travel to Israel and write a novel set in the anonymity of the Tel Aviv Hilton.

Forest Dark, in fact, includes a grim black-and-white photo spread of the concrete Brutalist expanse of that hotel. As the fictional Nicole explains:

Simultaneously, another character, a wealthy lawyer in his late 60s named Jules Epstein, feels increasingly untethered from his life. After his own elderly parents die, he ends his long marriage, gives away most of his money and, like Nicole, winds up in Israel. There, he comes under the sway of a charismatic rabbi and disappears in the desert. Epstein's story is retrospective: He's presumed dead when the novel opens.

The two separate plotlines about these two questers — Nicole and Epstein --ultimately intersect, but that's the only predictable aspect of this scramble of a novel. There are digressions here into Franz Kafka, René Descartes, Sigmund Freud, fairy tales and film. Sections of the novel are walled off from each another, as disconnected as that row-after-row of rooms in the Tel Aviv Hilton. 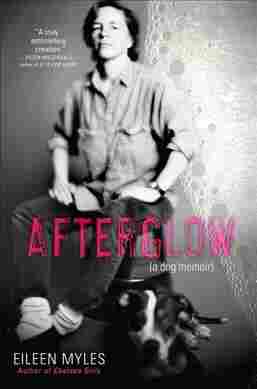 Readers should just go along for the choppy ride, because the pleasure of Krauss' writing isn't located in the story. Instead, it's the wayward precision of her language that draws us into the desert, "the forest dark" and other contemplative places where illumination occurs.

As poet, writer and provocateur Eileen Myles tells us, no other creatures are better acquainted with the rewards of aimless wandering than dogs. Myles, who prefers the gender neutral pronoun "they," had such an errant companion for over 16 years — a pit bull named Rosie. Their new memoir, Afterglow, is about life and afterlife with Rosie.

I swore I was done with dog books: Ever since Marley & Me was published in 2005, the litter of literary tributes to beloved bow-wows has become so vast and formulaic that a universal spaying of the genre is called for. But Afterglow is a mutt elegy in a million.

Myles mixes up more conventional memories of Rosie with fantasy scenes, photos and Gertrude Stein-like poems on subjects like Rosie's plaid dog bed and her cone of shame. There are also reflections here on time and gender.

Through all this weirdness, Myles gets at something no other dog book I've read has gotten at quite this distinctly: The sense of wordless connection and spiritual expansion you feel when you love and are loved by a creature who's not human. At one point Myles writes directly to Rosie:

Myles, like Krauss, takes chances with form: Sometimes they flop into incomprehensibility; but, overall, Afterglow works. It's raw and affecting, and in its wild snuffling way, utterly original.

Read an excerpt of Afterglow