Accessibility links
How Rick Santorum Got A Haircut And Revived The GOP's Obamacare Repeal Effort Among the many surprises in the latest push to repeal Obamacare is the key role being played by the former Republican presidential candidate from Pennsylvania — who left the Senate a decade ago. 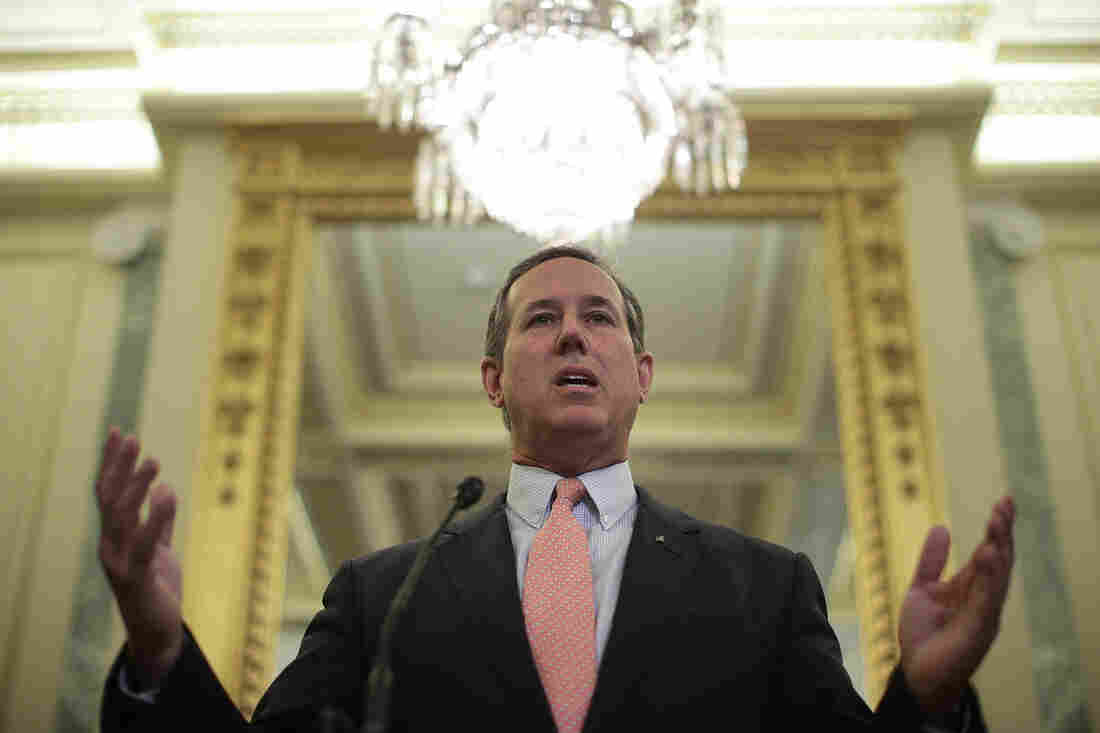 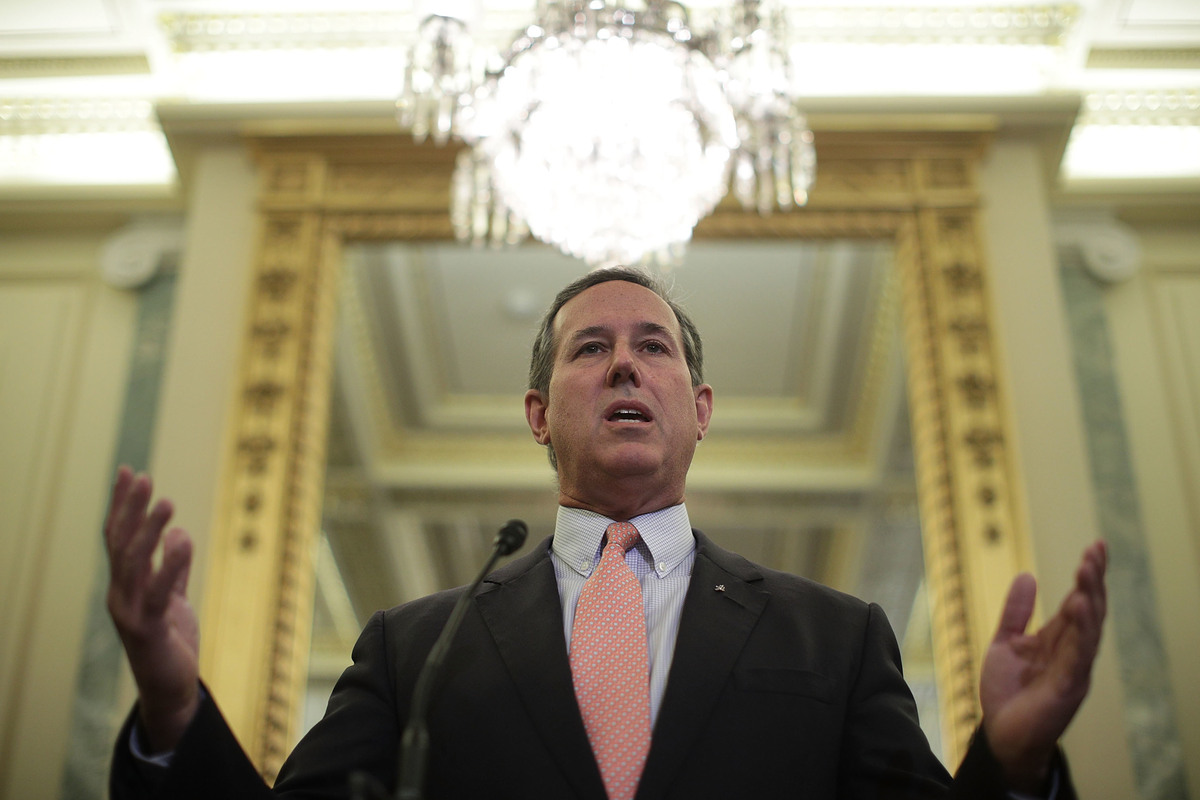 Former Sen. Rick Santorum, R-Pa., speaks on Capitol Hill on Sept. 13 at the unveiling of the latest Republican bill aimed at dismantling the Affordable Care Act.

There's a chance Republicans wouldn't be so close to repealing and replacing the Affordable Care Act if former GOP Sen. Rick Santorum of Pennsylvania hadn't dropped into the Capitol barbershop this spring.

"I was up on the Hill, I happened to just go by the barbershop to see if I could get a haircut, and Lindsey was in the chair," Santorum said. "And Lindsey asked me what I was doing, and I thought to myself, 'Well, let me just bounce it off Lindsey.' "

"Lindsey" was Sen. Lindsey Graham, R-S.C., and "it" was an idea Santorum had just begun talking about with several members of the House Freedom Caucus — repealing large parts of Obamacare and replacing it with a system that's long been a Republican favorite, block grants of funding to states that come with far fewer federal mandates.

Santorum has been mostly absent from Washington since he lost to Democrat Bob Casey in 2006. "I haven't been to the Capitol, really other than just to say hi and take friends through tours, in the last 10 years," he said. Santorum was the runner-up in the 2012 GOP presidential primaries behind Mitt Romney, and didn't make it beyond the Iowa caucuses in 2016.

But he's long been drawn to the health care debate, and Santorum thought he had something to add to Republican repeal efforts. The block grant approach comes from a major welfare reform law that Santorum helped author in 1996. The reform, signed by Democratic President Bill Clinton, stands as the rare successful rollback of a previously issued government entitlement.

Santorum made his pitch to Graham in the barber chair. Graham liked it and suddenly the two presidential also-rans were on a mission. Except, not quite. "It was always a back burner until it was apparent in July that [Senate Majority Leader Mitch McConnell's Obamacare repeal bill] wasn't going to pass," Santorum said.

After that, talks continued behind the scenes until the bill was rolled out in a Capitol press conference last week. And there was Santorum, who hadn't held office since 2007, not only standing alongside four current Republican senators, but jumping into the mix and answering questions.

Santorum argued the bill is much more politically viable than previous repeal efforts, because it doesn't quite repeal the current health care system. "We don't cut as much as the McConnell bill does," he said. "We recognized that there's a need out there and there's an entitlement in place, like the welfare issue. To be able to remove a broad-based entitlement is, in my mind, impossible to do."

Critics say the measure would do much more than tweak the current system. While it would loosen many current federal health insurance requirements and turn money over to states, many states would see major shifts in their current funding levels. Obamacare defenders worry this would lead to unstable markets, and not a whole lot of protection for people with expensive or pre-existing medical conditions.

Read a full analysis of the bill from NPR's Alison Kodjak here.

With this bill, Santorum is back in the mix in Washington — enough that, for a brief moment, someone recently floated the idea that maybe Santorum could step in as House speaker, if conservatives revolt against Rep. Paul Ryan, R-Wis.

Santorum said he's not interested, and that he prefers the current role that he frames as a "little bit of a special agent coming in and trying to help out." But his initial answer to what he made of that brief, low-flying trial balloon wasn't the type of laughing dismissal that many politicians would give.

Santorum said, "I think that came about because we're putting together a plan here in health care that people are looking at and saying, gee, why couldn't our leadership do something like that?"

On Tuesday, Santorum was back on Capitol Hill, pitching Senate Republicans on the bill, now known as Graham-Cassidy. (Cassidy is Sen. Bill Cassidy, R-La.) It's gone from an idea in a barber's chair to something that appears to have a shot of passing.