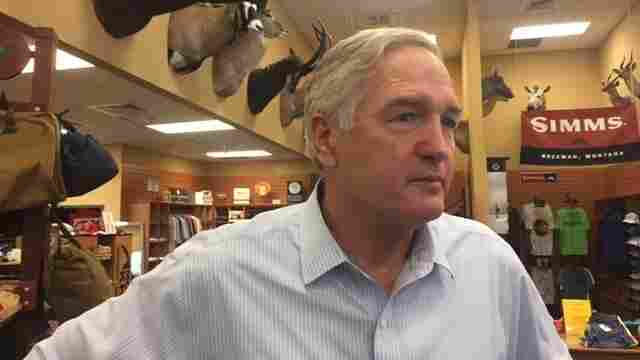 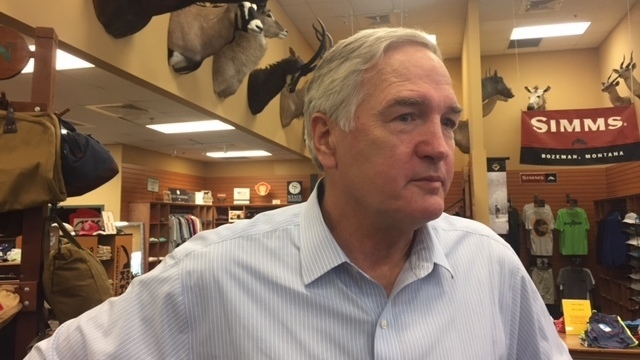 The Republican Party's infighting is on full display in Alabama ahead of next week's Senate runoff — a race that's getting nastier by the day.

Meanwhile, the GOP establishment — bolstered this time by Trump himself in a surprising move — is working overtime to make sure that appointed Sen. Luther Strange triumphs to finish the term of Attorney General Jeff Sessions, who represented Alabama in the Senate for two decades.

Trump will headline a rally for Strange on Friday night, which the senator's D.C. backers are hopeful will help push him over the finish line come Sept. 26. But Moore has his own heavy hitters coming to help him Thursday — former GOP vice presidential nominee Sarah Palin and former Trump adviser Sebastian Gorka.

Both candidates argue they are best equipped to "drain the swamp" in Washington. Moore — who finished first in last month's primary — is leading in most polls and has seized on the fact that Strange is bolstered by allies of Senate Majority Leader Mitch McConnell. The Senate Leadership Fund, a superPAC aligned with McConnell, has spent almost $9 million in the race, hammering Moore while trying to boost Strange.

"Drain the swamp. Send McConnell a message. Send them all a message," says one Moore ad, which decries McConnell's "D.C. slime machine" for its heavy rotation of hits.

Moore benefits in the GOP primary race from a long, albeit contentious, history in state politics. He was twice removed as chief justice of Alabama's top state court for defying the federal courts — first in 2003 for displaying a giant Ten Commandments monument at the state judicial building. He was eventually re-elected but then suspended again, in 2016, for rejecting the U.S. Supreme Court's ruling legalizing same-sex marriage across the country.

It's that history that worries national Republicans, who fear he would be a loose cannon if he gets the nomination and could even put what should be a very safe seat in jeopardy. That anxiety became even more real for them this week when Moore was caught on tape lamenting divisions in the country by using widely recognized racial slurs.

"We have blacks and whites fighting, reds and yellows fighting, Democrats and Republicans fighting, men and women fighting," Moore said. His campaign said he was simply referring to the Christian song "Jesus Loves the Little Children."

Moore's campaign leans heavily on the religious conservative message that has fueled his rise in the state.

"It's about the elimination of the acknowledgment of God in our society," Moore said at the campaign rally, warning that "without that God we have no rights."

Strange, the former Alabama state attorney general, was appointed earlier this year under less than auspicious circumstances. He was investigating then-Gov. Robert Bentley's misuse of his office to cover up an extramarital affair. Bentley eventually resigned.

But since heading to Washington, he has become a staunch Trump ally and was rewarded with an endorsement by the president — who remains extremely popular in Alabama, especially among the type of conservative, would-be Moore voters that Strange needs. With most public polls showing Strange still trailing Moore, Friday's rally with Trump could be his last best hope to get the momentum on his side.

Back home in Alabama last Saturday, Strange visited with fans at a college football game and stopped by McCoy Outdoors, a sporting goods shop in Mobile. At the gun counter, he tested which models fit his grip (nicknamed "Big Luther," Strange is 6 feet, 9 inches) and touted his endorsement from the National Rifle Association. He argues to voters that he is the real Trump candidate.

"You can put Mitch McConnell aside. You can make him a symbol all you want," Strange said. "The real relevant fact here in Alabama is that President Trump supports me."

For Gene Daniels, who was in the store to sell a gun, that was good enough.

"Since Trump likes him, I kinda like him too," said Daniels.

Others say they don't think Roy Moore is qualified. He has been criticized for not having a deep understanding of policy matters. Earlier this month, after Trump announced his decision to wind down President Obama's Deferred Action for Childhood Arrivals program for so-called DREAMers, Moore didn't know what the program was.

"Roy Moore more cannot help us in Alabama. He'll help Roy Moore. And he'd have fun running around and doing what he's always done, being someone that's an outsider — you know, playing to himself. But that's not what we need in Alabama," said Richard Murray, a GOP voter from Mobile. 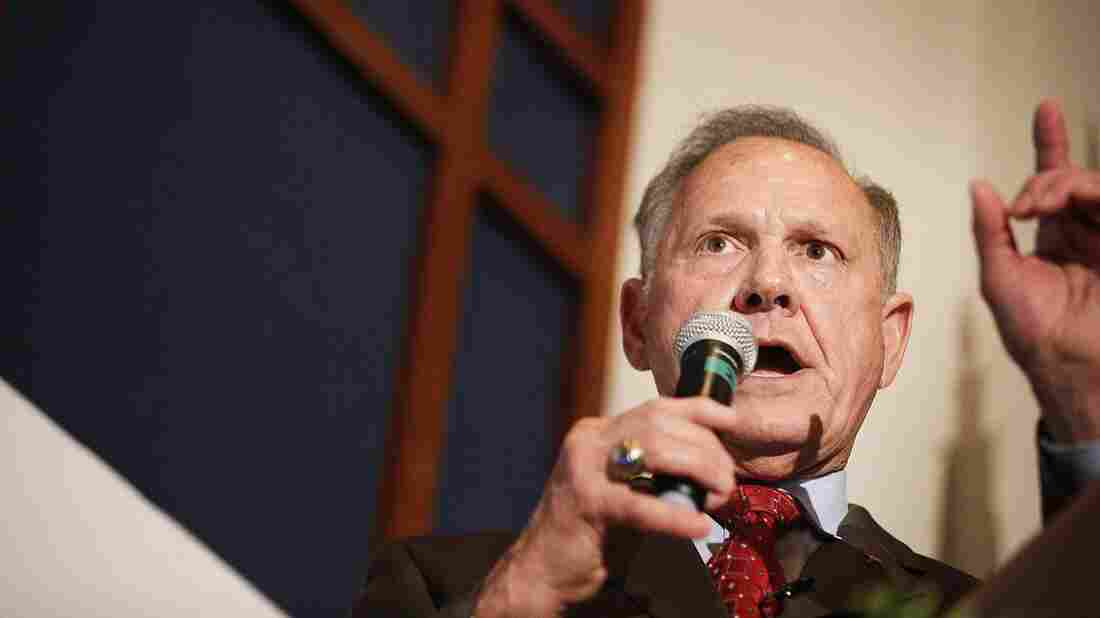 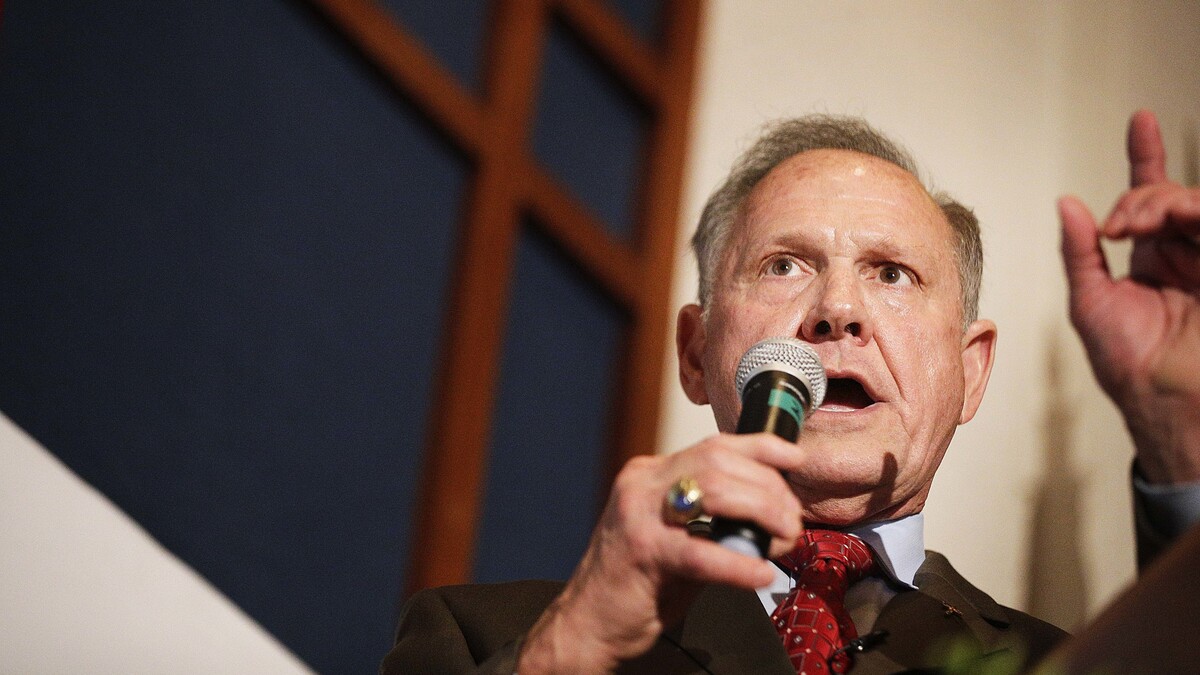 The race is also an early key test for Bannon — now back with Breitbart News, which has been promoting Moore — and his anti-establishment allies to see whether they can take on McConnell ahead of key 2018 primaries. But GOP strategists worry such a move could produce weaker general election nominees and leave them vulnerable come next year, when a friendly GOP map should mean they make gains in the Senate.

This time, Trump is siding with McConnell's chosen candidate, despite a rocky relationship with the Senate Republican leader. A loss by Strange would be a blow to McConnell. And if Moore does win the general election in December, that would give McConnell a rabble-rousing senator that could make it harder to corral Senate Republicans.

By wading into the race beyond just supportive tweets, Trump now ups the stakes for himself too, and a loss by his chosen candidate may mean he won't be as willing next time to go against much of his core base and vocal supporters who have lined up behind Moore.

However, Democrat Doug Jones, who has already won his party's Senate nomination, is counting on such internecine wars to help him pull off an upset. Jones is former U.S. attorney from Birmingham, best-known for prosecuting Ku Klux Klan church bombers.

"The Republican Party today in Alabama is very similar to the Democratic Party of old," Jones told NPR. "It's just a conglomeration of factions that don't like each other. And so I think there's going to be an opportunity in a special election."

That still remains a long shot, though, since Democrats have not won a statewide office in Alabama since 2008.