Accessibility links
Jerry Seinfeld's New Netflix Special Puts His Comic Life Into Perspective After more than 40 years in the business, Seinfeld revisits the clubs where he got his start. Critic David Bianculli says Jerry Before Seinfeld will make you laugh — a lot. 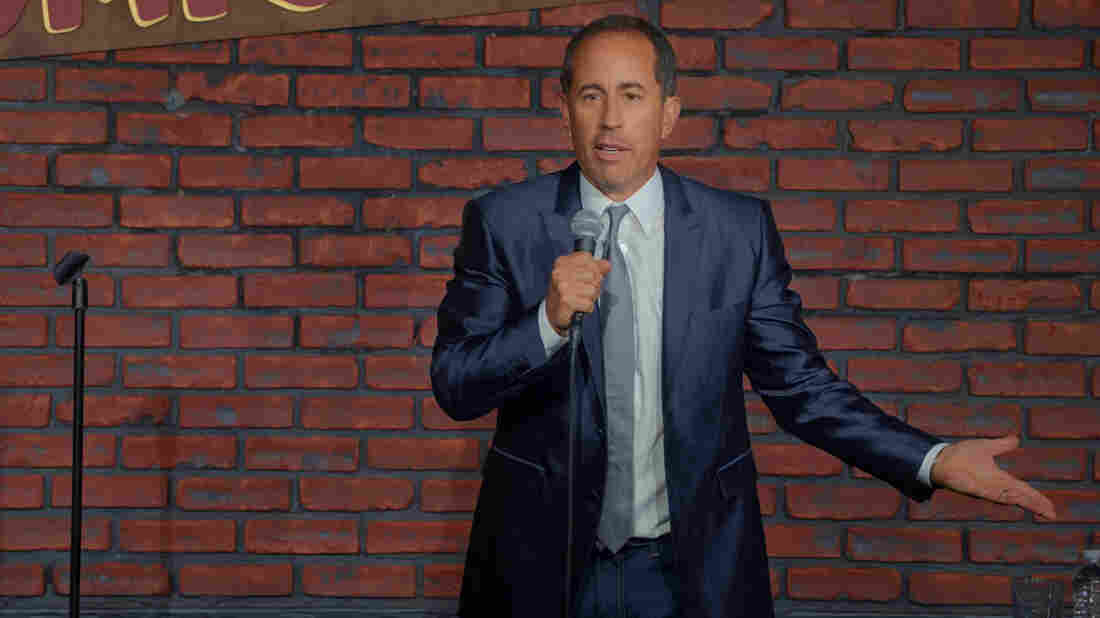 In his new special, Jerry Seinfeld revisits the shop window where he first decided try stand-up and the comedy club where he became a regular in the summer of 1976. Netflix hide caption 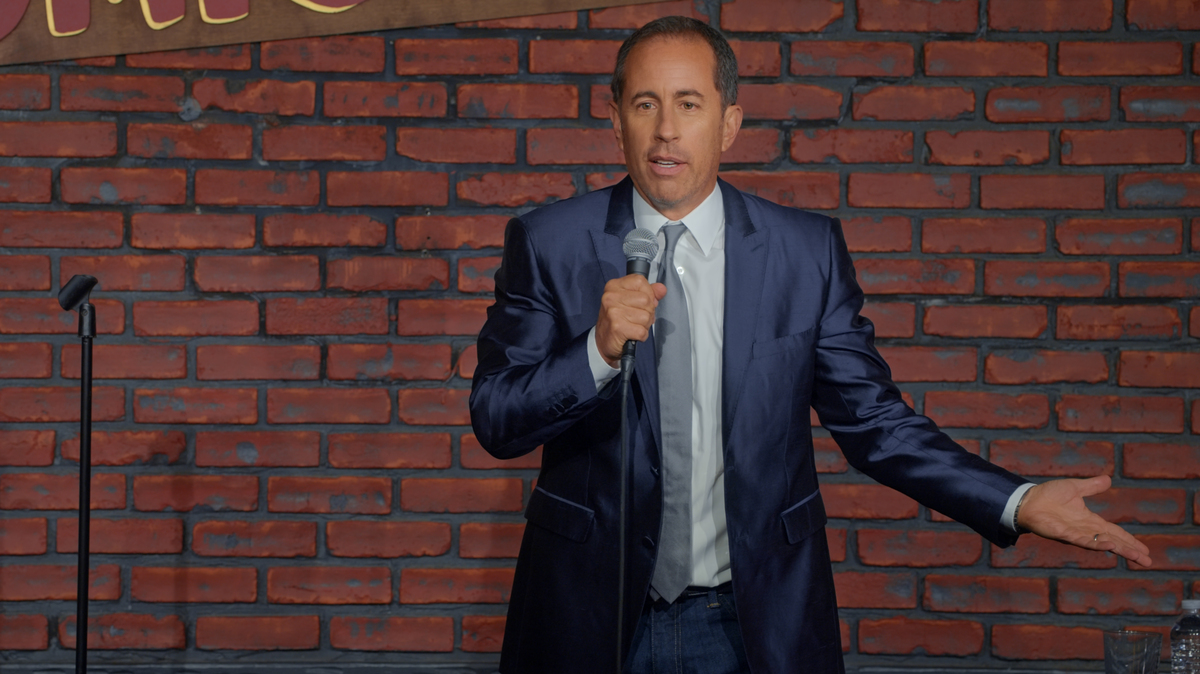 In his new special, Jerry Seinfeld revisits the shop window where he first decided try stand-up and the comedy club where he became a regular in the summer of 1976.

On television, Jerry Seinfeld has not only been astoundingly successful, he's also been amazingly consistent in pursuing and presenting his particular comic vision. He doesn't do big shows or specials about grand ideas and giant themes. He does narrowly focused TV programs about specific concepts — then, within those narrow confines, he finds humor, honesty and sometimes even art.

With Larry David, he created the mega-hit NBC sitcom Seinfeld, commonly and aptly described as "a show about nothing." After that, Seinfeld created a series for Sony's streaming service, Crackle, which is brilliant in both its narrow focus and its perfect execution. It's called Comedians in Cars Getting Coffee, it's exactly what the title suggests — and it's now in its ninth season.

For Netflix, Seinfeld begins with another intentionally small-scale concept. It's called Jerry Before Seinfeld and it's all about his comedy roots.

He starts with Johnny Carson introducing him on The Tonight Show in 1981, then flashes back to the time, several years before that, when he decided to give stand-up comedy a try. He even tells that story from the specific place in New York City where he first had that thought — and for the record, it's on a ground-level shop window ledge at the corner of Madison Avenue and East 58th Street.

Seinfeld And Obama, Driving A Stingray And Getting Coffee

Then, as part of this autobiographical retracing of his past, Seinfeld returns to New York's Comic Strip, the comedy club where he became a regular in the summer of 1976. The club is retrofitted to look like it did back then, so Seinfeld performs in front of a red brick wall, happy to tell some old jokes — including one of the jokes from his original Comic Strip audition.

But in addition to recycling old material, Seinfeld puts his whole comic life into perspective. At one point, director Michael Bonfiglio photographs Seinfeld sitting among reams of hand-written note paper — the collected-and-never-discarded records of a career's worth of joke-writing. And at another point, back at the Comic Strip, Seinfeld recalls the first time at that club that the audience for his act included his parents.

Jerry Before Seinfeld works so well for the exact same reason Comedians in Cars Getting Coffee does. It knows exactly what it wants to do, never wavers, delivers precisely what it promises, makes you laugh — a lot — then runs the closing credits long before you think of getting bored.

The personal touches added — like the home movies and the visit to the outside of Jerry's childhood home — are nice and smart grace notes. But Jerry Before Seinfeld doesn't need them, really. It's the best kind of minimalist comedy television. Just a comic, a mic, a stage and an audience.

Jerry Seinfeld has been doing it for more than 40 years. Now in his new Netflix special, he reveals how he started — and demonstrates, once again, just how good he's gotten.