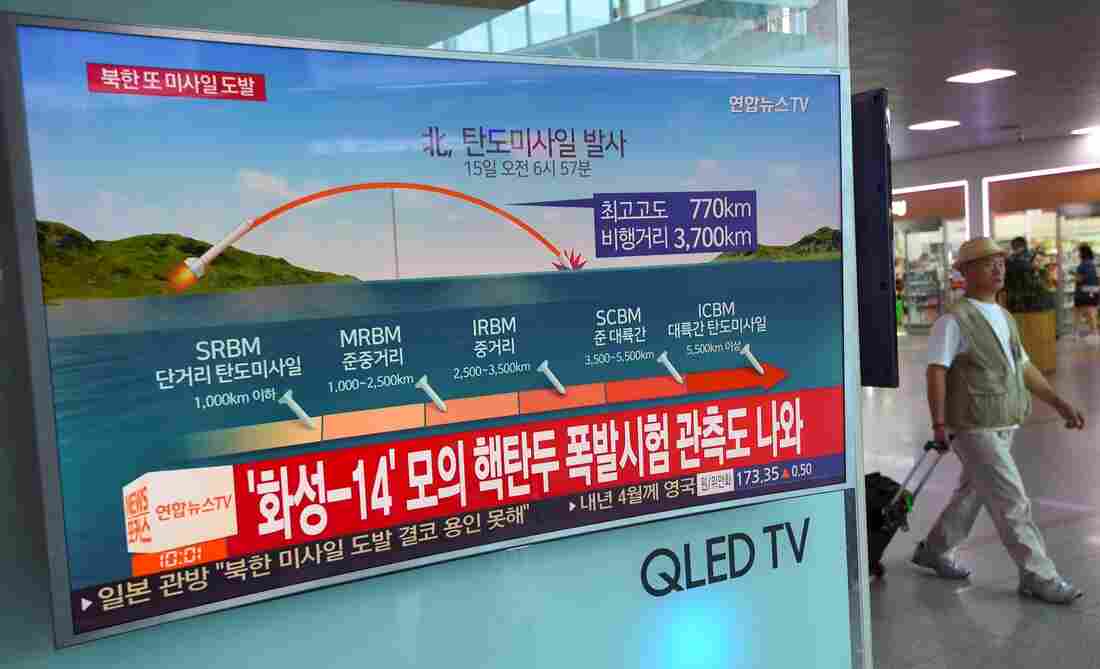 A screen at a railway station in Seoul on Friday shows a news graphic of a North Korean missile launch. President Trump said on Thursday there would be additional sanctions on North Korea. Jung Yeon-Je/AFP/Getty Images hide caption 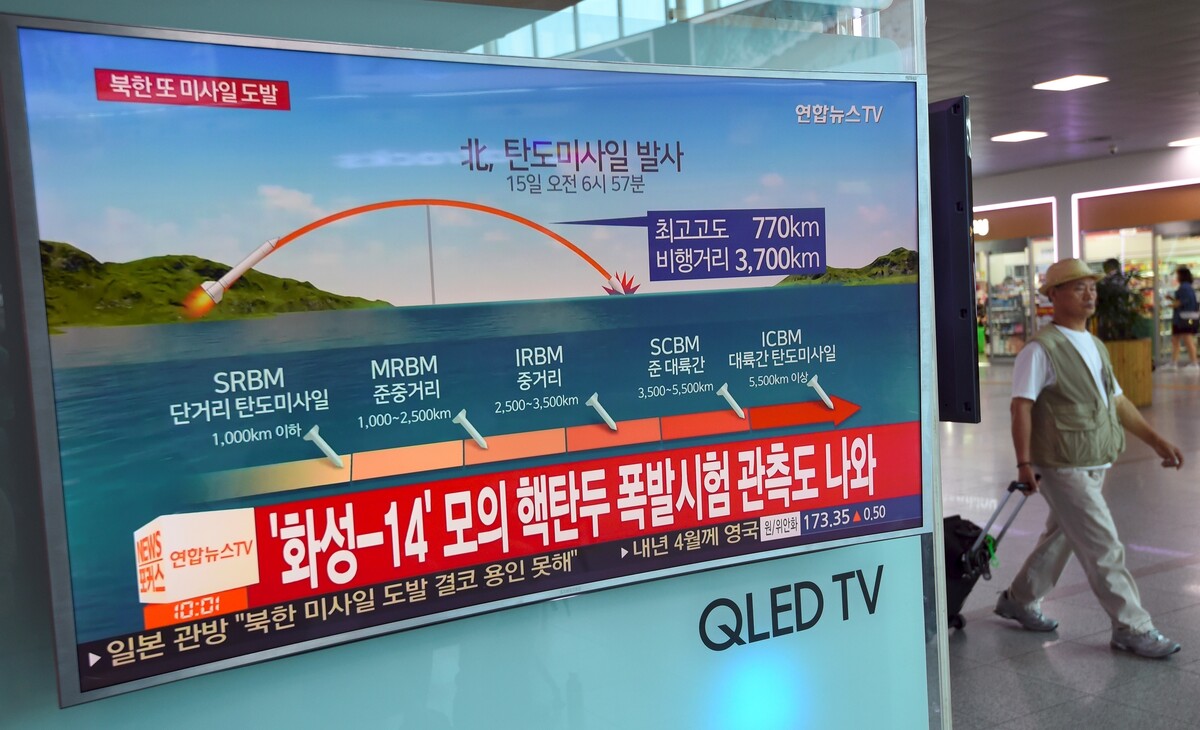 A screen at a railway station in Seoul on Friday shows a news graphic of a North Korean missile launch. President Trump said on Thursday there would be additional sanctions on North Korea.

The move is designed to tighten the economic screws on North Korean leader Kim Jong Un, in hopes of halting his development of nuclear warheads and the missiles to deliver them.

On China And North Korea: The Strength Of Weakness And The Limits Of Power

"For much too long, North Korea has been allowed to abuse the international financial system to facilitate funding for its nuclear weapons and missile programs," Trump said. "Tolerance for this disgraceful practice must end now."

Trump made the announcement during a lunchtime meeting in New York with leaders of South Korea and Japan — two U.S. allies that have been shaken by North Korea's nuclear saber rattling.

Trump signed an executive order expanding the authority of the U.S. Treasury Department to target individuals, banks and other companies that finance or facilitate trade with North Korea.

"Foreign financial institutions are now on notice," said Treasury Secretary Steven Mnuchin. "They can choose to do business with the United States or with North Korea, but not both."

The order also allows the Treasury Department to freeze the assets of companies that support North Korea's textile, fishing, IT and manufacturing industries. And it bars aircraft and ships that have visited North Korea from stopping in the U.S. for 180 days.

"We call on all countries around the world to join us by cutting off all trade and financial ties with North Korea in order to achieve a de-nuclearized Korean peninsula," Mnuchin said.

The treasury secretary said he discussed the order early Thursday with the head of China's central bank. That bank later directed financial institutions throughout China to curtail their business with North Korea.

"We hope that there is voluntary cooperation," Mnuchin said. "But to the extent that we have to cut off banks from the banking system in the United States — which obviously would be very significant — we now have the tools to do that."

China is North Korea's number one trading partner, but the U.S. has often been hesitant to crack down on Chinese banks. The order from China's central bank could delay any additional penalties.

While the executive order could affect businesses throughout the world, Trump emphasized that it's squarely aimed at Pyongyang.

"I want to be clear. The order targets only one country, and that country is North Korea," Trump said.

"North Korea has continued to make provocations, and this is extremely deplorable," South Korean President Moon Jae-in said earlier Thursday through an interpreter. "But the U.S. has responded firmly and in a very good way."

Trump kidded Moon about his use (or his interpreter's use) of the word "deplorable."

"That's been a very lucky word for me and many millions of people," Trump said.

During his speech to the U.N. General Assembly on Tuesday, Trump warned that the United States would "totally destroy" North Korea if forced to defend itself or its allies against a nuclear attack. But he held out hope that could be avoided through economic and diplomatic pressure.

Trump praised the U.N. Security Council for passing two recent resolutions against North Korea that the president called "hard hitting." But he added additional measures would be necessary to rein in the North Korean leader.

"We must do much more," Trump said. "It is time for all nations to work together to isolate the Kim regime until it ceases its hostile behavior."