Accessibility links
Bernie Sanders Lays Out His Foreign Policy Vision The Vermont senator who ran for the 2016 Democratic presidential nomination offered progressive views on a wide range of global affairs, a policy area he didn't emphasize during his White House bid. 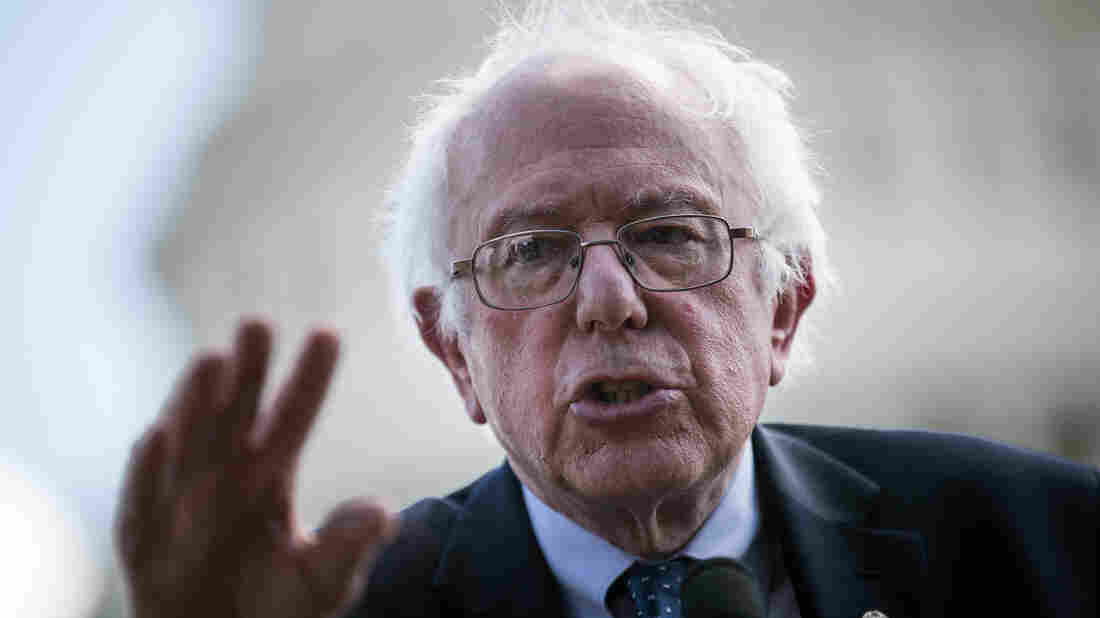 Sen. Bernie Sanders' speech is the type of move that a potential presidential candidate would make in the off years leading up to an election. Drew Angerer/Getty Images hide caption 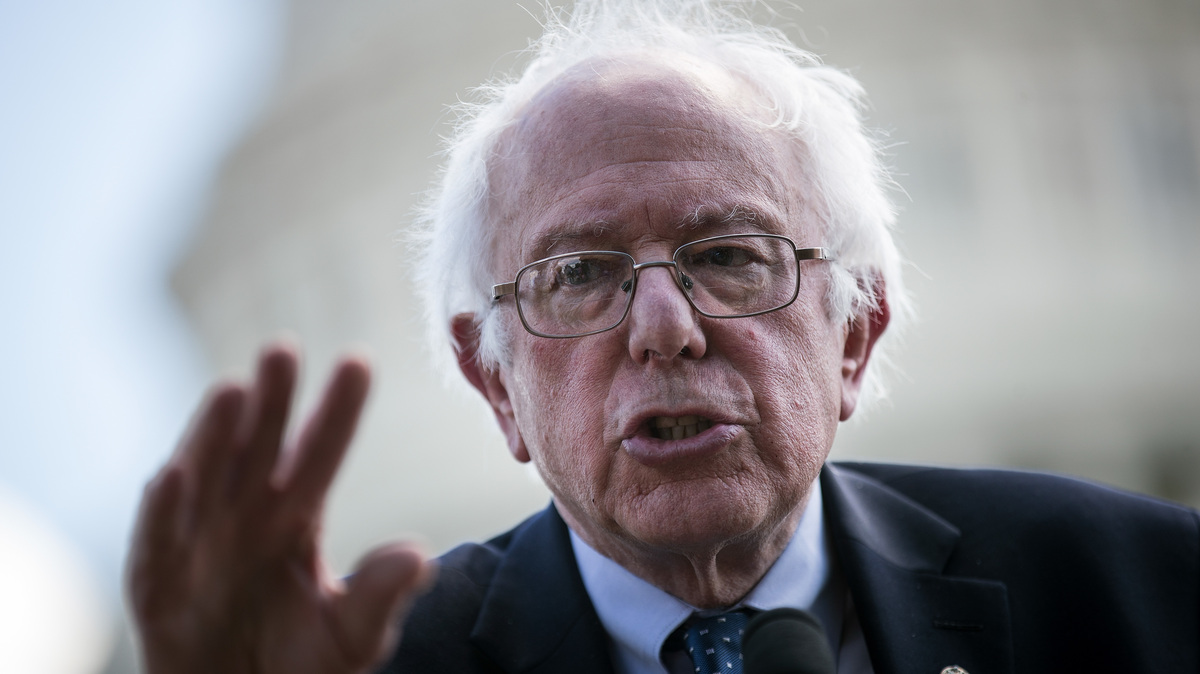 Sen. Bernie Sanders' speech is the type of move that a potential presidential candidate would make in the off years leading up to an election.

Foreign policy has never been a core issue for Sen. Bernie Sanders. The Vermont independent tapped into several core progressive issues during his 2016 campaign for the Democratic presidential nomination — health care, income inequality and Wall Street reform, to name a few – but never spent much time dwelling on global affairs, other than fielding questions during debates.

Hillary Clinton, running on her credentials as a former secretary of state, used it against him, saying in the lead-up to the Iowa caucuses that when Sanders spoke about foreign policy, "it can sound like he hasn't really thought it through."

So it was notable that Sanders didn't just deliver an hourlong address on foreign policy Thursday afternoon but chose to do so at a symbolic location: Westminster College in Fulton, Missouri, where former British Prime Minister Winston Churchill gave his famous 1946 speech warning of a Soviet "Iron Curtain" descending on Eastern Europe.

It's the type of move that a potential presidential candidate would make in the off years leading up to an election — an opportunity to sketch out big picture policy goals, get comfortable talking about the issues and burnish a reputation as a serious foreign policy thinker. Of course, it's also the type of thing that you would do if you're trying, as Sanders is, to reposition the Democratic Party around more aggressively progressive stances. The question of whether Sanders is trying to do both remains unanswered.

Sanders' speech was formal and delivered in an academic gown with a slipping hood that he had to pause and adjust several times.

Sanders used the speech to lay out what his advisers framed as a new "progressive foreign policy" — an approach skeptical of the raw use of American military strength, and reliant instead on U.S.-led international agreements like the Paris climate accord and the Iran nuclear deal. Many of the ideas were similar to those held by former President Barack Obama and other Democrats, with perhaps heavier criticism of American use of force and more emphasis on the global ramifications of inequality and climate change.

"The goal is not for the United States to dominate the world," Sanders said. "Nor, on the other hand, is our goal to withdraw from the international community and shirk our responsibilities under the banner of 'America First.' Our goal should be global engagement based on partnership, rather than dominance. This is better for our security, better for global stability and better for facilitating the international cooperation necessary to meet shared challenges."

Of course, Sanders delivered the address at a time when President Trump is threatening to pull out of the Iran deal, just as he has said he would walk away from the Paris accord. Sanders called such moves a "serious mistake."

"Not only would this potentially free Iran from the limits placed on its nuclear program, it would irreparably harm America's ability to negotiate future nonproliferation agreements," Sanders said. "Why would any country in the world sign such an agreement with the United States if they knew that a reckless president and an irresponsible Congress might simply discard that agreement a few years later?"

The approach Sanders laid out — a global community where the United States works with allies and adversaries at the negotiating table, rather than the battlefield — is something most progressive politicians would agree with. Indeed, his list of American foreign policy blunders sounded a bit like a greatest hits of liberal sins, from a liberal policy perspective — like the U.S. helping prop up oppressive regimes in Iran, Chile and El Salvador. Sanders said the 2003 Iraq War "was intended as a demonstration of the extent of American power," but "it ended up demonstrating only its limits."

Sanders called the war on terrorism a "disaster for the American people and American leadership." While noting the real threat that terror attacks present, he argued the "war on terror" framework and its global scope allowed terrorists to "dictate" U.S. foreign policy and "caused us to undermine our own moral standards regarding torture, indefinite detention, and the use of force around the world." While not laying out an alternative vision for fighting terrorist groups, Sanders said, "We must rethink the old Washington mindset that judges 'seriousness' according to the willingness to use force."

Sanders tied his approach to foreign policy to his core concerns about income inequality. Warning that "many in our country are losing faith in our common future and in our democratic values," Sanders said many Western governments have failed to keep their core promises to constituents.

"In the United States and other countries, a majority of people are working longer hours for lower wages than they used to. They see big money buying elections, and they see a political and economic elite growing wealthier, even as their own children's future grows dimmer."

"We cannot speak with the moral authority the world needs," Sanders said, "if we do not struggle to achieve the ideal we are holding out for others."

While Sanders has not yet established himself as a major voice on foreign policy, his prominence within the Democratic Party is clear. Sanders traveled the country this year defending the Affordable Care Act. When he introduced a new bill last week creating a Medicare-for-all, single-payer health care system, 16 Democrats signed on as co-sponsors — including several potential 2020 presidential candidates.

Thursday's speech again raises the question: Does Bernie Sanders want to influence the next Democratic nominee, or does he want that prize for himself?