Accessibility links
Ahead Of Travel Ban Deadline, President Trump Considering New Restrictions The travel ban has been one of the signature initiatives of the Trump administration, but it has been plagued by legal challenges, including a case the Supreme Court will hear next month. 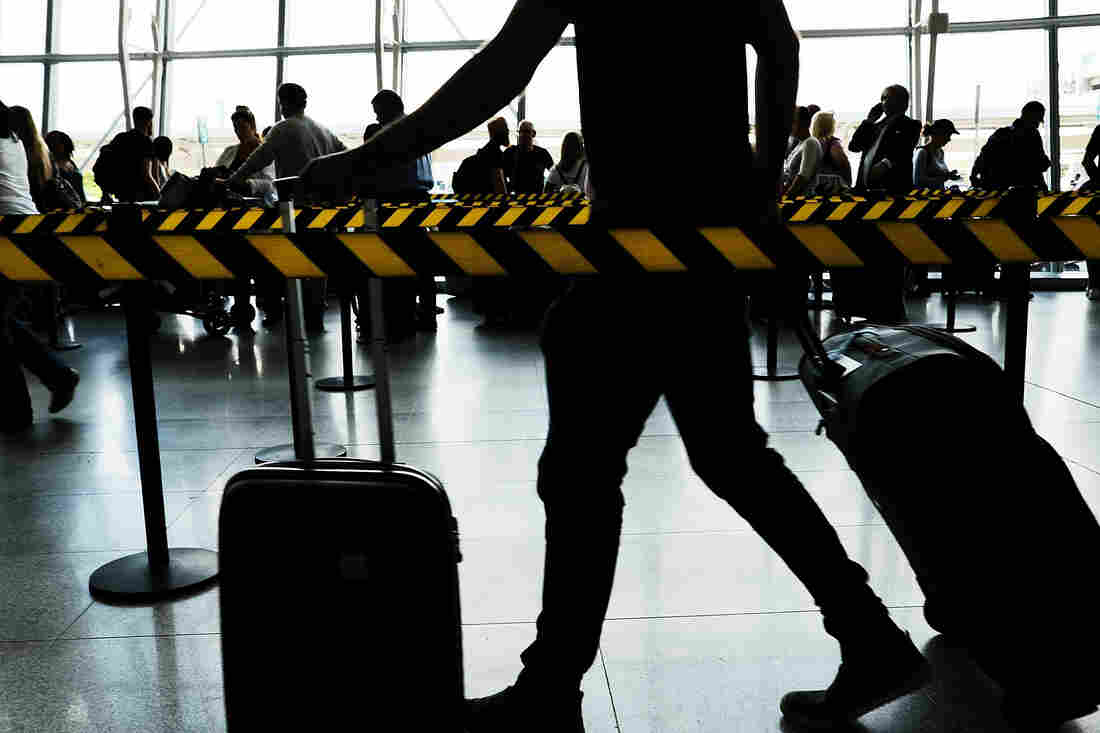 The travel ban, which has in the past led to chaos at airports and court cases, is one of the signature initiatives of the Trump administration. Spencer Platt/Getty Images hide caption 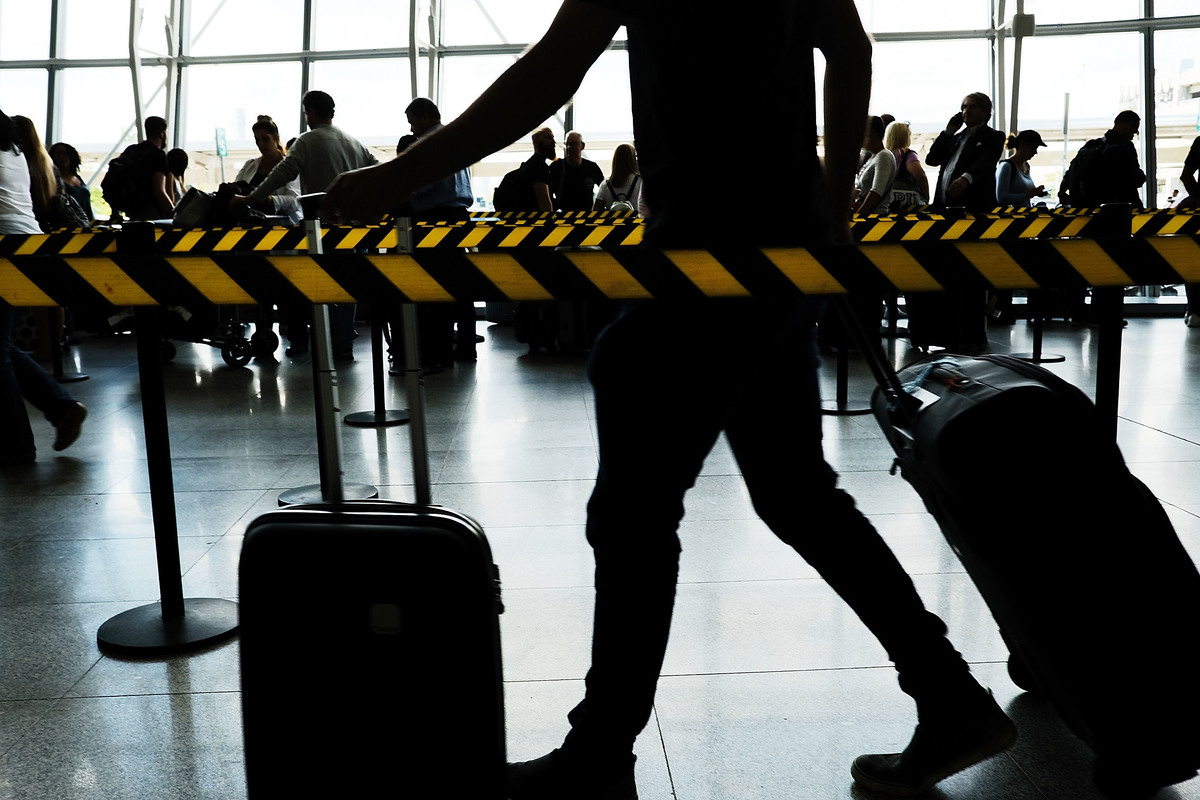 The travel ban, which has in the past led to chaos at airports and court cases, is one of the signature initiatives of the Trump administration.

President Trump is facing a decision on whether to extend the ban on travelers from six majority-Muslim nations from entering the U.S. This week, acting Homeland Security Secretary Elaine Duke sent the White House her recommendations for "tough and tailored" security vetting, to replace the current ban, which expires Sunday.

Those recommendations included travel restrictions and enhanced screening, DHS counselor Miles Taylor told reporters Friday afternoon. However officials would not say which countries' travelers would face the restrictions nor would they say what the specific restrictions would be — indicating the final decision would be the president's.

"We've got to do everything possible to keep nefarious actors out" of the U.S., Taylor said. Nations were given a list of minimum requirements for entry into the U.S., similar to what the Department of Homeland Security now requires of people entering the country from visa waiver nations, including biometric passport data and background checks.

Taylor said some nations refused to comply with the requirements, but he would not name those countries.

Earlier Friday, The Wall Street Journal reported DHS "originally flagged 17 nations as failing to comply with standards." Faced with the prospect of their citizens being included in the travel ban, the Journal said about half of those nations made changes "that brought them into compliance." The Journal report was quickly followed Friday by similar reports from The New York Times, CNN and NBC News.

Taylor said the restrictions Duke recommended are temporary and not time-based, meaning they could be lifted if the nations come into full compliance with the new standards.

The travel ban has been one of the signature initiatives of the Trump administration. The president signed the first executive order a week after taking office, temporarily banning people from seven nations — Iraq, Iran, Libya, Somalia, Sudan, Syria and Yemen — from entering the country.

Its implementation was marked by chaos at several airports and by immediate legal challenges. A federal judge in Washington state issued a stay that was upheld by an appeals court.

A second order followed, this time removing Iraq from the list of banned travelers and making other changes, including allowing in legal permanent residents and people who already had valid visas. The legality of that revised travel ban was also challenged, and the Supreme Court is scheduled to hear arguments on Oct. 10. While that litigation was pending, parts of the revised travel ban were allowed to take effect by the high court, including a provision giving the Department of Homeland Security 90 days to review current vetting procedures and report its findings to the White House. That three-month period expires Sunday, hence the recommendation DHS has made to the president about a new approach to travel restrictions and specific requirements for countries to follow.

The second version of the travel ban also forbid all refugees from entering the country, except for those with family connections already in the U.S. The refugee portion of that revised ban expires Oct. 24, before the Supreme Court is likely to rule on its legality.

Trump signaled on Sept. 15 that he favored a wider travel ban, tweeting after a bomb went off in the London Underground that "the travel ban into the United States should be far larger, tougher and more specific-but stupidly, that would not be politically correct!"