Accessibility links
'I'm Not Afraid Of Who I Used To Be': Miley Cyrus On 'Younger Now' The pop star will release her sixth studio album later this month. She speaks to Lulu Garcia-Navarro about staying honest, confronting controversy and learning from her godmother, Dolly Parton. 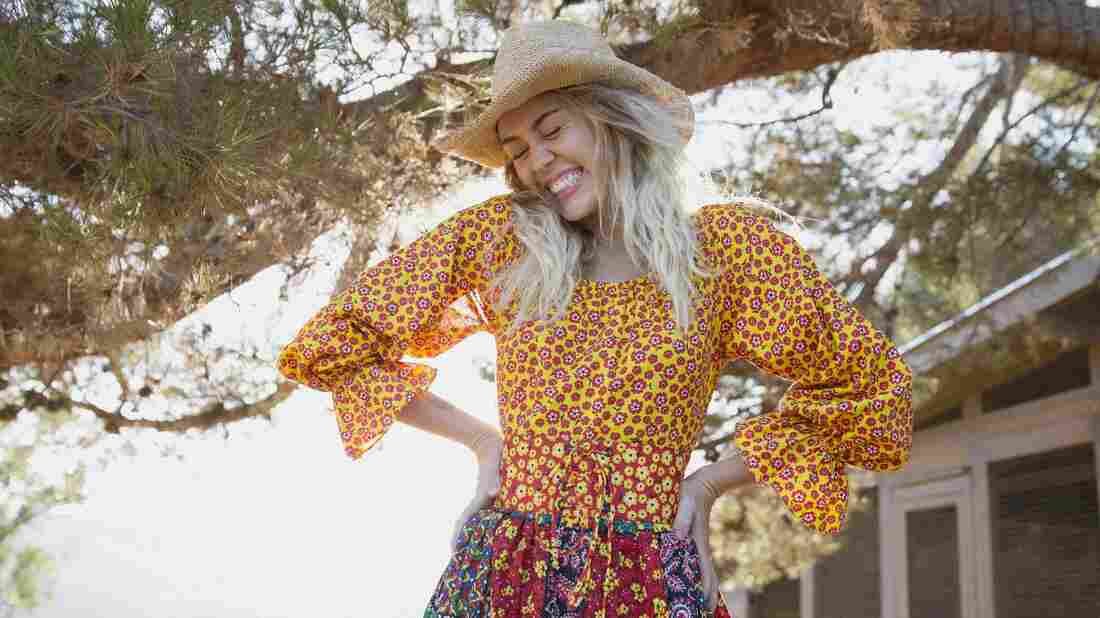 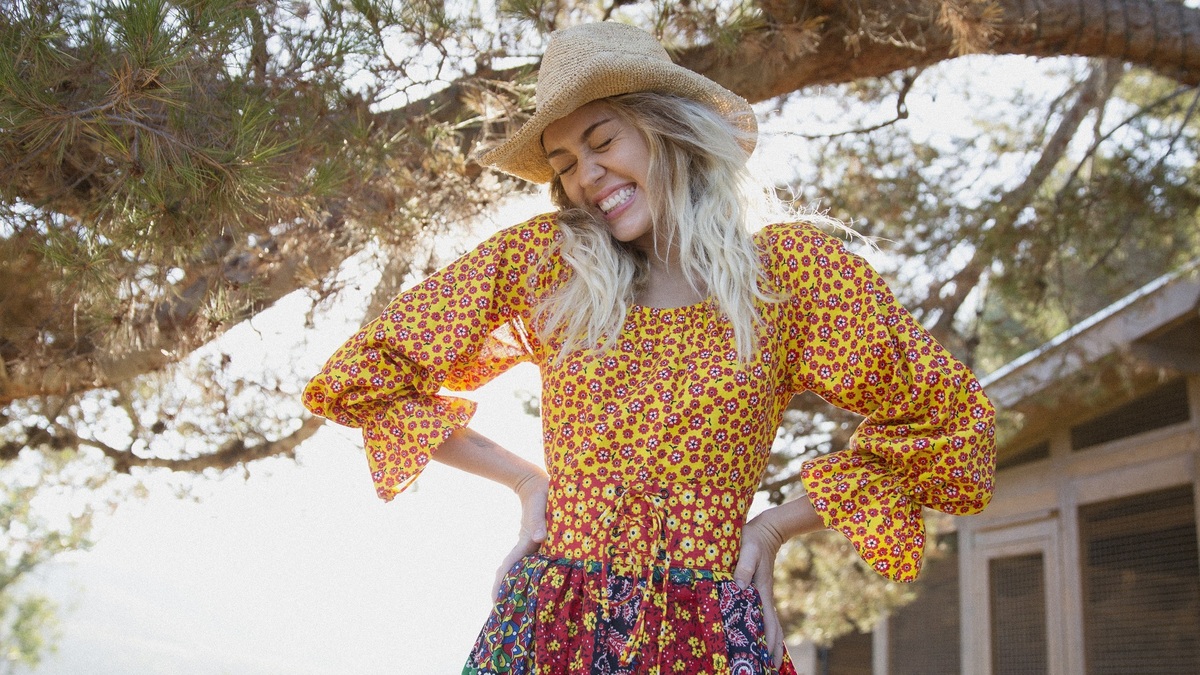 Pixel Dust Digital/Courtesy of the artist

Chances are, you have an opinion about Miley Cyrus. The 24-year-old pop singer got her start as a kid on the Disney Channel series Hannah Montana in 2006. She released her triple-platinum debut album, Meet Miley Cyrus, in 2007 — and has rarely been out of the headlines since, for everything from drug use to sexualizing her image to charges of racial appropriation.

Over the years, she's adopted and incorporated many musical styles into her hits. And with her sixth album — called Younger Now, out Sept. 29 — Cyrus has changed her look and sound yet again, trading in the hip-hop influences of 2013's Bangerz and strange psychedelia of 2015's Miley Cyrus & Her Dead Petz for a more stripped-down, country sound.

Cyrus spoke to NPR's Lulu Garcia-Navarro about embracing all versions of herself, confronting controversy and drawing inspiration from her family — including her godmother, Dolly Parton. Hear the radio version at the audio link, and read more of their conversation below.

Lulu Garcia-Navarro: Your new album is called Younger Now — and that's apparently a reference to a conversation you had with your mom? Tell me the story.

Miley Cyrus: Well, it was during Christmas time. I was dressed as a reindeer, and I had blinking earrings, and I had the antlers on, and my sweater was blinking and all that — and my mom was like, "When did you become an eight-year-old?" And I said, "I feel younger now." ... I feel less like I have anything to prove.

I think when you are a teenager, young adult, you're trying so hard to be cool or to prove something or to be something away from who you've been as a kid. And I guess as I've gotten older — what Younger Now says is, even though it's not who I am, I'm not afraid of who I used to be.

You've been in the public eye since you were a child, and you've always had this poise and awareness of yourself as a public figure. Are you now reclaiming your childhood? I'm seeing all these references to Hannah Montana, and all the promotional materials [for Younger Now] has these adorable kid pictures of you in it. Who is that Miley?

Everyone that I've been — whether you are thinking about Hannah Montana or the music I made in the past — all of it has always been the truth. So I think people are saying "the new Miley" or "the more honest Miley" — I've always been that. But I've been honest for who that person was then.

At one point, it was fun for me as a little girl to get dressed up as a pop star, because I wasn't one. It was fun for me to write about relationships in this innocent way, because I was young and innocent and discovering love and what that meant. And so now, I write about it in a more evolved way, or a way that feels happy or more confident. But that's because as [I] grow up, I understand who I am in a different way. I'm happy to be who I am rather than running from it — but running from who you are is a total normal part of growing up, too, because you're just trying to figure out what parts of yourself you like and what parts of yourself you want to work on. 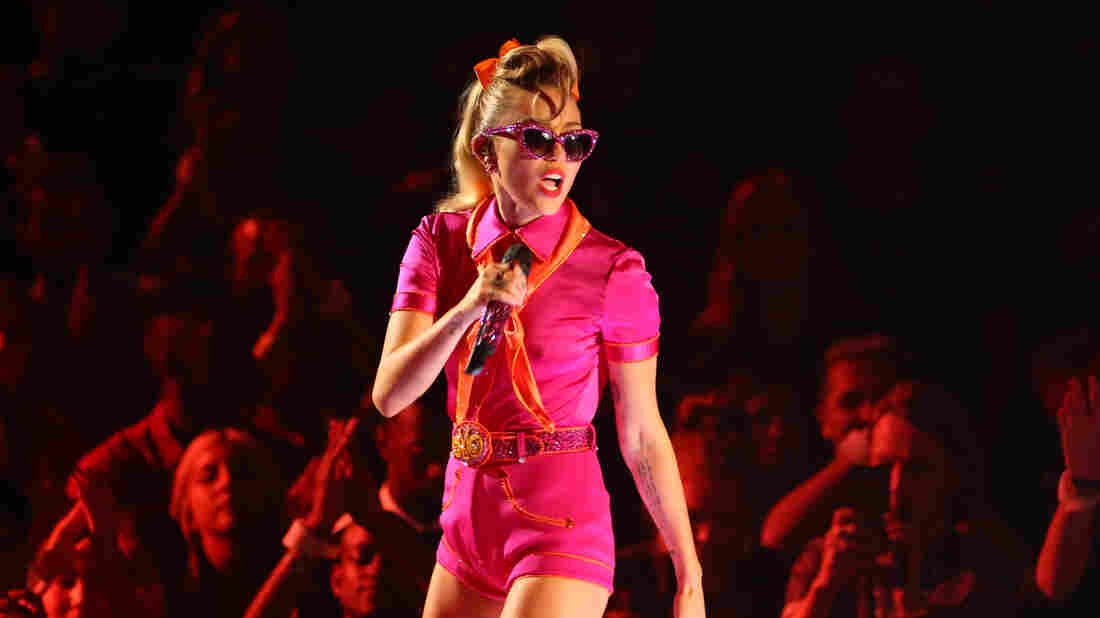 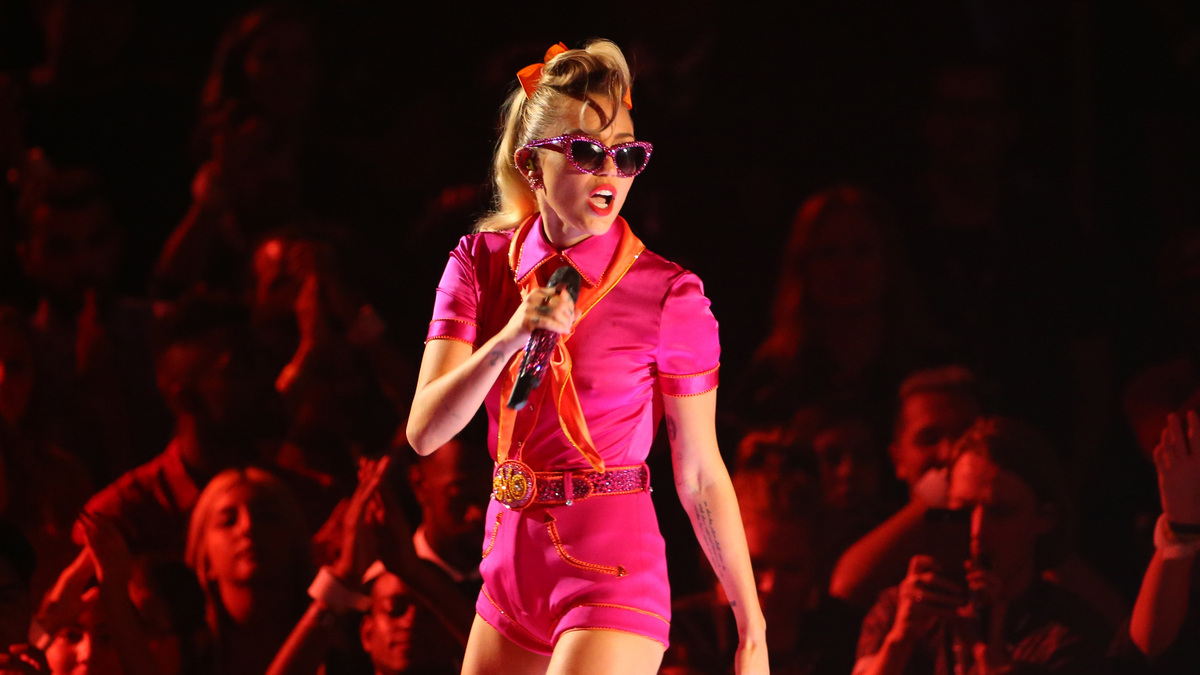 What kind artist do you want to be? You are only 24 — Madonna constantly reinvented herself; other artists drill down to their essence. Where do you see yourself on that spectrum?

I think I'm a person that evolves really quickly, and I change. And I think for me, I don't change with the times or with fashion; I change by being active politically or philanthropically. I think that really changes the way that I reflect myself as well, and project who I am. Also, I think I'm very inspired by the surroundings of the real world more than the fashion on the street, or what the music is sounding like on the radio, or what I see on TV. I think that's why people relate to my music; because in today, I'm experiencing humanity with all the other listeners.

Let's talk about a track on Younger Now: "Inspired."

I wrote that song for Hillary Clinton; I'd gone campaigning for her. And I was sitting in this line of really crazy traffic, and then I realized that I was in the middle of a funeral line. And I was behind a hearse, and all these people — I was looking into their cars, they just looked so devastated and so sad. And because I was sitting, I could really see them in their faces, and it just started making me think about life, made me think about my dad, and made me think about my mom, and all the things that really matter. And thinking about how much I have always loved nature; [the song] talks about the bees, and how there might be a day where we won't have bees or blue skies or clear water or fish in the sea because of the way we abuse the planet.

We've got some questions from our listeners. Cassidy Hooper wants to know: What was the hardest song to record off your album?

I think "Miss You So Much." Because I actually wrote that for one of my really close friends whose boyfriend surprisingly OD'ed. I wrote that song about how ... once someone's gone, they're not really gone; if you love them, they're here.

You know, my grandma's in her 80s, and I had been hanging out with her the day I was going to record that song. And it made me kind of think about her, the more I started singing it. I started thinking about, "How can I miss you already?" Hopefully no time in my near future, but there's going to be probably a time in my life where I'm not gonna have her. And [she's] been someone that I really, really lean on. She's my biggest — she literally runs my fan club. I mean that literally; she writes back to all my fans — she does all my fan mail. So it made me think about how you can miss someone when they're still here, but you start thinking about a time when they might not be.

Jessy Briton Hamilton wants to know this: Your dad, Billy Ray Cyrus, came from humble roots in Appalachia. How do you see your heritage as part of your life?

I think my dad went kind of to this overnight — he would kill me for saying "overnight success," because I know he had to work so hard. He literally lived in his car. But I mean, overnight success in [that] one day he was sleeping in his car and the next day he had one of the biggest songs in history. So I just think that's really affected me, too. Know that everything can change, that you've got the control and the power to keep moving and to never give up. That's his mantra: never give up.

You've gotten a lot of criticism for how you incorporated black music into your work, on the Bangerz album in particular. There is a lot of anger in the African-American community; The Root just wrote that your music has exploited black people for profit. Do you understand that anger? Do you accept it?

I respect that, and I can't tell you that that's my intentions. So I always feel, you know, apologetic and sympathetic to those who feel a way. But that's not my intentions so I can't say that I agree.

Are you still interested in that kind of music? You've sort of moved away from that in this album.

Did Miley Cyrus 'Flirt With Bad Taste' Or Dive Right In?

You are very vocal as a self-declared feminist. But you have also gotten a lot of flack for your performance with Robin Thicke at the Video Music Awards in 2013 of a song that some view as promoting rape culture. You know, it's been a couple of years —

That's so ridiculous, I'm sorry. Again, I empathize with people's feelings, because opinions are a natural response in human beings. ... But besides that, that's so hurtful actually to take something that is good-intentioned — and what's the difference of anyone else doing what they do in pop music? What's the difference with Britney Spears coming oiled up with a snake, I mean, it's like the same thing? It's any pop singer. Look at Kathleen Hanna — that's punk!

That's what punk is all about. If you don't piss somebody off, then that's not punk rock, I guess. But I wish people wouldn't be pissed off. There are so many real, true, problems in the world. If people would take their angst and their opinions and actually do something besides worry about what I'm doing. I'm a pop star. I'm good: I have a house, I have a roof over my head, I have food to eat. There are people without those things. Go and use your time and your opinion wisely, and get mad and call your senators about the things that matter.

I'm doing what I need to do. I'm working in my community. I'm changing the way people view sexuality. I'm working with suicide prevention programs. I'm feeding people that don't have food to eat. I'm doing my part as a human. You better go do your part if you're gonna even have one little opinion about what I do. You better be doing some great things for your community.

I'd like to ask about your godmother, the great Dolly Parton. What advice has she given you about navigating interviews like this one, or how to keep your career going for so long?

The best thing that she does is she's not afraid to laugh at herself. And she pushed the boundaries for country music, by looking the way that she does, and saying the things that she says, and being sexual in that way. I mean, there's no one that's been able to make country music sexual more than Dolly! But she would say, "Well, that's not why I'm doing this!" — I mean, she does it because she likes it. If you want to be pushing the boundaries, you have to like it. And to remember that you want to make music for the people that love your music for your honesty, and for your fans. Otherwise, just have fun and make the music that you love.