Accessibility links
Susan Collins Opposes Graham-Cassidy, Blocking GOP Bill To Repeal Obamacare Maine Sen. Susan Collins says she'll vote no on the latest push to repeal and replace the Affordable Care Act. That once again leaves the GOP short of the votes it needs to pass a health care bill. 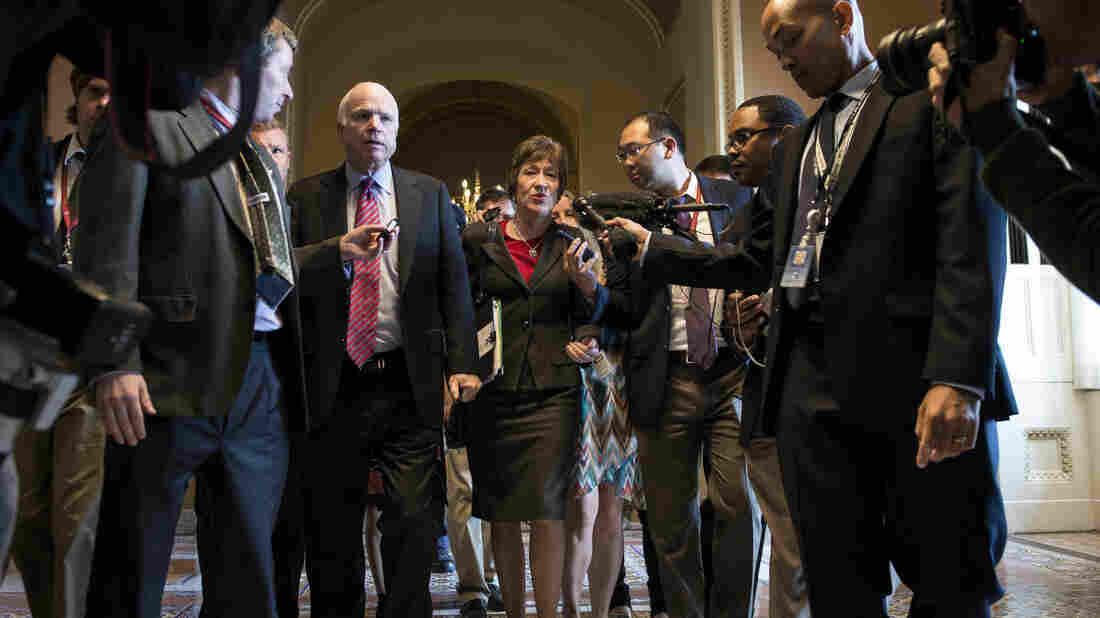 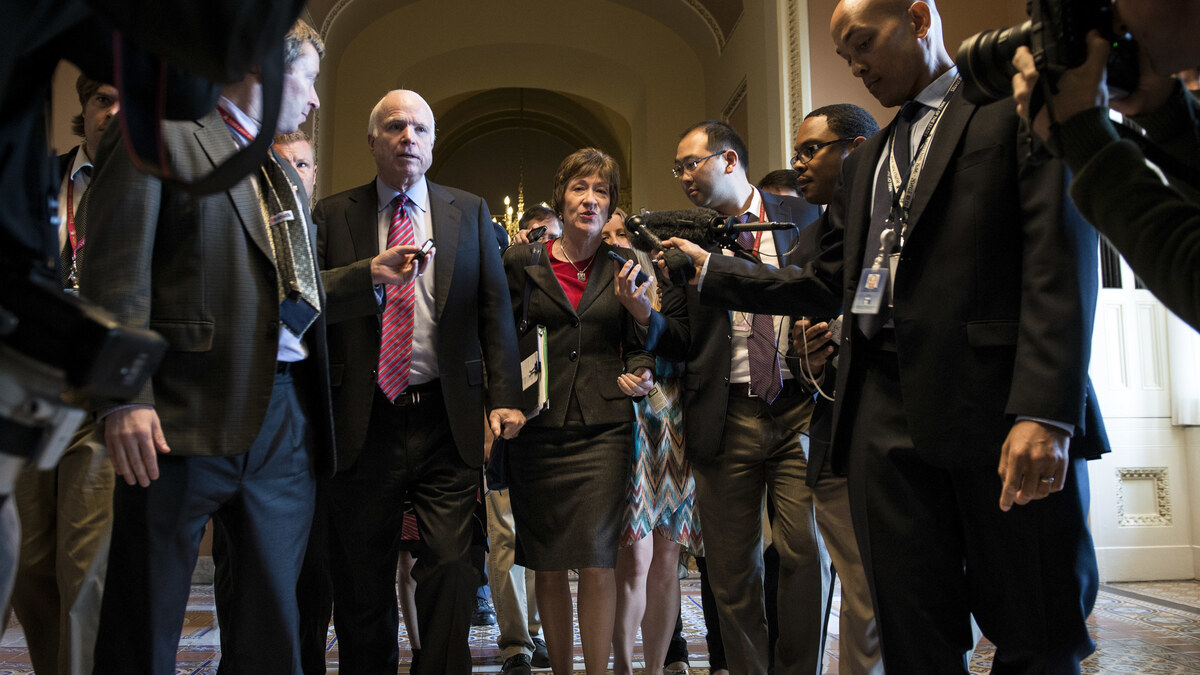 The latest Republican push to repeal key parts of the Affordable Care Act appears to have met the fate of all previous Senate repeal efforts this year — it doesn't have the votes needed to pass the chamber.

Maine Sen. Susan Collins announced Monday that she will oppose the bill, authored by South Carolina Sen. Lindsey Graham and Louisiana Sen. Bill Cassidy. Collins' decision means three Republicans have now publicly said they are against the bill — and that is one more than the GOP could afford to lose.

In a statement, Collins said, "Sweeping reforms to our health care system and to Medicaid can't be done well in a compressed time frame, especially when the actual bill is a moving target."

Cassidy was asked earlier Monday on CNN whether Collins' opposition would mean it's over for the bill and said, "Yes, it is." It's not clear yet whether Senate Majority Leader Mitch McConnell will still bring the bill to the floor for a vote now that its fate is clear.

Collins has been a steady skeptic of the Republican repeal push all year, regularly raising concerns about how the various repeal incarnations would affect the millions of people who rely on Medicaid — especially in states that chose to expand their Medicaid programs under the Affordable Care Act. She had previously indicated she was likely to vote no but said she would withhold a final judgment until after the Congressional Budget Office released its analysis.

That analysis came out Monday evening and found that the bill would reduce the federal deficit by $133 billion by 2026. But it was only a partial analysis because of the limited time CBO had to examine it. The analysis does not have specific projections for how the bill would affect coverage but says "millions" fewer people would be covered as funding decreased for Medicaid and subsidies for exchanges, as well as because of the elimination of the individual mandate to have coverage.

"It found, as I expected would be the case, that it would have a negative impact on millions of Americans who are now insured, so it was that final piece of the puzzle that I had been waiting to confirm," Collins told reporters on Capitol Hill.

The Graham-Cassidy bill would transform Medicaid, giving states, not the federal government, control over how the bulk of billions of dollars in funding is spent. It would also allow states to waive key Obamacare regulations and protections, including the bill's trademark ban on insurance companies charging higher rates to people with pre-existing conditions.

Collins joins Arizona Sen. John McCain and Kentucky Sen. Rand Paul as firm "no" votes on Graham-Cassidy. While Republicans have until Saturday to pass the bill with a simple majority, and Cassidy has already announced changes to the measure's text, it's hard to see how any of the three lawmakers would change their mind.

President Trump called in to the Rick & Bubba Show, a syndicated talk radio program in Alabama, to discuss the GOP senate primary happening there on Tuesday and took the opportunity to criticize Republicans as the bill looked imperiled.

"What McCain has done is a tremendous slap in the face of the Republican Party," Trump said after again criticizing the GOP for campaigning on a promise to repeal Obamacare for seven years. The president also seemed resigned to the bill's defeat on Monday morning when he said, "So we're gonna lose two or three votes and that's the end of that."

Collins, McCain and Paul have each voiced separate, fundamental problems with either the bill's content or the repeal process as a whole. None of their concerns could be easily fixed by changing funding formulas. What's more, a move to assuage Paul's concerns would likely make Collins more opposed, since Paul's chief complaint is the measure keeps too much of Obamacare in place, and Collins is worried it would erode key protections promised by the law.

Indeed, Paul's office has already said that having seen the new amendments, Paul remains opposed to the bill. "My main concern is that the main thing this bill does is reshuffle the money from Democrat states to Republican states but doesn't fix the problem," Paul told reporters, calling for more "freedom in the marketplace," including the ability to buy insurance over state lines and allow people to buy cheaper plans that provide less coverage for care.

Other Republicans are wavering, too. Texas Sen. Ted Cruz said over the weekend that he is not yet ready to publicly support the bill. Alaska Sen. Lisa Murkowski — who along with Collins has been a prominent skeptic of the entire repeal process — hasn't announced where she stands, either.

Still, given the immense pressure Republicans are facing from their base constituents and conservative donors to repeal Obamacare — not to mention constant criticism from Trump — the Senate could still proceed to a vote later this week.

Iowa Sen. Chuck Grassley summed up the GOP political calculation in a call with reporters last week. "I could have — maybe give you 10 reasons why this bill shouldn't be considered," Grassley said. "But Republicans campaigned on this so often that we have — you have a responsibility to carry out what you said in a campaign."