Accessibility links
'Star Trek: Discovery' Is A Refreshing Triumph The new CBS series has eye-popping special effects and a classic Trek adventure story that has been updated for today's sci-fi audience. 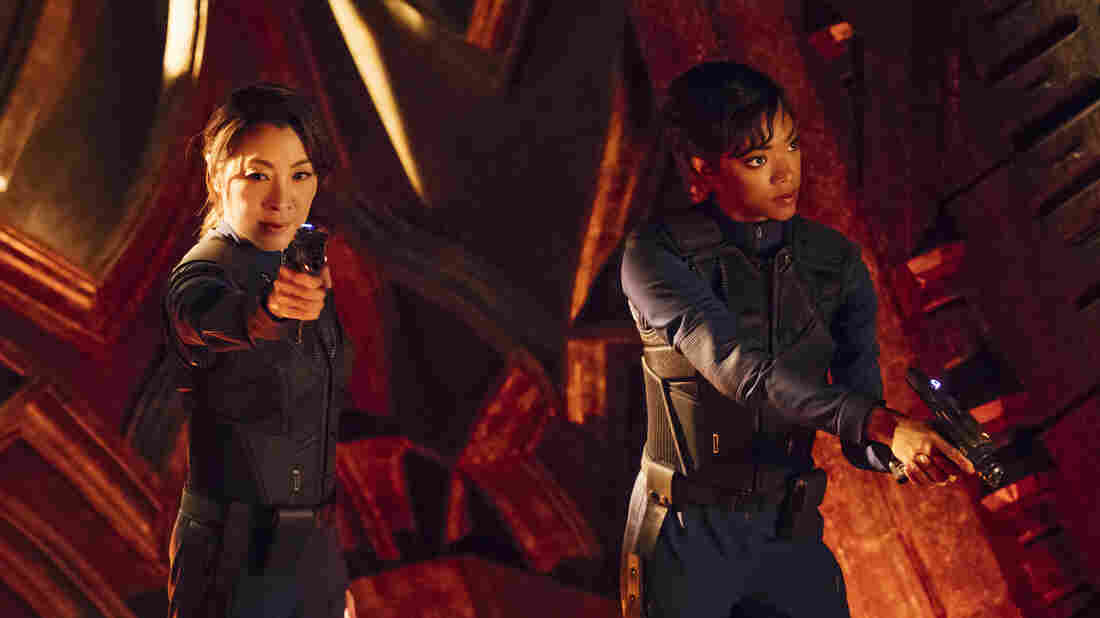 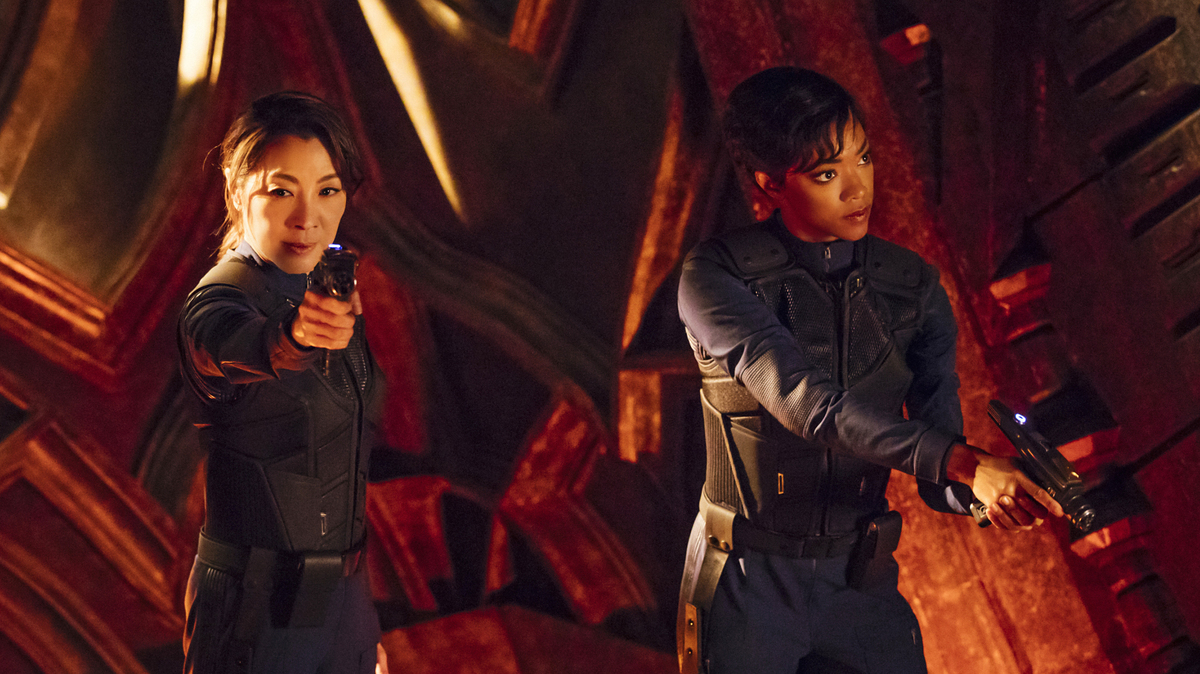 Space isn't quite the final frontier for Star Trek: Discovery. Instead, the first new Star Trek series to come to television in a dozen years faced a more challenging frontier: the skepticism of all us sci-fi nerds who wanted new Trek, but were wary producers might mess the whole thing up.

Now, after watching the show's first two episodes on CBS' streaming service, CBS All Access, I'm convinced: Star Trek: Discovery is a triumph that connects well to the traditions of Trek, while blazing a brand new story that refreshes a 50-year-old TV franchise.

The early scenes between the two, on a desert planet and on the ship's bridge, are a little stilted. Turns out, Yeoh's a lot better at throwing punches than trading quips in moments intended to show how much Burnham and Georgiou admire each other. Still, they're making history. Viewers are seeing an Asian captain and black first officer, both female, leading a Trek TV show for the first time. Even for a series known as a pioneer in diversity, that's a big deal.

Though the first episode starts too slowly, momentum builds steadily and inexorably. The Shenzhou is confronted by a mysterious ship operated by longtime Trek villains the Klingons. At this time, the Federation hadn't had contact with that warrior race for 100 years. Still, Burnham insists to an admiral (via a cool, hologram kind of video link) that the Klingons will attack because it's in their nature.

"Considering your background, I would think you'd be the last person to make assumptions based on race," the admiral says, playing the clueless authority figure so completely you know he's not going to last long.

This is a Trek that's aware of the history it's making, diversity-wise. Still, it was odd, as a black man and longtime Trek fan, to see that the bad guy, T'Kuvma, and many of his followers were the darkest colored Klingons we've seen yet. Producers redesigned the Klingons yet again for Discovery, and their skin seems to get duskier with each iteration — as if darkening their complexion makes them more menacing (and, yes, I noticed that T'Kuvma's chief acolyte turns out to be an albino).

Highly Illogical: Why Every Incarnation Of 'Star Trek' Needs A Spock

The story of the first two episodes — in which T'Kuvma provokes war with the Federation to unite squabbling houses of the Klingon race — feels like a nod to contemporary issues. The Klingons' tactics speak to elements of the current struggles with ISIS and the rise of populists in America and Europe.

I half expected T'Kuvma to declare he was going to "make Klingons great again."

The other wild card here is Burnham, who comes with an intriguing backstory. Through a series of compelling flashbacks, we learn she is a human whose parents were killed by Klingons; after their deaths, she was raised by Spock's father, Sarek, a Vulcan. (Can't wait to see how the show explains why, over 50 years of Trek TV shows and movies, neither Sarek nor Spock ever mentioned an adopted human sister.)

NPR's Fall TV Preview: 11 New Shows To Watch Out For

And while James Frain absolutely nails his performance as Sarek (who also has an awesome telepathic link with Burnham), I couldn't help wondering: Where was his human wife, Spock's mother, to help him relate to this human child?

At any rate, my favorite moment of the first episode came when Burnham explained to her captain that the Vulcans gained the Klingons' respect by shooting first and talking later.

"They said hello in a language the Klingons understood," she says to a doubtful Captain Georgiou. "Violence brought respect, respect brought peace. Captain, we have to give the Klingons a 'Vulcan hello.' " (That, by the way, is my new catchphrase; a pretty awesome addition to the Trek canon.)

Burnham eventually clashes with her captain and becomes an outcast among her Federation colleagues — more fresh territory for Star Trek.

Discovery had a difficult journey to the air. The show's debut was delayed and original mastermind Bryan Fuller (credited as co-creator, executive producer and co-writer on the first episode) was ousted as showrunner well before the series premiere. All that turmoil made the show's debut all the more impressive, with its eye-popping special effects and a modern story that felt like a classic Trek adventure updated for today's sci-fi audience.

CBS broadcast Discovery's first episode on Sunday, urging fans to subscribe to its streaming service, CBS All Access, where they could see a second episode that night and where new episodes will appear exclusively every week.

Fans have groused about paying to see this series; a year's subscription to All Access tops out at $99.99 for the commercial-free version. But given Discovery's production value, which looks on par with feature films, it makes sense CBS would use this project to sell its new platform.

Those tempted to judge the show on the first episode should check out the second one, too. The first two installments of Discovery are really one story, ending with tragic twists that define the series and Burnham's journey. Alone, the first episode just doesn't have the same impact.

Despite a few flaws, Discovery mostly works, promising a new, compelling look at a Trek universe where complex characters are still fighting to build the Federation fans have known and loved for 50 years.