Accessibility links
Astronomers Search For Giant Planet On Outer Edges Of Solar System Astronomers are continuing their search for a giant planet they believe is lurking at the outer reaches of the solar system.

Astronomers are continuing their search for a giant planet they believe is lurking at the outer reaches of the solar system. 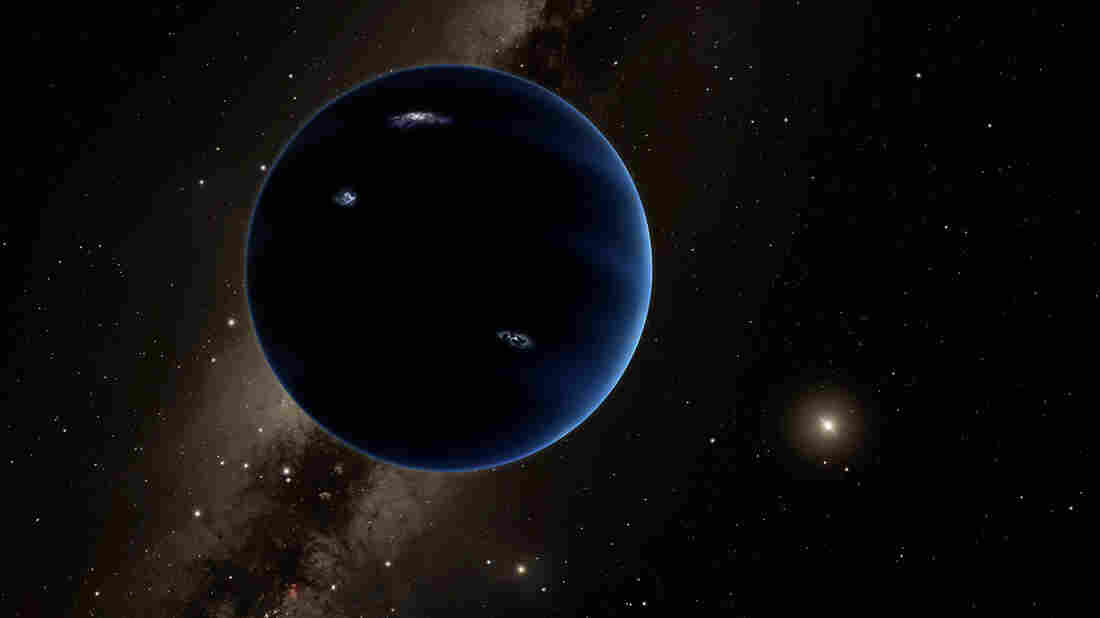 An artist's depiction of Planet Nine. The object is thought to be gaseous, similar to Uranus and Neptune. Hypothetical lightning lights up the night side. Caltech/R. Hurt (IPAC) hide caption 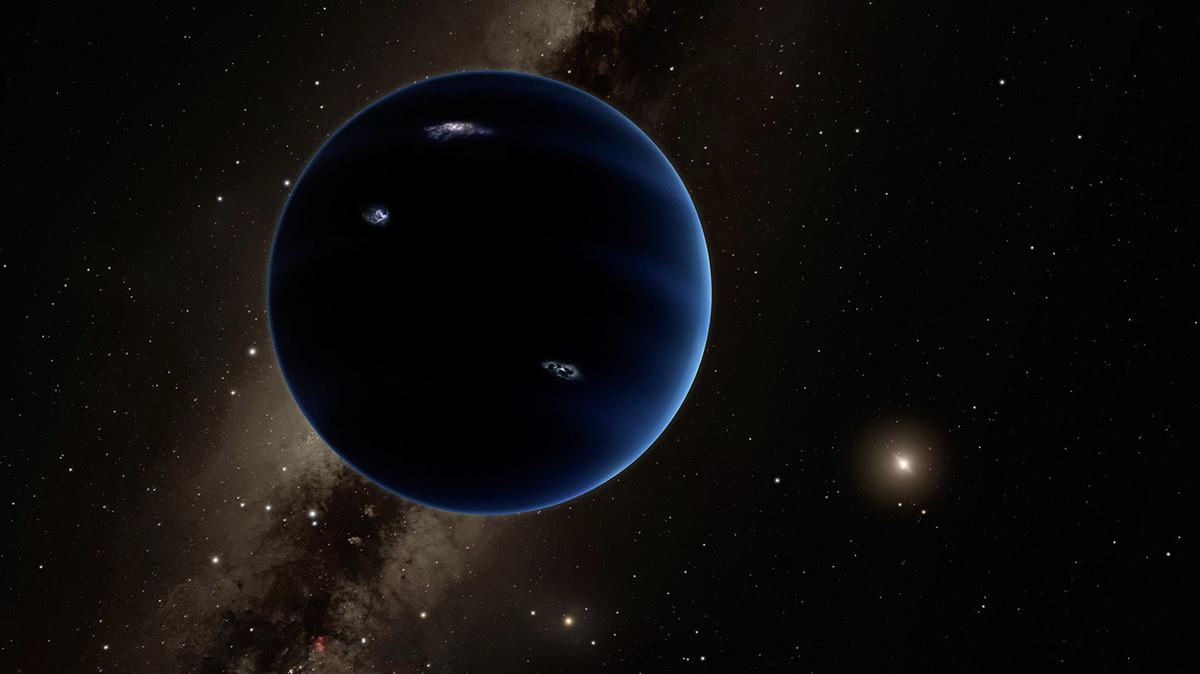 An artist's depiction of Planet Nine. The object is thought to be gaseous, similar to Uranus and Neptune. Hypothetical lightning lights up the night side.

This past weekend, a telescope on top of a mountain in Hawaii took images of a swath of sky. It's where astronomers think an undiscovered planet is hiding. As NPR's Joe Palca reports, they should know in a matter of weeks whether they found their target.

JOE PALCA, BYLINE: Finding a giant new planet in our solar system would be a really, really big deal. Mike Brown of the California Institute of Technology has been looking for one. He's pretty sure he knows where the new planet isn't. He searched a sizable chunk of sky last year and came up empty. But he's certain it's out there somewhere.

MIKE BROWN: If I were really convinced that there was nothing there, I should probably give up and do something else. But it's all I'm working on currently.

PALCA: Why is he so confident? Well, it's because of the strange behavior of about 10 extremely distant objects orbiting the sun. The orbits of these objects seem to be aligned in a peculiar way, and some astronomers believe that the gravity of a planet 10 times more massive than Earth is responsible.

But Brown says this planet is also really far away and really faint. You can't just point the telescope anywhere and hope to find it. Instead, Brown uses a bank of computers trying to predict the best place to look for the new planet.

BROWN: I have spent most of the last year doing numerical simulations and trying to say, OK, if it were here, what would it look like?

PALCA: All that work led up to his observations over this weekend. Brown says it will take a month or so to process the data he's just collected. He says if the new planet is in the data, he'll know it.

BROWN: It's not even like, oh, we need to go spend another 10 nights at the telescope to confirm it. It's like, when we see it, we know we see it.

PALCA: But with such an important discovery, he will definitely want to do some more observations to be sure. Problem is astronomers compete for time on telescopes to look for the things they're interested in, and Brown just had his turn.

BROWN: If we really think we've seen it, we will find telescope time. You know, we'll go show up on the mountaintop in Hawaii and beat up somebody and take their telescope and point it in the right way.

PALCA: I'm pretty sure Brown was joking. Although for the discovery of a lifetime, maybe he was only partly joking. Joe Palca, NPR News.