Accessibility links
Rough Translation: Half Of German Improv Class Is Filled With Refugees With the election in Germany bringing immigration to the fore, the NPR podcast Rough Translation visits an improv class where new arrivals learn the unwritten rules of German culture.

With the election in Germany bringing immigration to the fore, the NPR podcast Rough Translation visits an improv class where new arrivals learn the unwritten rules of German culture. 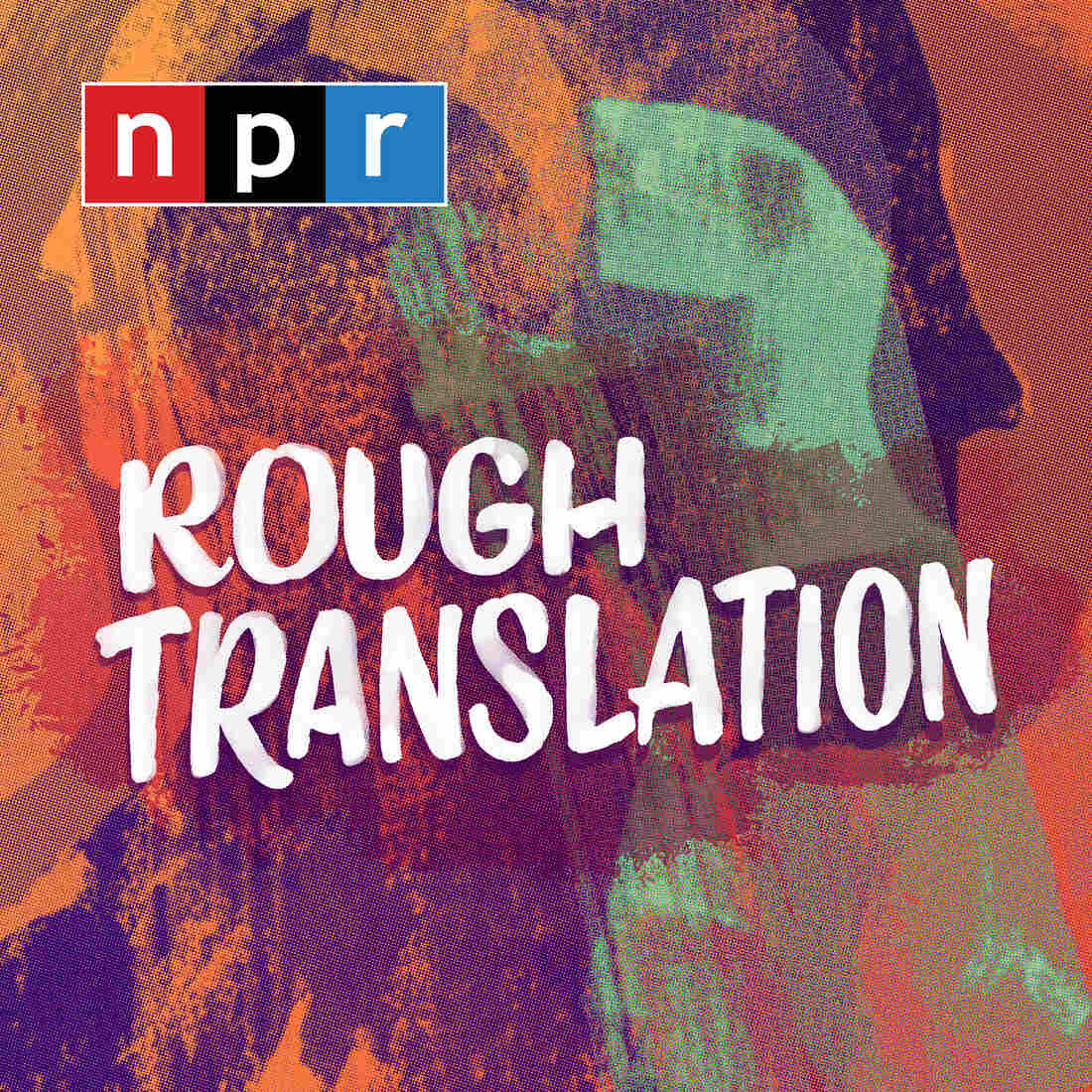 In an unfamiliar country, fitting in can be hard, especially if you're trying to make friends or even find romance. We're going to go now to an improv theater class in Berlin. Half the class is made up of refugees. And improvising their way through a new situation is something everyone's hoping to practice. This story is from our international podcast, Rough Translation. Here's correspondent Gregory Warner.

GREGORY WARNER, BYLINE: In a hipster rent-a-studio building in downtown Berlin, about a dozen people stumble through a sound association game.

WARNER: It's awkward, as all improv theater is, but even more so because this class is half Europeans, half refugees - mostly Syrian. The class is taught in German, but some here hardly speak it.

WARNER: Sophia Lierenfeld is the founder of this workshop. She calls it Improv Without Borders. She's tall with long, wavy hair, and she likes low-cut tops and dresses, but on the first day of class...

LIERENFELD: I just really didn't know what I would face. I wasn't sure if I could be the person with the authority in a dress, for example.

WARNER: Because what she'd heard on the news about men from Arabic-speaking countries. So that first day, she wore something uncharacteristically modest and covering.

LIERENFELD: The next week, I was like, oh, come on, seriously. I'm just going to wear what I like. And it didn't change a thing.

WARNER: Sophia hugs everyone who comes in. And if someone hesitates for too long in one of the improv games, they have to run around the circle shouting, I'm so sexy.

WARNER: Some people belt it out. Others just whisper.

UNIDENTIFIED WOMAN #1: I am so sexy.

WARNER: Aktham Abdulhasn is from Syria. He's been a refugee in Berlin for two and a half years. He's here to try to be more confident.

WARNER: He says outside of improv, he's shy with women by nature. But he's also shy for another reason. And it's the mirror of the reason that Sophia dressed so modestly on the first day of class. He's terrified that German women will see him as the kind of refugee stereotype that they read about on the news.

ABDULHASN: As a person who just can go harassing any woman he sees.

WARNER: And his fear of that stereotype makes him flee the other way. He's paralyzed when he approaches women. But in improv...

ABDULHASN: In a workshop about theater, you just can go wild.

WARNER: Another participant is Raqhd Hadeed, a 19-year-old Syrian refugee. She says in two years of living in Germany, she has never made a German friend her own age.

WARNER: She's here in improv to seem more strong, less shy. But when one day before class in the subway a guy suddenly shoves her, she comes to class dejected. And it's Sophia, the teacher, who coaches her to stand up for herself.

WARNER: One weekend after class, Sophia even tries to help Aktham Abdulhasn. He's the refugee with the dating shyness.

LIERENFELD: All right, now tell me more about this person that you met.

WARNER: Sitting down at a cafe, Aktham tells her about his sole semi-romantic experience in Germany - a single date with a German med student. They had texted for a while, but then the woman cut it off. He was sure that he'd done something wrong, something culturally inappropriate. But he wasn't sure what.

LIERENFELD: Do you still have the texts?

ABDULHASN: I still have the texts, yes.

LIERENFELD: Can I see them?

WARNER: Aktham scrolls through the text to show her.

LIERENFELD: OK, while you're looking for that, this is an interesting question for me because I think there could be some cultural difference. How about the whole sex stuff? Do you have some one-night stands here in Berlin? Do you have...

ABDULHASN: Never had no one-night stands - no sex, no...

LIERENFELD: So you're still a virgin?

LIERENFELD: What by kissing? You've never kissed a girl?

ABDULHASN: Never kissed a girl on the mouth, on the lips.

WARNER: By this point, Aktham has found the texts, and he hands his phone over to Sophia. While she stares at the text, he studies her face.

LIERENFELD: Wow, she's like straightforward. She wants to cook together - she wanted to. That's really nice.

WARNER: Then Sophia mortifies Aktham by reading one of his texts outloud. It was when he was trying to organize a date to watch a soccer game.

LIERENFELD: But I'm in for the game - smiley. Also ready for other plans - smiley. Tell me when and where, and I'm going to be there - smiley. That's so cute. (Laughter) Look at your face. Like, you look embarrassed, but it's really - it's charming.

WARNER: Aktham's blushing, saying, you can punch me now. But Sophia's leaning toward him because actually she's about to tell him something that Aktham never understood about this interaction.

LIERENFELD: So from her messages, she seems to be really interested in sex with you - like that's obvious. She's writing, we can cook together, which means you're already at her place, you know? The change happens after you met the second time. So my guess is that you probably did nothing wrong, but maybe you just didn't do a move - you know what I mean?

ABDULHASN: Truthfully, I would feel scared to suggest such a thing. If she doesn't want to, and if she...

WARNER: Aktham says he was terrified about being too forward. What if he offended her? And what if this wasn't a date at all? What if she had just gone out with him to be friends because he's a refugee?

LIERENFELD: I'm going to say that in a little bit of a mean way, are you aware of your arrogance here? I get the whole thing. I understand your feelings.

LIERENFELD: But there's also one part in it that's really arrogant. And that's the part where you think that you have to think and decide for her. When you tell her that you're interested in her, she is totally fine with saying, no, I'm not. You know what I mean?

ABDULHASN: Yeah, yeah, yeah, I never thought of it as...

LIERENFELD: That's why I said so - in such a straight way.

WARNER: There are workshops on social norms for refugees, and they're popping up in different places around Europe. They're all aimed to teach refugees that no means no, and miniskirts aren't an invitation. But for Aktham, the problem is different. He's being too protective.

ABDULHASN: I'm really now surprised how I never think about it this way.

WARNER: Aktham's says since this class he has been more conscious of his body language and what signals he's sending.

ABDULHASN: I try. I try, yeah. Yesterday, I did cross my arms lots of the times, but it's good. It's really good.

WARNER: For years, he's been so worried about coming off as dangerous. Now he's checking in more with himself to make sure he feels safe.