Accessibility links
Fewer Youths Incarcerated, But Gap Between Blacks And Whites Worsens In 2015, black youths were five times more likely than white youths to be incarcerated — the widest disparity since the start of the century. But advocates say crime rates are not to blame.

Fewer Youths Incarcerated, But Gap Between Blacks And Whites Worsens

Fewer Youths Incarcerated, But Gap Between Blacks And Whites Worsens 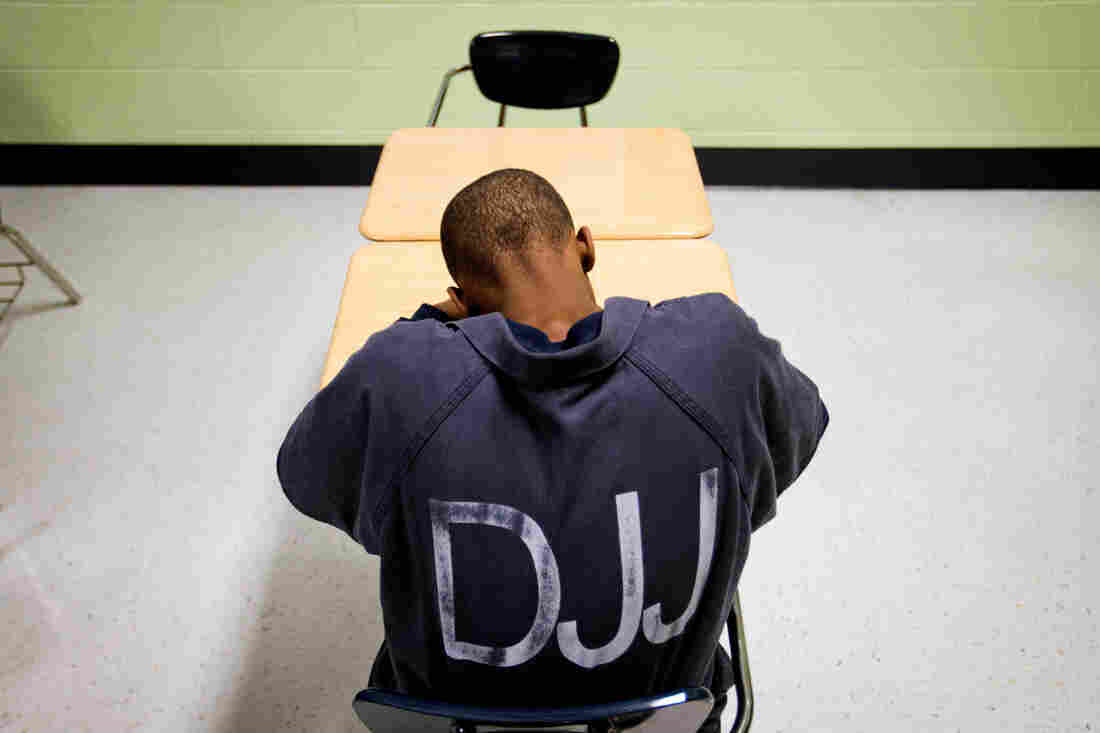 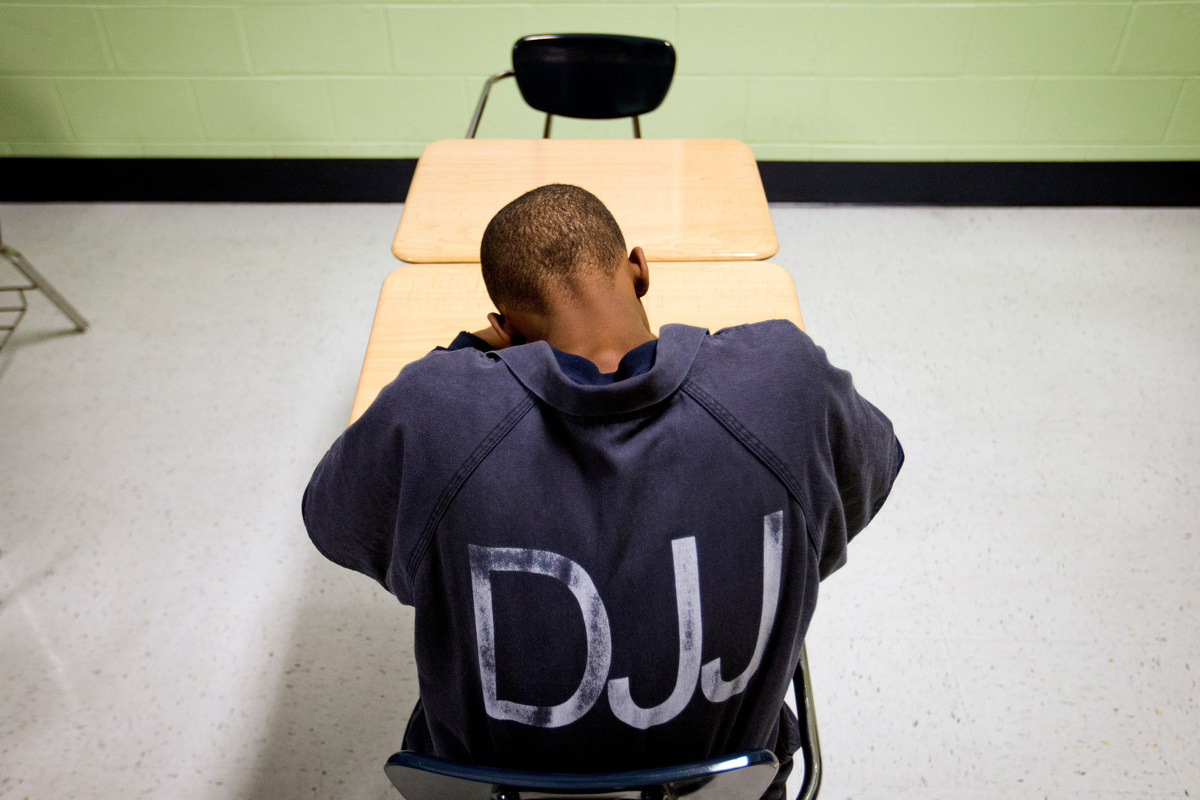 A juvenile resident sits in a classroom at the Department of Juvenile Justice's Metro Regional Youth Detention Center in Atlanta.

Recent numbers released by the Justice Department show a drop in overall youth incarceration rates in the United States. But a closer look at the data shows a widening gap between black and white youth confinement. Criminal justice reform advocates say a heightened police presence in communities of color — despite little difference in crime rates between black and white youths — is to blame.

According to the American Civil Liberties Union, the U.S. has only 5 percent of the world's population, but more than 20 percent of the world's prison population. Justice Department data from 2015 shows there has been a 54 percent drop in overall youth incarceration rates since 2001. In 2015, 152 of 100,000 youths were incarcerated in the U.S. — a drop from 2001, when 334 of 100,000 youths were behind bars. The DOJ classifies a youth as anyone younger than 21.

Charging Youths As Adults Can Be A 'Cruel Wake-Up Call.' Is There Another Way?

"It's important to realize the placement rate has reduced for all youth," says Josh Rovner, the juvenile justice advocacy associate at The Sentencing Project. "In a way, this is a good news story and I don't want people to lose sight of that."

But according to Rovner, individual actions are not to blame for a higher incarceration rate of black youths.

Every two years, the Centers for Disease Control and Prevention performs a study analyzing youth risk behavior. The CDC looks at youth alcohol use, drug use, behaviors that contribute to violence and others. The results from its 2015 study show black youths are not committing more crimes in proportion to white youths.

Rovner says these slight differences do not explain the widening disparity in incarceration rates. According to the DOJ, there were 48,043 youths behind bars as of October 2015. Of those, 44 percent were black, even though black youths made up only 14 percent of the U.S. youth population.

In a statement to NPR, the Justice Department said the Office of Justice Programs "does not typically comment on external analysis of the data." 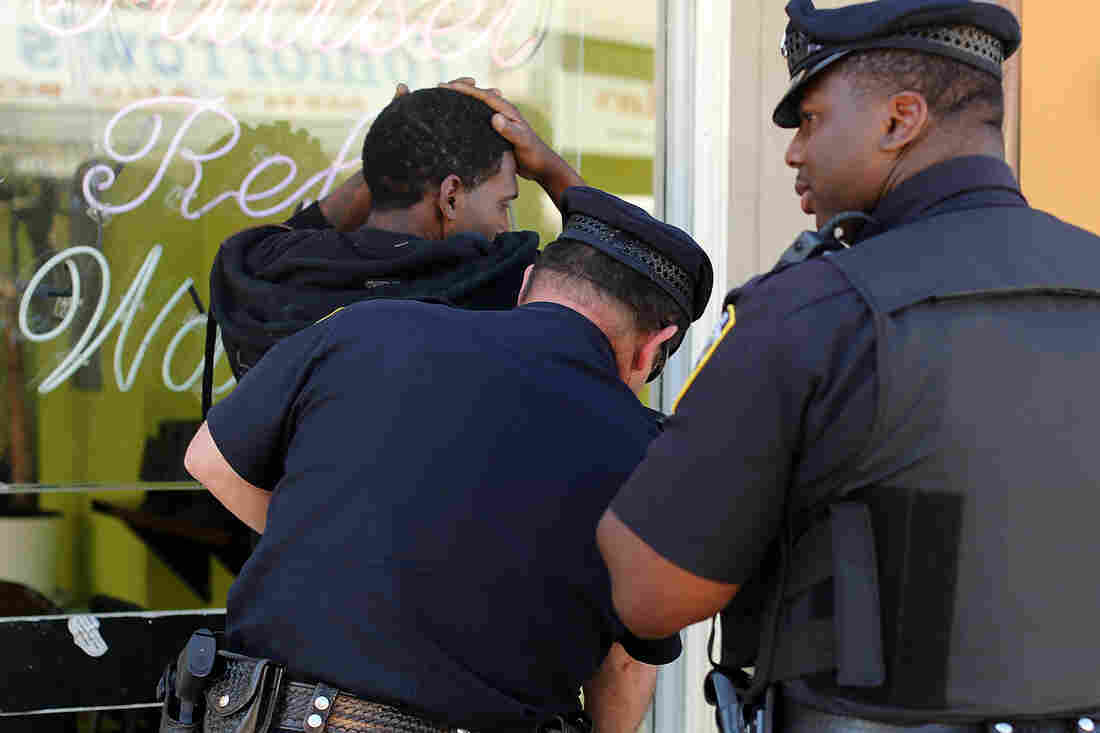 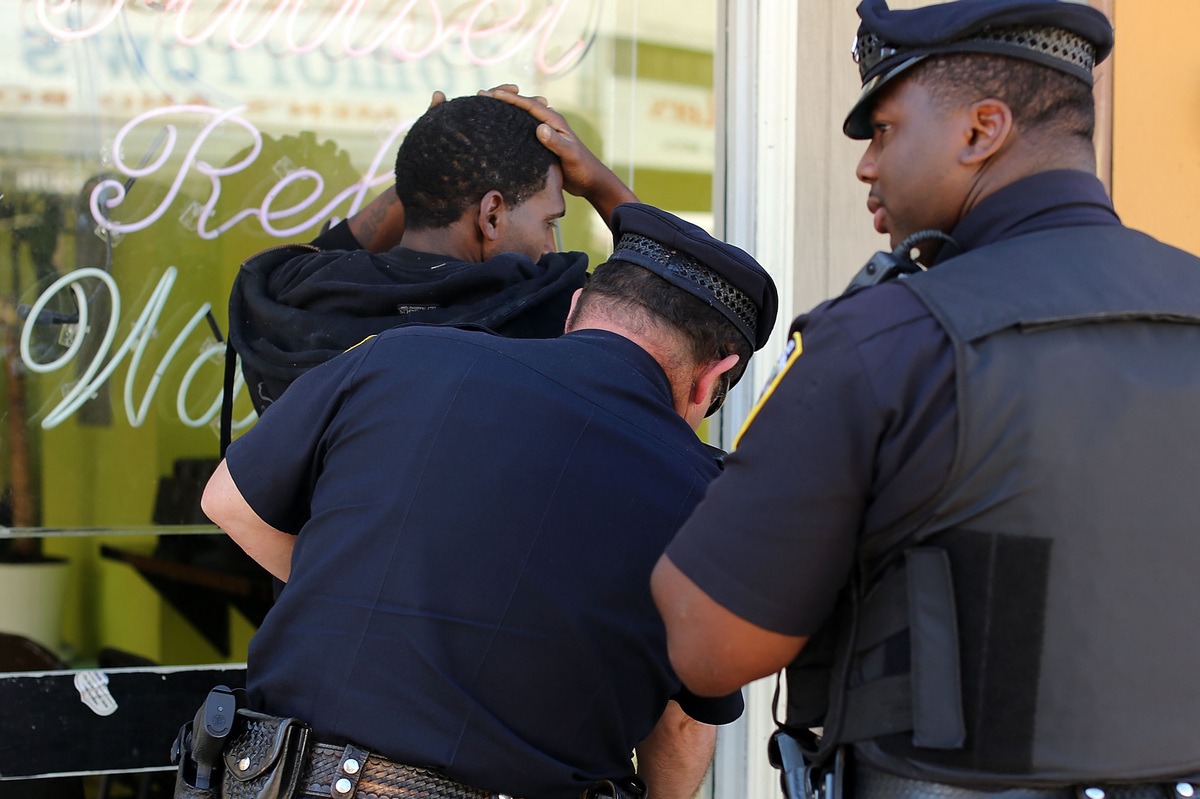 Police arrest a youth following a fight in Camden, N.J.

So why is there such a high disparity when it comes to incarceration?

Udi Ofer, the ACLU's deputy national political director, says the problem lies with the heavier policing of communities of color. A heavier police presence increases the chance of an officer being present when a crime is committed.

This, Ofer says, is the first step in the process leading to the racial disparities in incarceration. He argues crime rates are driven by decisions made by local police and prosecutors on where to focus their enforcement practices.

The DOJ data shows some states have managed to reduce the racial disparity since 2001, including Hawaii, Vermont and West Virginia. Other states have worsened. New Jersey, for example, widened its gap by 92 percent since 2001.

Although some states have reduced their disparity, it does not necessarily mean their numbers are low. Nebraska reduced its disparity by 16 percent but incarcerated black youths at more than six times the rate of white youths — more than the national average.

So while the U.S. has reduced its overall youth incarceration rate, the disparity between black and white youths behind bars is something criminal justice reform advocates are also hoping to change. In fact, they see both struggles as two sides of the same coin.

"It must be part of the decarceration strategy — not only to reduce the volume and the rate of incarceration but also to reduce racial disparities," Ofer says.