Accessibility links
The Slow-Burn Success Of Nikka Costa's 'Everybody Got Their Something' Superstardom should have been a foregone conclusion for the genre-blending singer. Her passionate proclamation of an album was initially hard to pigeonhole, but made its mark over time.

Shocking Omissions: Nikka Costa's 'Everybody Got Their Something'

Shocking Omissions: Nikka Costa's 'Everybody Got Their Something' 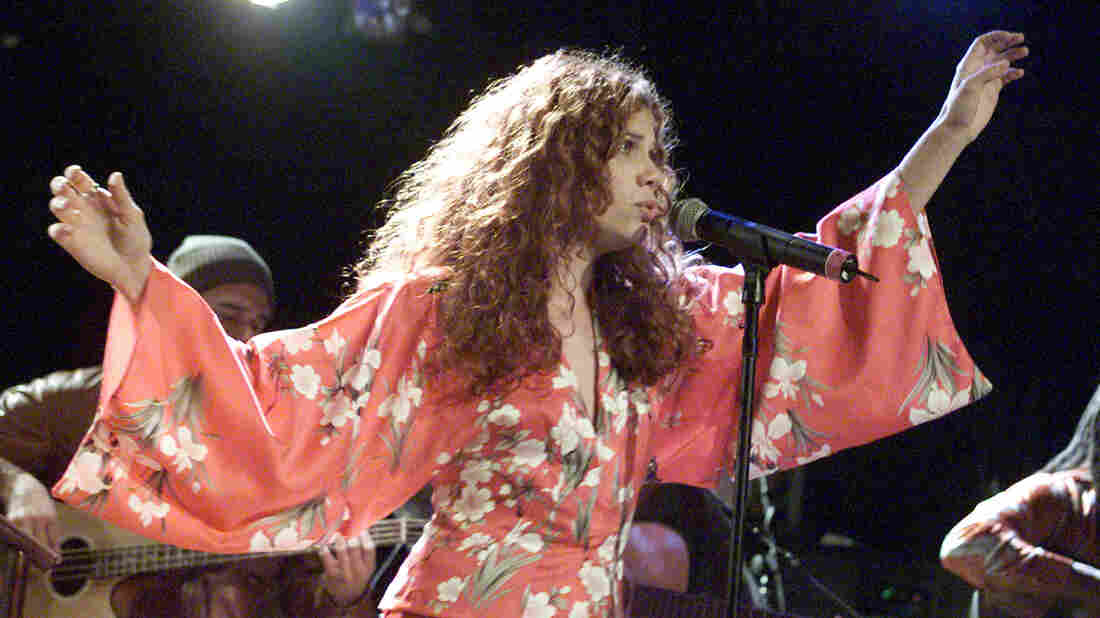 Everybody Got Their Something by Nikka Costa (shown here performing in 2001) is sound and fury, punk and pop, jazz and soul, gospel and grind. Kevin Winter/Getty Images hide caption 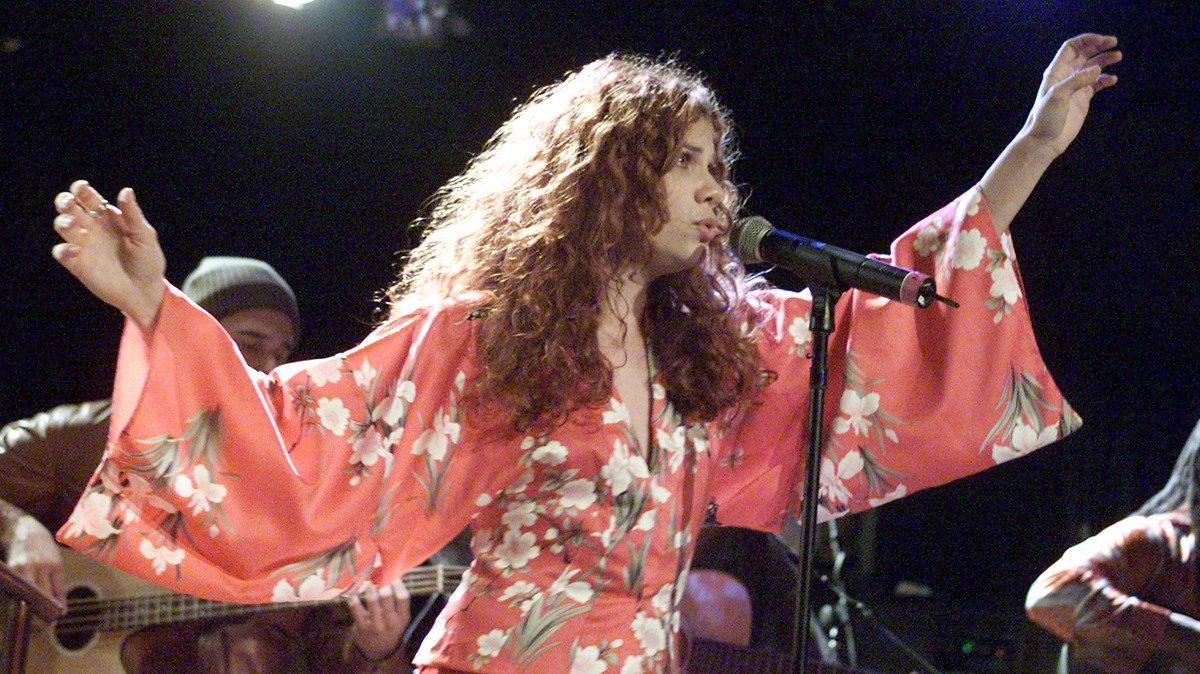 Everybody Got Their Something by Nikka Costa (shown here performing in 2001) is sound and fury, punk and pop, jazz and soul, gospel and grind.

Superstardom should have been a foregone conclusion for Nikka Costa. She has the pedigree: The daughter of music producer and arranger Don Costa and the goddaughter of Frank Sinatra, she even sang with The Chairman at nine years old. She has the stage swagger, groomed from years of performing abroad — including a stadium gig opening for thunder-rock kings AC/DC. Attractive and exuberant, sporting red, Medusa-like curls, Costa radiates a sexual confidence that is more Woodstock than video vixen; a heartfelt songwriter blessed with a voice that splices Aretha's sanctified power with a few molecules of Janis' weathered rasp.

But in the United States, Nikka Costa was long considered a nobody by oft-brutal music industry standards. That was supposed to change in 2001; after several internationally released albums, she unveiled her American recording debut, Everybody Got Their Something. The album is a passionate proclamation of a woman who is shaking away fear and living her damn life, set to a musical potpourri of riffs, wails and eclectic samples. Her title track is a get-down anthem of egalitarian empowerment; on it, she sings, "There's a time for every star to shine." Co-produced by wunderkind DJ Mark Ronson, Everybody Got Their Something also boasted a veritable Justice League of soul and hip-hop musicians, including Ahmir "Questlove" Thompson, Pino Palladino and James Poyser — with an assist from the late Billy Preston on what should be the wedding anthem for the new millennium: "Just Because," an R&B-influenced statement of love that trades slow-jam cliches for earthy simplicity. Everybody is sound and fury, punk and pop, jazz and soul, gospel and grind, and it deserved a slot in NPR Music's recent list of the 150 Greatest Albums Made By Women.

But Everybody didn't click with everybody. Despite overall good critical reviews, the album had anemic sales, only rising as high as No. 120 on the Billboard 200 chart, even after a Tommy Hilfiger ad teased the technofunk-singed single "Like A Feather" before the album's release. (The video, incidentally, features a blink-and-you'll-miss-it shot of a young and spinning Mark Ronson.)

The table was set, but only a few came to feast. Why? For starters, Nikka Costa couldn't be pigeonholed.

Costa's musical influences range from rock (Led Zeppelin, The Black Crowes, Radiohead) to the "sunken soul" of Aretha Franklin, Betty Davis and Stevie Wonder. Her father exposed her to jazz and Big Band-era standards, and she was drawn to the hip-hop grooves of the day. Costa's borderless love of music, the controlled chaos of her sound, plus the texture and agility of her voice won me over. "The album was a crazy, well-rounded appreciation of what moved me," she says. "I can't stick to one genre."

So how do you sell such a volcanic cross-pollination of music, especially by a relative unknown? Pre-social media and YouTube, that was a question for which Costa and her label, Virgin Records, couldn't find an answer. Costa's music video for "Like A Feather" went into rotation at MTV and other channels with little fanfare. Radio airplay, then a necessary spoke in the star-making wheel, proved impenetrable because of stations' notorious race and format stratification.

"'What is she?! Is she rock? Is she funk?'" says Costa, referring to herself. Her music couldn't be categorized easily, stumping many radio programmers. "They didn't know where to play me."

Her album may have also borne the brunt of bad timing. Costa says upheaval at Virgin Records resulted in her album being overseen by three different label presidents. Adding to that turmoil was Virgin's $80 million deal with Mariah Carey in April 2001 (one month before Everybody's release), followed by an expensive and spectacular parting-of-ways with the singer less than a year later. Costa describes that time at the label as "cuckoo-pants crazy."

Costa says all of these things in aggregate — including the tragic death of Virgin's rising star Aaliyah, in August 2001 — likely took their toll on the squad at Virgin whose task it was to make Everybody break through to a mass audience. "All these things kind of snowballed in effect into a team trying to work, or spend money [trying] to promote music," she says.

Costa makes it clear that she's not bitter ("Why do I want to stay in the negative?" she says), and she still performs songs from that album in her live set. "I'm super proud of what we made," she says.

Despite its low sales, Costa says Everybody Got Their Something "put me on the map." Prince contacted her after hearing Everybody, which led to a friendship and shared performances (her new album, Nikka & Strings, Underneath and in Between, released this June, features a cover of Prince's "Nothing Compares 2 U"). Album cuts have been featured in commercials, TV shows and films including Blow and All About Steve. But its biggest accomplishment may have been its influence on the latest generation of singers.

"It's amazing how it's lived on," Costa says. She says numerous record industry executives have told her that their new artists want to make records like Everybody Got Their Something. "It has been really influential," she says, "and that makes me feel really good, you know?"