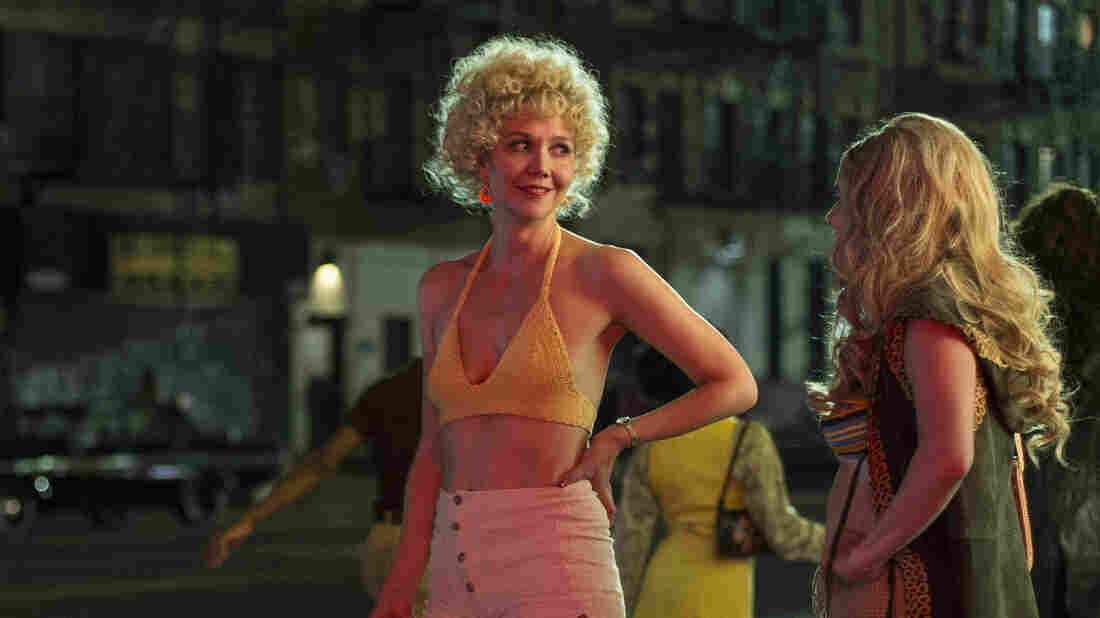 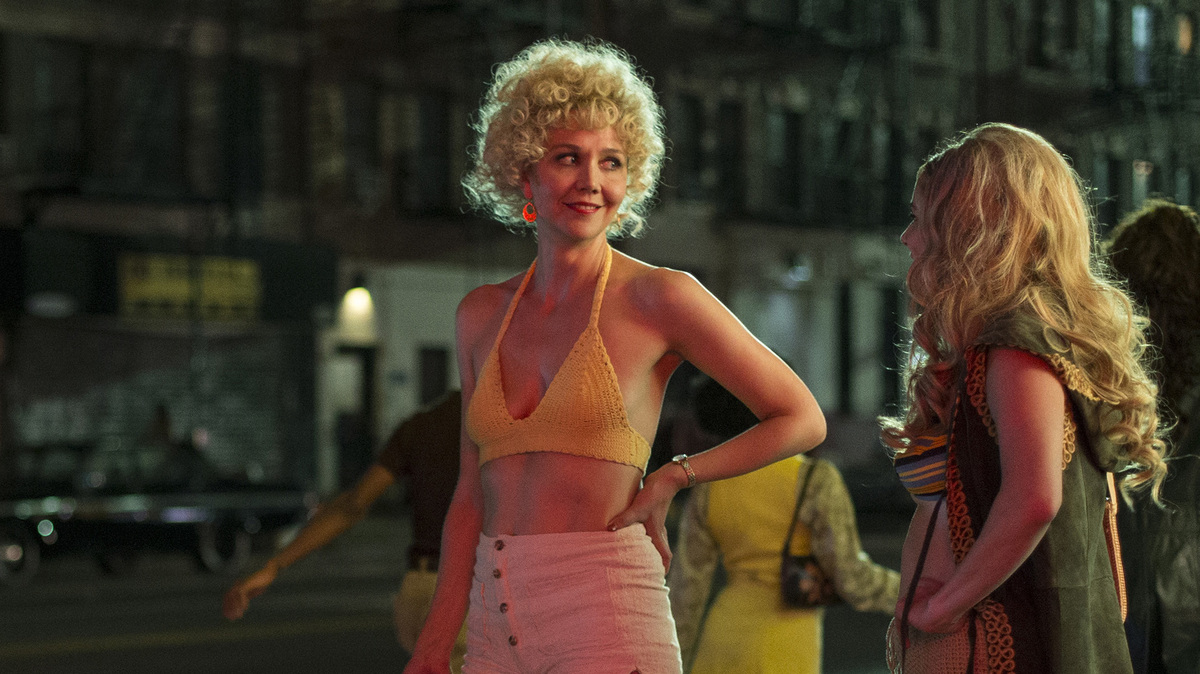 "We didn't particularly want to do a show about pornography," Pelecanos says. "David and I worked on this for two or three years before we shot any film, and it was continually on our minds: How were we going to approach it?"

In 'The Deuce,' Sex Isn't Titillating — It's Business

But both men say that avoiding an exploitative approach was only half of the challenge; they were also wary of presenting a view of the industry that was too sanitized.

"If you're going to do a piece that's explicitly about the sexual commodification of women ... then you have to show what that is ... and be direct about the fact that that is a very coarse product and very painful, " Simon says. "You don't want to be prurient — but if you're puritan as well, now you're saying something else."

David Simon: Here's a moment where an economy and an industry comes into being almost overnight. What isn't legal, what is furtive, what is being sold out of car trunks and from under counters suddenly is available, and the profit is going to increase geometrically to where now pornography is a multibillion-dollar business. So let's follow that. 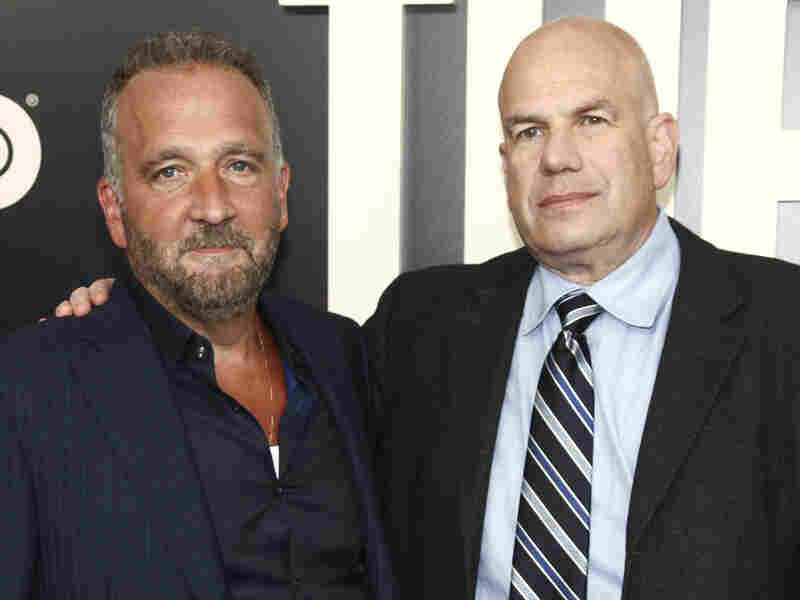 David Simon (right), the man behind HBO's The Wire and Treme, teamed up with George Pelecanos, a crime novelist who wrote for both of those series. Andy Kropa/Invision/AP hide caption 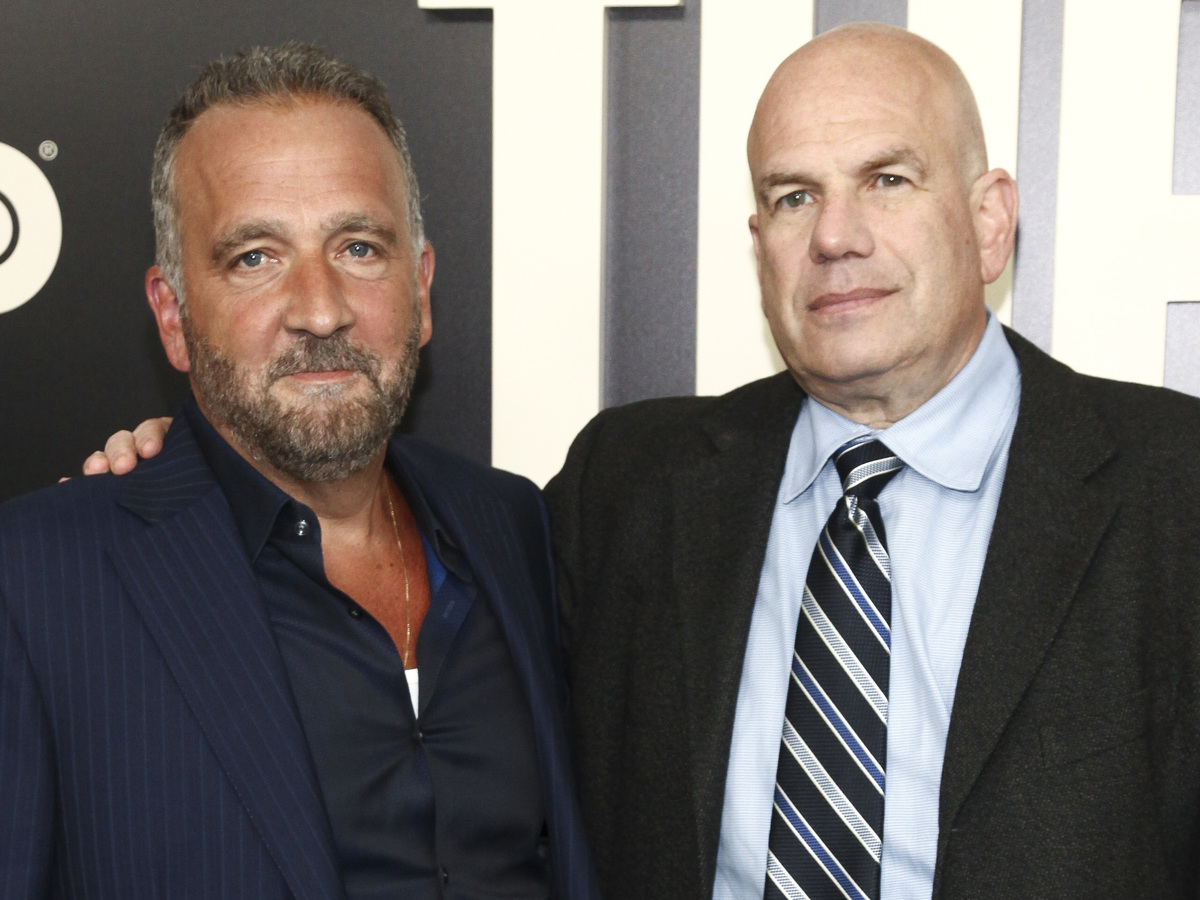 David Simon (right), the man behind HBO's The Wire and Treme, teamed up with George Pelecanos, a crime novelist who wrote for both of those series.

Let's take a look back at this moment and see who paid the cost. What happened to the pioneers, the real pioneers?

On re-creating the look and feel of the early '70s

George Pelecanos: We went after realism in all aspects of the art direction — costume, cars. We really wanted to get it right. The '70s films that I cut my teeth on were my favorite films, those time-capsule movies shot in New York — locations, not sets — like [The] French Connection, The Taking of Pelham One Two Three, some of the blaxploitation films like Black Caesar [which was] shot in Harlem. We really wanted this to look like a film that had been shot in '71 and put away somewhere and just got rediscovered.

He was the kind of guy that, although he was complicit in a lot of the things that we're going to get to on the show, he had a live-and-let-live attitude. The fact that he had a brother ... [who] dragged him into a lot of bad situations created conflict, which was natural for drama for us.

On the importance of developing characters outside of their sex scenes

The 'pornographication' of America has been profound. You don't have a multibillion-dollar industry operating every year and not have it transform the way we think about ourselves and each other.

That doesn't mean that there aren't moments where we have to, for purposes of story, depict the sexual activity, and it doesn't mean we're trying to avoid anything. It's trying to make all the moments neutral, that there's as much character development in what happens between the shots as there is in the actual sexuality you're depicting.

It's been a long time. It's been half a century that this stuff has been in the ether. ... The "pornographication" of America has been profound. You don't have a multibillion-dollar industry operating every year and not have it transform the way we think about ourselves and each other.