Accessibility links
Death Watch: 'This Is Us' Kicks Off Its Second Season, Teary As Ever NBC's surprise hit of last fall, the drama This Is Us, began its second season with an episode that stayed mostly in the here and now before dipping dramatically back to the past.

Death Watch: 'This Is Us' Kicks Off Its Second Season, Teary As Ever

Death Watch: 'This Is Us' Kicks Off Its Second Season, Teary As Ever 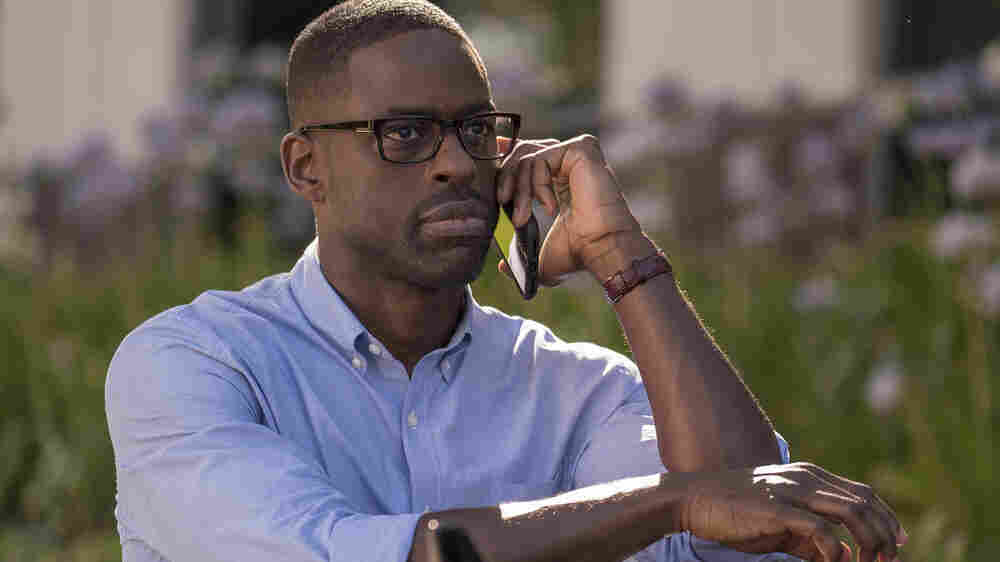 Sterling K. Brown as Randall, still being the best thing about the season premiere of This Is Us. Ron Batzdorff/NBC hide caption 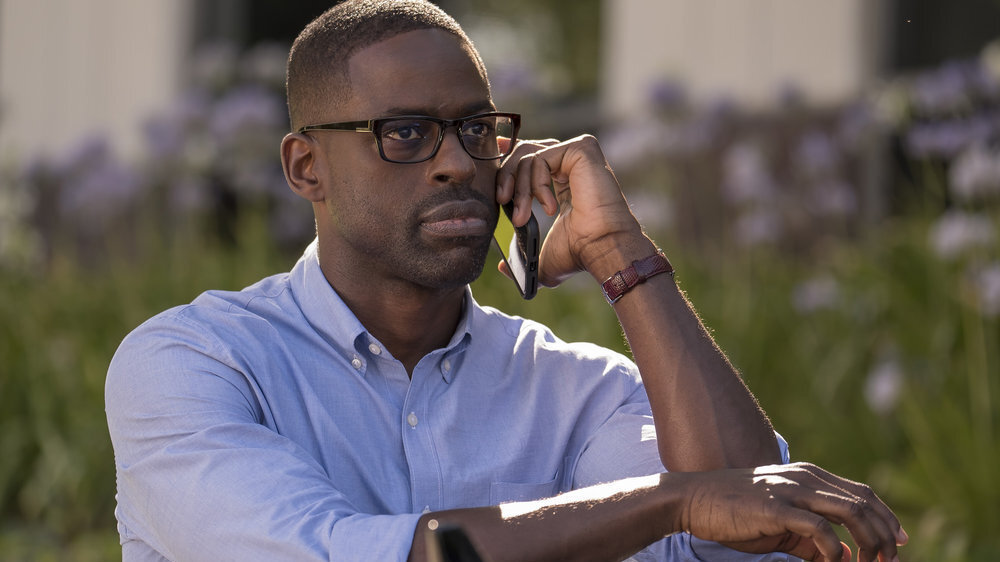 Sterling K. Brown as Randall, still being the best thing about the season premiere of This Is Us.

[This examination of the season premiere of This Is Us discusses, in detail, everything that has happened on the show up to and including the season premiere, and it also includes what I promise is baseless speculation on my part about what might be coming in the future. — LH]

Every discussion of an episode of NBC's This Is Us must begin in the same place: Did we see, you know ... that death we're all waiting for? So let's start here: in the second season premiere, we did not see that death. Not exactly. But we collected a good amount of ... let's say circumstantial evidence about it.

Considering how the apparent threat to their marriage dominated the first season finale, we don't see all that much of Jack and Rebecca in the season premiere. This is an episode spent primarily in the adulthood of the Big Three: Kate, Randall and Kevin. Specifically, it's their 37th birthday, one year after the birthday where we first met them. Kate, who exposits that she's two sizes smaller than she was, has decided to seriously pursue singing. Kevin is off shooting a movie with Ron Howard. Randall and his wife, Beth, are talking about adopting a baby.

Kate's story, as always, is about her weight, even though it originally seems to be about singing. She decides to audition for a wedding band, but she loses her nerve when she sees the room full of thin women she'd be competing against. As both Toby and Kevin try to lift her spirits, Toby tells Kevin he needs to back off and leave some emotional intimacy for her actual boyfriend. That motivates Kevin, in turn, to explain to Toby that the origin of his closeness with Kate is that it was Kate who told Kevin that their father, Jack, had died. He also reveals a new fact: they were 17 when it happened.

Hearing Kevin and Toby argue over who should be her keeper, Kate decides to be her own keeper by trying to gain a little confidence, so she storms back to the audition to try out after all. The scene begins by setting her up for a triumph: she convinces the band to give her a chance, she's almost immediately blown off, and she gives a rousing (and highly unlikely) speech about how she won't let them reject her on the basis of her weight. As it turns out, though, they didn't. She's not good enough, and they prove it by making her listen to their backup singer. (Yes, the assertion here is that Kate's loss of the job isn't about her weight, but the story still is.)

Meanwhile, Beth realizes that Randall's passion for adopting a child is, more than anything, about trying to replay his own life story and give another kid the same stroke of luck he had when he was adopted by Jack and Rebecca. Rather than let him precisely duplicate his own pattern, she winds up recommending that they take in an older child — someone who might need even more from adoptive parents than a baby would.

But the shocker that will be on the tip of everyone's lips comes at the very end of the episode, after Rebecca recommits to Jack, despite the fact that he's confessed a serious drinking problem that she knows represents a danger to the family. They decide to move past their fight from the season finale, and look! A glimmer of hope!

Oh, you naive thing. They didn't cue up that Bon Iver song earlier so you could go a whole episode without crying.

Before you know it, an unidentified amount of time later (but seemingly not THAT much), we find the teenaged Randall and Kate sitting on the couch at Miguel's house, sobbing with someone who seems to be Randall's ... girlfriend? Maybe? Kate is cradling a dog and saying that they have to find Kevin, who should "hear it from [her]." Then, we are with Rebecca, who is pulling up to what was the Pearson house and breaking into sobs. Because it has burned. Burned to a crispy, tragic, skeleton of its former self. And that's the end.

There is a clear implication here, and that implication is that when the Big Three were 17, Jack died in a house fire. The evidence points in that direction, to be sure. But they did not technically show you that. Nor did they say that. This Is Us is not a show that's studiously avoided a little artful misdirection, the better to spring a surprise on you in the future. It's not out of the realm of possibility that Jack was in jail when Rebecca pulled up to the house (she seemed to have some of his things in a little plastic bag). She and the kids could all have been devastated about the fire and losing the house. Don't get me wrong — it's probably as it appears: Jack probably died in the fire. But there's wiggle room.

It's one of the challenges of really loving This Is Us that, although it has done some wonderful work — especially with Randall, Beth, and Randall's father William — it can't quite escape the taste for a gotcha that's dogged it since the pilot. Sometimes, that means really nifty moves that sneak up on viewers and give them the best kind of emotional startling. But sometimes, as here, it lowers the effectiveness of Rebecca pulling up to the house, because it's hard not to look for loopholes. Things like Toby flatlining last season and then just sort of ... being fine? Those things start to set This Is Us up to be The Show That Cried Wolf. So while you now probably know what happened to Jack, keep your wits about you.

As any football fan would tell you, there's a lot of game left.