Accessibility links
Government Considering Lifting Shipping Restrictions To Puerto Rico The Jones Act restricts shipping of goods between U.S. coasts to American ships. But the island, a U.S. territory, is struggling to recover after Hurricane Maria and needs more supplies. 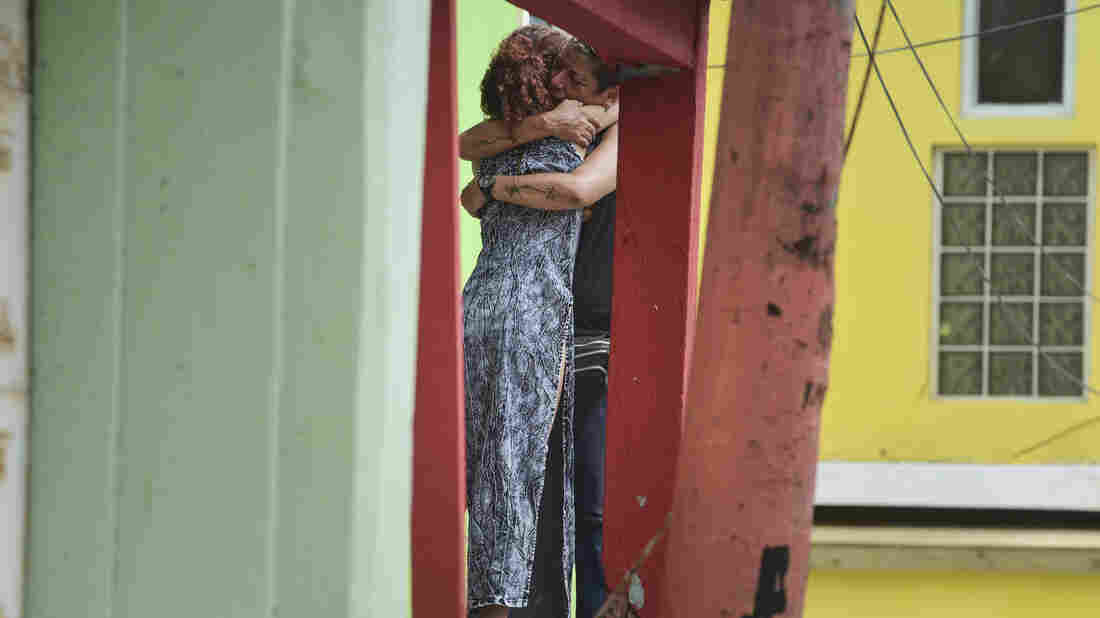 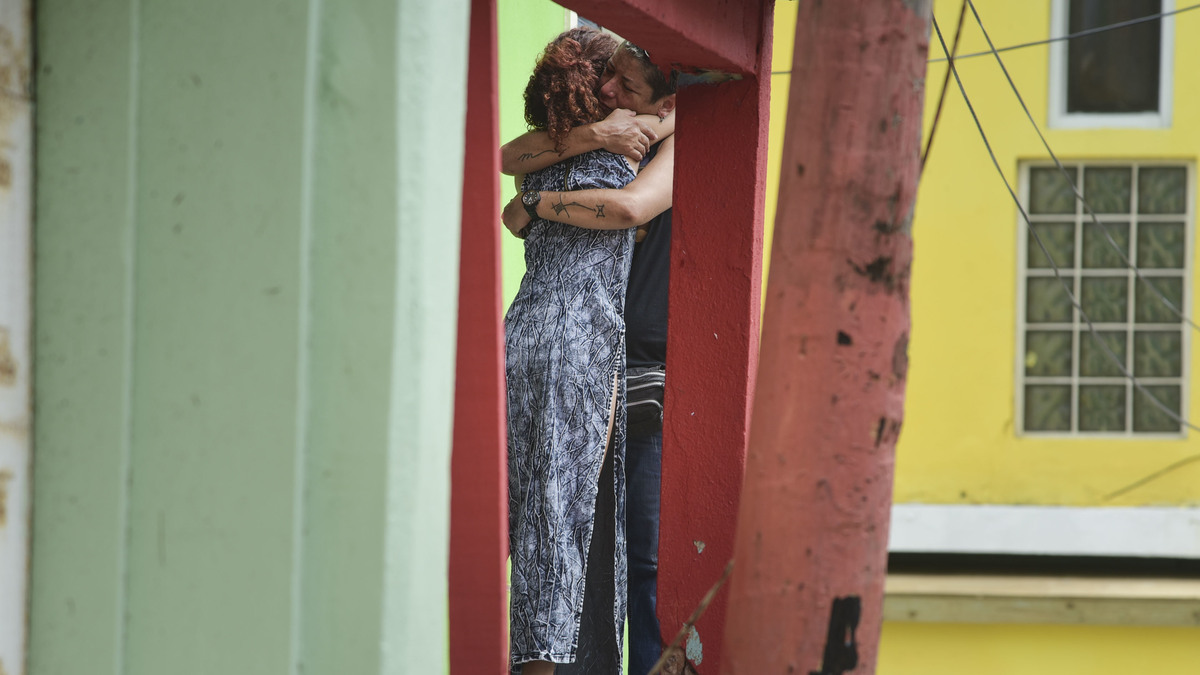 Residents at La Perla community in Old San Juan comfort one another as the community recovers from Hurricane Maria, in San Juan, Puerto Rico, Monday.

The Department of Homeland Security is considering a request by members of Congress to waive shipping restrictions to Puerto Rico, senior DHS officials said Wednesday.

With Bottles And Buckets, Puerto Ricans Seek The Water To Survive

U.S. Schools Brace For An Influx Of Students From Puerto Rico

The request is to waive restrictions under the Jones Act, which restricts shipping of goods between U.S. coasts to U.S.-flagged vessels (as opposed to foreign-flagged vessels).

The DHS officials said that contrary to news reports, DHS has not denied any waiver requests associated with Hurricane Maria. They said they have not received a "formal" request, which typically comes from the Defense secretary or from a shipper seeking to move cargo.

The officials said DHS cannot issue a waiver due to increased shipping costs but must make the determination based on whether there are national-defense implications. The review process will also include evaluating whether there's a lack of availability of U.S.-flagged vessels.

The officials said the most significant challenges facing Puerto Rico have to do with a disruption of the ability to move supplies within the island rather than the ability to get fuel and commodities to the island. And, they point out, as NPR's Brian Naylor reports, that there is limited space at the island's ports.

They said this was different than the situation facing the southeastern U.S. after Hurricane Harvey. There was a Jones Act waiver put in place after Harvey; it expired on Sept. 22nd. Puerto Rico was included under that waiver for refined petroleum products.

The officials could not put a timeline on how quickly the decision would be made but said it likely would not come Wednesday.