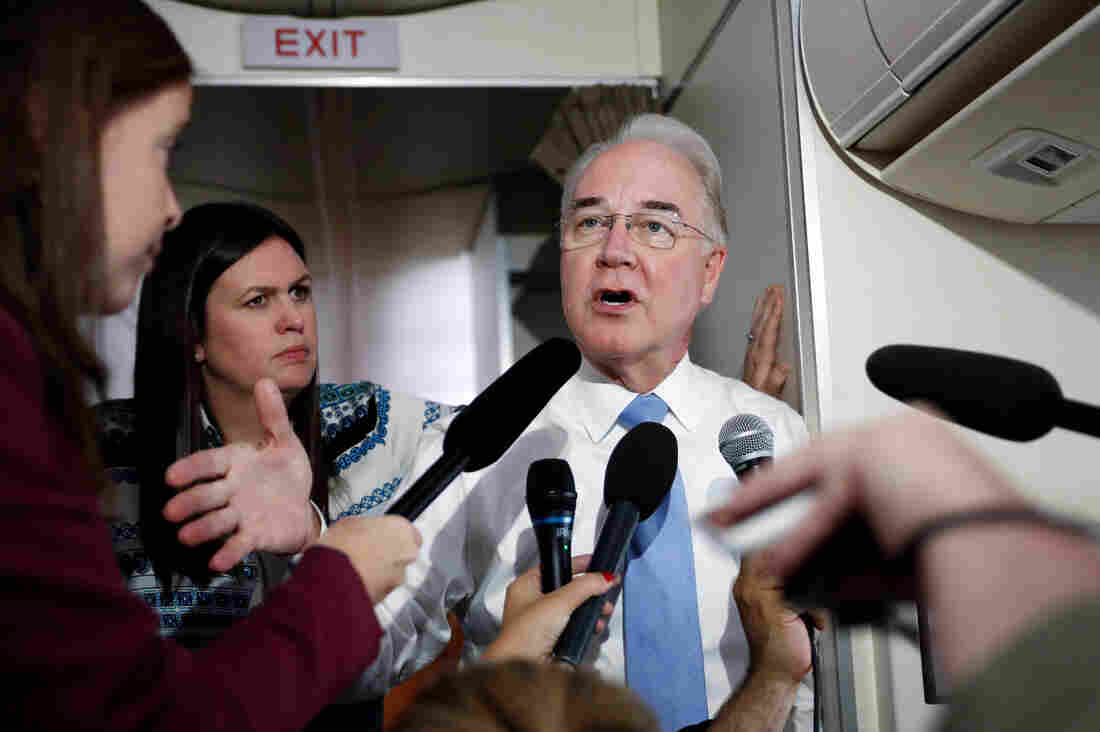 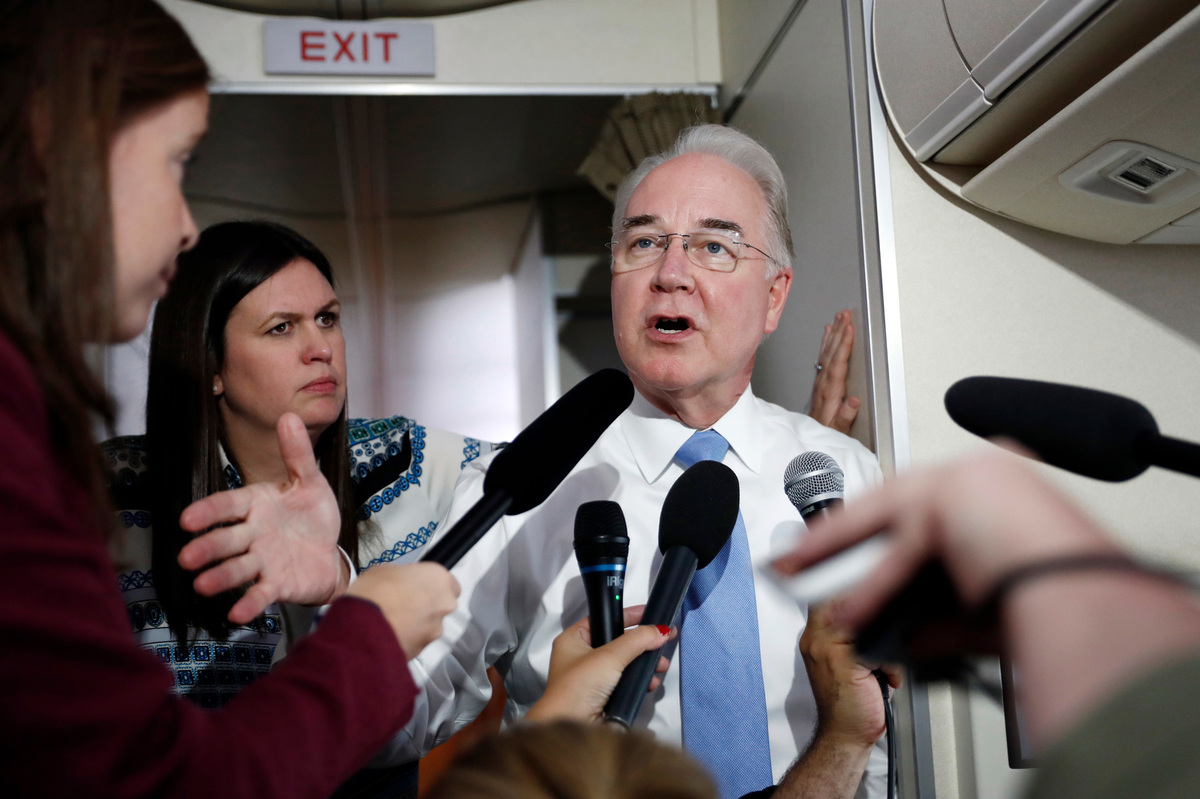 President Trump joined members of Congress on Wednesday in scrutinizing alleged government travel abuses by the secretary of health and human services and at least two other Cabinet officials.

HHS Secretary Tom Price has reportedly spent more than $400,000 of public money on trips using private aircraft, including a charter flight to Nashville, Tenn., and back for a six-hour visit that included lunch with his son. The story was first reported by Politico.

Asked on Wednesday if he would fire Price, Trump said, "We'll see."

Letters went to the heads of 24 executive departments and independent agencies and to White House chief of staff John Kelly.

Price, a former House member known for criticizing wasteful spending, has reportedly used chartered planes for nearly 30 flights where he could have traveled by airliner, sometimes mixing personal and official business as with his trip to Tennessee.

The HHS inspector general is investigating, and over the weekend Price said he would stop using private planes. Politico reported that he made that announcement after running up charter travel bills of more than $56,000 last week.

Treasury Secretary Steven Mnuchin, a multimillionaire, took his wife on a government plane to Kentucky, where they watched the solar eclipse. He later reimbursed the Treasury for their travel.

Mnuchin also sought a U.S. Air Force jet for his European honeymoon, saying he needed the plane's communications links to Washington. The plane cost an estimated $25,000 per hour, and Mnuchin ultimately withdrew his request. The Treasury Department's inspector general is reviewing both episodes.

And CBS News reported on Tuesday that EPA Administrator Scott Pruitt last June flew in a military jet from Cincinnati to New York, at a cost of at least $20,000. Separately, the EPA inspector general is looking into Pruitt's frequent government-paid trips back to Oklahoma, his home state, where he is rumored to be considering a run for office.