Accessibility links
Trump Administration To Drop Refugee Cap To 45,000, Lowest In Years It's a dramatic drop from the level set by the Obama administration. Refugee admissions have largely been on hold under Trump's travel ban executive orders.

Trump Administration To Drop Refugee Cap To 45,000, Lowest In Years

Trump Administration To Drop Refugee Cap To 45,000, Lowest In Years 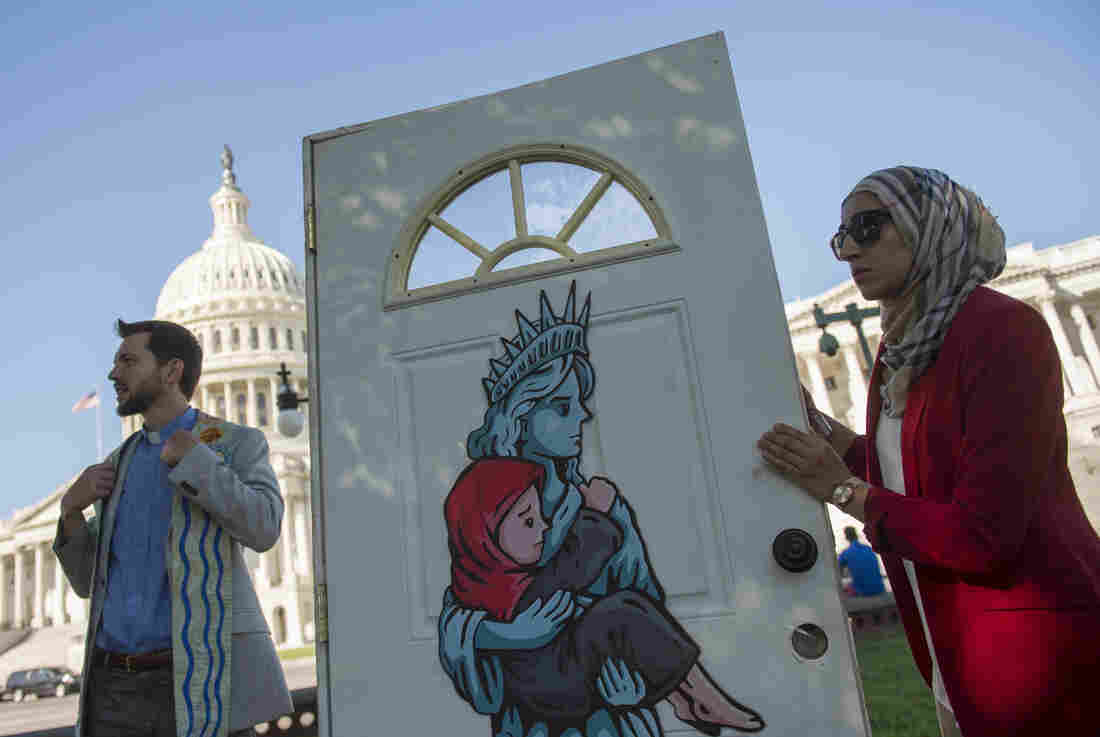 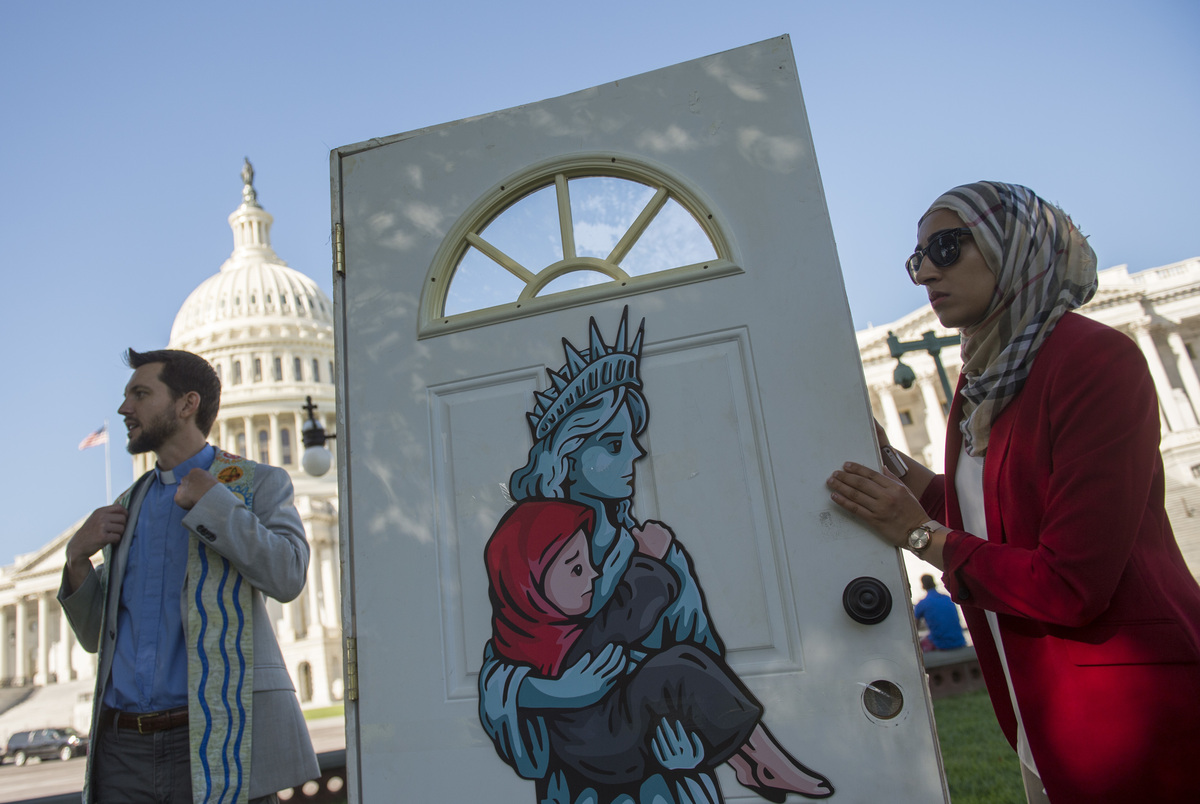 The Trump administration plans to cap the number of refugees the U.S. will accept next year at 45,000. That is a dramatic drop from the level set by the Obama administration and would be the lowest number in years.

The White House formally announced its plans in a report to congressional leaders Wednesday, as required by law.

The number of refugees the U.S. admits has fluctuated over time. But this cap is the lowest that any White House has sought since the president began setting the ceiling on refugee admissions in 1980.

Refugee resettlement agencies are disappointed with the 45,000 cap, which they say falls far short of what is necessary to meet growing humanitarian needs around the world. They had recommended a limit of at least 75,000.

Last year, the Obama administration set the cap at 110,000. Only about half that number have been admitted, after the Trump administration put the entire refugee resettlement program on hold under its travel ban executive orders.

"Churches and communities, employers and mayors, are heartsick at the administration's callous and tragic decision to deny welcome to refugees most in need," said Linda Hartke, the president and CEO of Lutheran Immigration and Refugee Service, one of largest resettlement agencies in the country.

The debate over refugees is often framed as a clash between humanitarian goals and national security.

But Trump administration also argues that the U.S. spends millions of dollars a year to screen and resettle refugees and to help them once they arrive.

"For the cost of resettling one refugee in the U.S., we can assist more than 10 in their home region," President Trump said in a speech to the United Nations earlier this month.

Once they arrive, refugees qualify for many social services, including health care, food stamps and cash assistance. Many of those costs fall on state and local governments, and some states are pushing back.

Earlier this year, Tennessee took the federal government to court over refugee resettlement.

"The bottom line is the federal government is coercing the state of Tennessee to spend Tennessee taxpayers monies in ways that some individual Tennesseans disagree with," Republican state Sen. John Stevens told member station WPLN in March.

But many mayors across the country see refugees as an economic boon for their cities.

"These people are paying taxes. They're buying houses. They're going into our schools," said Stephanie Miner, the mayor of Syracuse, N.Y.

Miner, a Democrat, says refugees are helping revitalize the city's north side, which was home to Italian and German immigrants before them.

"They create their own businesses which add economic energy that, but for them, would not be here," said Miner.

One of those businesses is the Himalayan Store, where you can buy traditional clothing from Nepal, authentic lentils from India, or a plate of fried rice. Owner Jay Subedi arrived in Syracuse eight years ago.

"When I came here, the door was open for all opportunities. And I keep working hard every day," Subedi said.

Subedi was born in Bhutan and spent 18 years in a refugee camp in Nepal before coming to the U.S. He got a job at Subway. Now he owns a store, a gas station and a house, in addition to his job as housing coordinator for InterFaith Works, a local refugee resettlement agency. Subedi says a lot of refugees share his work ethic.

Economists who've studied the issue say it's true that refugees can be expensive, especially when they first arrive.

It costs "something like $180,000" to resettle each refugee, estimates William Evans, chair of the economics department at the University of Notre Dame. He says that estimate includes direct and indirect costs like social services.

For the first nine years they're in the country, Evans said, refugees tend to be net takers. They cost the government more in social services than they pay in taxes. But then, something changes.

"After that ninth year," Evans said, "they're actually paying more to the government than they're taking out."

Over 20 years, Evans and his colleague found that refugees pay about $20,000 more in taxes than they use in social services.

"Refugees tend to work at really high rates after a few years in the country," said Evans. "They're paying taxes like everybody else. I think it's a reasonably positive story."

That fits with what researchers at the U.S. Department of Health and Human Services found. They prepared an internal report this summer that showed refugees brought in $63 billion more in revenue than they cost between 2005 and 2014. The White House never released that report, which was leaked to The New York Times.

"There is an investment that you have to make to help them get acculturated to help them learn the language and learn the culture," said Miner. "But once they do, they are really committed to this country."

What Miner wonders is whether this country is committed to them.