Accessibility links
Gravitational Wave Detector In Italy Saw Wave Pass Through Earth In August The wave was generated by the merging of two spinning black holes, and took nearly 2 billion years to reach Earth. It is the fourth gravitational wave detection announced so far.

The wave was generated by the merging of two spinning black holes, and took nearly 2 billion years to reach Earth. It is the fourth gravitational wave detection announced so far. 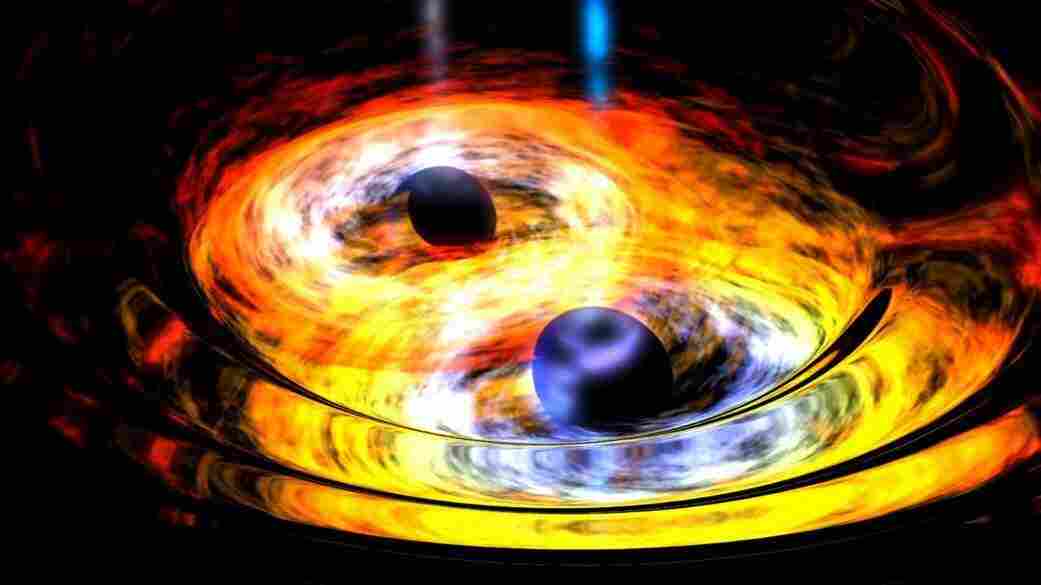 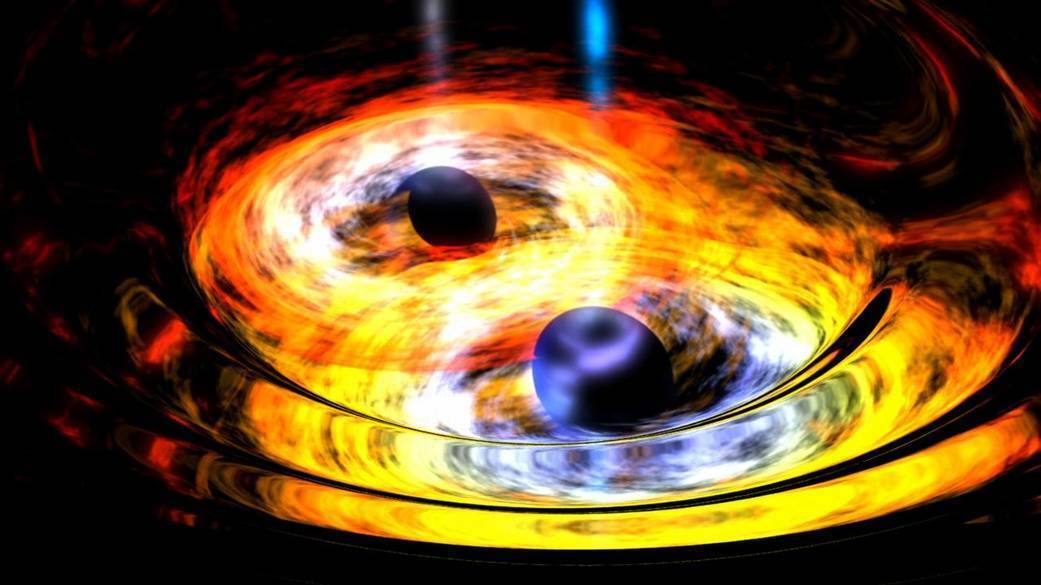 Here's a story we're just catching up on. Two billion years ago, two black holes dozens of times more massive than our sun merged. In doing so, they produced a gravitational wave. And today scientists announced that they detected that wave when it reached Earth six weeks ago. NPR's Joe Palca has more.

JOE PALCA, BYLINE: Gravitational waves are sometimes called ripples in space-time. Albert Einstein described their characteristics a century ago in his theory of general relativity. But they were only directly detected for the first time a year ago by a U.S. observatory called LIGO. The August 14 gravitational wave was the fourth gravitational wave detected by LIGO but the first by a detector called Virgo located in Italy. Physicists say having three detectors see the same wave is a good thing.

LAURA CADONATI: It serves as an additional confirmation, and it makes the significance of what we see even bigger.

PALCA: That's Laura Cadonati. She's a spokeswoman for LIGO. The additional significance is that with three detectors, physicists can tell more precisely where the gravitational wave is coming from and make additional measurements on the nature of the wave. Cadonati says several telescopes looked in the patch of sky where the August 14 wave appeared to be coming from but saw no flash of light produced by the collision of the two black holes - not that they really expected to.

CADONATI: Because black holes are not expected to emanate light. That's why they're called black holes, right?

PALCA: But Cadonati says some astronomical collisions would produce both light and gravitational waves.

CADONATI: The collision of two neutron stars or a neutron star with a black hole - that would be a very different matter.

PALCA: In fact, there are reports that a gravitational wave from just such a collision was detected a few days after the one from the colliding black holes, a collision that did produce light seen by telescopes. But LIGO researchers are keeping mum about that for now. Joe Palca, NPR News.