Accessibility links
Stream Kaitlyn Aurelia Smith's New Album, 'The Kid' Smith's kaleidoscopic song-cycle is a contender for electronic album of the year. Stream it now in its entirety. 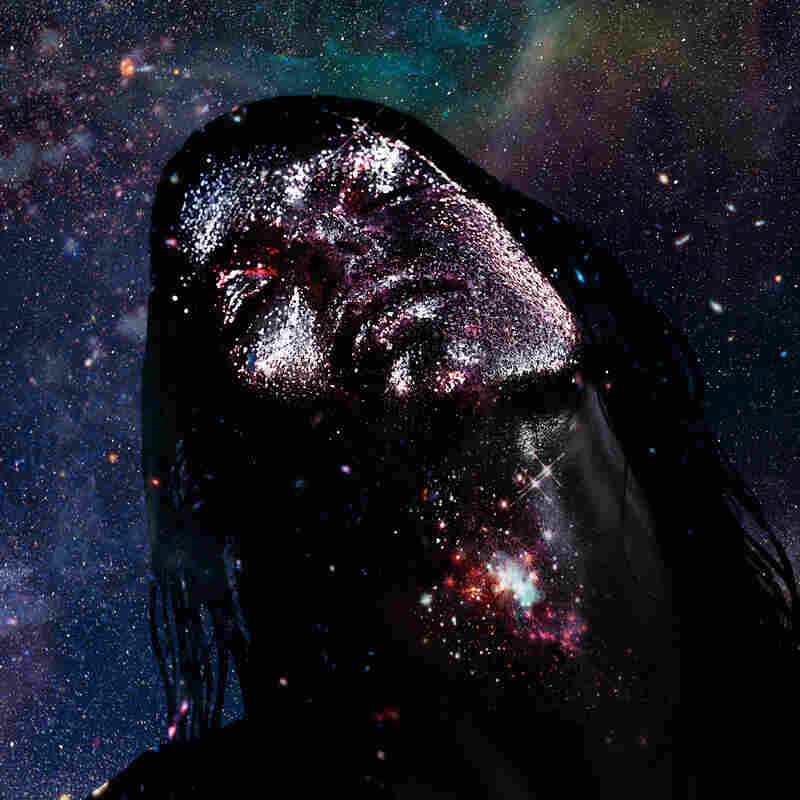 There are multiple ways in which Kaitlyn Aurelia Smith's fourth album, The Kid, feels like it was made specifically for the complicated times in which we find ourselves — as both salve and map. It's a beacon for the compositional and sonic place where less popular, contemporary music struggles to grow in the shadow of tradition; a respite from the end-of-days feeling reinforced by our social feeds; a re-up in the diminishing reservoir of faith through rethinking the balance of spiritual and physical needs. It's heady stuff.

The Kid sounds like a West Coast record that gazes Far East-ward for inspiration. Its kaleidoscopic song-cycle parses a new New Age and naturalist psychedelia, synthesizer maximalism and conventional chamber works, while voicing zen and the sub-conscience through a vocal processor. Its uplift and hope are never ever easy, and the 31-year-old Smith doesn't shrink from the responsibility her music intuits. On the chorus of "An Intention," among the album's stand-outs, she lays out one of its lasting koans: "An artisan knows what it takes / I feel everything at the same time."

Smith is uniquely qualified to dig in such complicated dirt. A home-schooled child of the Pacific Northwest who lived in a California ashram and mastered the digital editing program Pro Tools while still a teen, she decamped for Boston's Berklee College of Music to study classical guitar and composition, before finding her musical voice in the analog synthesizers of Don Buchla. (A secret hero of sorts, Buchla was a mid-century Bay Area engineer whose machines powered the work of San Francisco Tape Music Center composers such as Morton Subotnick, while also soundtracking a few of Ken Kesey's early acid tests.)

Smith's synthesizer experiments began with a couple of Bandcamp-released sketches of drones and oddities, then moved toward polyphonic bedroom minimalism (2014's sublime Tides). Soon enough, the instrument was no longer an end but a window unto more pop-oriented structures (2016's EARS could be an analog-universe Bjork album, and a cover of Sade's "By Your Side" from earlier this year is adult-pop heaven). Now, that synthesizer feels like a key to the world. The Buchla Music Easel is one of numerous synths on The Kid, which happens to be the first album on which Smith deeply incorporates other musicians (the flute, trumpet, cello and bassoon of Berlin-based new music collective Stargaze is nestled throughout the work). Yet, synth-inspired psychoacoustic sketches of sound are the album's abiding textures, and low-end is scarce.

At times, this gives The Kid a veneer of something approaching kitcsch. These simulated nature sounds, Pacific folk timbres (gamelan, bamboo percussion, endless chimes) and space-age effects of exotica have been a hallmark of many post-Cage West Coast composers who delved into primitive electronics or went to study the music of Asian cultures. Inside Smith's machines — or, more precisely, in her mixing board, since she works like a sculptor and a collagist — all these sounds become part of a sonic mandala, with exactly the same feeling of impermanence-by-design.

So do Smith's lyrical streams, which, also for the first time, flow through most of the album's songs. In her rarely rhyming lines, moods change, egos are unloosed, waves are ridden and then consume the rider. Contradictions are embraced and then celebrated. Even the meaning of Smith's words, their very sound, appear to be mutating in situ. For example, do the lyrics of "In the World" (which sounds like a less-fragile, music box song before turning into a beatless techno track) invoke "the gut" or "the guide"? The lyric sheet says one, the ears recognize another, and, for those who believe in the human body's inherent powers amidst universal energies, both are the same.

When Smith and I spoke about The Kid in mid-September, she said that among the album's primary thematic influences is the recognition of the four age-based stages of life (ashrama) in Hindu dharma. These texts are ancient and foundational, and may even be the constitutional lifeblood of what's at work here. Yet, in its title, its musical process, its escape from rigidity, The Kid isn't so much a re-affirmation of existing hierarchies, but about using the sturdy base to build new castles. On "I Will Make Room For You," one of album's digital baroques, Smith intones, "I want for you to feel your best, the best in [this] mess." It's easy to imagine it as a gently radical call-to-arms.