Accessibility links
As Scrutiny Of Social Networks Grows, Influence Attacks Continue In Real Time Trolls, bots and other mischief aimed at shaping the U.S. information environment have continued long after the presidential election even as Washington focuses on Facebook and Twitter. 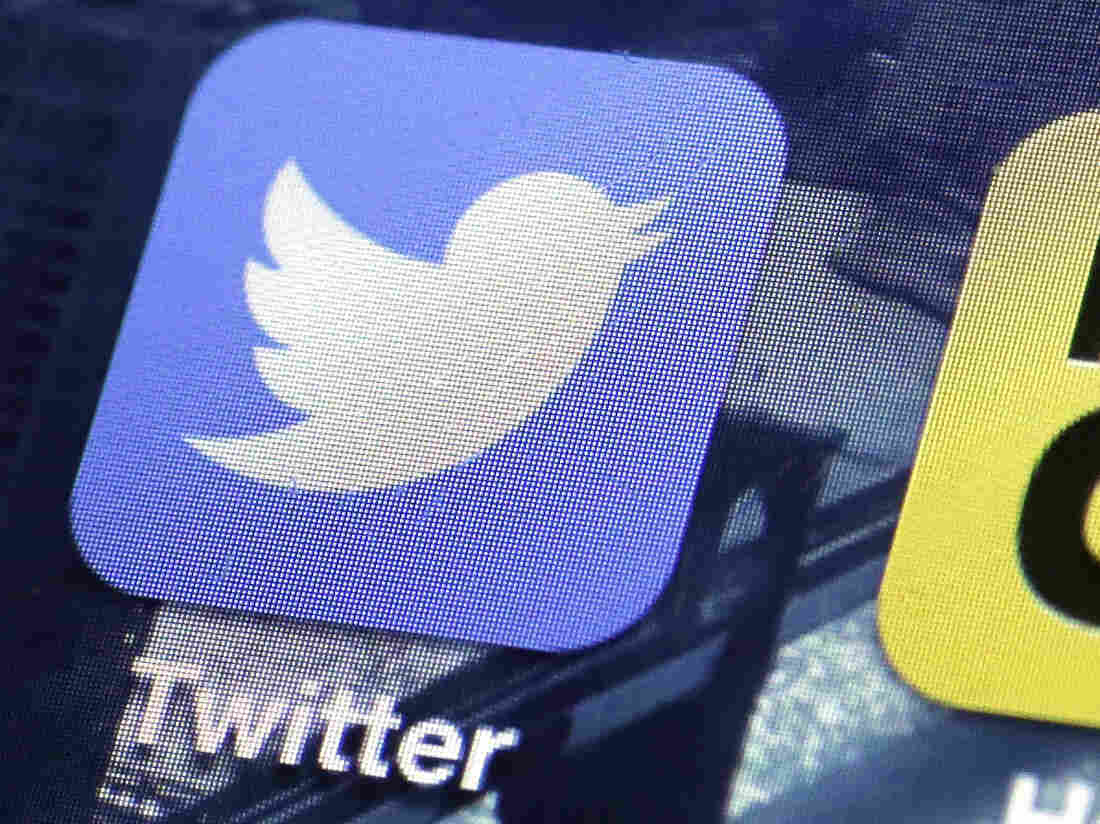 Twitter officials are expected to meet with Senate Intelligence Committee investigators. Staffers want to know about the use of fake accounts, bots and trolls to influence the trends and topics on the social platform. Richard Drew/AP hide caption 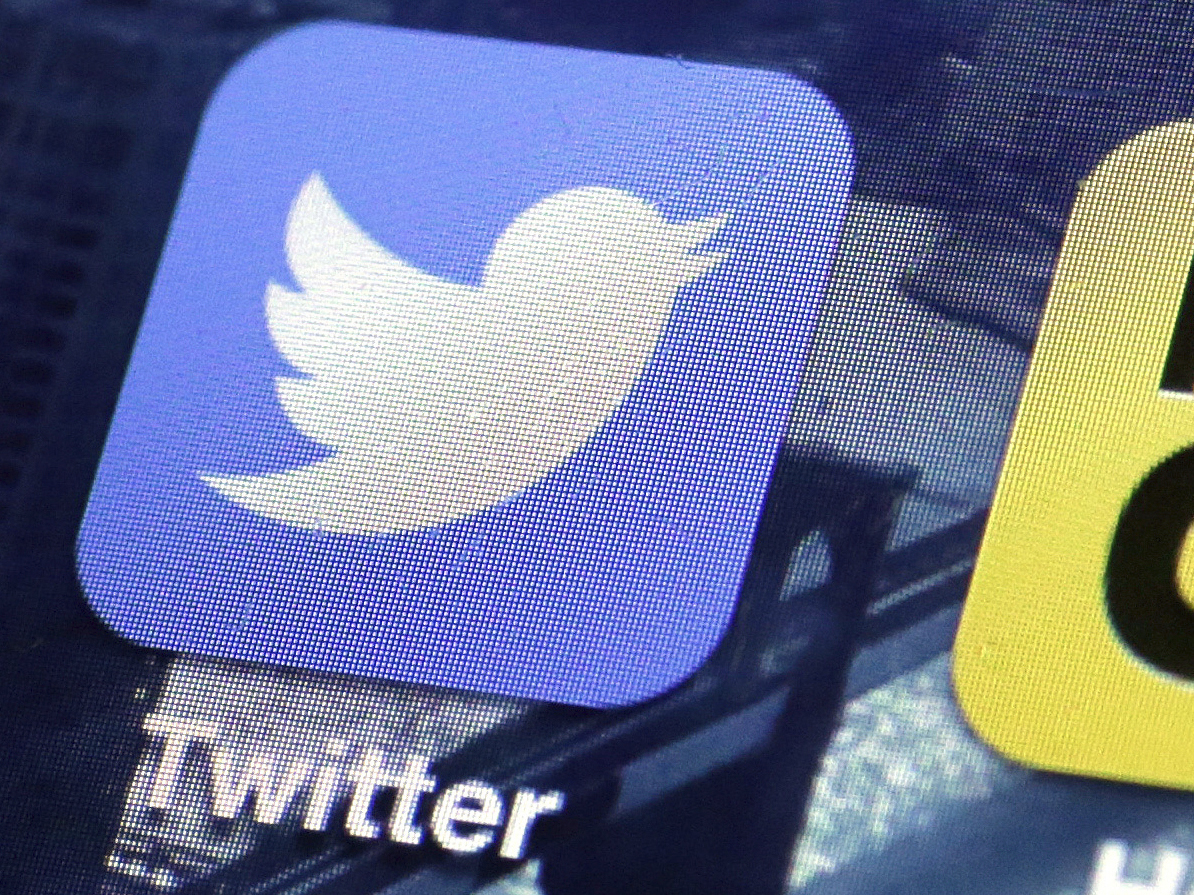 Twitter officials are expected to meet with Senate Intelligence Committee investigators. Staffers want to know about the use of fake accounts, bots and trolls to influence the trends and topics on the social platform.

The presidential election is long past, but online attacks aimed at shaping the U.S. information environment have kept right on coming.

This week brought a slate of fresh examples of ways in which users — some of them demonstrably Russian, others not — continue to try to use Facebook, Twitter and other platforms to jam a crowbar into existing American political divisions and wrench them further apart.

Oklahoma's Republican Sen. James Lankford cited the ongoing national debate over free speech and protest in the National Football League, which has set players who want to call attention to police brutality — and are demonstrating by kneeling during the national anthem — against President Trump and cultural conservatives.

"We watched, even this weekend, the Russians and their troll farms, their Internet folks, start hashtagging out 'take a knee' and also hashtagging out 'boycott the NFL,' " Lankford said at a hearing of the Senate Homeland Security Committee on Wednesday.

"They were taking both sides of the argument this past weekend and pushing them out from their troll farms as much as they could to just raise the noise level in America and make a big issue seem like an even bigger issue as they're trying to push divisiveness in the country," he said.

That's the very same modus operandi that Senate Intelligence Committee investigators and others have detected in Russian influence-mongers' use of Facebook last year.

Moscow's intelligence agencies not only used secret cyberattacks to steal and leak information, as the U.S. intelligence community concluded. The Russians also openly bought ads on Facebook aimed at amplifying the most controversial issues in American political life — including abortion, guns and LGBT issues — and used fake accounts to spread disinformation and even organize real-life rallies.

Facebook has denied it was aware that anything like this was taking place at the time. The company is turning over the content of about 3,000 Russian-linked ads to Congress and participating in the ongoing investigations into the election interference.

But Facebook has also acknowledged that as it investigates the way its network was used last year, it could find more examples of influence attacks.

Facebook's head of product policy and counterterrorism, Monika Bickert, said on Wednesday that the network's current practices offer a "powerful tool" for combating influence operations: requiring joiners to use their real names.

"That means that if you set up a Facebook account and you use 'Mickey Mouse' as your name, we will try to detect that and certainly, if it's reported to us, we will look to see if that's your real name," Bickert said at an event in Washington.

"We may ask you for identification. And if we determine that the account is fake, we will remove it. ... The ads that we've been talking about, the reason that we removed those was because they were coming from inauthentic accounts," she said.

The House and Senate Intelligence Committees both have convened hearings next month at which members are expected to ask representatives from Facebook, Twitter and Google about the influence operations.

Twitter officials also are expected to meet with Senate Intelligence Committee investigators behind closed doors on Thursday. Staffers want to know about the use of the "hashtagging" that Lankford described, as well as the use of fake accounts, bots and trolls, to influence the trends and topics on Twitter.

"Russia, like its Soviet predecessor, has a history of conducting covert influence campaigns focused on US presidential elections that have used intelligence officers and agents and press placements to disparage candidates perceived as hostile to the Kremlin," the U.S. intelligence report said.

But what is new, as Director of National Intelligence Dan Coats and other leaders have told Congress, is the intensity of the operations and their breadth across the Internet.

They're so broad, in fact, they're aimed across the West. Russian influence-mongers also targeted Germany's recent election with an attempt to boost the results of an alternative, anti-immigrant party.

In another example, NPR found a troubling pattern in Facebook comments that appeared in response to its own news stories about Germany, including the recent presidential elections and the country's influx of refugees.

Those postings drew immediate floods of angry comments about immigrants, Syrians and how they are "ruining" Germany. Many commenters returned to reply multiple times to the same threads, working the social network's system for elevating certain comments to the most visible positions.

"I will never visit Germany again," writes one commenter on a recent NPR post. "Many of my friends don't want to go either. Hundreds of YouTube videos showing the violence."

"Millions and millions of men from violent third world cultures which do not know democracy — well, this is not going to end well," the same commenters wrote in a long reply thread.

While it's not uncommon to see vigorous debate among NPR's followers, an NPR editor discovered that many of the posts came from suspicious accounts — ones that showed their users had no friends, no photos, no personal posts or the other normal characteristics. NPR reported the accounts to Facebook, whose administrators took down many of the comments.

NPR receives some financial support from Facebook to provide video content on the site. So, in fact, do nearly all other big news organizations in the United States.

Facebook reaches about 68 percent of U.S. adults and has become one of the single most important purveyors of information from news organizations — just some of the reasons why it has attracted so much attention in the aftermath of the election interference.

Former President Barack Obama thought the problem so serious he took aside Facebook CEO Mark Zuckerberg last year to prod him about how seriously to take the spread of disinformation, The Washington Post reported.

Obama's successor also appreciates the magnitude of the social network: Trump used his own favorite channel, Twitter, to pile on against Facebook on Wednesday by accusing it of being "anti-Trump."

The post may also have been a reference to accusations by conservatives that they felt Facebook was suppressing their viewpoints, a complaint Zuckerberg took seriously enough to host a delegation last year that included the commentator Glenn Beck.

Or it may have been an allusion to the power that Facebook, per Trump, imparts to news organizations he considers hostile, making the service itself just as much of a problem from his perspective.

Members of Congress, led by the Intelligence Committee's vice chairman, Sen. Mark Warner, D-Va., have broached the idea of new requirements for Facebook. That could include restrictions on the sales of ads to foreigners or at least more disclosure about the purchasers.

Lankford, on Wednesday, didn't address those questions in detail — but he didn't appear confident that anything might change influence operations soon.

"We've continued to be able to see that," he said. "We will see that again at our election time."