Accessibility links
A Modern Collaboration With Mark Twain In 'Prince Oleomargarine' Authors Philip and Erin Stead have turned 16 pages of Mark Twain's notes — on a serial bedtime story he wove for his daughters — into a new children's book, The Purloining of Prince Oleomargarine. 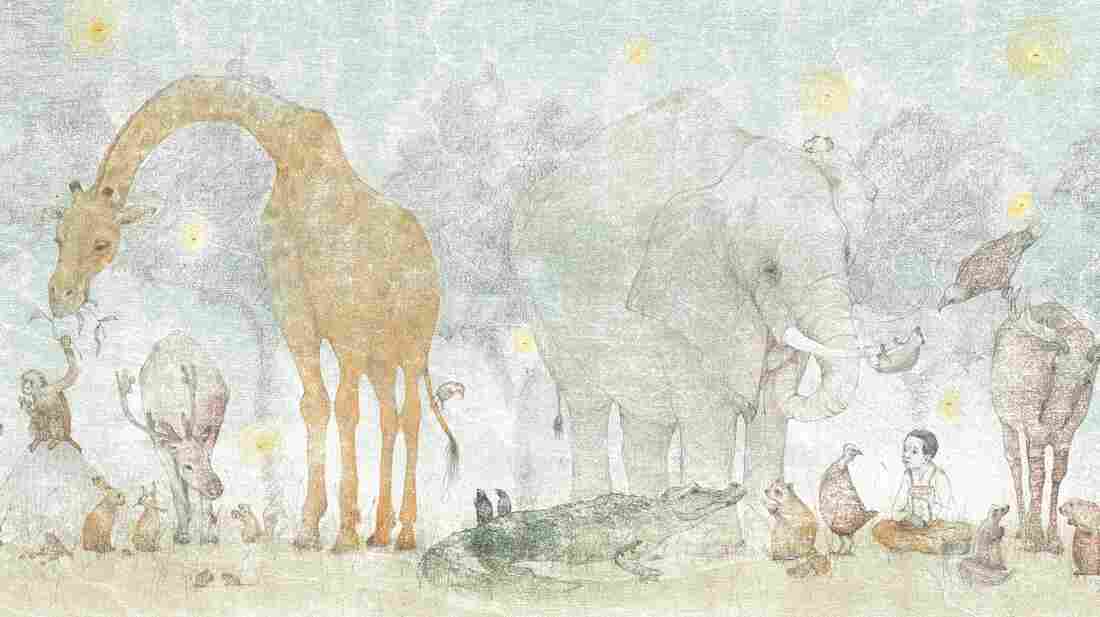 The Purloining of Prince Oleomargarine is based on notes for a story Mark Twain told his young daughters, about magical seeds and talking animals. Erin Stead hide caption 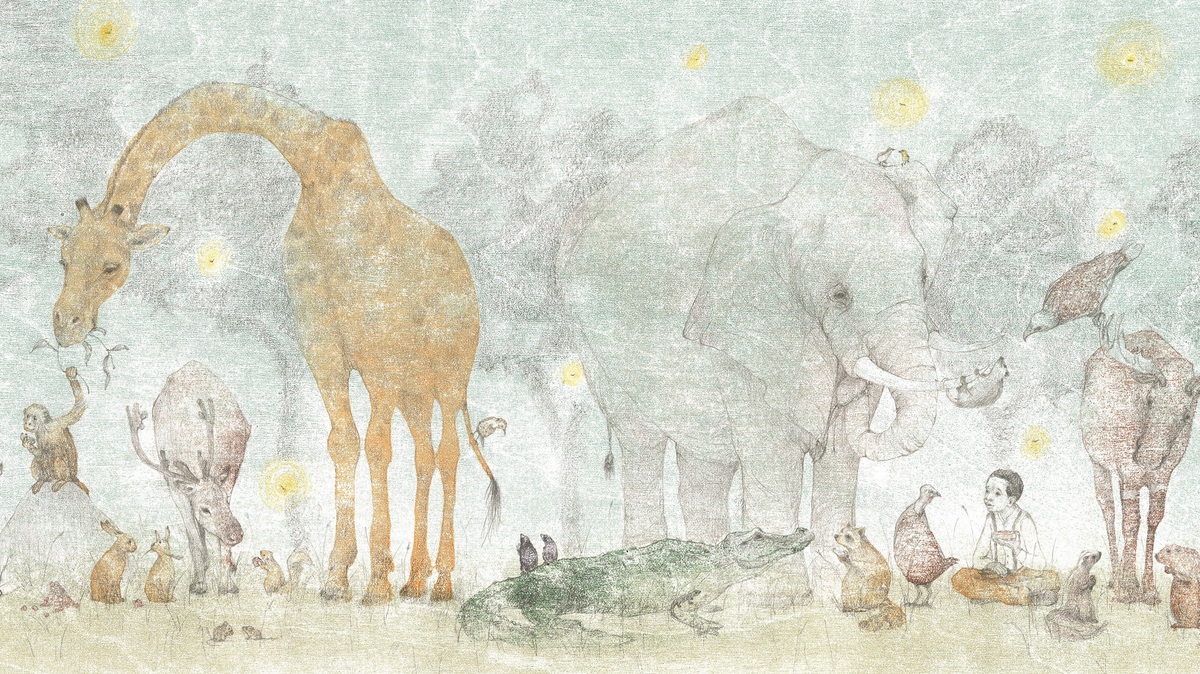 The Purloining of Prince Oleomargarine is based on notes for a story Mark Twain told his young daughters, about magical seeds and talking animals. 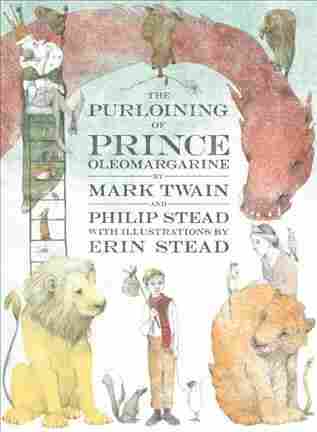 The Purloining of Prince Oleomargarine

This week Mark Twain has a new book out.

Yes, we know. He's been dead for more than a century, but that hasn't stopped him — or more accurately, his collaborators — from publishing a children's book, called The Purloining of Prince Oleomargarine. It's based on 16 pages of notes, handwritten by Twain and discovered in an archive, in Berkeley, Calif.

Philip and Erin Stead took it from there; the Caldecott Award-winning author-illustrator duo picked up Twain's trail and finished the story.

"It was never entirely clear to us if there was never an ending, or if Twain just never got around to writing it down," Philip Stead says. "That said, we had to make a book, so we had to provide an ending to the story."

So the Steads left their own mark on the story, changing some of the original's magical animals — and making the young hero, Johnny, black.

On their changes to the text

Philip: I think there are ... at least two ways to approach this project. One was to try to predict the exact way that Mark Twain would have told this story in 1879.

Erin: I think we were hesitant to do that, particularly because you'd fail right away. We had to be able to feel like this was a collaboration, because the story was told orally, through the course of an amount of time that we weren't even aware of. It would have changed and ebbed and flowed, and I think that's how Phil approached how we would tell the story on our end.

On making Johnny black, despite the lack of textual evidence

Philip: Well, I think it would be a little bit ridiculous for there to be textual evidence; I'm not sure why that would have existed in the notes in the first place. That said, again, we were treating Twain as if he were a living person, and as if he were a person collaborating with us in the year 2017, not in the year 1879, and I think anybody who's studied Twain knows that he was certainly progressive, but he didn't necessarily begin progressive. And he evolved and changed over time, and because of that, I think if Twain could have lived through the 20th century and now into the 21st century, he would make his choices a lot differently than he may have earlier in his career.

Erin: To be honest with you, it was one decision within a myriad of other decisions, and he was the kid I saw. And I think we're talking about it right now, particularly because we're living in a very politically charged time at the moment. 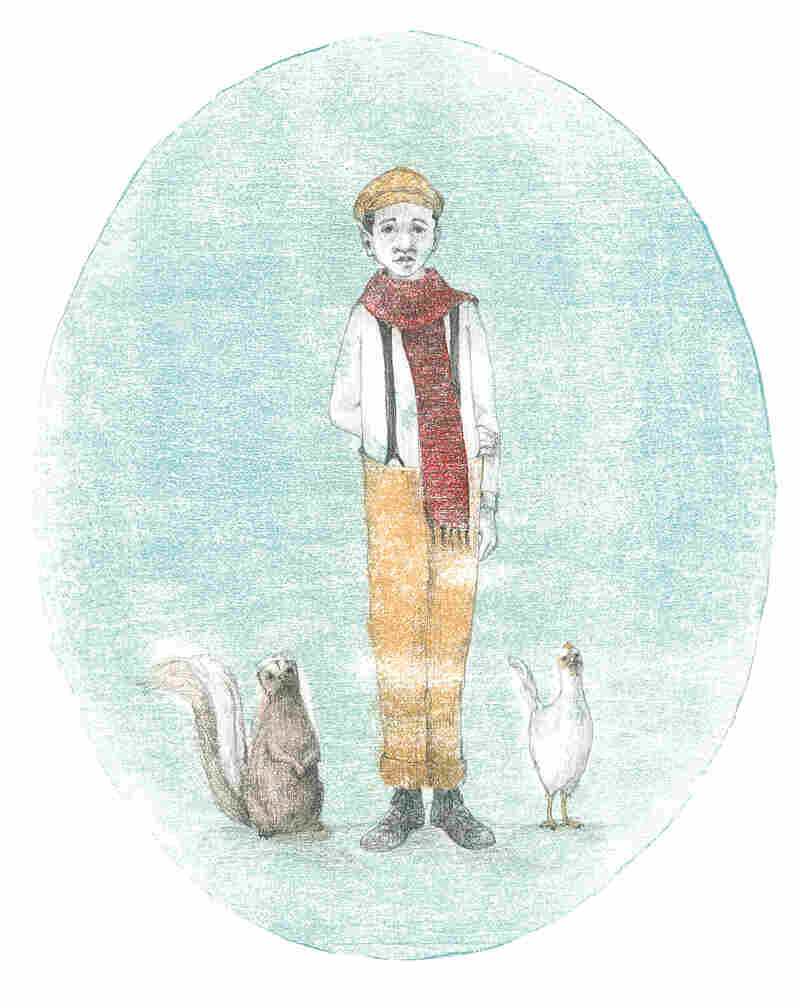 Philip: Three years ago, when we began the project, it wasn't a political decision. The character of Johnny was based in part on a real boy that we know. That said, I think it's very unfortunate that if we had chosen a white character as the main character, I'm not sure that we'd be answering these questions. I don't think that white children, and white people in general, are asked to be symbols of anything, and for some reason, people of color are often asked to be symbols, and they're not necessarily allowed to just be characters within a story.

Philip: I hope they would have liked it. There's a fantastic quote from Susy Clemens, who I think may have been Mark Twain's favorite daughter, and in one particularly poignant passage of her biography that she wrote of her own father, she wrote, "I have wanted Papa to write something that reveals something of his kind and sympathetic nature." And those are the things, those are the elements that really need to exist in any excellent piece of children's literature. And so those are the things that we tried to help Twain bring into this book.

Erin: I think if we had set this book out to please Mr. Twain, that we would have failed, and I think we knew that from the get-go. And I think he'd be happy to be published today, and I think that he'd grumble that we collaborated with him, because we're not qualified — and we're not. But I think that we were qualified to make Susy happy, and so that's how we approached the book.