Accessibility links
After Scuffle, Census To Add Sexual Orientation Question To Marketing Survey The U.S. Census Bureau's advisory committee members raised concerns over a proposal to remove the question from a marketing survey for the 2020 Census. 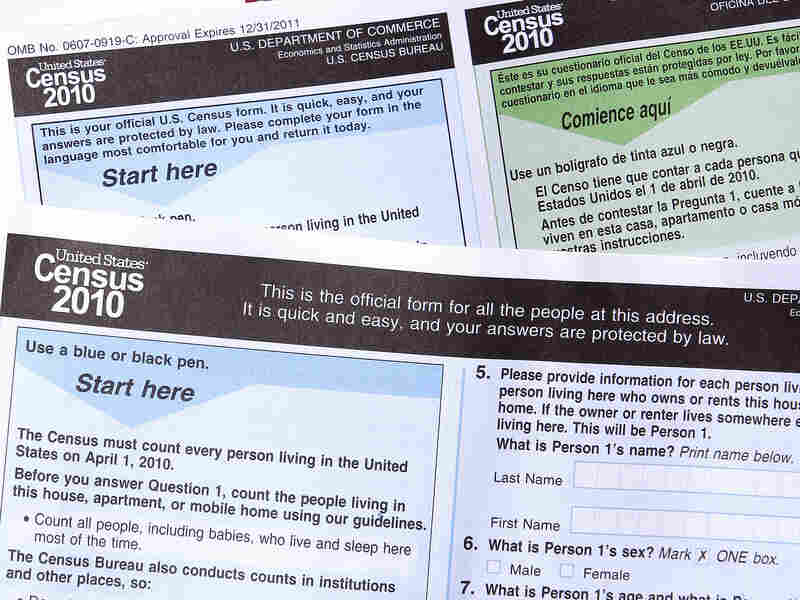 Copies of the 2010 Census forms are on display in Phoenix. The U.S. Census Bureau is no longer considering removing a question on sexual orientation from a marketing survey for the 2020 Census. Ross D. Franklin/AP hide caption 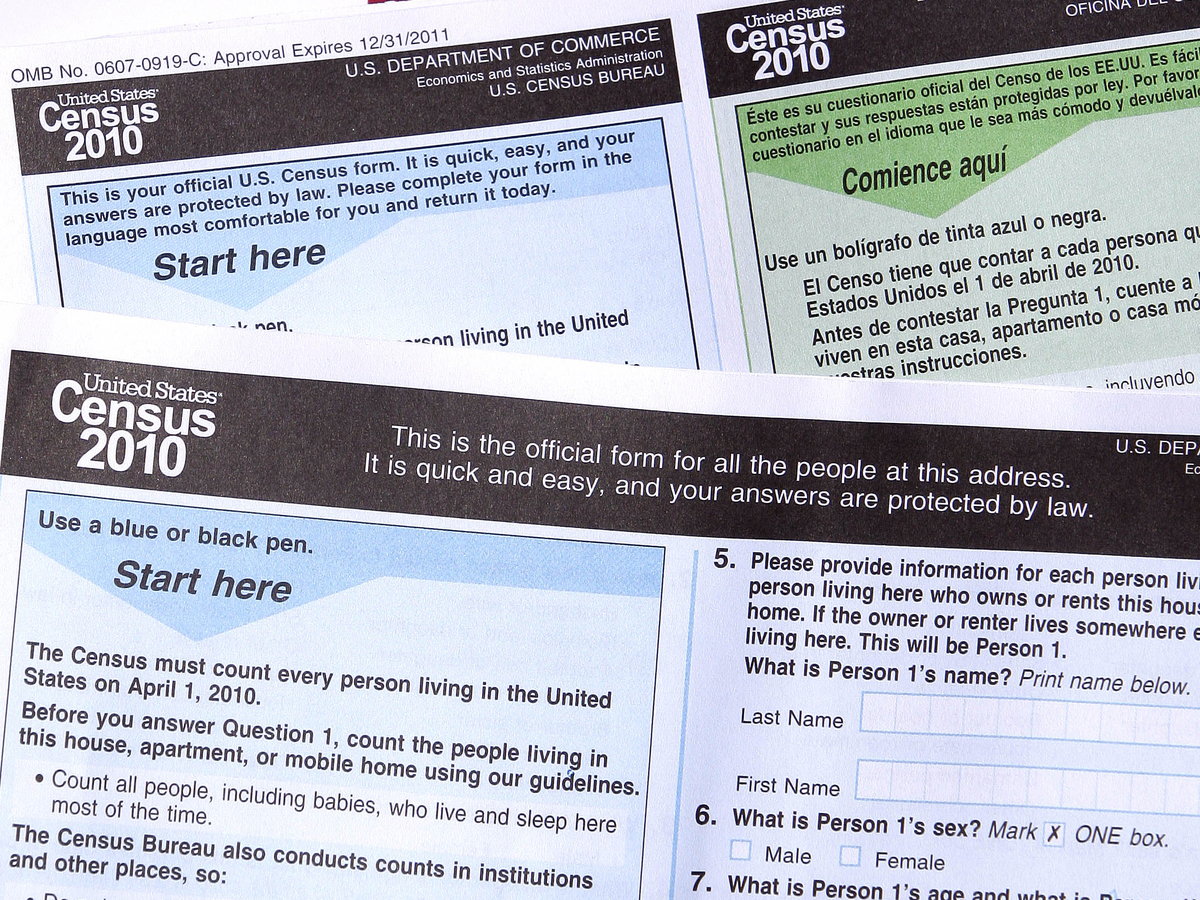 Copies of the 2010 Census forms are on display in Phoenix. The U.S. Census Bureau is no longer considering removing a question on sexual orientation from a marketing survey for the 2020 Census.

After an outcry from advisers to the U.S. Census Bureau, the federal agency is no longer considering a proposal to remove a question about sexual orientation from a marketing survey for the 2020 Census.

Members of a working group of the bureau's National Advisory Committee on Racial, Ethnic and Other Populations on a conference call on Tuesday with bureau staffers raised concerns after learning about the proposal to change the draft questionnaire for the Census Barriers, Attitudes and Motivators Survey, or CBAMS, according to meeting minutes obtained by NPR.

Responses to this survey help the bureau craft its marketing campaign to encourage different segments of the U.S. population to participate in the 2020 Census. The survey's questions try to gauge why certain people — especially among what the bureau considers "hard-to-count" populations, such as racial and ethnic minorities, unauthorized immigrants, and the lesbian, gay, bisexual and transgender community — do not participate.

The bureau first commissioned this marketing survey in 2008 for the roll-out of the 2010 Census. In preparation for the 2020 Census, the bureau published a Federal Register notice in August to collect public comments on a new draft questionnaire, which included for the first time a question about the respondent's sexual orientation.

On the conference call with advisory committee members, Census Bureau staffers struggled to explain why the bureau would get rid of the question, according to interviews with four of the advisers on the call.

"The rationale wasn't there at all," says Hassan Jaber, executive director and CEO of the Arab Community Center for Economic and Social Services in Dearborn, Mich.

Meghan Maury, policy director for the National LGBTQ Task Force, says she and other advisers were surprised after Census Bureau staffers disclosed the proposal on the call. Not including the question, Maury says, could hinder the bureau's outreach efforts to the LGBT community and lead to an incomplete count for the 2020 Census.

NPR also spoke with two advisers on the call from Asian Americans Advancing Justice in Washington, D.C. — John Yang, the advocacy group's president and executive director; and Terry Ao Minnis, director of the group's census and voting programs. They echoed the concern about the proposal.

Two days after the conference call, the bureau released a statement to NPR saying that the question on sexual orientation "remains a part of the initial set of proposed survey questions. Given the sample size of the CBAMS, the expected response rate, and the percentage of the U.S. population that is LGBT, we would expect the survey to yield a sufficient amount of data upon which to make statistical inferences."

NPR has sent questions to the bureau about who proposed to remove the question and why, but they have been left unanswered. It is also unclear when the survey questions will be finalized.

The bureau's decision about the marketing survey comes six months after it sparked controversy for declaring there was "no federal data need" to ask about sexual orientation and gender identity on the largest survey in the U.S., the American Community Survey, despite requests for LGBT data from at least four federal agencies.

Democratic Sen. Tom Carper of Delaware and Sen. Kamala Harris of California — both members of the Senate committee with oversight of the Census Bureau — have requested an explanation for the bureau's decision. The bureau's response is more than three months overdue. In a written statement to NPR, the bureau's spokesperson, Michael Cook, wrote, "We fully intend to reply to this inquiry. Our response will be submitted to the [senators] once it has been properly reviewed."

Still, Maury says she is concerned about a pattern of recent proposals at multiple federal agencies, including the Department of Health and Human Services, to remove questions about sexual orientation from federal surveys.

Maury says while she is "excited" about the Census Bureau's latest decision, the scuffle is a reminder that "we can't stop watching for a single moment."