Accessibility links
Supreme Court Justice Neil Gorsuch Criticized For Speech At Trump's D.C. Hotel Justice Gorsuch speaks Thursday to a conservative group at the Trump hotel in Washington, D.C. Critics say doing so doesn't look good because the hotel is at the center of multiple lawsuits. 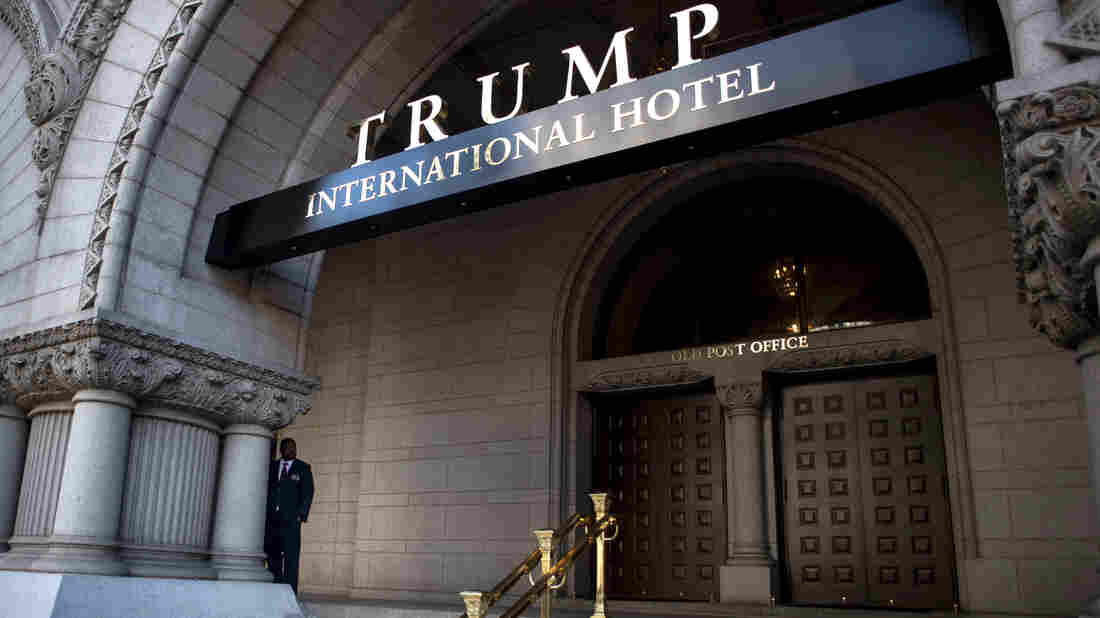 An exterior view of the entrance to the Trump International Hotel at the Old Post Office Building in Washington, D.C. Gabriella Demczuk/Getty Images hide caption 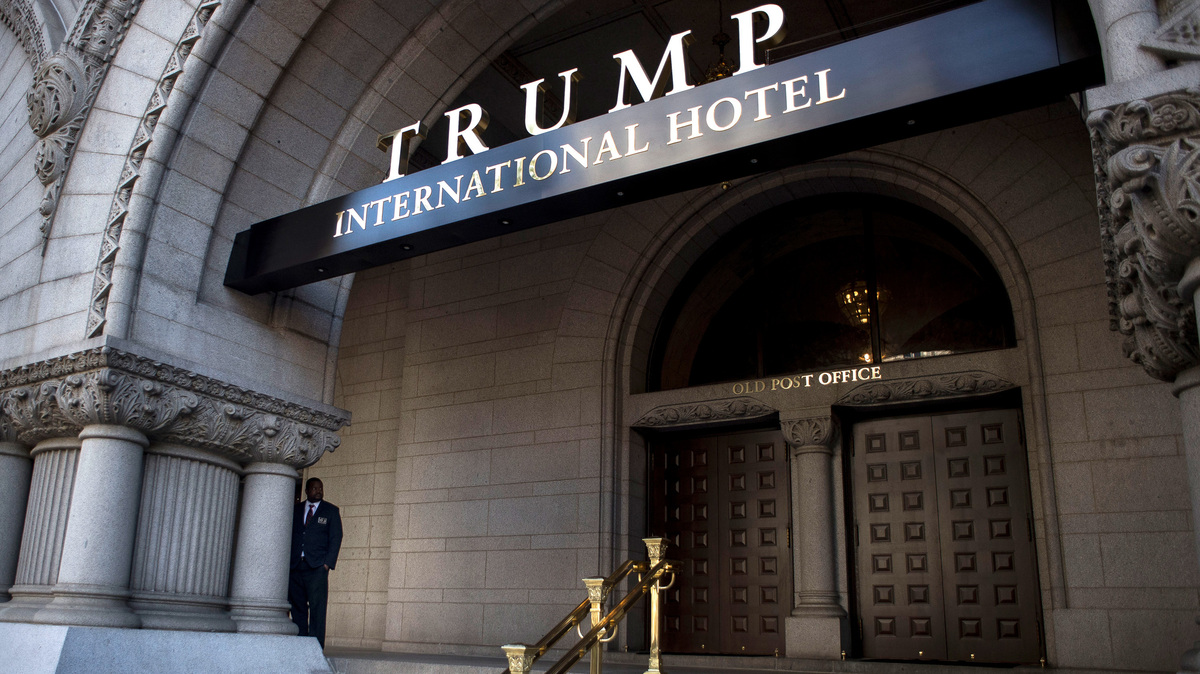 An exterior view of the entrance to the Trump International Hotel at the Old Post Office Building in Washington, D.C.

When the Fund for American Studies wanted a venue to celebrate its 50th anniversary, it picked President Trump's luxury hotel in Washington, D.C., just blocks from the White House.

"We did not select the hotel because we were trying to send a message of support to President Trump, as some have suggested," says Roger Ream, the president of TFAS. "We just thought it was a new elegant hotel and we'd try it."

Ream, who says his organization favors limited government and free markets, booked the hotel in January, shortly before Trump's inauguration. Then in June when it came time to pick the event's keynote speaker, it approached Trump's Supreme Court appointee, Justice Neil Gorsuch.

"He's new to the court, not many people have had the opportunity to hear him speak, and I was impressed that he was a strong believer in originalism, which is something we emphasize in several of our programs," says Ream.

Ream notes that the invitation letter to Gorsuch specifically said the luncheon would be held at the Trump hotel. But he says the event is not being used to solicit donations from the 180 invited guests — a criterion set by Gorsuch before he accepted the invitation.

Still, profits from the food, drinks and parking for the luncheon will go to the Trump hotel. The president has moved his interests in the hotel to a revocable trust — but he is the sole beneficiary.

Elizabeth Wydra is the president of the Constitutional Accountability Center, a nonprofit Washington think tank that is representing more than 200 members of Congress suing Trump, in part, over the Emoluments Clause. That provision of the Constitution prevents a president from receiving benefits or payments from a foreign government. Wydra says Gorsuch's decision sends all the wrong signals.

"He's helping a conservative organization put money into the pockets of the president who put him on the bench. And that doesn't really give a strong sense of independence from that president," says Wydra, who believes Gorsuch's speech at the Trump hotel seems like a sign that he is prejudging issues that involve the Trump administration that could potentially land before the Supreme Court.

"You have the Trump hotel at the center of at least three lawsuits filed against President Trump for violating the Constitution's Foreign Emoluments Clause ... it's certainly not a good look," she says.

But Stephen Gillers, an ethics professor at New York University Law School, says Supreme Court justices speak to groups with political affiliations all the time — and they're not violating any rules by doing so.

"No ethical document governs the behavior of a Supreme Court justice. They live in an ethics-free environment in so far as codes are concerned," he explains. Still, Gillers says the problem with Gorsuch speaking at Trump's hotel has more to do with optics.

"Just because you can do it, doesn't mean you should do it. We rely on judges to exercise discretion to refrain from doing those things they can do but should not do to encourage public trust," he says.

There have been calls for Gorsuch to back out of Thursday's luncheon, but he may be cutting his own path. Last week, he delivered a speech to the University of Kentucky. He was introduced by Senate Majority Leader Mitch McConnell, R-Ky., who helped shepherd Gorsuch's nomination through the Senate.

Gorsuch is also due to be the keynote speaker in November at an annual event put on by the Federalist Society — a legal group that provided Trump with names of potential Supreme Court nominees. Gorsuch was one of those names.