Accessibility links
Hugh Hefner On Early 'Playboy' And Changing America's Values In 1999, Hefner told Fresh Air that his magazine was a reaction to his own upbringing. "I believe and hope that Playboy [has] played some small part in changing the values ... of our time," he said. 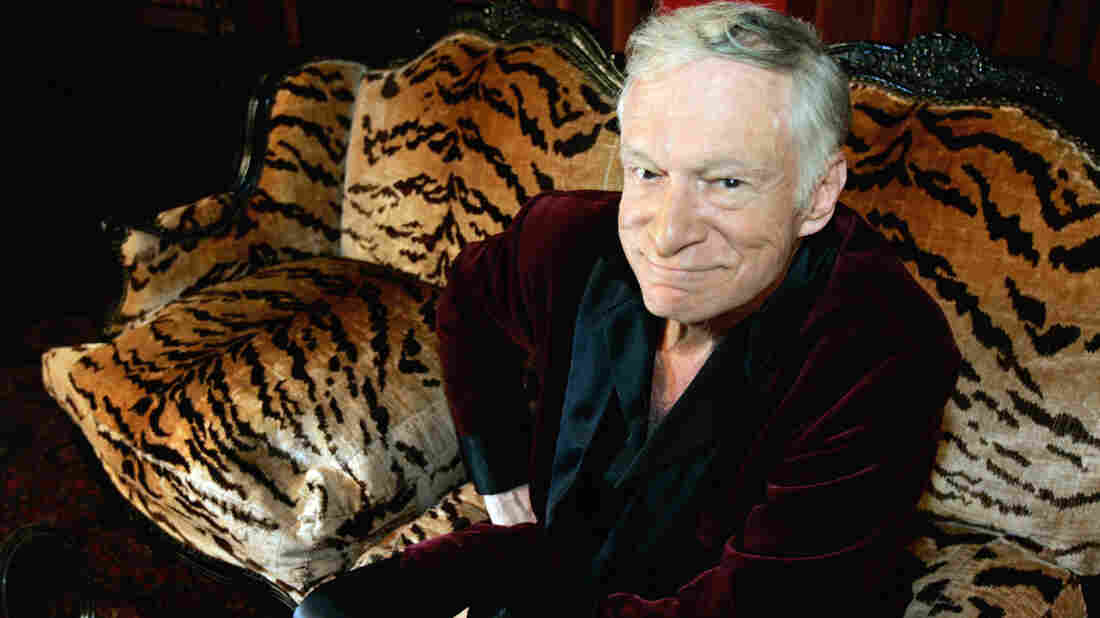 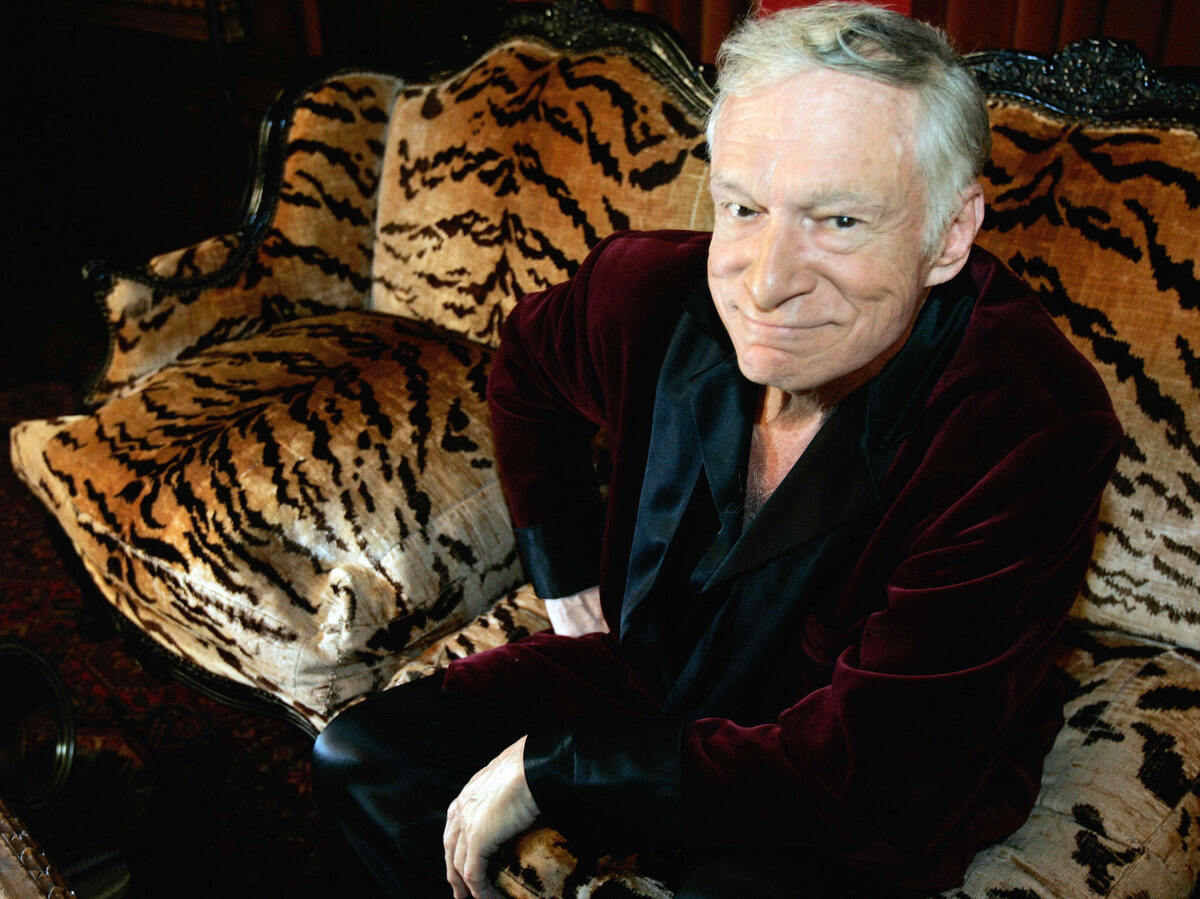 Hugh Hefner at his Playboy Mansion home in 2006.

Hugh Hefner, the founder of Playboy magazine, died Wednesday at his home, the Playboy Mansion. He was 91.

In 1999, Hefner told Fresh Air that his iconic magazine was inspired by his own repressive upbringing — he described his parents as typical "Midwestern Puritans."

"I saw things in growing up in my own home and in society around me that I felt were hurtful and hypocritical," he said. "... I believe and hope that Playboy [has] played some small part in changing the values — social and sexual — of our time."

First published in 1953, Playboy's pages mixed serious journalism and literary talent with titillating centerfolds. Hefner, meanwhile, seemed to live a life pulled straight from the pages of his magazine, with multiple girlfriends who were decades younger than he was.

Feminist critics pointed to the magazine — and to its founder — as the epitome of a culture in which women were expected to be naked, airbrushed and air-headed, but Hefner steadfastly maintained that the criticisms were misdirected.

"The women's movement, from my point of view, was part of the larger sexual revolution that Playboy had played such a large part in," he said. "The reality is that the major beneficiaries of the sexual revolution are women."

On what he initially wanted Playboy to be

Men's magazines in the period immediately after World War II were almost all outdoor-oriented. They were connected to some extent in the male bonding that came out of a war. ... And what I tried to create was a magazine for the indoor guy, but focused specifically on the single life; in other words, the period of bachelorhood before you settle down. And that magazine, or that concept for a magazine, was the revelation.

On launching Playboy with a naked photo of Marilyn Monroe, which he bought for $500

I was looking for some kind of a gimmick for the first issue. ... I thought about actually putting a 3-D pictorial in the magazine, and we actually shot it, as a matter of fact. Then I discovered that putting those 3-D glasses in each issue would be very expensive and something I couldn't afford.

'Playboy' Snaps Out Of Its Never-Nude Phase

And at the same time I was going through that, I discovered that the already famous Marilyn Monroe calendar picture — which nobody up to that time had seen — was owned by the John Baumgarth calendar company out of the West Side of Chicago, very close to where I grew up.

So ... I got in my beat-up Chevy and drove out there and met with John Baumgarth and talked him into letting me publish it in the very first issue.

On Monroe's reaction to the photo's publication

We didn't need her permission. The photos were shot by Tom Kelley, and those in turn — one of them, in turn — was sold to the calendar company. But it was her reaction, of course, that changed everything, and indeed, I think, was very key to her own successful career thereafter.

Her famous comment was, "I had nothing on but the radio." And that classic reaction in that very repressive time — because one must remember ... how really conservative the '50s were — for a major star to appear in the altogether and to treat it in such a casual way with humor was a revelation, and a very welcome one.

On developing the Playboy bunny emblem

Originally it was going to be a stag, and it was a stag right up to just weeks before publication. As a matter of fact, the illustration ... for the very first issue was a stag. And at the very last minute we simply had the cartoonist draw a rabbit's head and paste it on top of the stag.

So if you look very closely at that the picture, the first rabbit actually has a stag's hoofs. So with the rabbit as our emblem, when we got to the point in 1960 of opening the first Playboy Club ... one of our executives suggested the possibility of a bunny costume. We tried it out, and I made some modifications — added the cuffs and the bow tie and collar — and the bunny was born.

On the critics who felt he was objectifying women

For a long time, I didn't have the language to respond to those accusations. ... I really felt as if it was an attack from the rear.

The enemy, it seemed to me, prior to that was clearly the right wing and, you know, Moral Majority and the puritan part of society. When it came from what was called the liberal left, specifically as a part of the women's movement — when the women's movement became anti-sexual, it was a very confusing time for me then. It isn't now. ...

That point of view is understandable in the context of male-female relations historically. ... It is women who have traditionally, historically been given non-human roles, perceived as simply the daughters of Eve, perceived as either Madonna or whore. And I think that it is the sexual revolution that plays one part in female emancipation.