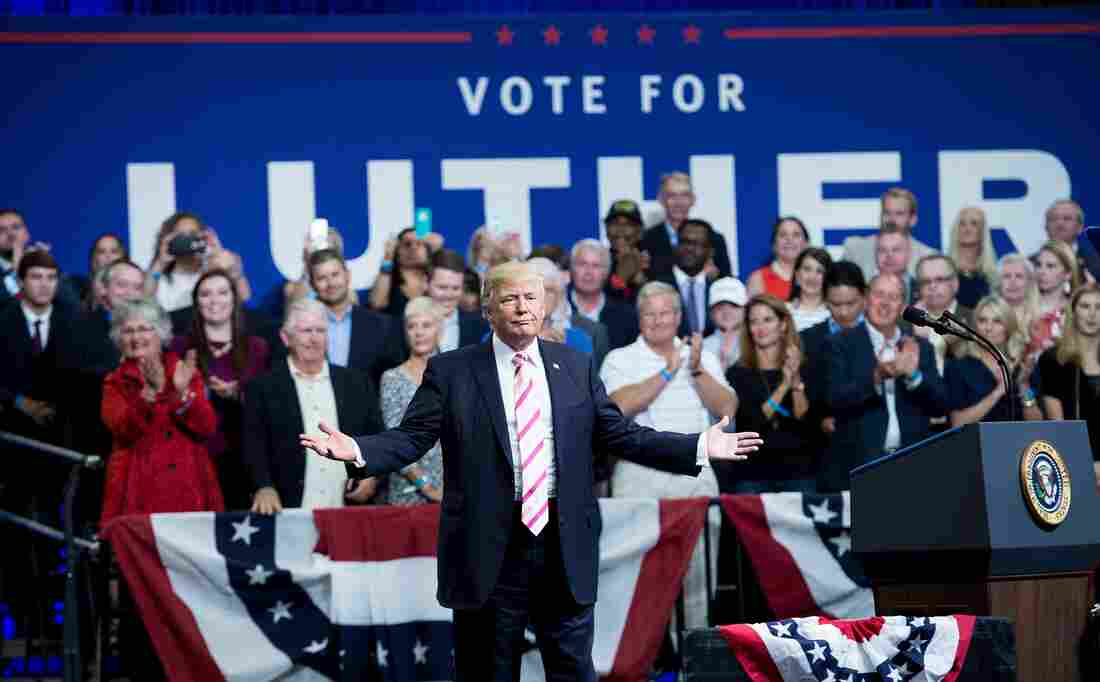 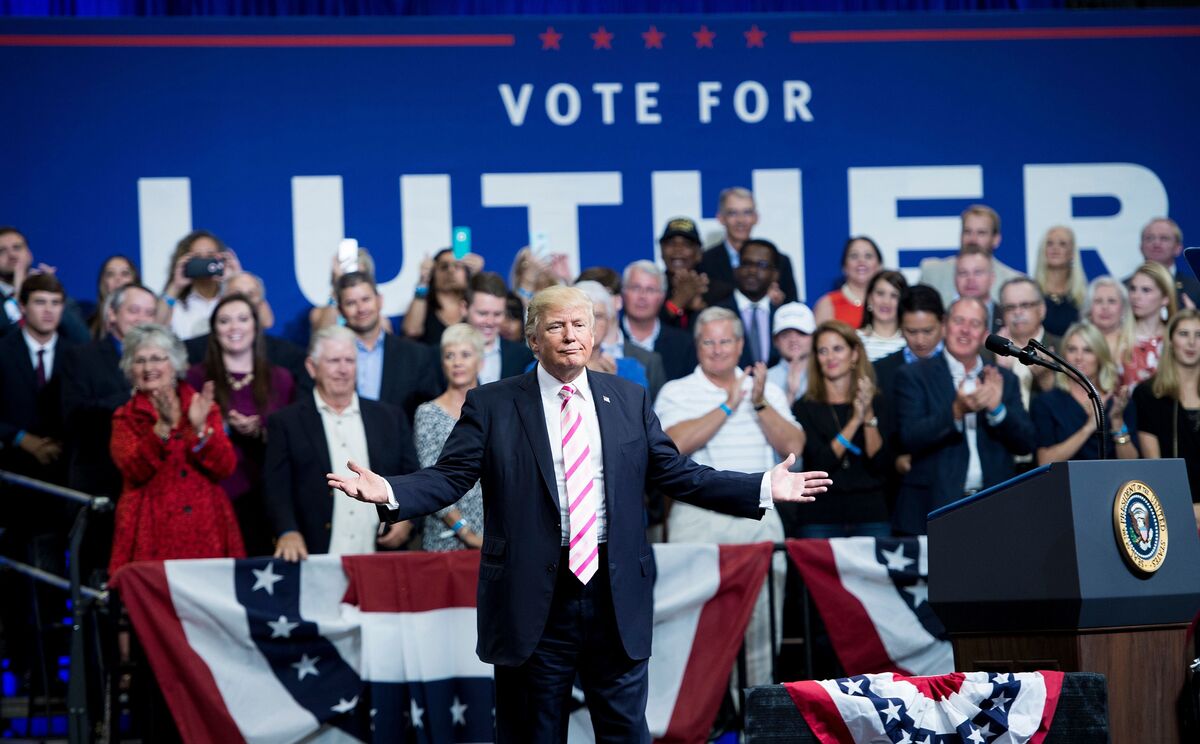 President Trump holds a rally for Alabama Republican Senate candidate Luther Strange on Sept. 22 in Huntsville, Ala. After Strange lost the primary race, Trump's tweets promoting him were deleted.

After the candidate whom President Trump backed in Tuesday's Alabama Senate primary, Luther Strange, lost to Roy Moore, Trump summarily deleted several tweets he had made in support of Strange. However, they were archived on ProPublica's Politiwhoops website.

Among them: "Luther Strange has been shooting up in the Alabama polls since my endorsement. Finish the job-vote today for "Big Luther"

And: "ALABAMA, get out and vote for Luther Strange-he has proven to me that he will never let you down!#MAGA"

It's not clear why Trump (or someone on his behalf) acted to attempt to remove the evidence that he backed Strange. The president had been very vocal in his support for Strange, including holding a rally in Alabama on Sept. 22. And while on the Internet nothing is ever really deleted, Trump's actions to remove the tweets from his feed have raised some legal questions.

In June, two government watchdog groups, the National Security Archive and Citizens for Responsibility and Ethics in Washington, brought a lawsuit against the Trump administration in part for deleting other tweets, arguing it was in violation of the Presidential Records Act.

According to the website of the National Archives, which administers the act, it places "the responsibility for the custody and management of incumbent Presidential records with the President."

At the time the lawsuit was filed, CREW Executive Director Noah Bookbinder said that "by deleting these records, the White House is destroying essential historical records."

But the Alabama Senate tweets may be another matter. In an email, CREW Communications Director Jordan Libowitz said Trump can delete "purely political tweets," which he said are not covered by the Presidential Records Act.

However, Libowitz said Trump has been deleting a lot of tweets, and that "particularly as the government has acknowledged @realdonaldtrump tweets to be official statements, deleting those tweets which are not purely political would violate the [Presidential Records Act] if the tweets are not archived."

Lauren Harper of the nonprofit National Security Archive, which advocates for public access to government information, said Trump is the head of the Republican Party because of his position as president, and so there is not much differentiation between his role as party leader and as president in the instance of deleting his tweets about Strange.

Noting reports that at least six current or former White House officials used private email accounts for government business, Harper says the deletion of the Strange tweets "is part of a larger pattern" of the Trump administration's not taking record keeping seriously.

Following the email reports, press secretary Sarah Huckabee Sanders said on Tuesday, "All White House personnel have been instructed to use official email to conduct all government-related work."

Many of the tweets Trump has deleted are to correct typos. The night of the Alabama race, for example, Trump congratulated Moore and initially told him to "WIN in Nov." A new tweet later corrected that to "in Dec," when Alabama will hold its general election.

There was also the "covfefe" kerfuffle in May, when Trump tweeted the mysterious nonword, which was retweeted more than 100,000 times before being deleted. In June, Rep. Mike Quigley, D-Ill., introduced the "COVFEFE Act of 2017" to officially make social media part of the Presidential Records Act.