Accessibility links
2 Viral Twitter Poets Are Rewriting The Book On Astrology Dorothea Lasky and Alex Dimitrov of Astro Poets want to bring astrology up to speed with shifting views of gender, sexuality and pop culture.

2 Viral Twitter Poets Are Rewriting The Book On Astrology

2 Viral Twitter Poets Are Rewriting The Book On Astrology 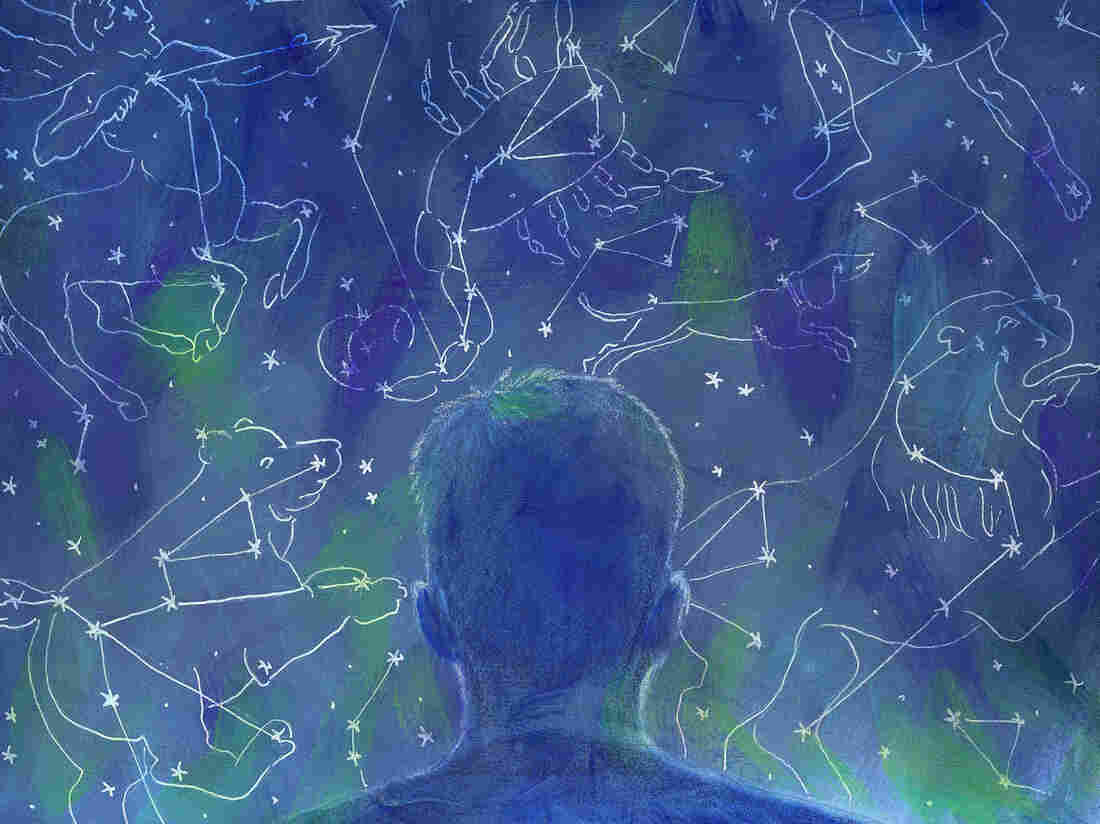 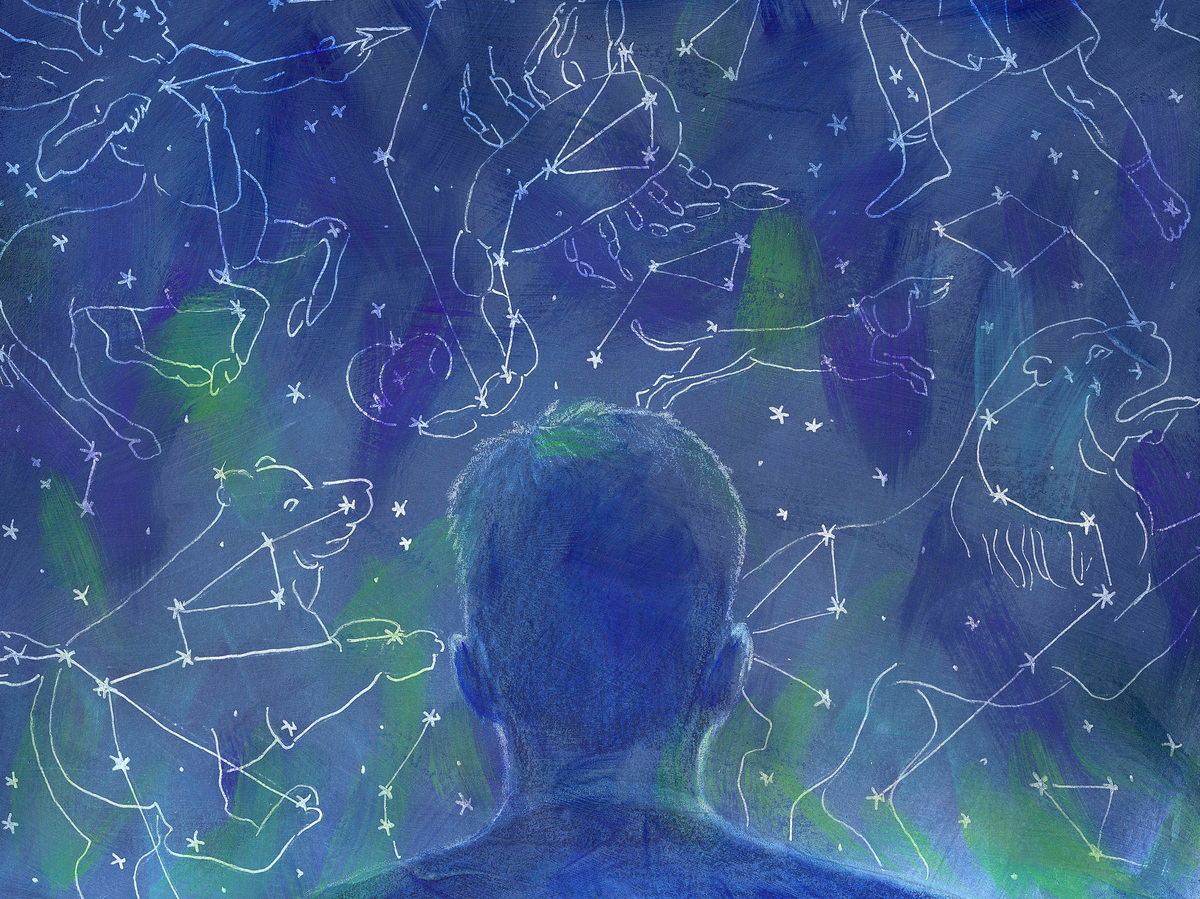 It started with a casual text conversation around Thanksgiving. Or maybe it was a Twitter poll about which zodiac sign to go on a date with that night. It depends who you ask.

Either way, New York City-based poets Dorothea Lasky and Alex Dimitrov — the voices behind the viral Twitter account "Astro Poets" — aim to change the way the Internet sees the zodiac.

A Sagittarius is no longer just the traveler who needs to watch his spending this week. He's the guy inviting everyone at gay pride to a party he won't show up to. He's the human equivalent of a cactus, or an apostrophe. Or the cigarette emoji.

Since creating Astro Poets last November, Lasky and Dimitrov have amassed a collection of more than 186,000 Twitter followers, a monthly advice column for W Magazine and — via their most recent announcement, a new book deal.

"We're really interested in a [Twitter] account that speaks to 2017, in addition to a kind of timeless astrological knowledge," Dimitrov says. "It seems foolish to think that astrology can't fit into how we communicate now, which is through pop culture, gifs."

Dimitrov says a key to their success is in understanding what makes each sign what it is — the way good novelists know what motivates their characters.

"I think we're definitely empathetic of all the signs, but we also sort of know how to read them in a very loving way," Dimitrov says. "You know, we read ourselves constantly on our Twitter, and it's part of the fun."

In addition to the pair's grasp of pop culture and the zodiac, Lasky says there's something in their background as professional poets that resonates with people on the Internet.

"There must just be something about the way we're interpreting it, our brand of humor," she says. "We have experience saying things not always funny, but maybe sad and funny, in short snippets and lines. Maybe that gives us a skill already that, when people read it, they're attracted to."

Lasky suspects some of Astro Poets' popularity also stems from an especially grueling news cycle over the past year, and people's need for a distraction.

"Like looking up an old boyfriend or whatever. There's all kinds of bad ways you can do stuff on the Internet, but I think we just kind of provide this levity," she says. "People are celebrating being who they are and being made fun of, and it's just a really nice feeling."

Friend: And then I just shut down for no reason
Virgo: pic.twitter.com/sYtjyV4Hh4

Astro Poets has been on Twitter for a little less than a year. And recently, joining the fold of emoji horoscopes and off-the-cuff tweets about first dates, is a bigger goal: giving modern astrology a full, cultural update.

Per an announcement in Elle Magazine in July, Astro Poets will soon be available on bookshelves and coffee tables. Dimitrov says it's something that followers have asked for since the beginning.

"[The book] is obviously going to be an in-depth look at the signs — who they are, how they interact. I just think it's an update on astrology," he says. "You know, gender has shifted since the '70s when astrology had a huge moment. Sexuality has shifted. So many things have shifted in our culture and our understanding of them.

"I think astrology does need this kind of update, and we're the people to do it."

Gender is still over. The zodiac is not.

Details of the Astro Poets book are still fuzzy — it's "a lot under wraps," as Dimitrov put it. Lasky says their plan for it mirrors the goal of their Twitter: to be a text people can use as an astrological reference, while also teaching more people the value in poetry.

"We want to sort of remind our followers that it's something that can speak to your life," Dimitrov says. "It's not just, you know, those really difficult poems or difficult sonnets you remember reading from high school."

Lasky emphasizes that while fans of their Twitter will enjoy the book, it's more than just a repetition of their tweets and advice columns. And although they couldn't give specific details on a timeline yet, Dimitrov says they're in the middle of writing it now.

"It'll be sooner rather than later, but it's not gonna be, like, next month. That'd make a pretty awful book," Lasky laughs. "But people can start getting excited about it. If they want to, I mean — no pressure."