Accessibility links
On NBC's Megyn Kelly, Authenticity And The Elephant In The Room Kelly's first week as host of NBC's 9 a.m. Today show was rocky. The former Fox News anchor has time to steady the ship, but the transformation she's seeking to make is a big one. 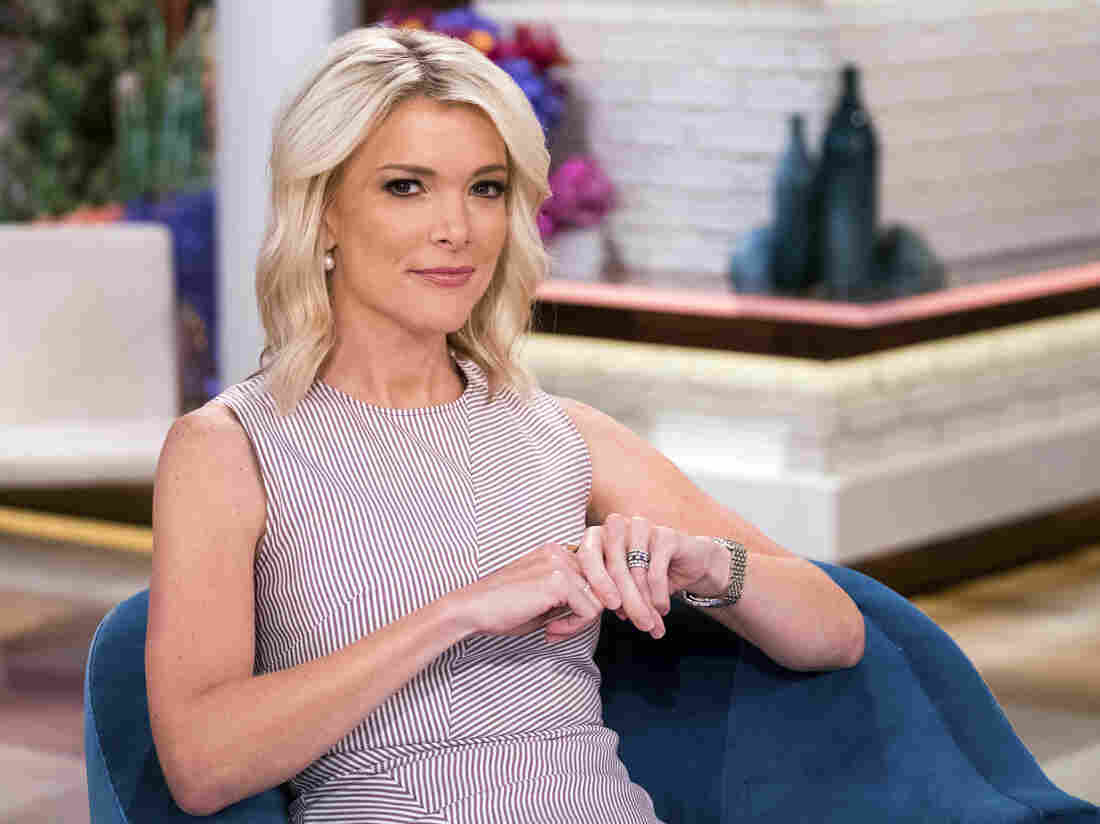 Megyn Kelly poses on the set of her new show at NBC Studios in New York. Her first week as host of the morning show was rocky. Charles Sykes/Charles Sykes/Invision/AP hide caption 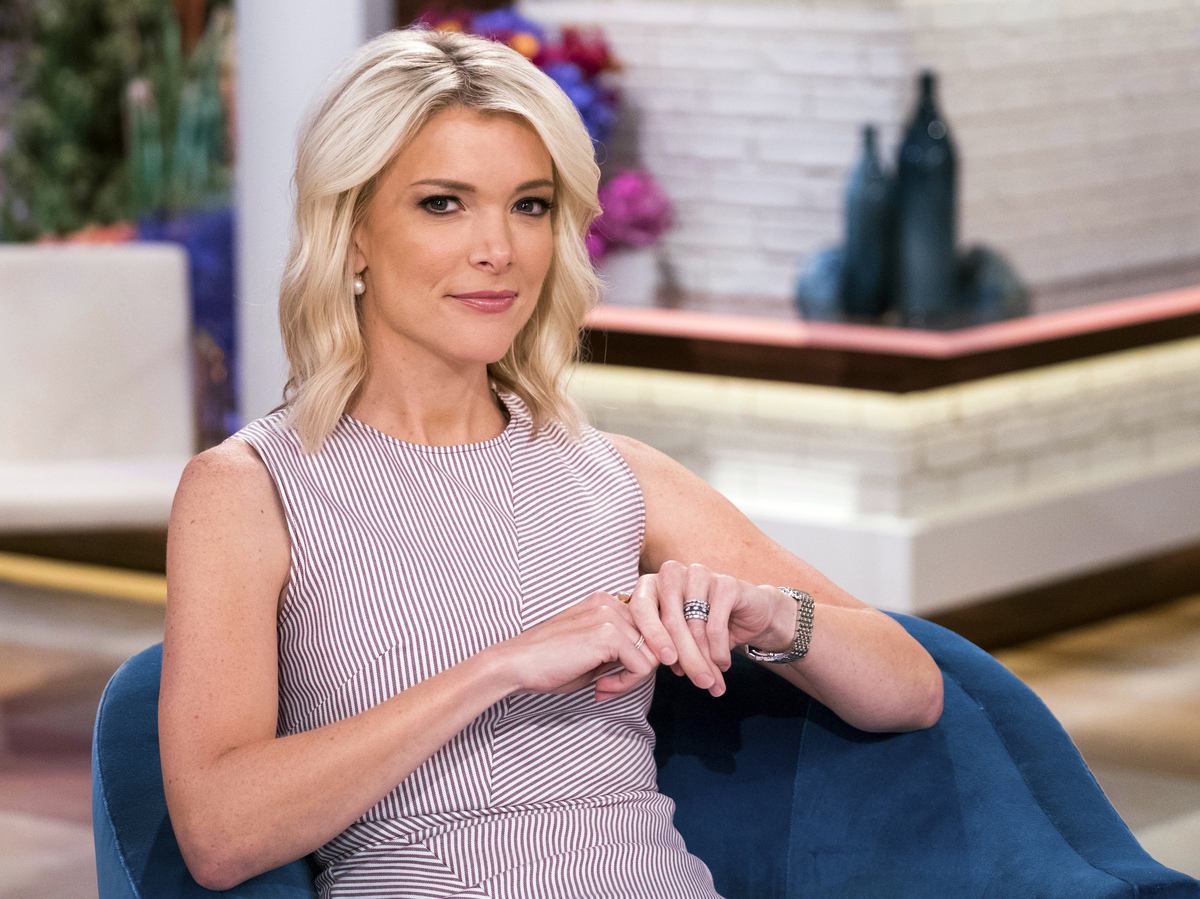 Megyn Kelly poses on the set of her new show at NBC Studios in New York. Her first week as host of the morning show was rocky.

In one of Megyn Kelly's first episodes as the newest, brightest star on NBC's Today show, a crewman audibly swore as he accidentally wandered into the path of the camera's live gaze. And yet his meaningless misstep was far from the week's most awkward moment.

In the space of just a few days, Kelly managed to alienate two celebrity guests — one of whom is a star in a sister NBC show. Otherwise, Kelly relentlessly pumped the network's shows and leveraged human interest segments as vehicles for promoting corporate sponsors, and sought to stress her role as a working mom.

It's fundamentally unfair to evaluate a show with any finality based on its first few episodes. Yet one should be able to get a sense of where it thinks it is headed. At the moment, the show is a bit of a jumble because of the profound transformation the host is attempting to make in the public eye.

There's no reason why Kelly cannot ultimately evolve from cable news inquisitor to morning show companion. And her initial ratings have been adequate, though far from spectacular. Yet it's not precisely clear yet why the audience will feel compelled to make it a habit to tune in.

Kelly made her mark as the keenly focused former attorney drilling down on political matters on Fox News's prime time. As a rule, Fox tends to drum empathy out of its biggest stars, except when useful for ideological or partisan purposes. Kelly tended to play to the right-leaning home team, but that said, she showed notable flashes of independence, especially when it involved matters of gender.

In August 2015, Kelly burst into total national consciousness with her tough-minded questioning of a presidential candidate at a Republican primary debate. Her question included this pungent lead-in: "You've called women you don't like fat pigs, dogs, slobs and disgusting animals ..."

That candidate turned his ire on her for months — and is now president.

Kelly left for NBC and has been eager to proclaim a new chapter and to shed Fox News, where she alleged she had been harassed by the channel's founder, the late Roger Ailes. (He had been privately advising Donald Trump during the primaries from his offices at Fox.)

In fact, Kelly recently declared she wanted to be done with politics. Yet it can be hard to draw clean lines, as we've just learned from White House attacks on NFL players' protests over episodes of police brutality toward black citizens. (Kelly told an audience member that she felt, as an attorney, both the players and the White House should have the First Amendment right to say what they thought.)

NBC brought over Kelly with great fanfare and a big payday, reportedly well in excess of $15 million a year. She's also fronting a Sunday night newsmagazine meant to compete with CBS' 60 Minutes.

The appeal of the job, however, is found in her new plum role on NBC's Today show franchise. She is now host of its 9 a.m. hour. This week, her first episodes duly whipped up her audiences for NBC's Saturday Night Live, Will & Grace and the newest installation in the Law & Order juggernaut. The true-crime miniseries focuses on the Menendez brothers, who made national headlines for killing their parents a generation ago. Kelly gamely conducted a phone interview with one of the brothers from the prison in which he resides and asked whether he experiences joy in his life.

Not all her interviewees this week experienced joy.

Hollywood stars Jane Fonda and Robert Redford joined Kelly to talk about their new movie. It was, for once, not an NBC corporate promotion, just an old-fashioned celebrity interview. Given the longtime liberal activism of each of the actors, Fox News would have been unlikely to approve such a booking. And Kelly stayed away from politics. She seemed to be trying to connect as a professional woman, starting by praising Fonda: "You've been an example to everyone in how to age beautifully and with strength."

And then it went off the rails, as Kelly inquired about Fonda's plastic surgery: "I read that you said you felt you're not proud to admit you've had work done. Why not?"

Fonda shot back, "We really want to talk about that?"

The audience laughed, but it masked a withering look from Fonda. Fonda later told Entertainment Tonight Canada that she was a little shocked by the question — wrong time, wrong place.

Will & Grace star Debra Messing told a fan on Instagram she regretted participating in interviews on Kelly's show, because of Kelly's joke that a superfan had become gay after watching the gay-themed show.

Let's not overlook the elephant in the room.

Ghosts of Fox News and its ideology hover over Kelly. That heritage is in some way part of her appeal to NBC News Chairman Andrew Lack. He is mindful of sister station MSNBC's liberal leanings and wanted to ensure that red state America would feel comfortable watching NBC News' most profitable program.

Yet in TV, as in Faulkner, the past is never quite dead.

And she found other ways to play to Fox's die-hard viewers. In 2010, she devoted hours of coverage to the threat posed by a tiny black hate group over voter intimidation that did not appear to intimidate any voters.

When Trump attacked her over the August 2015 debate, she became a lightning rod for criticism by conservatives, too. Now both sides are smacking her down for various elements of the week. Liberals snarked online over what they contend was a gaffe for her remarks on the Will & Grace fan. A conservative site founded by Fox's Tucker Carlson, The Daily Caller, denounced her for being insufficiently impressed with America's progress on gender equity. (Rather than a political stance, Kelly's remarks came off as an effort to connect with her predominantly female audience.)

From a television standpoint, however, the questions involve authenticity, connection and the logic of the show itself.

"It's been very exciting. It has been educational. I have been so delighted at the media response — no," Kelly said, stopping herself as the audience laughed. "But the viewer response has been awesome."