Accessibility links
Hugh Hefner: Looking Back At A Controversial Life Hugh Hefner died this week at the age of 91. NPR's Scott Simon says Hefner "made history, and then tripped over it." 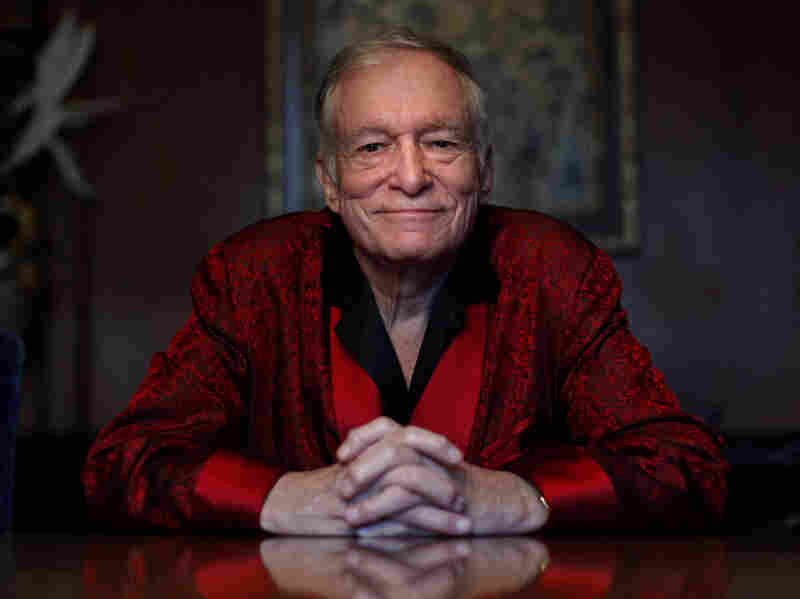 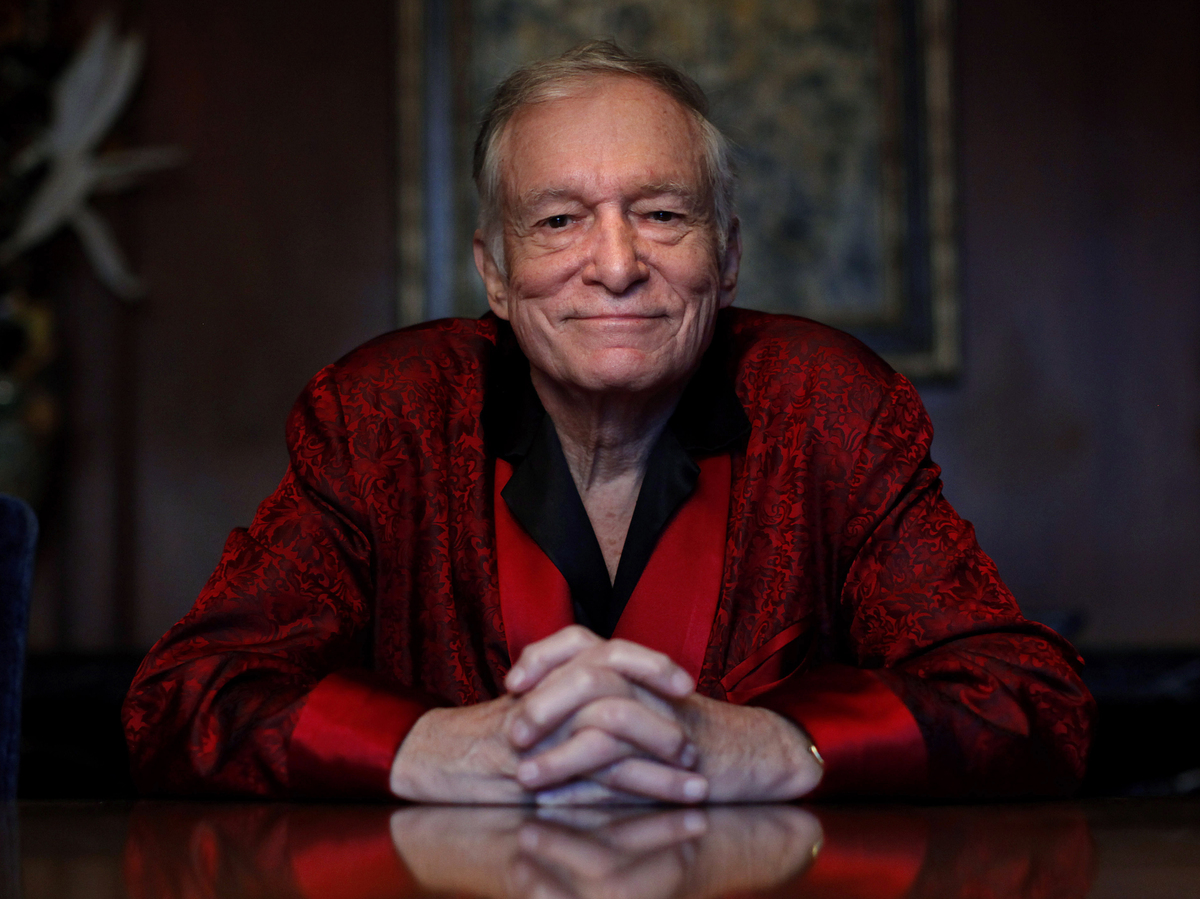 Hugh Hefner poses at the Playboy Mansion in Los Angeles in 2010.

Hugh Hefner made history, and then tripped over it. When I was growing up in Chicago, the formidable women who were my mother's friends considered Playboy a good place to work for a single woman. Women at the Playboy Club were well-paid, got chauffeured home in cabs, and customers — stars, politicians, even, it was rumored, spoiled Middle Eastern princes — were thrown out if they weren't gentlemen.

My Auntie Abba trained Playboy bunnies. When Gloria Steinem and others said the bunny costume, which wrenched a woman's bodice upwards, so her chest resembled ice cream scoops, were Exhibit A in the way Hugh Hefner made women into idealized sex objects, my Auntie Abba sniffed and said, "Well they wear some pretty ridiculous costumes at the Metropolitan Opera, too."

Hugh Hefner was considered progressive and hip, in a time of button-down shirts and bigotry. Playboy printed articles by Nobel laureates on the flip side of foldouts. Hugh Hefner hired the late Dick Gregory and other black comics to work the Playboy Clubs when nightclubs were largely segregated. He put long, crucial interviews with James Baldwin, Malcom X and Dr. Martin Luther King front and center in his magazine, when it had 7 million readers. He hired Lenny Bruce to play his clubs and paid his legal bills. He promoted jazz, and financed legal cases for free speech, civil rights and abortion rights.

Hugh Hefner saw the sexual revolution as a companion to the movements for civil rights and free speech. But this leading figure of the sexual revolution couldn't see the feminist revolution. Hef went from being acclaimed an icon of cool to being denounced an oppressive pig. The criticism wasn't just rhetoric. Bill Cosby allegedly raped several young women at the Playboy Mansion, where drug use was rife; numerous Playmates said they were abused, too.

Free nudity on the Internet ultimately diminished the Playboy empire. But its cachet of cool had long disappeared.

We talked about that when we profiled Hugh Hefner, on Playboy's 50th anniversary. He often sounded defensive, and called his critics prudes.

When the interview was over, I told him that he had known some members of my family, and Mr. Hefner brightened. He took me through his personal archives to go through photos, and even found a couple of my father. It was a gracious act, that seemed to bring him back to the time when he wasn't a controversial old figure in a mansion, but a hipster in a stodgy culture.

Hugh Hefner's life reminds us that the cutting edge can grow dull.