Accessibility links
The Russia Investigations: Sens. Burr, Warner To Give Update; Spotlight On Twitter Washington prepares to hear from the chairman and vice chairman of the Senate Intelligence Committee, more scrutiny for social networks and the Feds tell the states about cyberattacks — finally. 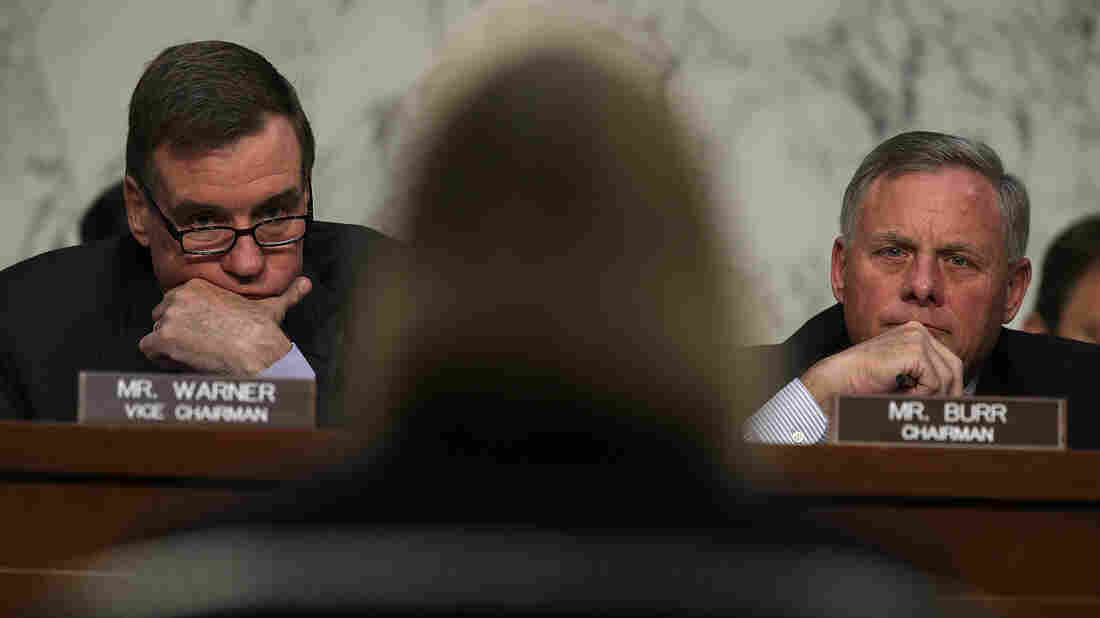 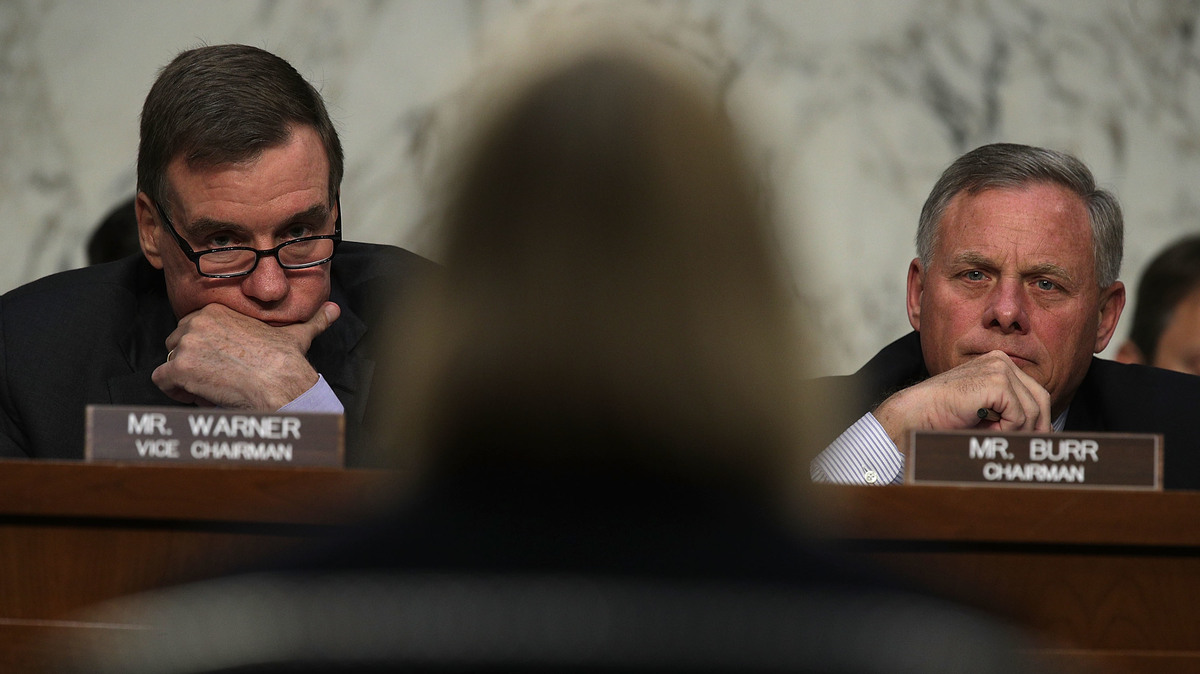 Last week in the Russia investigations: Washington gears up for the leaders of the Senate Intelligence Committee, Twitter gets its turn in the barrel and states learn at last about the extent of last year's attack.

D.C. waits to hear from Burr and Warner

Before we take a look back at the past week in the Russia imbroglio, a look ahead: The chairman and vice chairman of the Senate Intelligence Committee have scheduled a press conference for Wednesday.

Sens. Richard Burr, R-N.C., and Mark Warner, D-Va., haven't convened a public hearing of their committee for months — and that was to confirm nominees for intelligence agency jobs — so this will be the first chance in awhile to hear at length from both leaders together. Warner makes a lot of appearances on TV and in the press; Burr much less so.

Look for the two leaders to give the latest about their conversations with Facebook and Twitter. The two lawmakers have been frustrated by the lack of disclosure from the social media platforms about the way they were used by Russian influence-mongers to interfere with last year's presidential election. The Senate committee and its House counterpart both plan to convene hearings next month with the social platforms.

Warner, the Intelligence Committee's vice chairman, was not happy last week with what he heard from Twitter. Representatives for the microblogging service — which is much smaller than Facebook by every measure but still highly visible in key places — went to Capitol Hill to talk about what they've found so far. And, per Warner, it wasn't good enough.

"[T]he presentation that the Twitter team made to the Senate Intel staff today was deeply disappointing," Warner told reporters Thursday, per ReCode's Tony Romm. "The notion that their work was basically derivative, based upon accounts that Facebook had identified, showed an enormous lack of understanding from the Twitter team of how serious this issue is, the threat it poses to democratic institutions, and again, begs many more questions than they [answer]."

The use of Twitter as a medium for influence operations hasn't become a historical question. It continues in real-time even as members of Congress and Justice Department special counsel Robert Mueller try to piece together what happened in the election last year.

Russia Continues To Use Social Media To Influence Public Opinion In The U.S.

Russia Continues To Use Social Media To Influence Public Opinion In The U.S.

On Wednesday, Sen. James Lankford, R-Okla., invoked the ongoing national debate over free speech and protesting in the NFL, where some players have been taking a knee during the national anthem to call attention to what they call police brutality against blacks. That protest has brought about a strong reaction of its own from President Trump and conservatives, who call it disrespectful. And as Lankford pointed out, influence-mongers are using Twitter to turn up the volume as much as they can.

"They were taking both sides of the argument this past weekend and pushing them out from their troll farms as much as they could to just raise the noise level in America and make a big issue seem like an even bigger issue as they're trying to push divisiveness in the country," he said.

At the same time the use of fake accounts on Facebook to exacerbate division goes beyond the U.S. — there have been plenty of examples from the recent German election. More on that here from NPR.

Twitter says it gets all this. The company issued a long statement on Thursday that listed what it says it has been doing on these issues and said that in the coming weeks, "we'll be rolling out several changes to the actions we take when we detect spammy or suspicious activity."

The Department of Homeland Security had talked to those with "ownership" of targeted systems, as Pam writes — in some cases, private vendors or local election offices. But not the secretaries of state or other state-level officials whose jurisdiction included the cyberattacks. 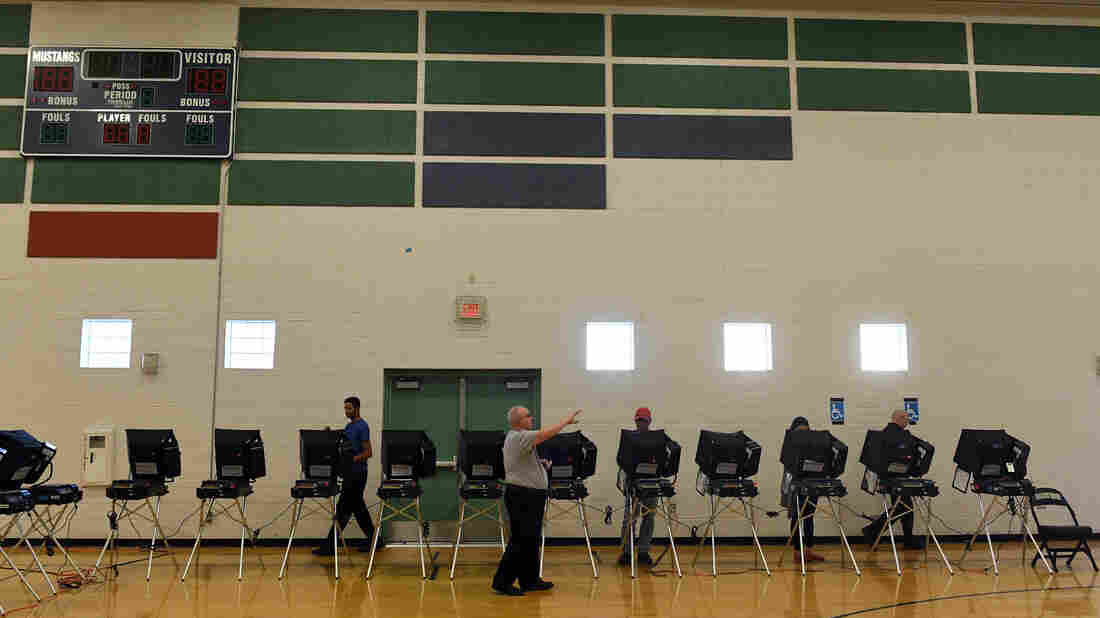 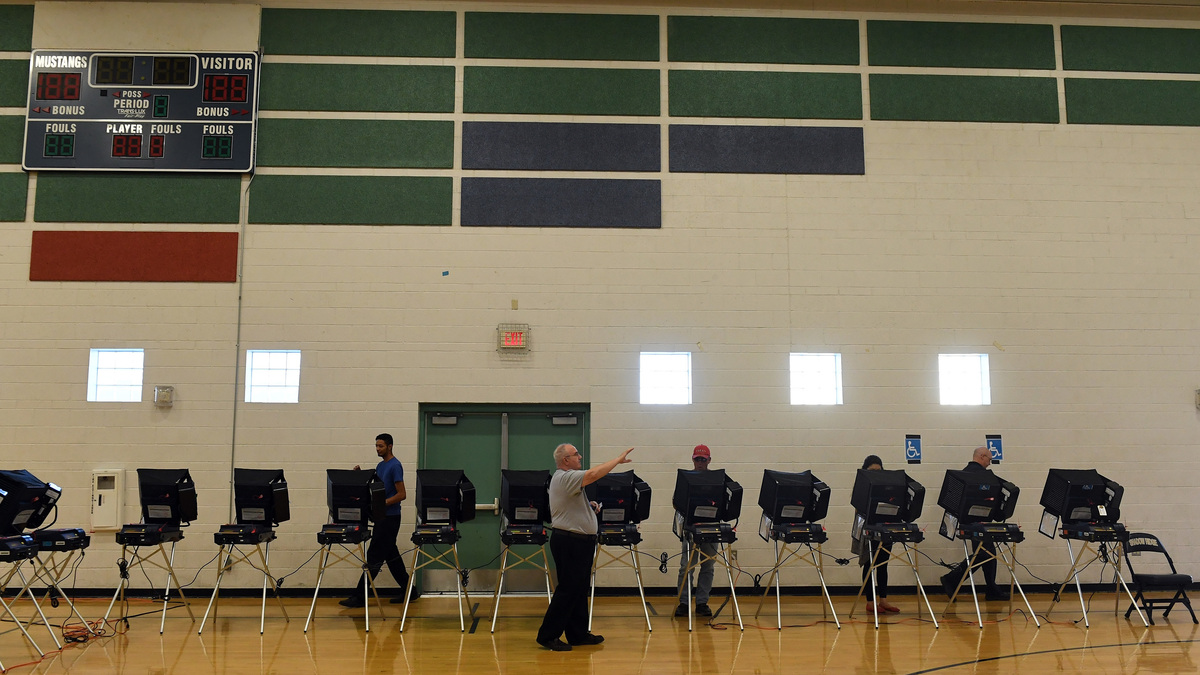 More from Pam: "The Connecticut secretary of state's office said that DHS confirmed Russian hackers tried to break into the state's online voter registration system last year but did not succeed. A spokesman for the office said its information technology department detected and blocked the attempted intrusion but did not know who was probing the system. Officials in California, Oregon and Wisconsin also said they were targeted ...

Anxious about cyber mischief, Virginia goes back to paper

Virginia and New Jersey can't wait until 2018 or 2020 to get serious about election security — they have elections this year, as NPR's Pam Fessler reports. Writes Pam: "One of the most drastic steps was a decision by the Virginia Board of Elections earlier this month to order 22 counties and towns to adopt all new paper-backed voting machines before November. The board decided that the paperless electronic equipment they had been using was vulnerable to attack and should be replaced."

Meaning what? Federal and state officials are concluding there may be no way for them to completely trust all-electronic voting systems, such as touchscreen machines that don't leave a paper trail. Although officials say no votes were changed by cyberattacks in 2016, that doesn't mean changing votes isn't technically possible, which is what states and the Department of Homeland Security want to try to prevent.

Former White House press secretary Sean Spicer has retained defense attorney Chris Mead in the Russia matter, Betsy Woodruff reports for the Daily Beast. Per Woodruff: "Mead specializes in white collar criminal defense and congressional investigations, as well as issues related to the Foreign Corrupt Practices Act — a law that bars Americans from bribing foreign government officials. His law firm bio also boasts that he gained 'extensive experience in money laundering' prosecutions when he was a prosecutor for the U.S. attorney for the District of Maryland."

Meaning what? Spicer got into a kerfuffle with Axios' well-known correspondent Mike Allen, who'd asked him about all those notes he was (in)famous for taking while in the administration. Allen asked Spicer about all that paper he kept. Had he been pulled into the Mueller mix? Spicer, whom Allen has known for years, threatened to "contact the appropriate legal authorities to address your harassment." So, yeah, Spicer and his notes might be in the mix here.

Longtime Trump ally Roger Stone told reporters this week that his attorneys have heard from attorneys for former Trump campaign chairman Paul Manafort that they've been warned Manafort will be indicted. But Stone said he hasn't heard from special counsel Mueller.

Meaning what? Stone's statement, if it's accurate, confirms the blind-sourced reports in the press that Mueller's prosecutors have cautioned — or threatened — Manafort. Stone also invited correspondents to admire his suit, which he said was an example of "fine English tailoring."

The Russia Investigations: Bad Week For Manafort, Social Networks In The Hot Seat