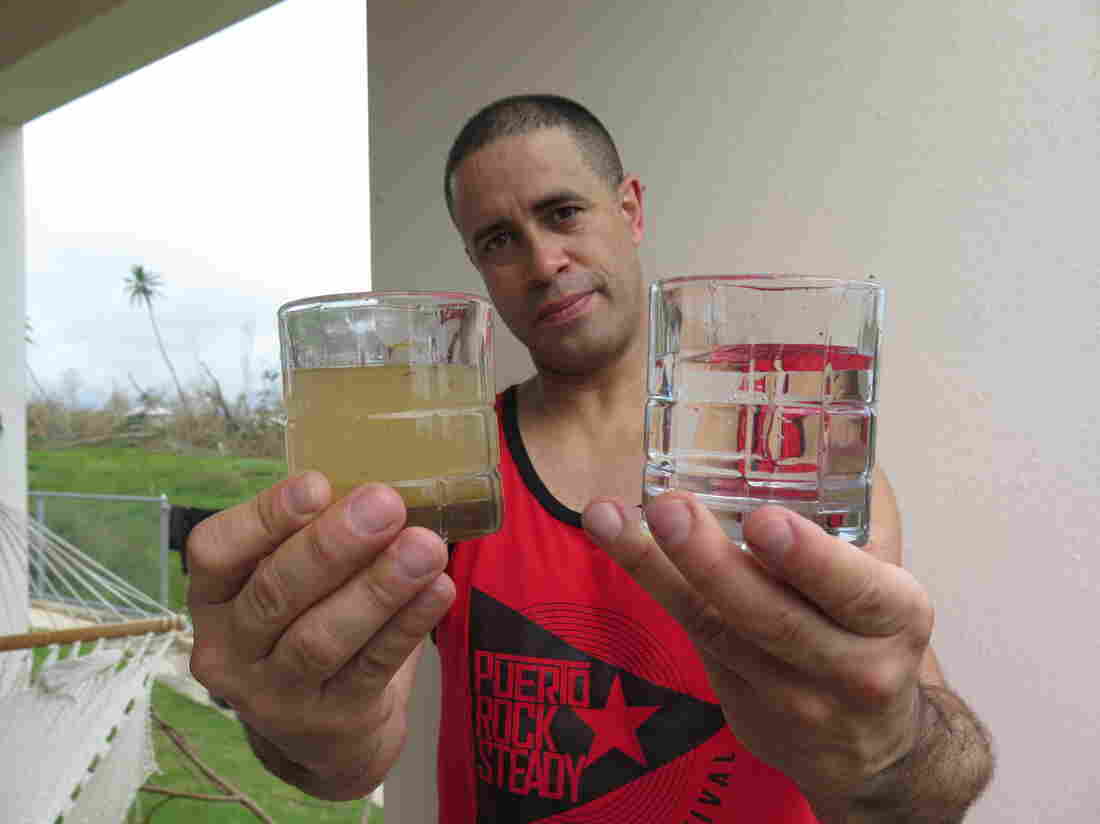 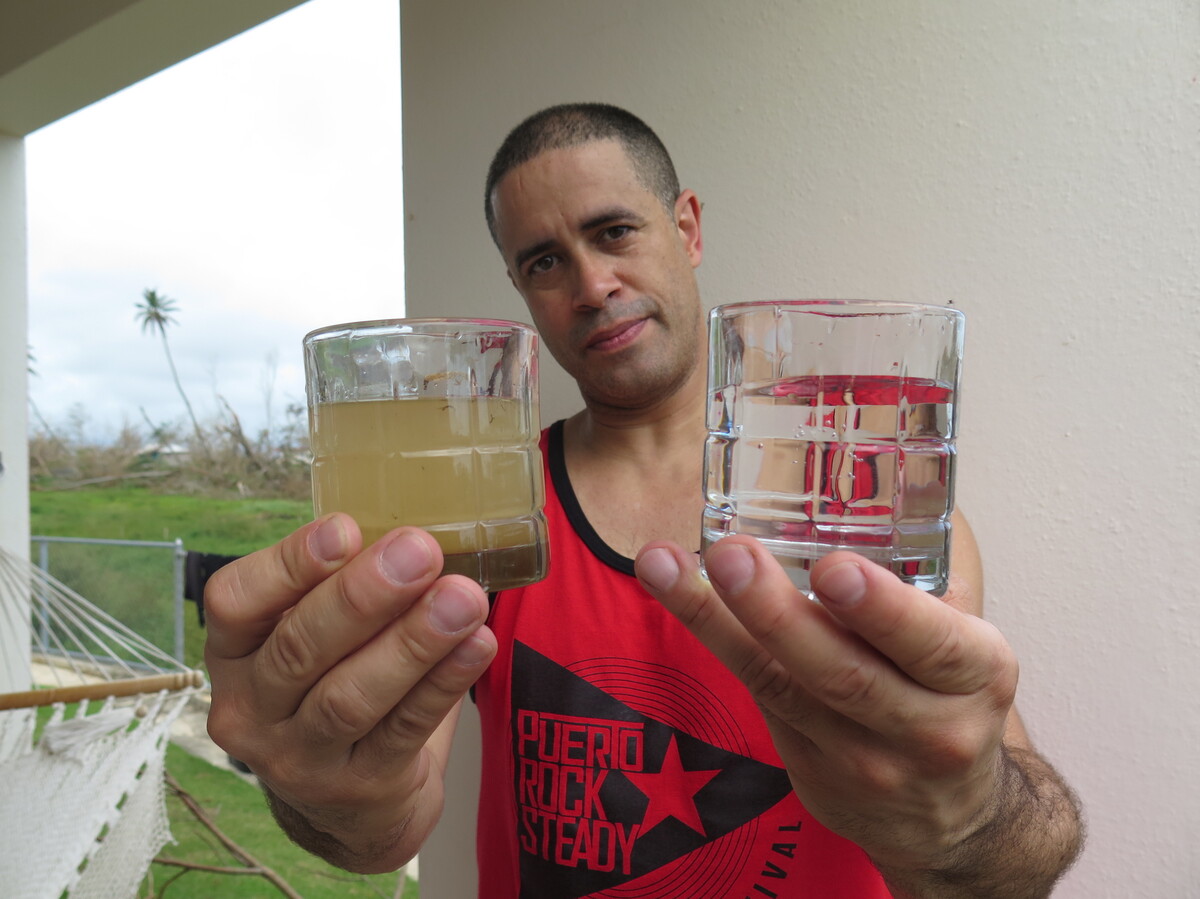 Richard Colón, better known by his stage name Crazy Legs at his home in Isabela, Puerto Rico, shows the before-and-after of the water filtration system he's helping deliver to people in remote areas.

More than a week after Hurricane Maria hit Puerto Rico, most of the island remains without electricity, food and drinkable water. On Sunday, President Trump criticized the U.S. territory's pleas for help and tweeted that Puerto Ricans "want everything to be done for them."

But before that, one famous New York break dancer took it upon himself to do something for his people on the island.

Richard Colón, better known by his stage name Crazy Legs, is hip-hop's most famous b-boy. Back in the 1980s, he and his Nuyorican friends in the South Bronx started the Rock Steady Crew. They went from battling in the streets to performing on dance floors all over the world, and break dancing on TV and movies; that was Crazy Legs as Jennifer Beals' body double, spinning on his back at the end of Flashdance. The Smithsonian's new National Museum of African American History and Culture features a pair of Rock Steady Crew sneakers and a photo of legendary Crazy Legs dancing in the streets.

On Friday, Colón arrived at his cement house, sand-blasted but relatively unscathed, in Isabela, a northwestern Puerto Rico town — where he lives when he's not in New York or traveling the world as a hip-hop ambassador for Red Bull.

He says he's much more worried about people in areas even more cut off from help, where there is no clean drinking water.

"That affects me. Because then it's like you're sitting here, watching everything that your DNA's about go through a struggle," he says.

Colón and his hip-hop buddies started Rock Steady For Life, a campaign to help Puerto Ricans affected by the hurricane.

On Friday, he came back to his second home with loads of supplies, and to work with Waves For Water, a nonprofit group that provides portable clean water filters to people around the world. On his porch, Colón and his neighbors watch a demonstration.

With Bottles And Buckets, Puerto Ricans Seek The Water To Survive

Waves For Water leader Rob McQueen shows them how to create water filtration systems out of very simple materials: a plastic bucket, a rubber hose and a small plastic filter that purifies the water from biological contamination.

"I've done this in 17 countries myself," McQueen says. "I always drink first. I never get sick."

On Monday, Colón and the team will deliver 300 of these water filtration systems and buckets to the more isolated areas in the northwest part of the island. The idea is to train local leaders to show others how to use them. Colón's friend Boris Culbero says people in remote areas have been drinking water from contaminated creeks.

"Those water purifiers are really going to help," says Culbero, "they really hit the spot."

"Trump's lack of care or empathy or sympathy is just one of those things where, why are you even planning to come to PR?" Colón says. "Me, just a b-boy from Bronx, how the hell is it that I'm able to get here before the president of the United States?"

Colón says his relief effort is not a one-off. He and Waves For Water will continue checking up on those water filter systems. As the music Crazy Legs used to dance would say: on and on till the break of dawn.