Accessibility links
Bill Murray And Jan Vogler Take Us To 'New Worlds' On Their New Theatrical Album After the comedian and cellist met on a flight, the two struck up a friendship and decided to release an album on which Murray sings and reads American classics accompanied by a classical trio. 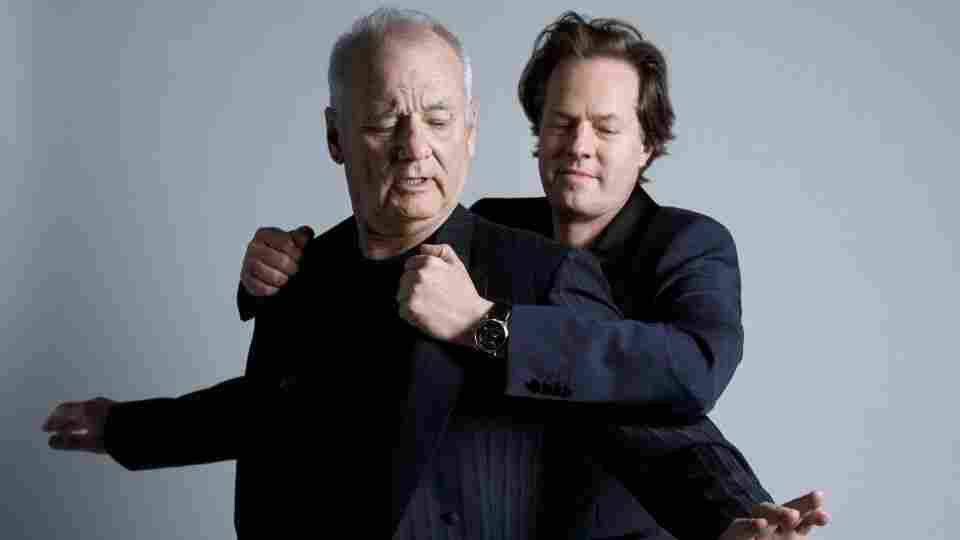 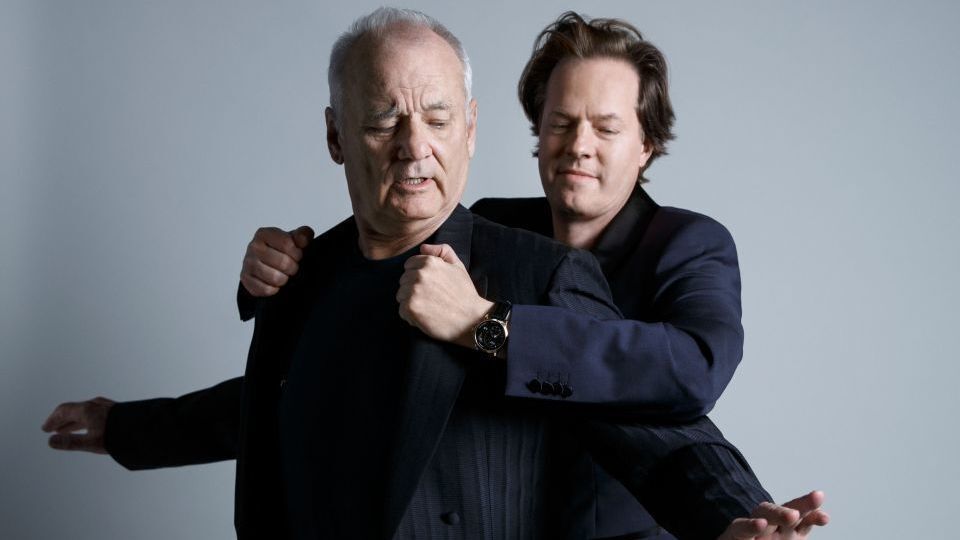 Peter Rigaud/Courtesy of the artist

Bill Murray has come a long way since his early days as Nick the Lounge Singer on Saturday Night Live. He made screwball comedies like Caddy Shack and Stripes. Then he made serious films, like Lost in Translation.

His latest project is New Worlds, an album where he sings and reads American classics accompanied by a classical trio. It was created with the help of Jan Vogler, a German cellist and Murray's creative partner.

According to Vogler, the two met at an airport — specifically, at security. "Bill started making comments on my cello," Vogler says. "I think he was a little surprised that I was trying to carry that huge baggage into the airplane."

Murray says he asked "the real question: 'Are you going to be able to fit that thing in the overhead compartment?'"

So the two struck up a friendship — and then, they decided to put out an album.

One selection on New Worlds finds Murray reading a passage from Mark Twain's Huckleberry Finn. The text feels relevant to this moment, when many Americans are reflecting on what it means to be American and revisiting the legacy of the civil war. Murray says these themes from Huckleberry Finn resonate with his musical group.

Elsewhere on the album, Murray gives an earnest rendition of Van Morrison's "When Will I Ever Learn To Live In God?" He says he was inspired by an experience listening to the song as he drove across the California desert, completely abloom with flowers because of this year's heavy rain.

"I've made this drive a number of times in my life and I've never seen all this beauty," Murray says. "And as I got to the top of the divide, there were people that had come up from the desert to see the flowers ... It had that look of Close Encounters of the Third Kind, where they're all looking and they're transfixed. And this music just got me, and I felt like we were all listening to the same song."

Hear Murry and Vogler discuss their collaboration, and additional selections from New Worlds, at the audio link.